Twenty years ago I didn't have to wait for the snow to melt so that I could go riding. Back then, I was living full time on the A show hunter/jumper circuit, managing a mobile tack shop based out of Memphis, Tennessee. Now Memphis is no Denver, but the winters can be cold and wet. It's not good horse show weather, so come January, my bosses and I did what everyone else in that industry does. We packed our bags and headed to Florida. 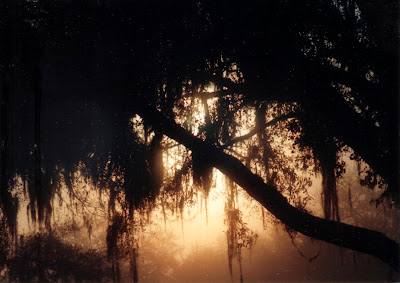 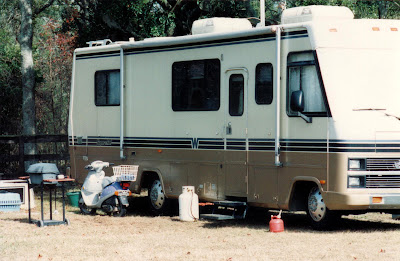 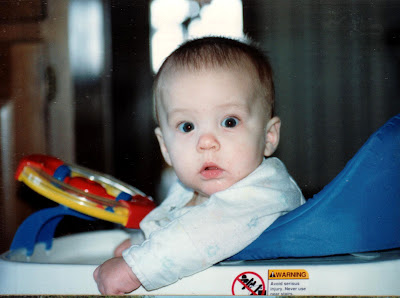 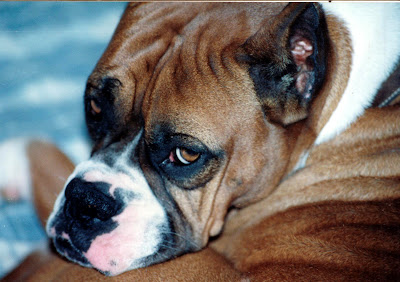 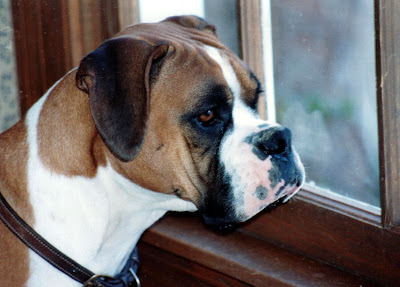 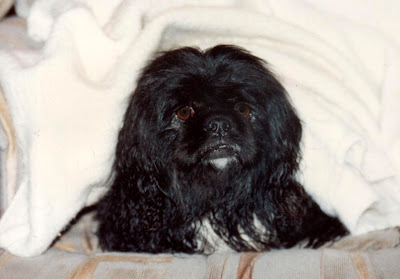 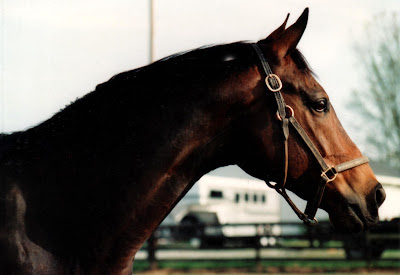 Once we were there, I spent most of my days working in the tack shop. 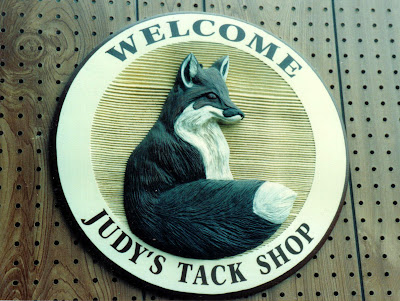 This kept me busy, but I have to admit that it got a little lonely hanging out with the saddles. 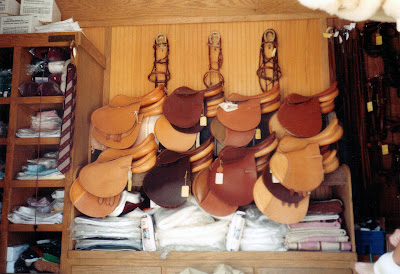 I was pretty shy in those days and hadn't lived on the circuit long enough to have made any close friends. The only people I remember hanging out with that first year were my bosses, their friends and this Canadian girl who would bring her rabbit to the shop. 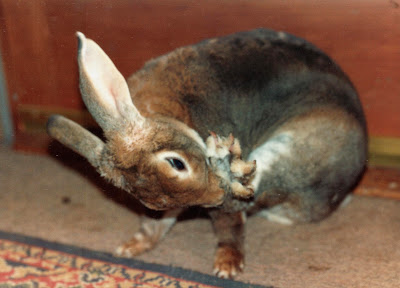 She let it hop up and down the aisle, which was kind of weird, but whatever. She was good company! 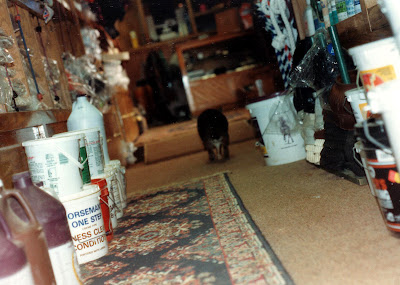 Of course, the horsey benefits of wintering in Florida more than made up for a little bit of loneliness. The HITS circuit wasn't as big or as glamorous as the Winter Equestrian Festival in West Palm Beach, but I didn't care. I was just so excited to be there and to be a (small) part of it all.

The mobile shop was set up next to the Grand Prix ring, so I spent a lot of time watching jumpers. I barely had enough money to buy film, but that didn't stop me from taking a few photos. This is Ragan Roberts on Italia. 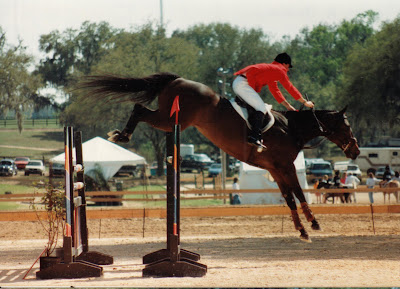 The next two horse and rider teams both hailed from Canada. This is John Pearce on Super Trooper... 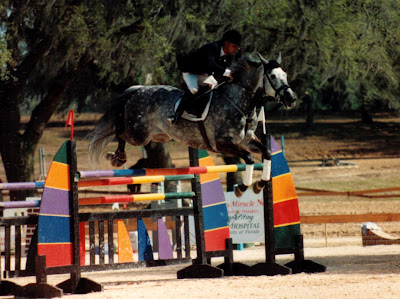 and this is Jay Hayes on Zucarlos. 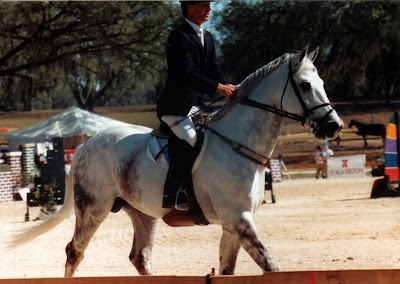 My friend with the bunny rode with Jay Hayes, so I made sure to get several pictures of him. 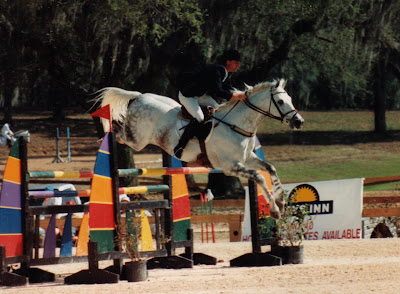 Vicky Miller was there with her two good jumpers--Catch a Wave... 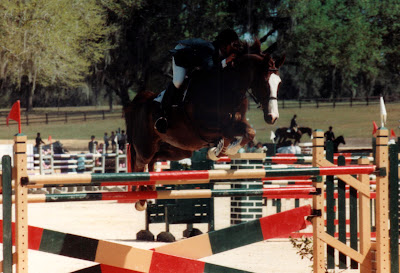 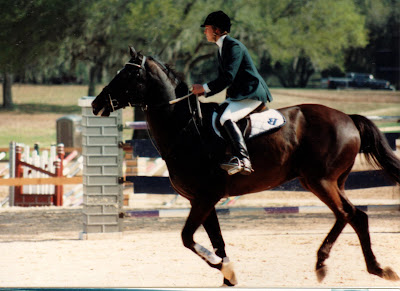 This big gray was named Mafito. He had some kind of rags to riches story that I can't quite remember, but it impressed me at the time. Nancy McClure is in the irons. 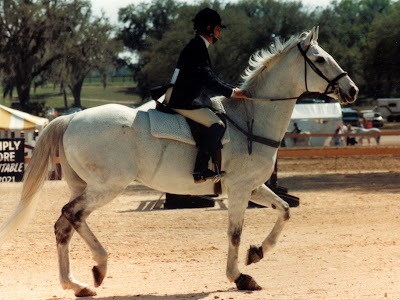 Last but certainly not least, is Czar. This was Rodney Jenkins' double silver medal winning mount in the 1987 Pan Am Games in Indianapolis, Indiana. He was in Andrew Philbrick's barn in 1992, and that's Andrew riding him in the picture. Interestingly, my good friend Tracey was working for Andrew at that time. Even though my bosses' hunter was stabled with Andrew's horses, it would be another couple years before Tracey and actually I met. 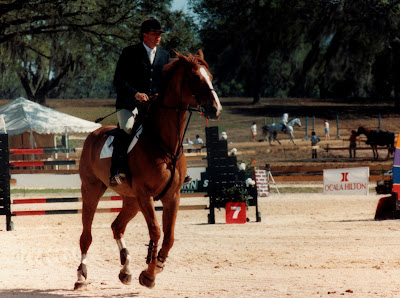 One person I did meet at the tail end of the 1992 HITS circuit was my friend, Cathy. She became a huge part of all my future trips to Ocala. In fact, it's safe to say that my friendship with Cathy was one of the best things about wintering in Florida! 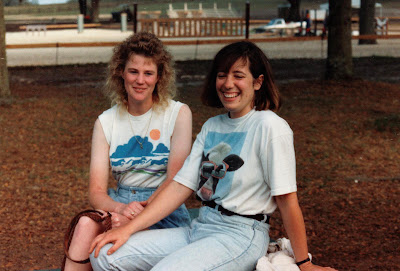 I have a pretty good life these days. I like my husband and kids, the dogs and the rats, the part time pony, my tackmaking business, even the messy little house in the suburbs...  I wouldn't trade what I have now for what I had then. Still, I wouldn't mind going back for a day or two!
Posted by Braymere at 3:37 PM