My love of bargains and projects is not confined to "you finish it" saddle kits.  Over the years I've amassed a staggering number of four legged projects.  Most of these are languishing unfinished in a box in  my basement.  Every now and then, however, I get motivated and dig up a few.

Last Friday was one of those days.  I packed a box of horses and tools and headed out to my friend Regan's house for one of our semi regular "epoxy days." 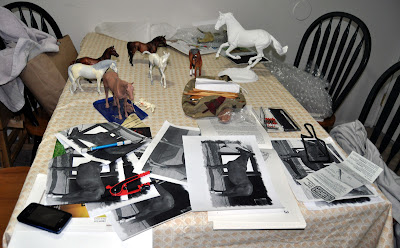 I brought two victims.  The first was this little Suki resin who I bought as a second quality casting several years ago.  Suki was cast without support wires in her legs, and she's experienced a lot of issues with warping.  As you can see, her left foreleg had moved so far under her body that she could no longer stand upright. 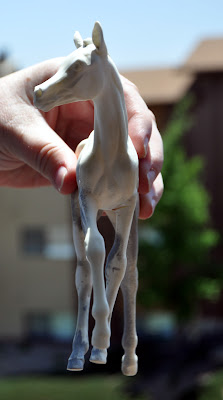 Regan and I always work on each other's horses, so I let her cut and bend the foreleg back into place.  Hopefully this time it will stay put! 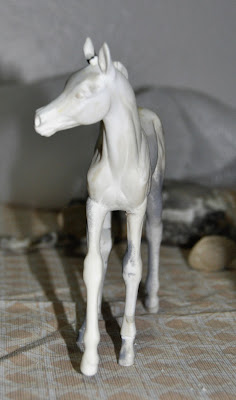 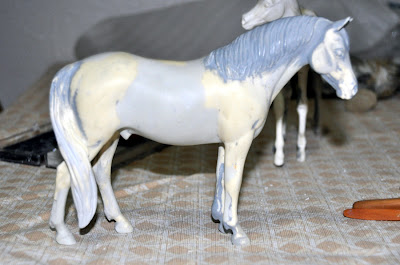 I bought this guy for $15, shipping included.   He's still got a long way to go, but his tail is looking a lot better thanks to Regan's new set of carbide scrapers. 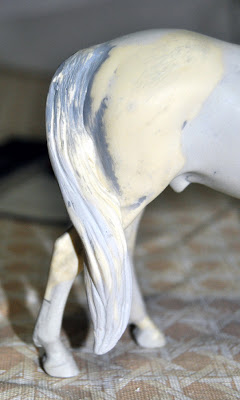 Regan and I both spent some time working on Regan's original sculpture, Virginia.  It's been a long slow road with this girl, but she's coming along nicely! 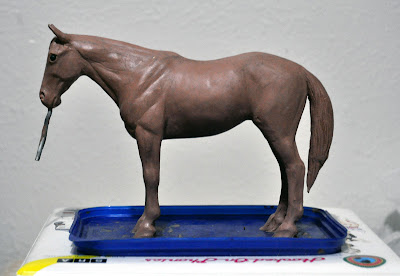 One last picture--here are Regan's two newest models.  Talk about Beauty and the Beast! 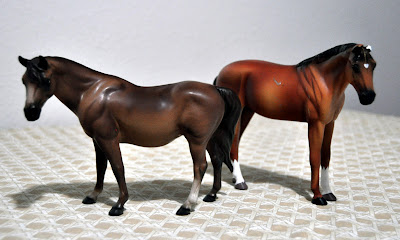 There's no better way to spend a day than hanging out with a friend and working on ponies.  Thanks for having me, Regan.  Maybe one of these days we'll actually finish something!
Posted by Braymere at 4:12 PM