The horses of St Louis

No matter where I go, I'm always looking for horses.
This was certainly true during our trip to St Louis.  Even though none of our destinations were specifically chosen for their horse appeal, I was able to find all manner of equines.  The horses of St Louis fell into three catagories--fanciful, historical and draft.
Most the of the fanciful horses were housed at City Museum. 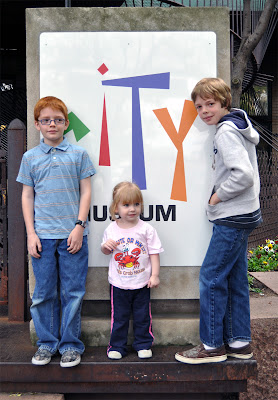 City Museum is quite possibly the coolest museum ever.  Its only failing is that it's not very horsey.  For a long time it looked like I'd have to settle for sea horses. 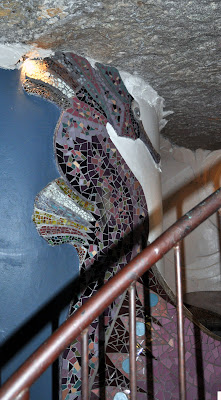 This guy looked like a horse from across the room.  Unfortunately he was quite llama-like on close inspection. 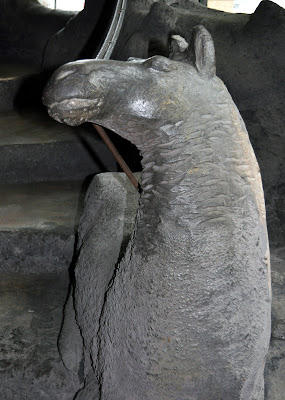 We had to go up to the third to find a real honest-to-goodness horse. 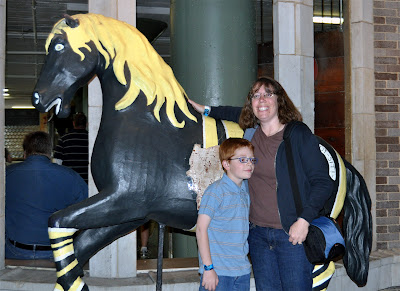 Because of its overall awesomeness, I won't hold City Museum's lack of horseyness against it.  Still, I felt compelled to add a horse to the wall in the art room. 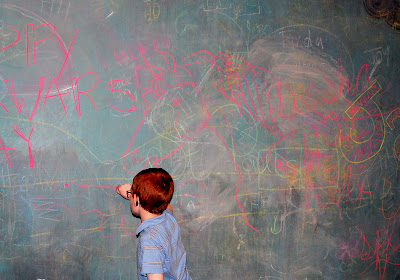 The next stop on our tour of downtown St. Louis was the Arch and its accompanying Museum of Westward Expansion. 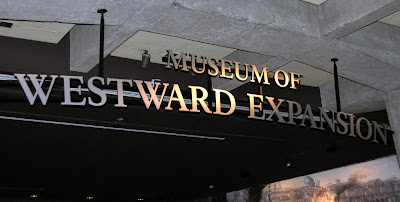 Right off the bat, it was obvious that this was a much horsier museum. 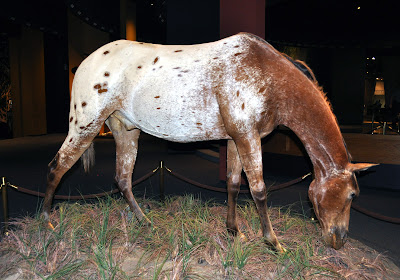 We were all simultaneously intrigued and repelled by the taxidermied Appaloosa in the lobby. 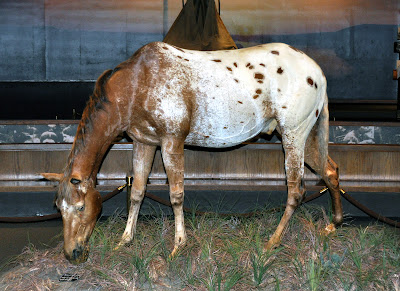 Since horses were a fundamental part of settling the West, there were lots of horse photos... 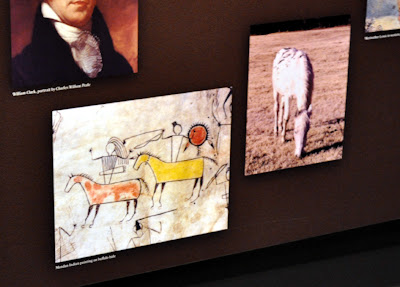 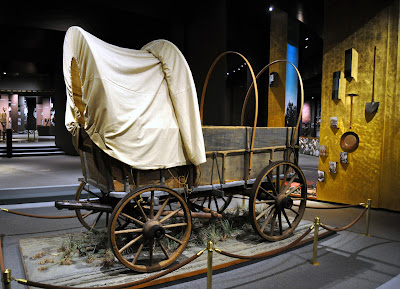 These included a nice selection of old saddles, including Western saddles, 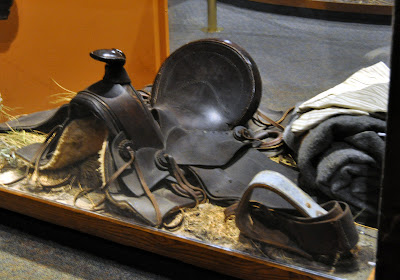 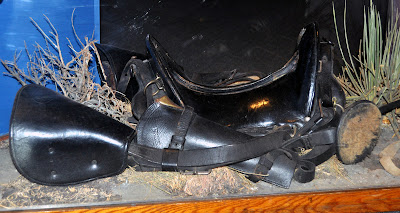 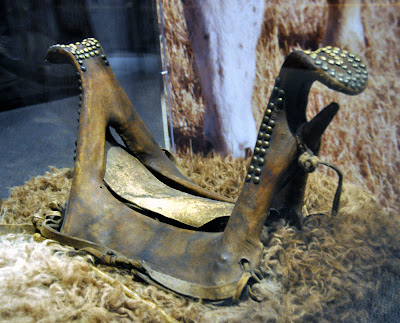 Onto the draft horses!  Jason and Katie were married at Daniel Boone Home in Defiance, Missouri. 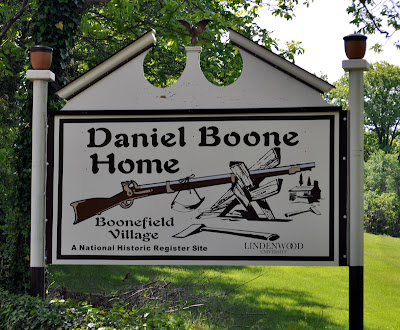 While touring the site after the rehearsal, we were delighted to find this Clydesdale. 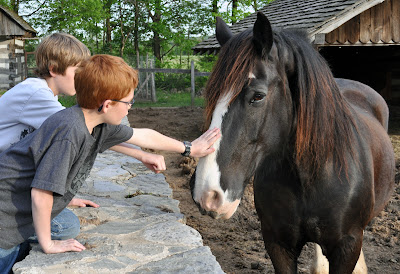 Every wedding party should have a big friendly horse to pet! 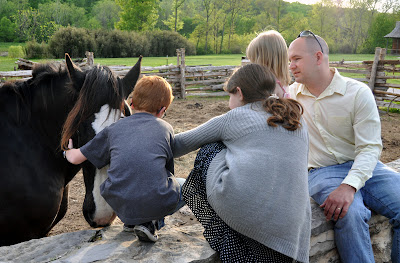 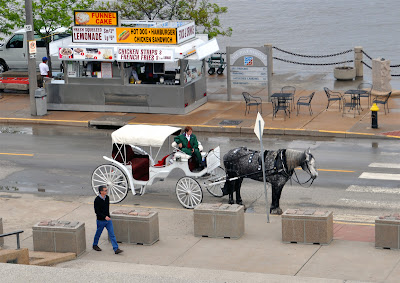 That meeting was so wonderful that I've decided Dan gets a post of his own.  Look for that tomorrow!
Posted by Braymere at 4:54 PM