Tack at the Buffalo Bill Museum

As promised, here are the pictures of the Buffalo Bill Museum's tack collection.  First up is probably the most iconic piece--thes cowrie shell bridle.  This bridle was presented to Buffalo Bill by King Edward VII.  The bit is inscribed with the words "Prince of Wales Own Hussars." 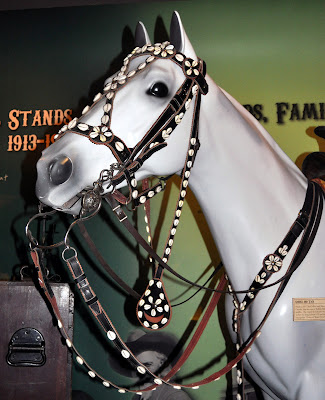 In 2004, Susan Bensema Young made a traditional sized version of this bridle.  You can view it on her website--Just like its full size counterpart, it's truly an amazing piece! 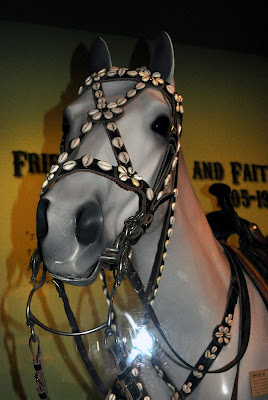 Although Buffalo Bill owned several saddles, this was one of his favorites.  It was made in 1897 by Collins and Morrison of Omaha, Nebraska. 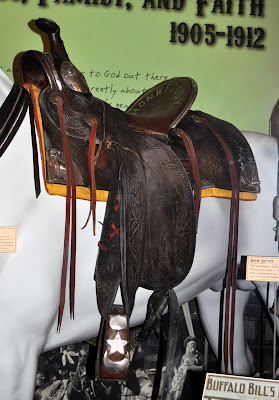 Another one of Bill's saddles. 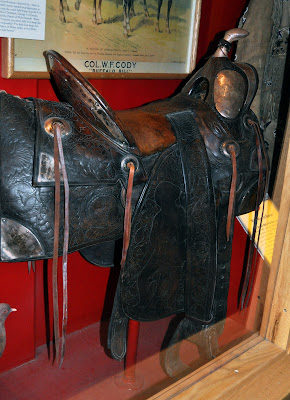 Close-up of the tooling. 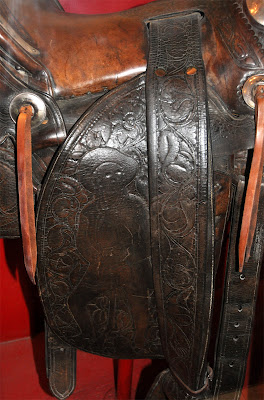 This saddle was used by an unnamed performer in Buffalo Bill's Wild West.  It was made by R.T. Frazier of Pueblo, Colorado in 1910. 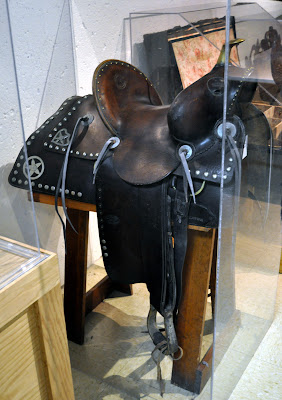 Unfortunately some of the museum items don't have much in the way of documentation.  This frame saddle was described simply as "Native American Rawhide Saddle." 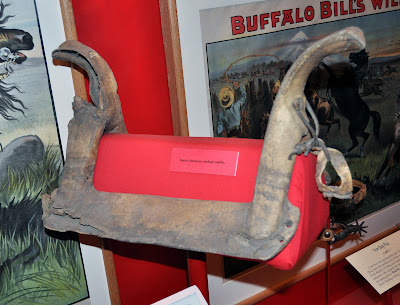 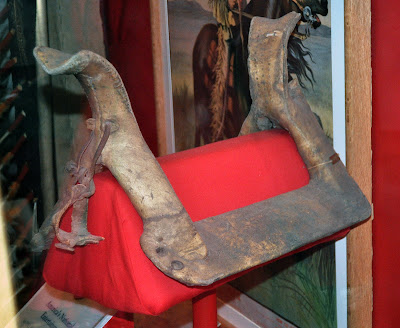 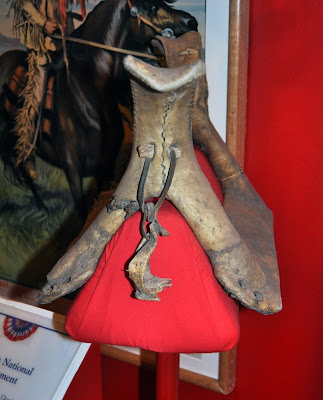 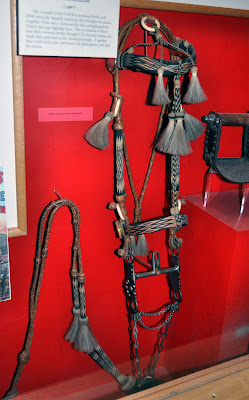 Detail of the browband decoration. 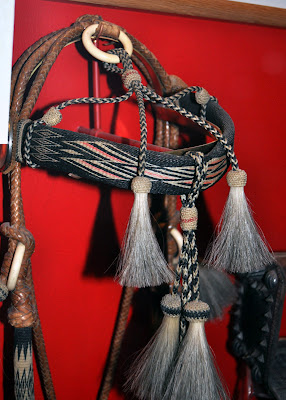 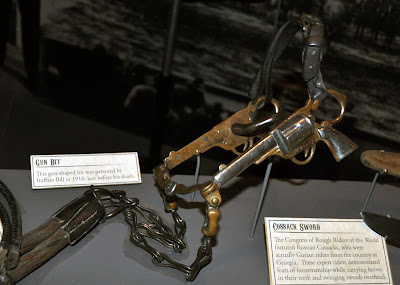 and some very neat stirrups round out today's tack tour. 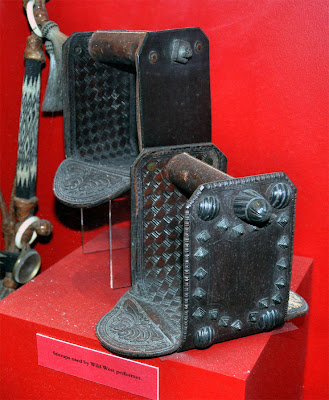 One last picture--this isn't tack but it was on display in the museum not the gift shop. 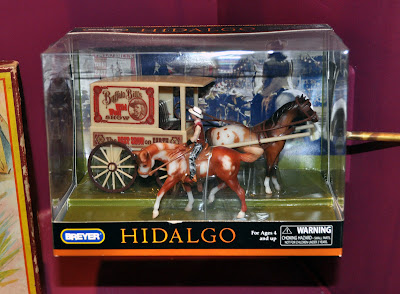 I really enjoyed my day at the Museum and hope to return at a later date when it's a bit less crowded.
Posted by Braymere at 12:09 PM