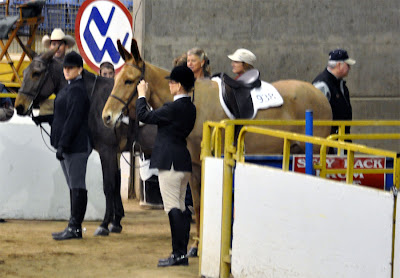 The judge approached each exhibitor and asked her to remove the bridle. 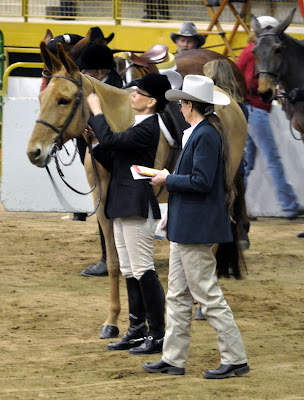 She checked the bit to make sure it was legal (they all were)... 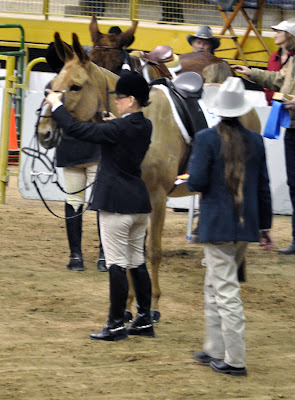 and then went on to the next exhibitor. 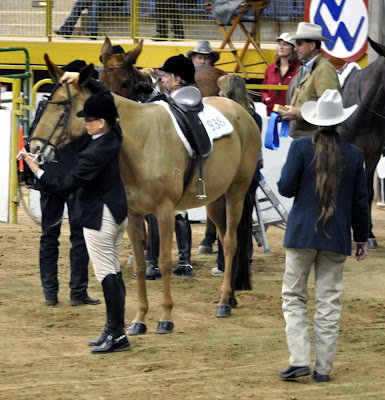 Once this was completed, the mules were rebridled, the riders mounted up and the class proceeded as normal. 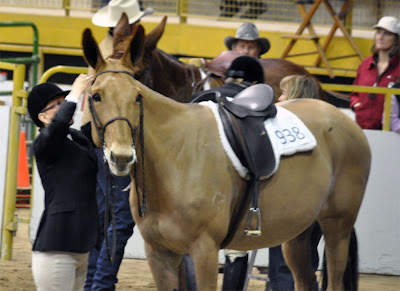 I especially like this picture because it clearly shows the remounting, retacking and bit checking all going on at the same time! 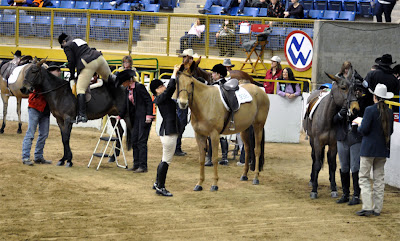 I've seen performance showers use the bit check to slide a marginal model into a performance class for which its not particularly suited (usually reining but sometimes dressage).  I'm not generally a big fan of that approach, but if you are, feel free to use these pictures in your reference material!
Posted by Braymere at 6:24 PM