I didn't buy very many models in 2010.  In fact, my purchases were limited to just three resins--only one of which was painted.  Despite that, I did manage to add a lot of pretties to my collection.  Here's the rundown.
First up is Glambert, a Ravenhill Revisited resin painted by Liesl Dalpe.  He was the balance on a tack trade that dated back to 2008! 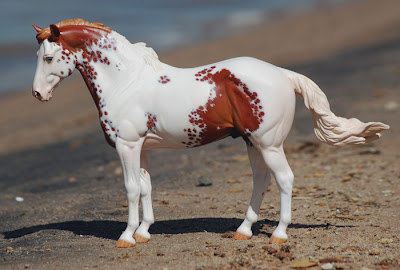 The second 2010 horse also has his roots in 2008.  That's when I bought a two piece big Boreas resin from Karen Gerhardt.  I fixed him up and eventually sent him off to Mindy Berg for paint.  He came back home in April and I named him Dhaulagiri. 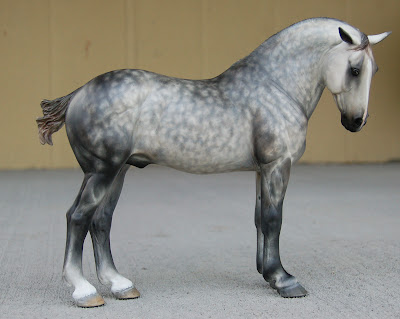 BFF is a Stacy Tumlinson Scarlett resin customized and painted by my BFF Tiffany.  She is shown winning the Resin Draft Championship at the Rocky Mountain Rendezvous live show. 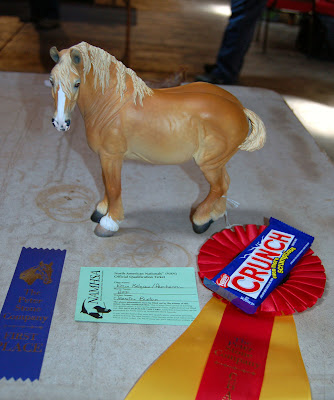 Strictly speaking, I've owned customized Romke resin for several years.  However, I didn't finish his paintwork until this spring.  In my books, that makes him a 2010 horse! 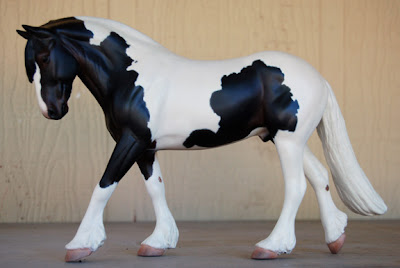 Sweet Basil is the result of two separate tack trades--one for the resin body and another for the paintwork.  She is a Morgen Kilborn Hazel resin painted by Jennifer Scott. 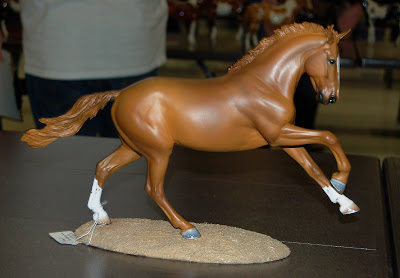 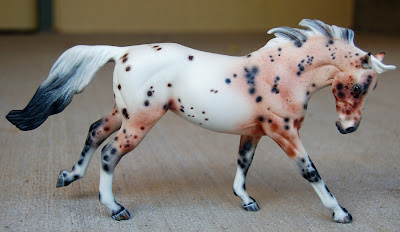 And just in case you think it's all resins, all the time at Braymere Custom Saddlery, here's proof that I'm not quite that single minded.  I absolutely love my Stage Mom and Child Star models.  White Trash Girl and Welfare Baby are pictured winning the Other Performance class at Rocky Mountain Rendezvous. 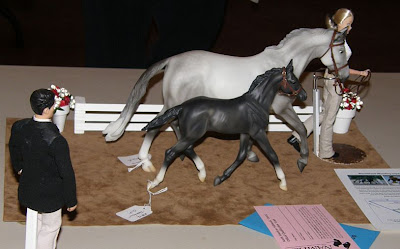 Of course the big performance winner at Rocky Mountain Rendezvous was my old/new Jasmine resin, Emma.  I won Emma in sculptor Mel Miller's 2008 blog contest, but she didn't get finished until 2010.  Fortunately for me, this amazing paint job was worth every minute of the wait.  Thanks Tiff! 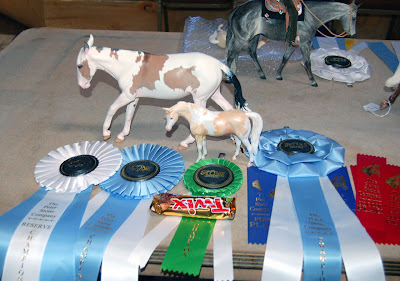 Here's the one finished model I actually paid money for.  This is Dagobert, a SMB Otto resin painted by Sonya Johnson. 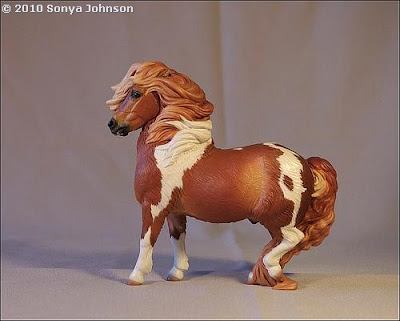 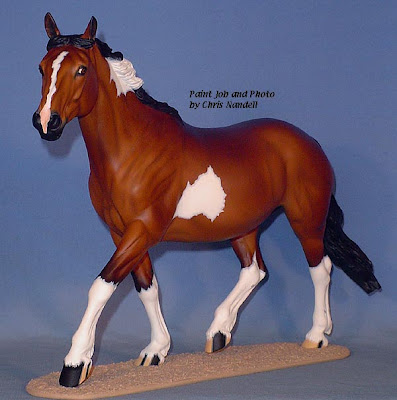 Just for grins, here's a peak at the two unpainted models I purchased this year.  Toot Sweet is not currently in my possession.  She's hanging out with Tiffany in Illinois awaiting some pintaloosa spots.  Hopefully she'll return to Colorado in 2011! 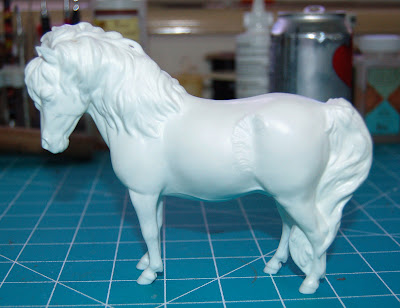 Little (green) One is more likely to be a 2012 or 2013 model.  She's currently parked on the corner of my work desk, and truth be told, I kind of like her just the way she is! 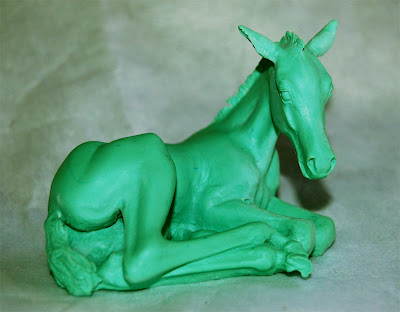 Well, this has been a lot of fun--at least for me!  2010 may not have been a very good year in most respects, but I can't complain that I didn't get a whole lot of nice horses.
Posted by Braymere at 3:24 PM