More pictures from the Halloween With Horses celebration which was held this past Saturday at the Colorado Horse Park in Parker, Colorado.  These photos were taken during the second costume class which was for riders and handlers between thirteen and twenty one years of age.
First up are a couple horses of a different color. 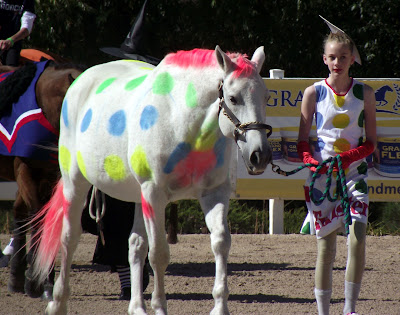 I wonder how long it takes to get the paint off? 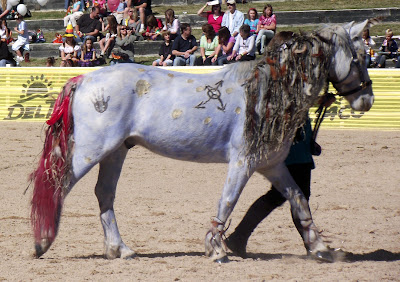 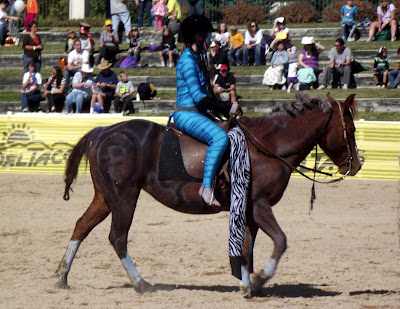 There were two separate Avatar entries. 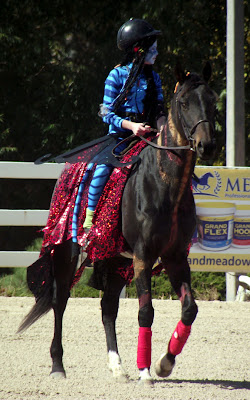 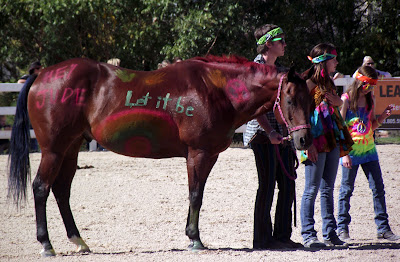 A pair of unicorns ridden by Cinderella and Prince Charming. 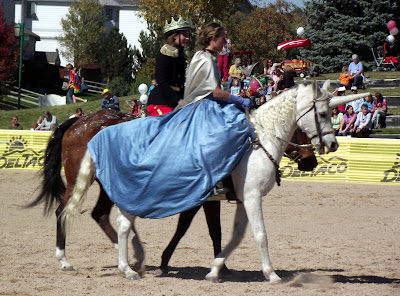 The Wicked Witch of the West and her Flying Monkey.  I really liked this one. 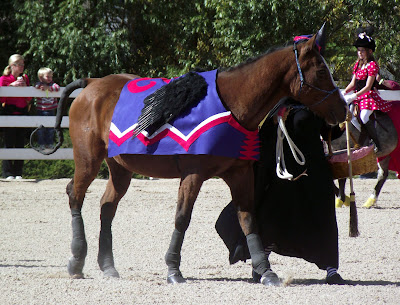 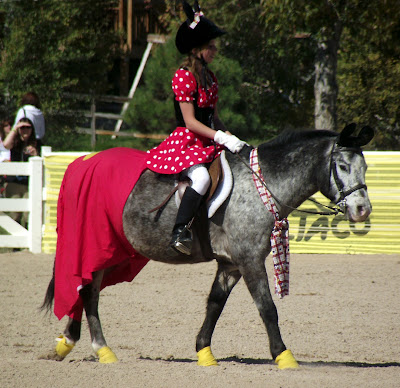 Of course you can't have a costume class in Colorado without a Broncos entry... 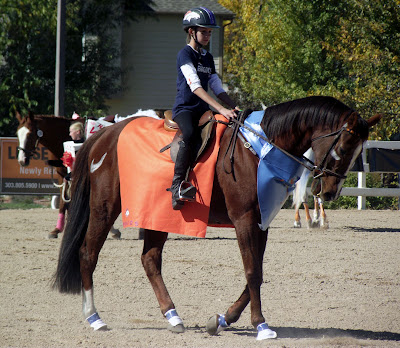 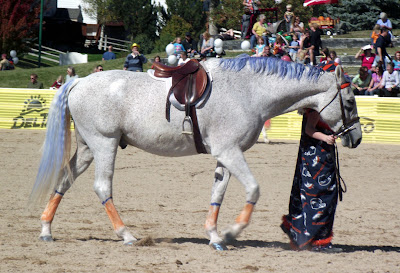 The people at Kids and Horses took the football theme to the extreme.  Their entry included two goal posts, four horses, a team of football players and a squad of cheerleaders. 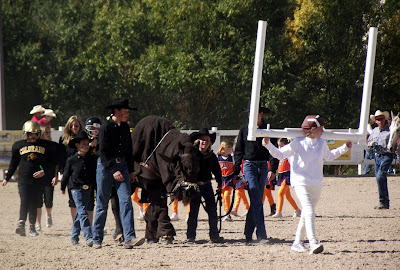 One horse was dressed as the mascot for the University of Colorado Buffaloes, 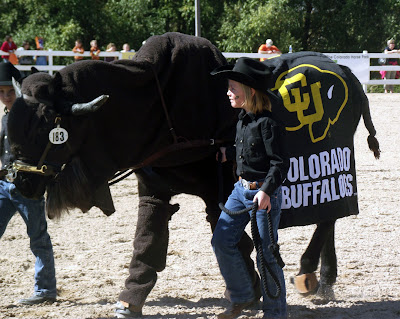 another masqueraded as Cam the Ram from Colorado State University, 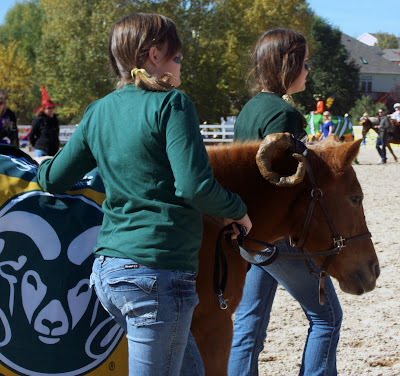 and this mare named Taco represented the football! 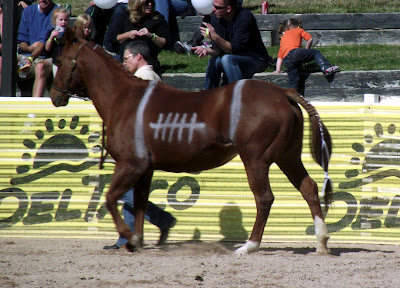 Third place and the yellow ribbon went to the Box of Chocolates entry, 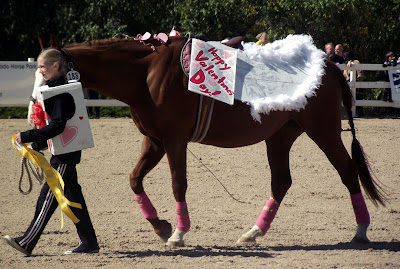 Cinderella and Prince Charming were second, 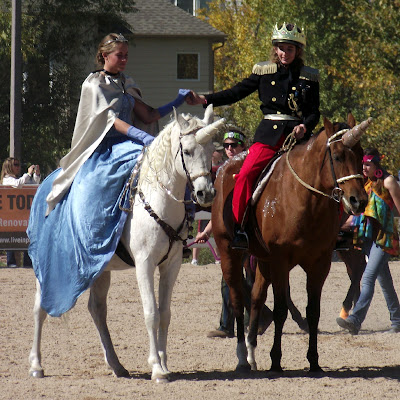 but it was the football team who took top honors, winning not just their age division but also the overall prize for this year's best costume.

Two down, one to go.  The twelve and under costume class is next.
Posted by Braymere at 12:52 PM