Thanks to everyone who participated in yesterday's guessing game.  The hardware in question was used to build a set of Cobra collars. 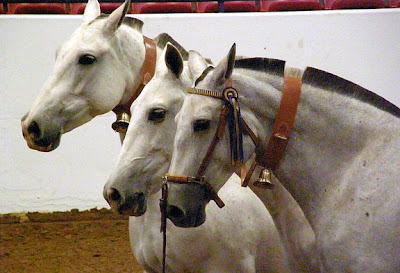 A "cobra" or "copra" is a group of Andalusian mares shown by a single handler. 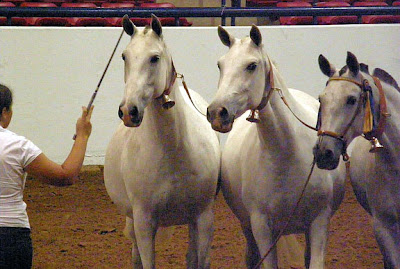 One mare also wears a Spanish type halter often with a seretta noseband. 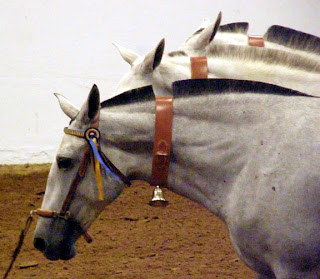 The mares are linked together with belled, leather collars. 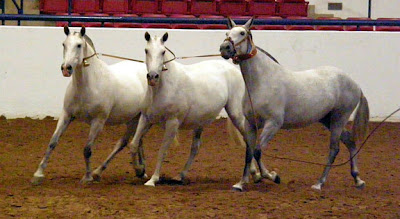 Most cobras consist of three to five mares, although larger copras are not unheard of. 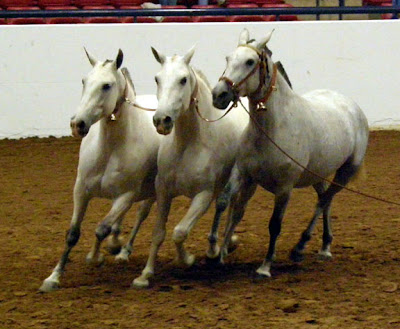 Breeders use the cobra class to display their ability to breed a very consistent type of horse. 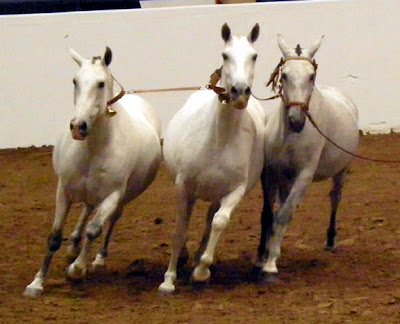 The mares (and foals if present) are groomed in the traditional Spanish style.  That is, their manes and forelocks are roached off. 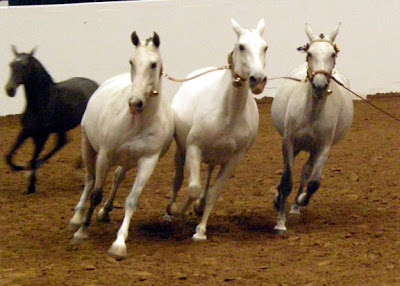 The mares' tails are shaved at the top and banged at the bottom. 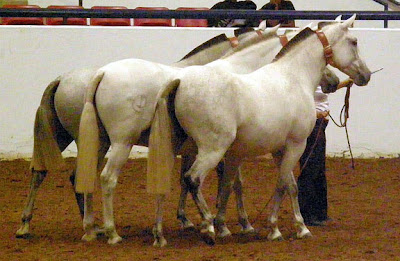 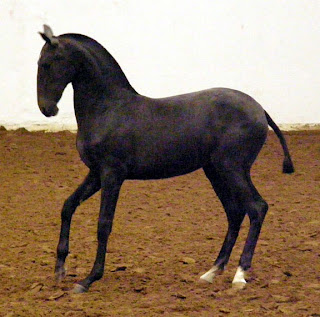 Kellye Bussey took these pictures at the 2009 International Andalusian and Lusitano Horse Association National Show in Fort Worth, Texas and has kindly granted me permission to post them here.  Thanks Kellye!
Posted by Braymere at 3:05 PM