Yesterday's post reminded me that I haven't yet shared the start box pictures I took at the Colorado Horse Park CCI and Horse Trials last June. Since start boxes are a common sight at a model horse shows, I thought it would be instructive to document the way that real eventers negotiate this obstacle.
The start box at the Colorado Horse Park is a three sided box. However, two of the three sides have openings through which the horses can enter and exit. 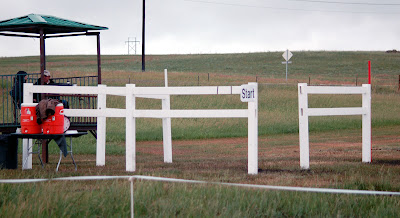 Each competitor is given an official start time for the cross country phase of the event. As that time draws near, the rider is called over to the start box. Typically most riders do not enter the box immediately. Instead, they circle the horse outside the box while they wait. 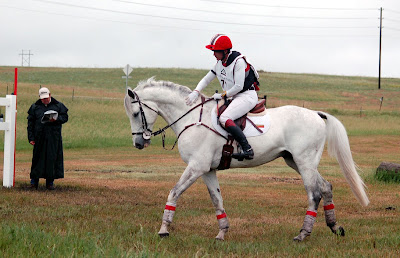 During this time, the starter keeps the rider apprised of the time remaining. Eventually (usually under the one minute mark), the rider enters the box, 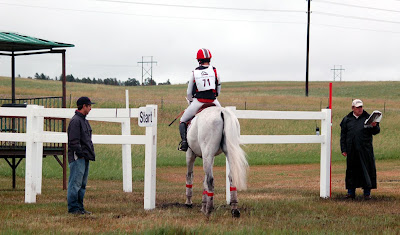 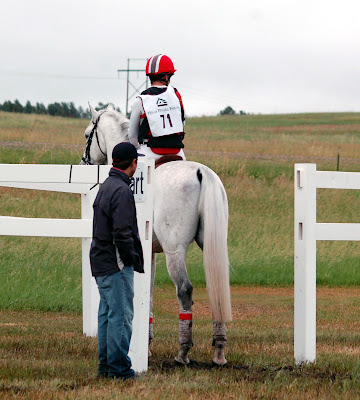 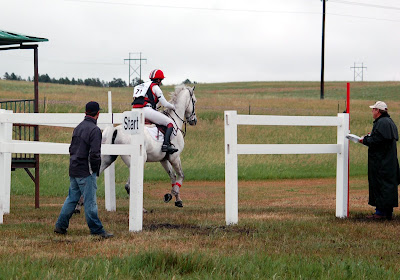 Heading down to the first fence. 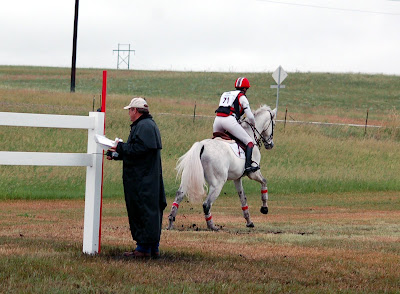 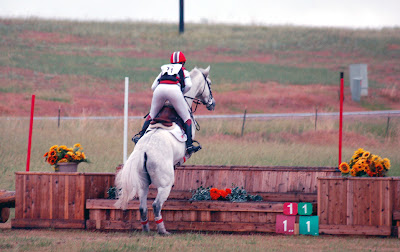 Although I've never seen a starter in a live show start box set-up, you can bet I'm going to have one in mine. The interaction between the starter and the rider is a key part of this obstacle. 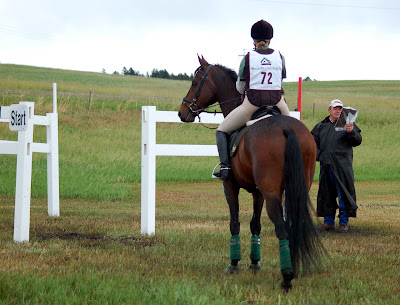 It's also worth noting that every horse we saw at this event left the start box at a canter or gallop. However, it's fine to use a trotting model particularly if you specify that it's competing at one of the lower levels. 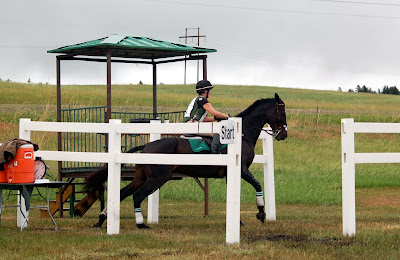 And for those of you that really like dolls, here's a way to get a third person into your start box entry. This young rider's horse was acting up as he waited outside the start box. The girl's trainer came over and took a hold of his bridle. 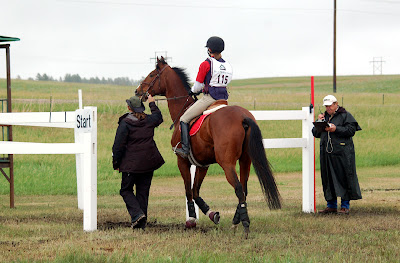 She led him into the start box and stayed there until the starter said go. 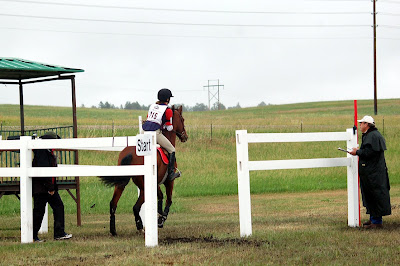 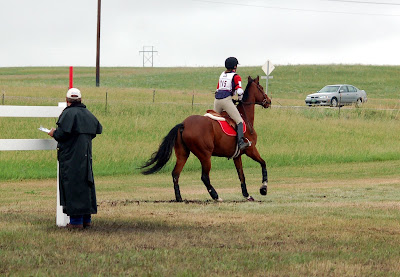 And now I've got to go, too. After all, I have a live show to prepare for and my model sized starter needs a radio and clipboard...
Posted by Braymere at 10:49 AM