For the past ten days I've been busy making tack and props to use in the performance division of the upcoming Rocky Mountain Rendezvous live show. I've accomplished a lot in that time, but inevitably I won't get to everything on the list. Fortunately, what can't be made can often be borrowed, especially if you're lucky enough to have a couple very generous friends. Here's a look at a few of the goodies that have been lent to me by my friend Tiffany Purdy.
First up is this really unique and amazing parade set made by Tiffany and Kathy Wiggins. 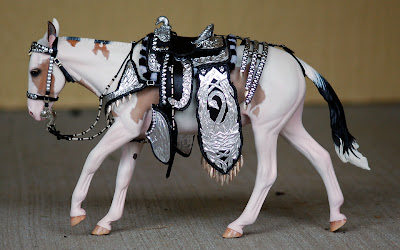 The silver decorations are a combination of tape, iron on crystals and nailheads and other findings. I can't be certain, but I think the swan head horn was sculpted out of precious metal clay. 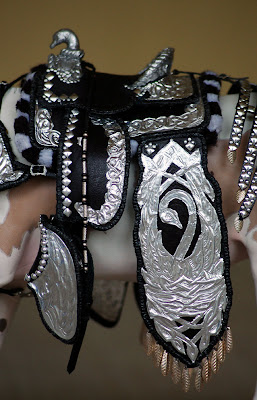 Detail of the bridle. I really love the sparkle and dimensionality of the iron on decorations. However, I am not enamored with their lack of long term adhesive power. This parade set came with a repair kit, and I spent an hour or two regluing spots and crystals this morning. Despite that, I managed to knock a couple more out of place while tacking up my mule. 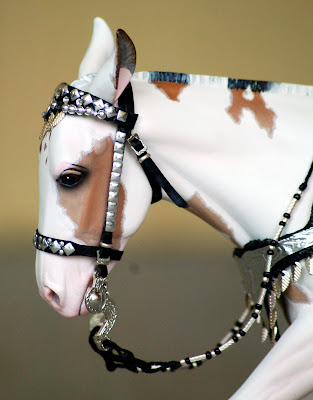 But that's not all! Trashy gets a parade set, too. This one was made by Shannon Granger of Riversong Saddlery. 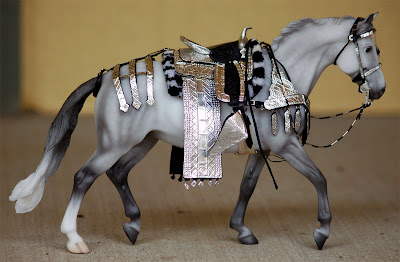 It's a rare pleasure for me to have two parade sets of this caliber in my possession. There's so much to learn from other tackmakers. It's been both interesting and instructional to see the different ways that Kathy and Shannon tackled the same set of problems. 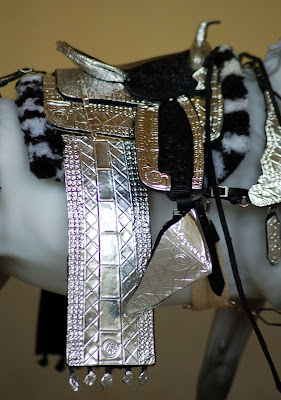 And what is this cart doing here? I do not remember telling Tiffany that I wanted to show harness!! 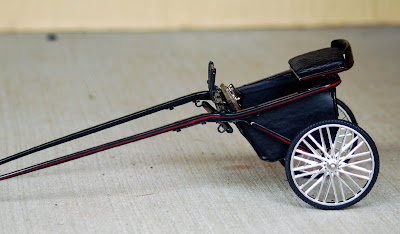 On second thought... This is a really nice cart. So nice, in fact, that I just might be persuaded to attempt all those buckles! 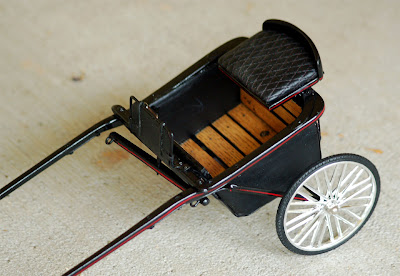 Hmmm. Gotta run. It seems I have a harness to try on!
Posted by Braymere at 2:10 PM