Vicky Norris was also at the Red River Live show in Gainesville, Texas this weekend. After viewing my last post, she sent along a few more pictures from the show.

First up is Brio Imari Tex shown winning the scene class with his BCS packing set. This model went on to be named Overall Champion in the Custom and Resin Performance Division. 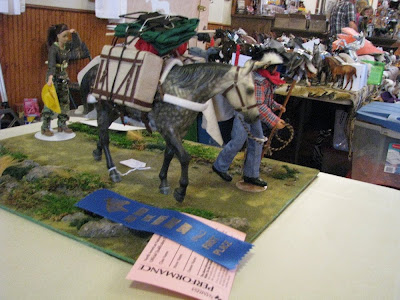 Wulfe was also a big winner and is shown here in his BCS saddleseat tack. 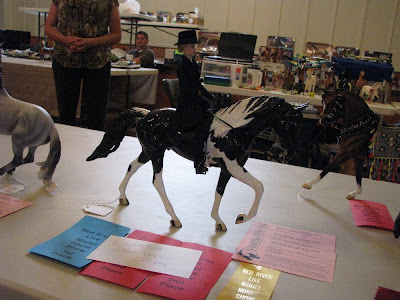 Last but certainly not least is Kachera. She placed second in the Hunter class with this Handy Hunter entry and went on to win the Overall Championship in the Original Finish Performance Division. 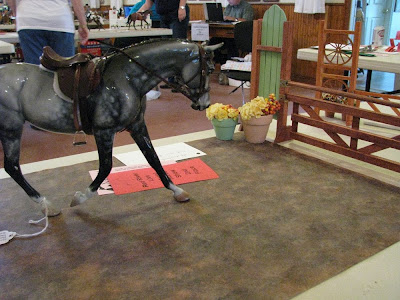 Congratulations, Vicky!! It's showers like you that make my tack look good. If you'd like to view all Vicky's show pictures, be sure to visit her Webshots album.
Posted by Braymere at 4:08 PM