After a month of emails and phone calls, reference checks and home inspections, it turns out that I will not be getting the cute little golden puppy.

"It's not that I don't like you, because I do," the crazy rescue lady told me.  "All your references checked out and I can tell you're a good dog owner.  Still, I just have this gut feeling that something isn't right and I think it's God's way of telling me that you're just not the right family for Gracie.  I really do like you, though."
This would probably be funny if it wasn't so disappointing.  I knew it would be hard to replace Abbie, but this isn't the kind of difficulty I'd expected.  I'm trying not to let the experience bother me, but that's easier said than done.


Fortunately, I've had a nice distraction of the canine variety. 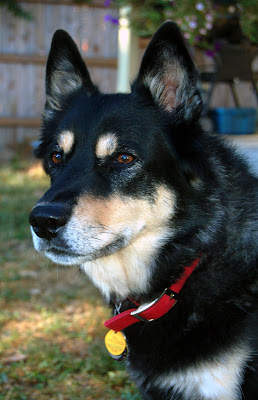 This is my friend Carol's dog, Rasko.  He's been staying with us for the last couple days, and it has been such a treat having him.  During that time, he's played with Maggie, 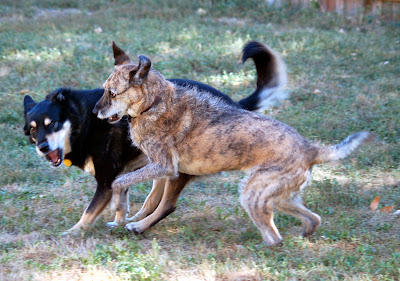 comforted Ryan while he was sick, 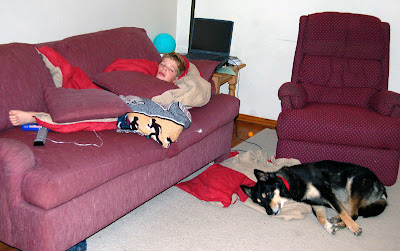 and generally made everyone smile. 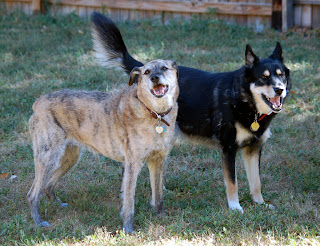 Oh, there's just no way around it--the Buxtons are meant to be a two dog family!

So I'm not going to let the crazy rescue ladies of the world get me down. I know there's a puppy out there with my name on it, and I'm going to do my best to find her.
Posted by Braymere at 3:53 PM