As promised, here are the rest of the Arabian costume pictures from last weekend's Equine-aganza. Unlike the red Syrian costume, there is nothing authentic about these three. Their designs are entirely American and are based on glitter and glitz rather than historical accuracy. It should also be noted that these are vintage costumes. I don't know exact ages, but I'm betting that they're all at least twenty years old. If you would like to see more current showring styles, I would recommend this website: http://www.almostrancharabians.com/index.html

The color and design of this first costume seems almost Native American. The saddle is actually a Western saddle tree with the horn removed. 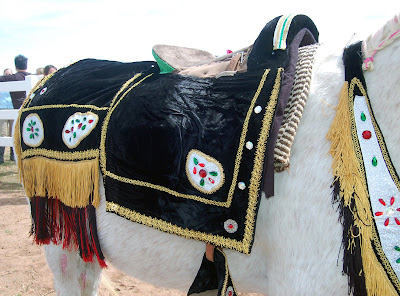 There are no tassels anywhere on the body of the costume--just fringe. 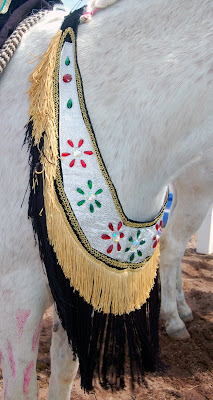 I can't help but wonder if the reins were borrowed from a different costume. Unlike the other pieces, they do look Middle Eastern. 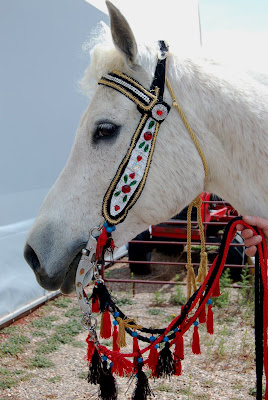 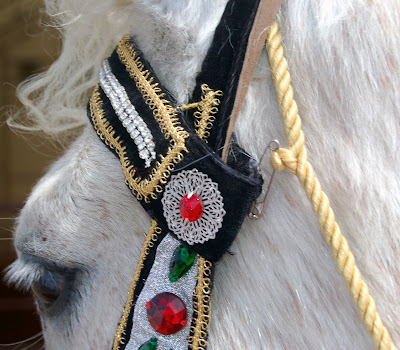 Shawnee and her horse Little wore this sparkley purple costume. 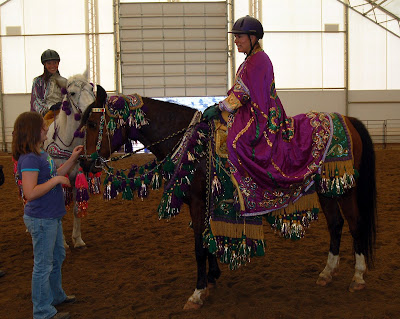 I think these are the biggest, shiniest tassels I've ever seen. 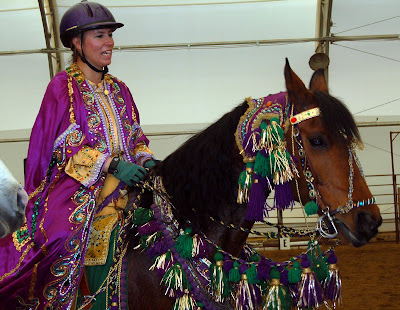 Close-up of the breastcollar showing the pom poms and tassels. 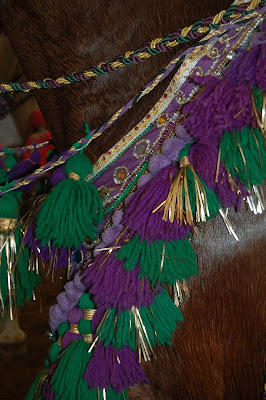 More gigantic tassels, pom poms and fringe--this costume has it all! 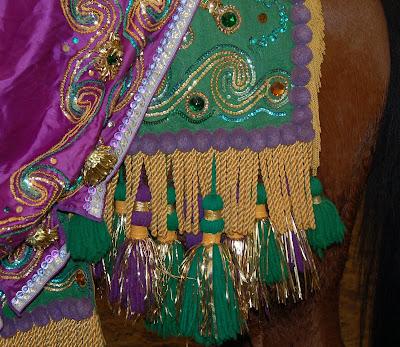 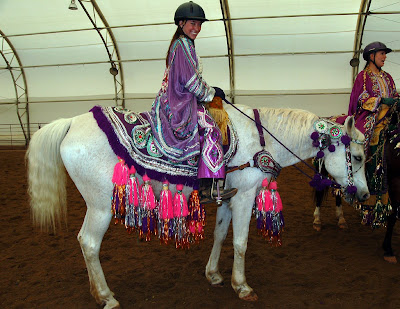 I love the pom poms on the bridle. 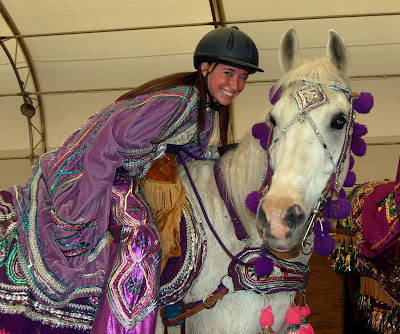 Here is a better look at Jedi's costume, bridle excluded. 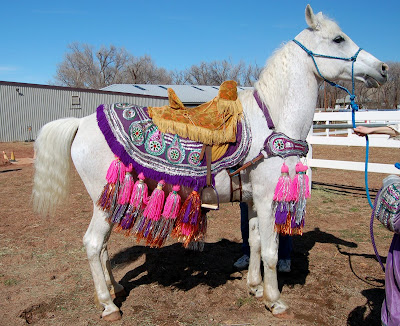 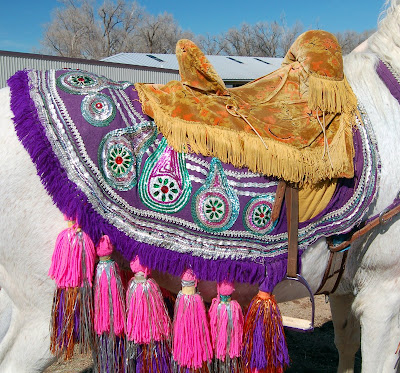 At first glance the saddle looks pretty exotic, but it's really just an old Western saddle. The horn and fenders have been removed and the whole thing has been covered in fabric. 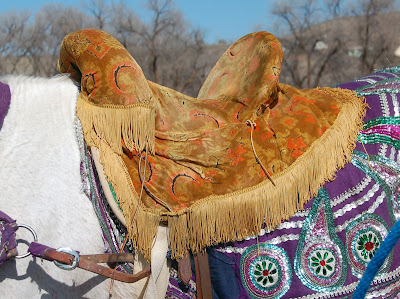 These big tasseled, retro costumes probably wouldn't do well in the model showring, but I know of at least one person (hello, Sue!) who's made a few recently. I understand the attraction. How fun to make something so over-the-top glittertastic! I'm halfway tempted to make one myself. I don't know what I'd do with it when I was done, but I'm pretty sure I'd have a lot of fun along the way!
Posted by Braymere at 8:37 AM