As promised here are some more pictures from the Hearts N Horses live show held on February 7 in Portland, OR. This was a really well run multi-division show with super prizes. You can see some of them here on the awards table. 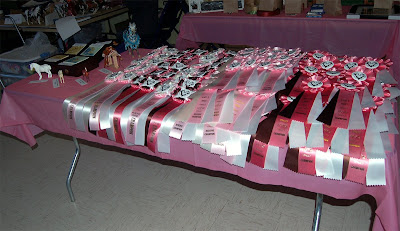 In addition to being a top notch show holder, Erin Corbett is also a talented tackmaker. This picture shows the trophy saddle that was awarded to the Overall Performance Champion. 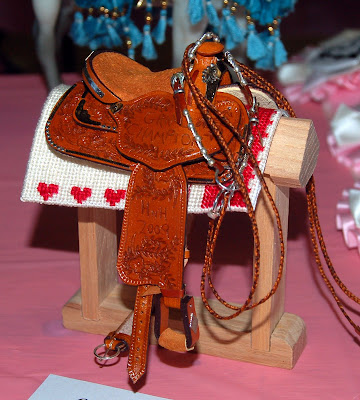 The performance classlist was quite extensive with six separate divisions for both the original finish and custom/resin models. I judged all the English divisions as well as Other Performance. Most of the classes were small, but there were still some very competitive set-ups. This Golden Boy was champion of the Original Finish English Over Fences/Dressage division. 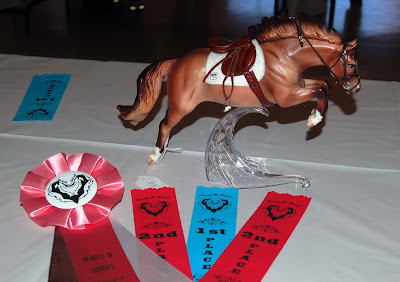 Teresa Buzzell's wonderful Hez Got Skillz was champion of the OF Other Performance division and Reserve Overall OF Performance Champion. 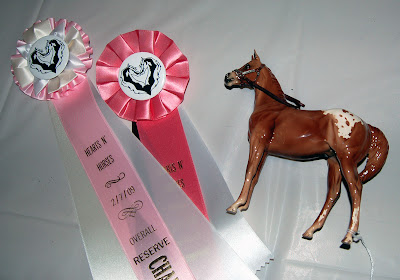 I think this Sovran was owned by Mandy Hood. He was Reserve Champion Custom/Resin English Over Fences/Dressage, Champion CM/AR English Flatwork, and Overall Reserve Champion of the custom and resin performance division. 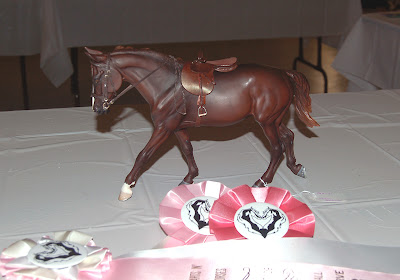 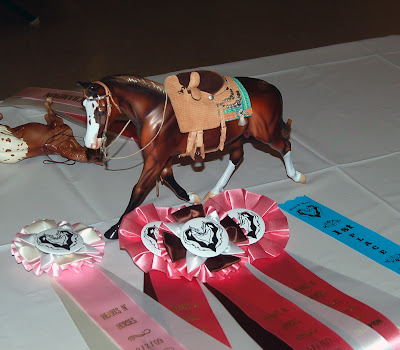 The top performance horse of the day turned out not to be a horse at all. In the end it was this lovely vintage custom mule who took home the trophy saddle. Talk about mule power! 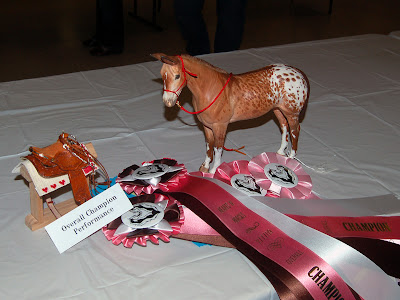