We've been flirting with the idea of a third dog for a long time - years really - but more so since the beginning of the pandemic.

"Now is the time," we proclaimed. "We're all at home anyway."

With that, we logged on to Adopt-A-Pet and chose a likely candidate. We filled in the application, but not quickly enough. Someone else got her before we could even meet her.

And that's how it's been for months. So many dogs gone so quickly.
We were beginning to think it would never happen, but late in the day on Easter Sunday, Adopt-A-Pet sent me another alert. 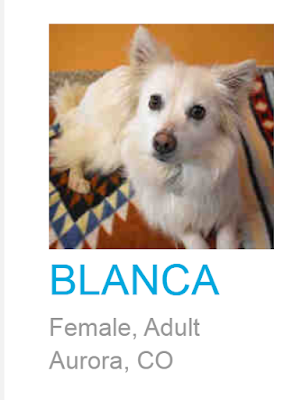 This one was still available. We got in the car and drove across the Denver Metro area to Westminster. 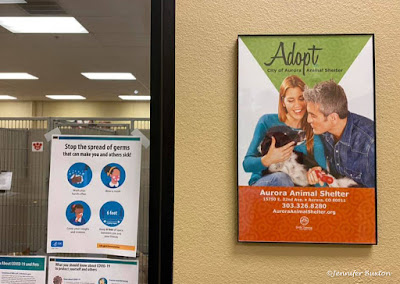 I was convinced she would be adopted while we were driving, but no. She was still there. 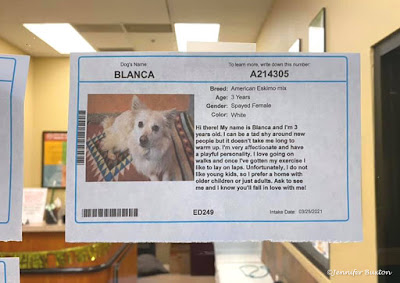 The adoption facilitator told us she was very shy and would probably hide from us, so I sat on the floor while she went to get her. Instead of hiding, Blanca walked right over to me and tucked herself into my lap. 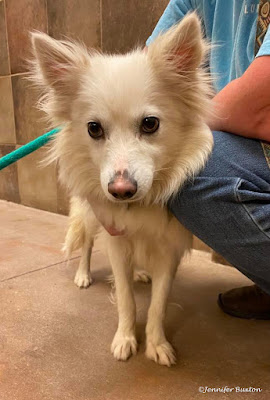 She liked Seth just as much. If we could have, we'd have taken her home that day. However, the shelter wanted to see her interact with Darcy and Emma first. 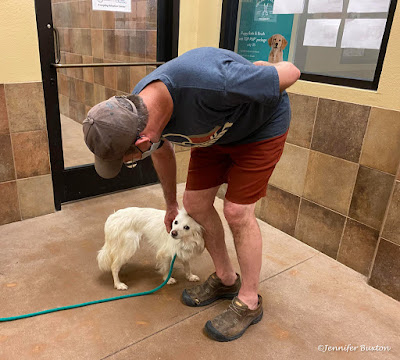 We did that yesterday. It went fine, and now we are officially a three dog family. 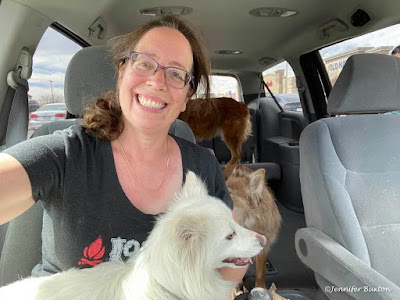 The new addition - who is probably Piper and definitely not Blanca - was pretty smelly, so she got a bath right away. 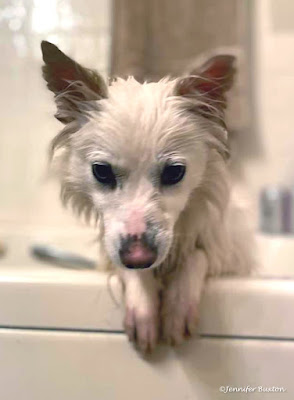 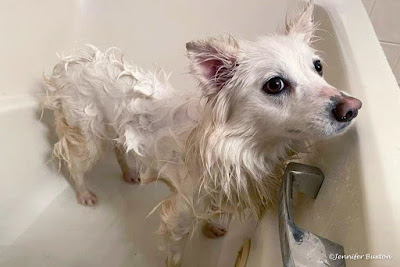 We're spending a lot of time hanging out and bonding. 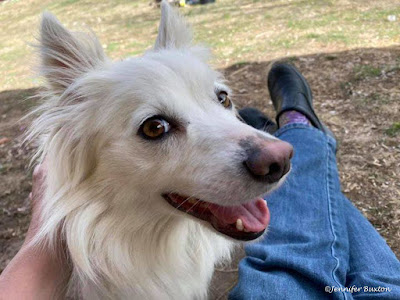 She's a little bit timid and anxious, but I'm seeing signs of the happy, confident, playful dog I think she will become. 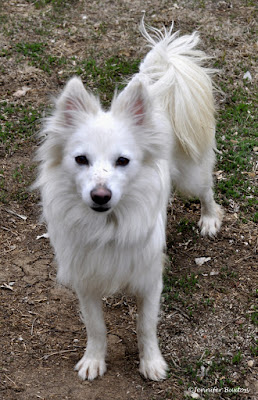 Darcy has been a saint. Everything is more complicated with Emma, but she's doing okay, too. I think they'll be a good pack eventually. 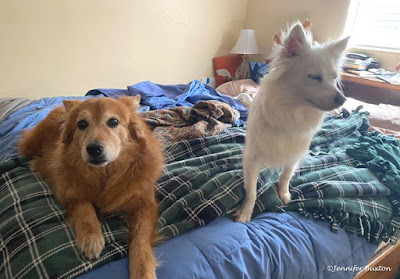 It's really nice having a white dog in my life again. 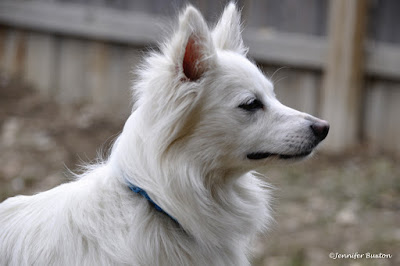 If I'm not here quite as much for the next little bit, this is why. I'm taking some time to enjoy my three dog family.
Posted by Braymere at 2:47 PM