This is the only model I own who has lived everywhere I've lived, excluding the house my family rented when I was a baby. His name is One Eared Jack. I bought him at the Rose Bowl Swap Meet the summer after I graduated from high school. He was missing an ear, but I thought he was cute and the five dollar price was just right. 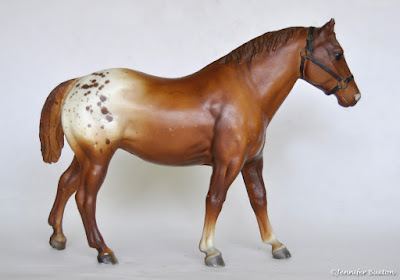 A month or two after I bought him, I moved to Fort Collins, Colorado to attend Colorado State University. I had heard a lot of wild stories about dorm life, so I left all my precious "good" models at home, and brought only Jack. Of course, it didn't take long for me to realize that A) dorm life was just fine and B) Jack was lonely. By the middle of my first semester, he'd already gained a few new shelf mates.
All told, Jack lived with me in four different Fort Collins apartments. He was also the only model who accompanied me to both dude ranches.
After I graduated from college, Jack and I moved to Tennessee, where we lived in two houses, two apartments and one duplex in Collierville, Germantown, Collierville and Memphis.
Seven years later, it was back to Colorado, where we lived in one apartment and one duplex before finally settling into our current home. I have a lot of really nice resin and custom models now - the kinds I always dreamed of owning - but somehow Jack is still displayed prominently on my shelf. In all our time together, he has never been packed away. 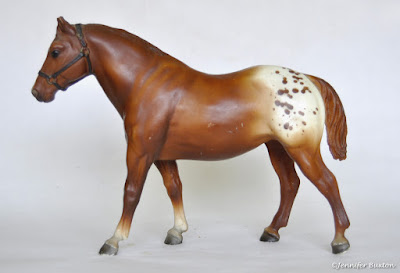 Somewhere along the line, he took a tumble and lost the other ear. It's okay. It's not like he could be any less valuable. 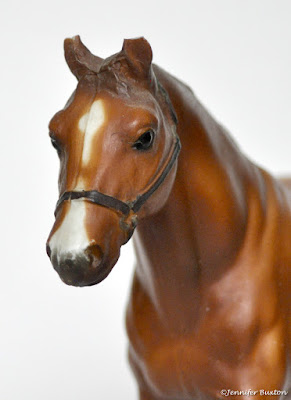 Today's prompt for the May Shelter & Share Photo Challenge was "Model you would never sell." One No Eared Jack is the perfect choice for this one. Even if I wanted to sell him, I don't think anyone - except maybe Lynn - would want to buy him! 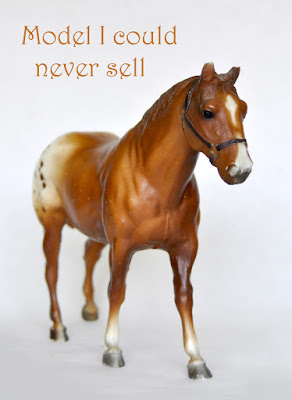 Here's my collage for the month. I did a pretty good job for someone who never officially committed to this. 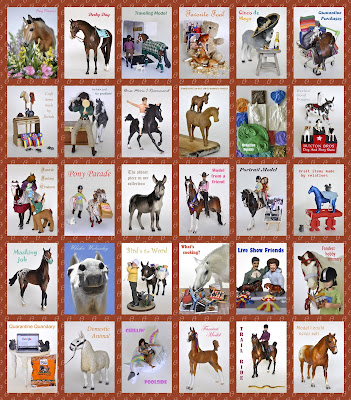 This has been another long month. I hope June will be better, but I am not optimistic.
Posted by Braymere at 5:17 PM