In July of 2015, my eighty seven year old dad was rushed to the hospital during what appeared to be a serious health crisis. I panicked and bought a seat on the first available flight. However, by the time I arrived in California, the emergency had already resolved itself. Dad was back at home, and I had an entire week of time to fill.

Each morning I went on long walk in nearby Eaton Canyon, often visiting the former site of Eaton Canyon Riding Club. 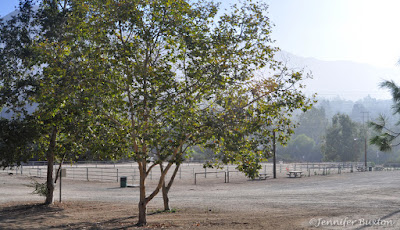 On one memorable day, I drove to Burbank and rode a horse named Bear in Griffith Park. 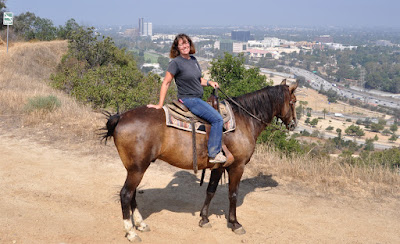 After my ride, I swung by the Los Angeles Equestrian Center and watched some of the Special Olympics Equestrian Events. 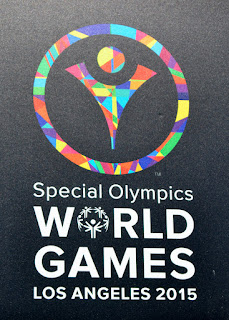 I spent other days visiting some of the places I used to ride. I think this is the backyard stable we called McAllisters, where the unleased camp horses were boarded during the 1984-85 school year. 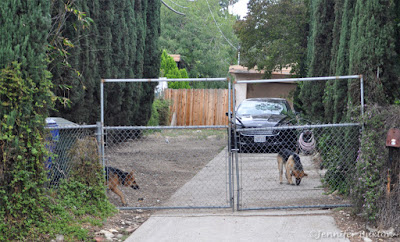 It's hard to tell for sure. The trees were a lot smaller back then and it was not nearly as forbidding. 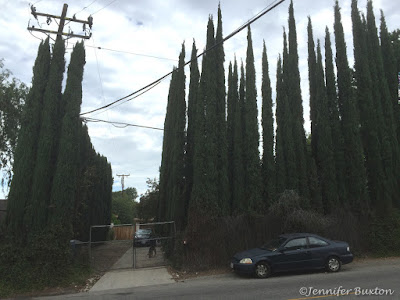 My trip down memory lane also took me to Hahamongna Watershed Park in La Canada. 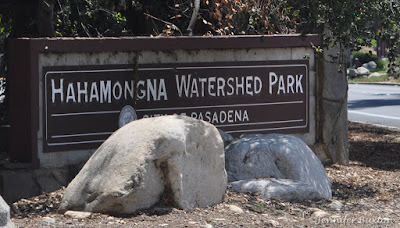 This is the home of Tom Sawyer Camps, where I spent four memorable summers as a member of the horse staff. 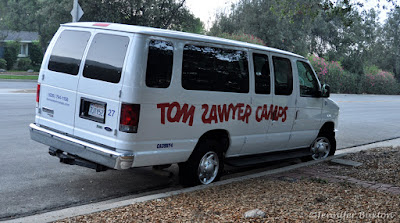 I followed the signs to Rose Bowl Riders, where the horses are kept. 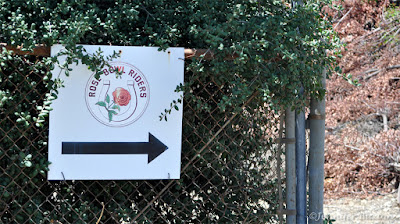 The drive was exactly as I remembered. The signs, too. 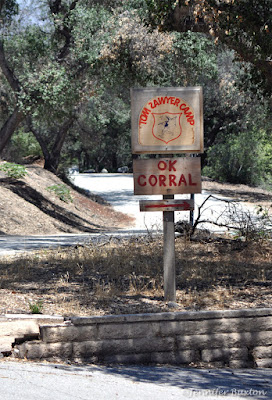 And then there they were: the Tom Sawyer horses. I didn't recognized any of them, of course. Most of the camp horses were solidly middle aged to elderly when I knew them. There was pretty much no chance any of them could still be alive three decades later. 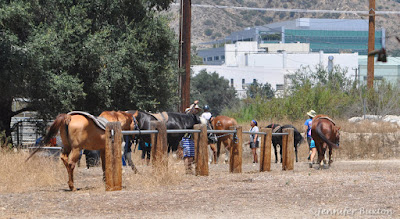 I watched a group of campers arrive, mount up and set out on a ride. 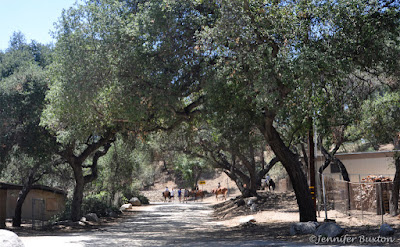 I followed them for a bit, carefully keeping my distance so as not to look like a creepy child stalker. 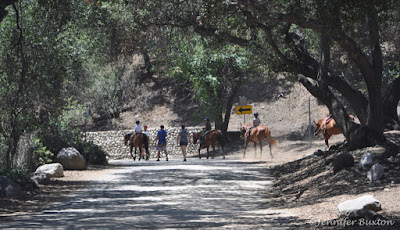 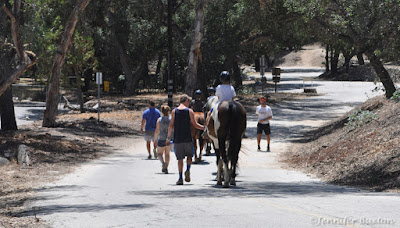 However, I was dismayed to note that none of the staff members rode. Instead, they walked alongside the horses and offered instruction and support from the ground. I don't know if that was standard practice or if perhaps this was a new group of campers setting out on their first ride. Either way, I'm glad it wasn't like that when I was a counselor. Teenage me would have been really unhappy working with horses all day and never getting to ride. 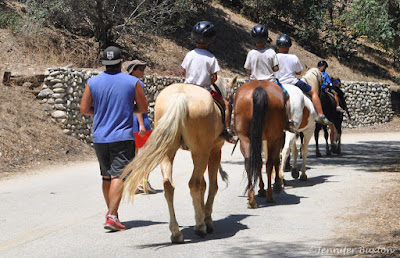