Six years ago, my family flew to California on a set of buddy passes. The flight to Los Angeles was fine, but we had a world of trouble coming home. After being shut out of multiple flights, Seth and James eventually squeezed onto a red-eye. Ryan and I ended up spending the night at LAX. That was really something. 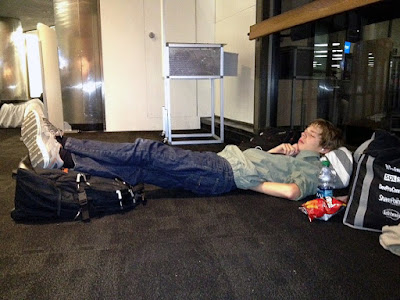 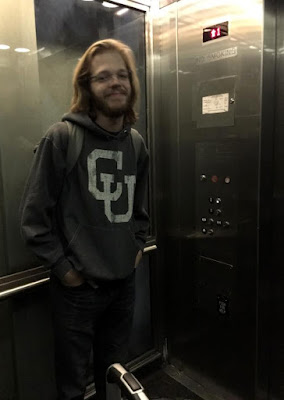 Then Ryan noticed that the door wasn't quite all the way closed. There was a paper cup stuck in its track. We tried to remove the cup without also removing our fingers. When that wasn't possible, we gave in and pushed the call for help button. We were advised that help was on the way, but no timeframe was given. It occurred to me for the first time that this might not have a quick resolution. 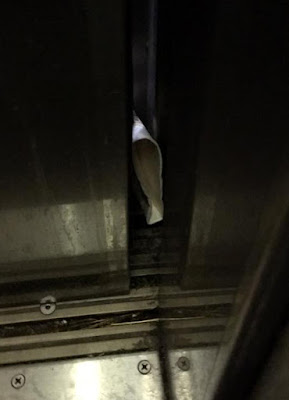 It was also about this time that we noticed the suspicious puddle of liquid in the corner. 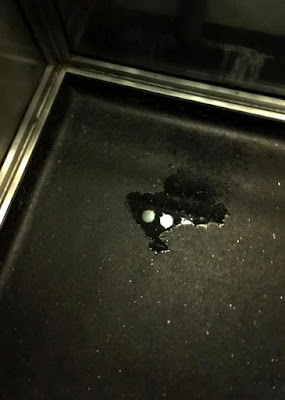 We waited and waited. I Facebooked. Ryan tweeted. After what seemed like a long time but probably was not, we heard sirens. A voice asked us if we were okay, and a hand appeared on the elevator door. The door did not budge. 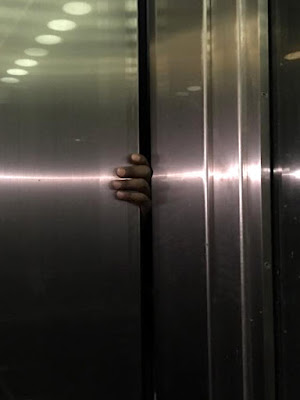 The hand was replaced by a giant crowbar. Still no movement. 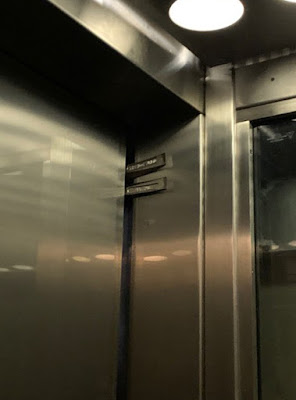 I can't tell you exactly what happened next, but it involved a lot of beating on the other side of the door. Finally, the door popped open. The firemen took one look at our suitcases, and said, "I hope you aren't on the way to the airport." Ha. 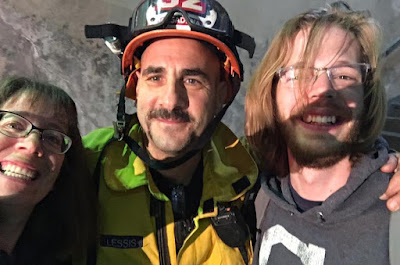 I took a quick photo of all the firetrucks parked outside the Metro station. 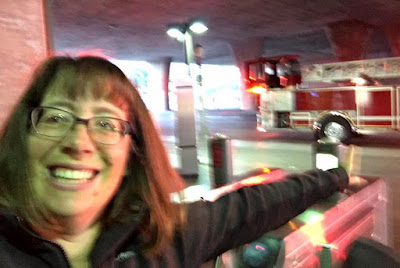 Then I asked Ryan if he wanted to try the other elevator. He declined, so we ran up the stairs and boarded our train. We rode to Union Station, where we got on a bus to LAX. Traffic was terrible. I was sure we were going to miss our flight. 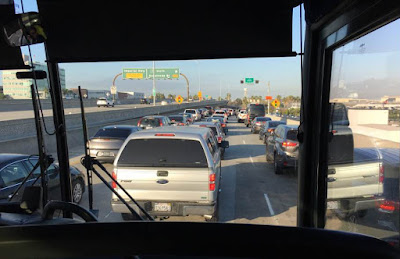 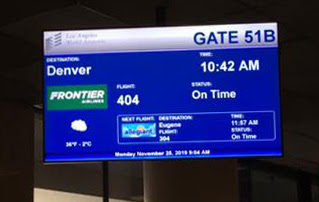 We made it back to Colorado without further incident. I'm glad to be home, but that was really something.
Posted by Braymere at 5:15 PM