Evolve or Die, Performance Showing in 2019

So, I saved this the other day, for fun. This was the Reserve Champion jumper at the 2001 North American Nationals (NAN). It’s also an example of an entry that was innovative at the time, but probably would not place at a modern, competitive performance show. 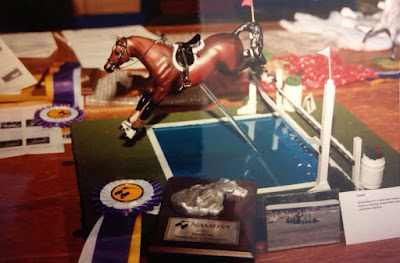 Here my jumper entry at this year's Jennifer Show. 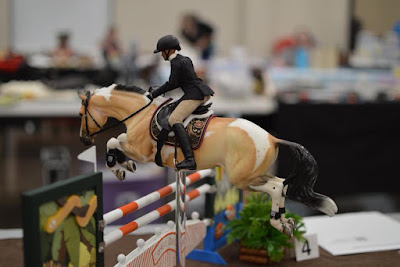 So what’s different? Not the saddle. It's actually the same one in both pictures. I added a doll, but I could have done a better job with her positioning. I forgot that the stirrup irons on that saddle don't fit her feet. That's an easy fix, so it will be better next time. The boots and bridle fit better, and I’d never leave that much slack in the reins now. The elements in the front of the jump are much more refined and detailed.
When folks wonder why their winners from twenty years ago (or even five years ago) no longer place, it’s time to look very closely. I still have that water base, but I would not use it like this now. 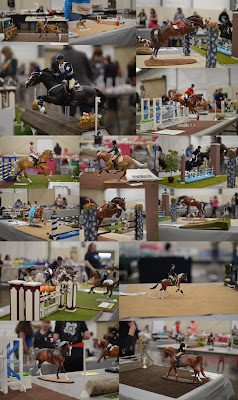 P.S. the pinto jumper didn’t place in that class! But it was only placed to fourth and it was a thirty horse monster class full of excellent entries. I would have been embarrassed to put the bay horse as is up there.
Posted by Braymere at 8:56 AM