When Ryan was eighteen months old, I took him to a children's Christmas party at the Buffalo Bill Museum and Grave in Golden, Colorado. There was lots of food and festivities, but the highlight of the day was the visit from Santa Claus. He arrived on horseback and distributed gifts to every single child from the saddle. Ever since then, I've wanted a 1:9 scale riding Santa. 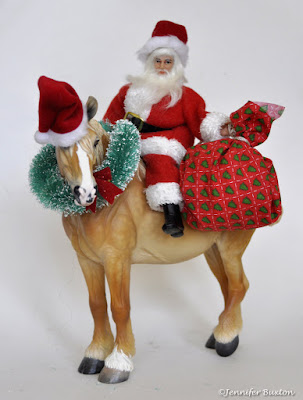 This doesn't sound like a big ask, but somehow it's never happened... Until now! 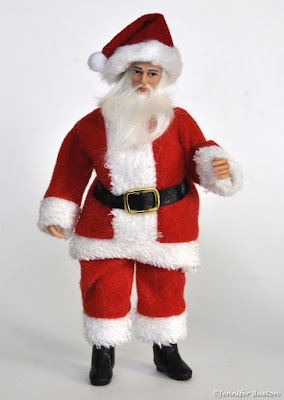 Riding Santa was made from an old battered Mego doll and a suit of clothes purchased from an eBay seller last year. With a little guidance from my doll mentor, Anne Field, I added his white hair myself. 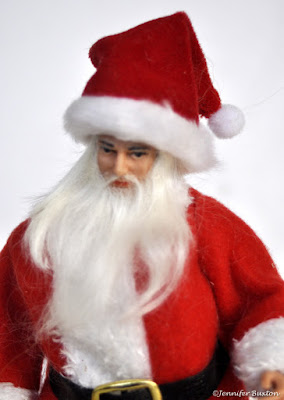 At first I was only going to give him a beard, but then I realized that was probably insufficient. After all, it's only a matter of time before some naughty horse grabs the hat off his head and... 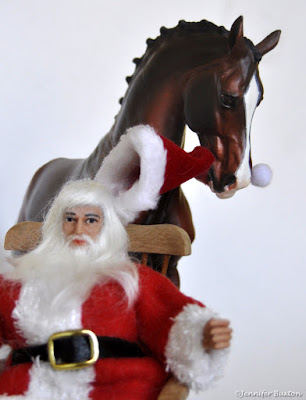 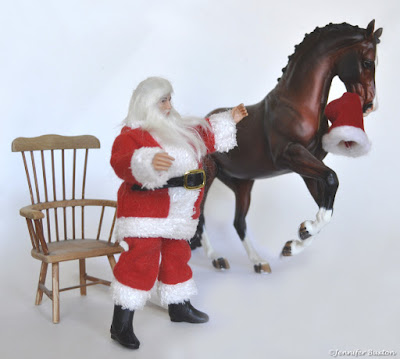 Oh, Rooker. You're definitely getting a lump of coal in your stocking this year. 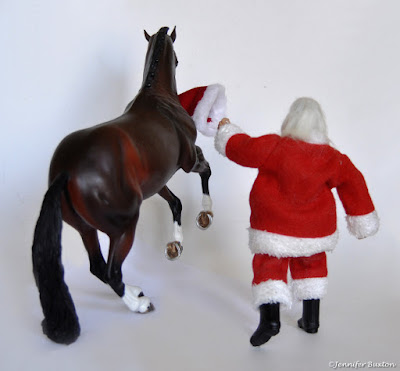 He's not perfect, but I am really pleased with my 1:9 scale riding Santa, and I look forward to using him in holiday photo shoots for years to come!
Posted by Braymere at 12:00 PM