The performance division at the Willow Tree Live followed a somewhat unusual format. Instead of being divided into the standard English, Western and Other subdivisions, there were simply thirteen classes, followed by callbacks for the Overall Champion.

The first class of the day was Harness. Alison Martin's stablemate was the sole entry. 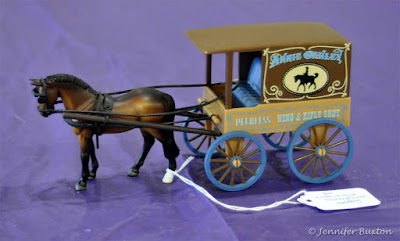 My first class was also my worst class. I do own a dressage doll, but she has been living with Erin since last year's Breyerfest. My huntseat doll was pressed into duty, but I really don't like the way he looks in this set-up. The judge didn't either. Formal Attire placed third... 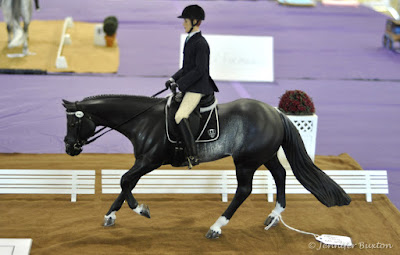 behind Teresa's Invitation to Unzip... 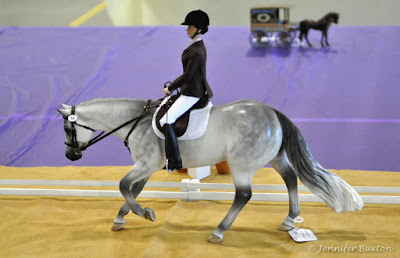 and Fabian's King of Sorrow. These three horses dominated the Willow Tree performance division and competed in nearly every class. 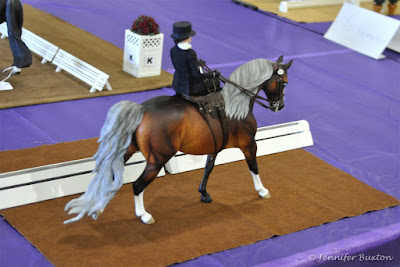 The combined Hunter/Jumper/Cross Country class was next. Formal Attire won this one... 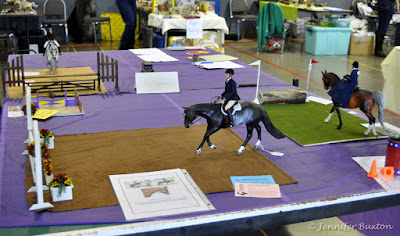 and was third in English Trail. At this point, it looked like Teresa, Fabian and I would be trading the top placings all day. 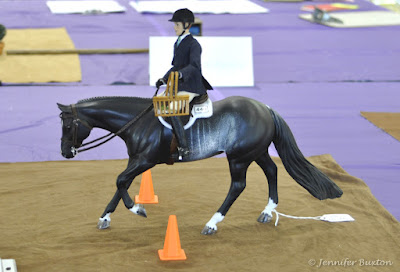 Then Formal Attire won three classes in a row. These were English Pleasure, 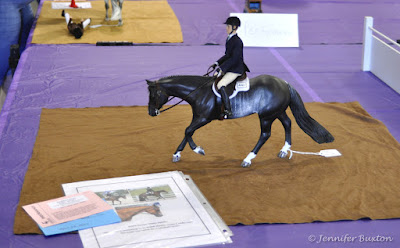 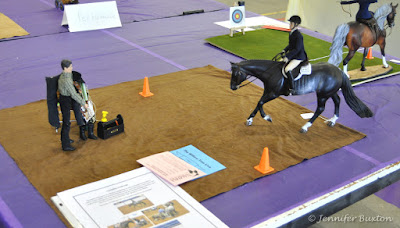 (this Versatility Challenge entry was my single favorite entry of the day!) 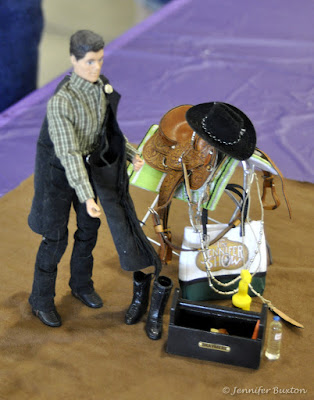 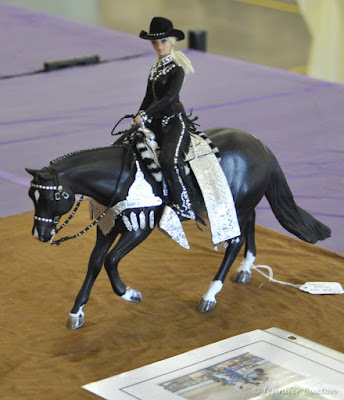 The winning streak came to an abrupt halt with Stockwork. Fabian won this one... 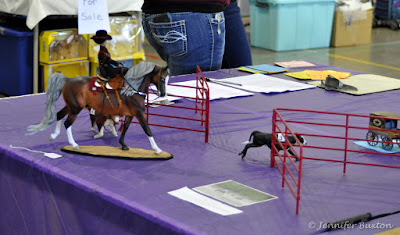 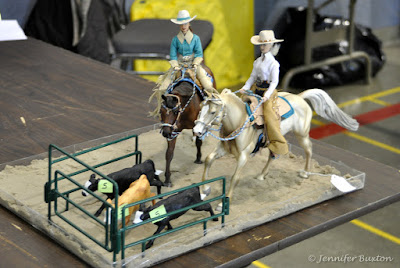 The best Formal Attire could do was third. Oh, well! 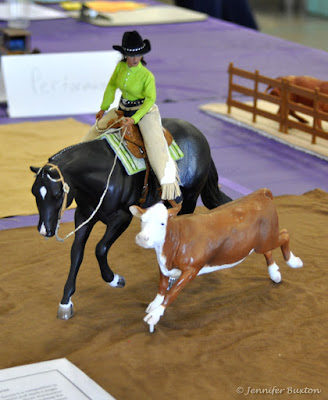 This was a nice big class with several new faces, including Teresa's Some Kinda Flirt... 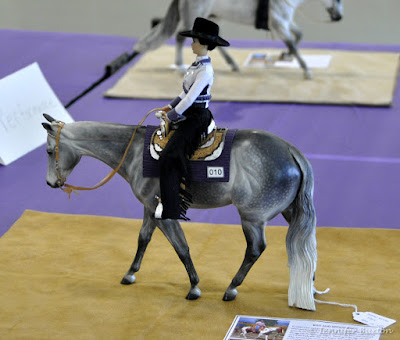 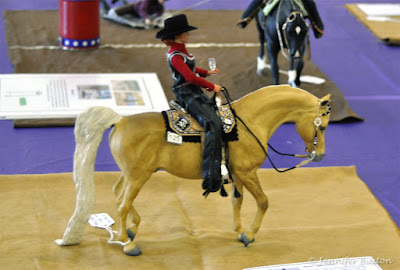 I recycled Liam's hide race entry for this class, and it placed first. Hurray!

That was the start of another winning streak. Formal Attire also took the blue in the next three classes. These were Western Trail, 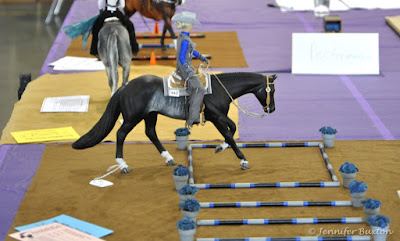 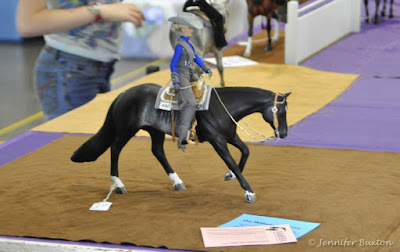 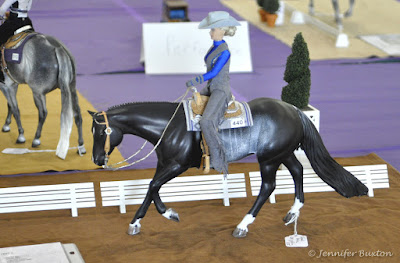 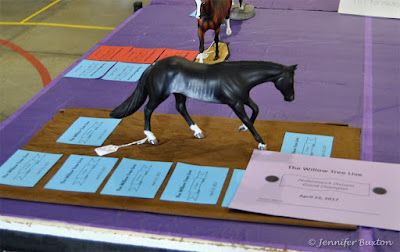 but the competition for the Reserve title... 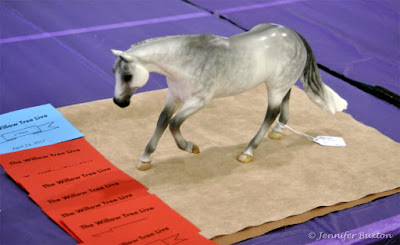 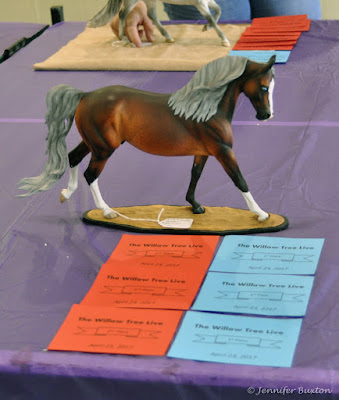 In the end, the certificate went to Teresa's Invitation to Unzip, making it a BHR Loper sweep. This was a small but tough performance show. Fabian and Teresa made me work hfor every placing, and I am proud of that Champion certificate!
Posted by Braymere at 11:19 AM