Show season is upon us...
and the NaMoPaiMo horses...
and ponies are taking the show ring by storm!
Stephanie Blaylock's NaMoPaiMo horse won his Workmanship class at Palmetto Live, and a fun NaMoPaiMo class as well! 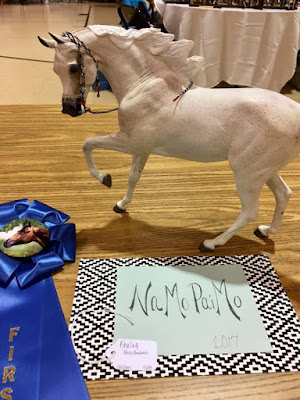 He is shown wearing a halter by Desrai Englot of Red Willow Creations. Beautiful! 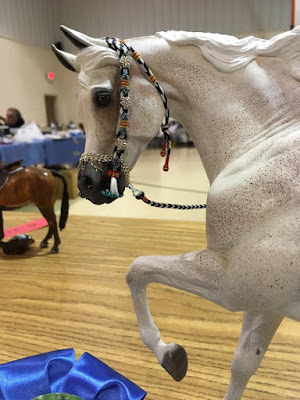 Marilyn Jensen's NaMoPaiMo model won the Custom Glaze Ponies class at AZ Live and  was first in Dapple Workmanship at Kick AZ Live! He will make his next appearance at the Tucson show on April 30, where he will be given as an award in the Custom Glaze division. 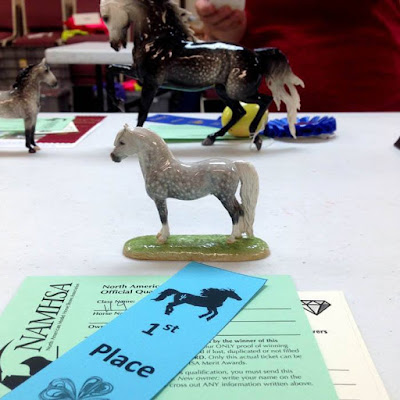 The Tucson show will be preceded by an Art Day on April 29 -- not "NaMoPaiMo", but close.Participants will be sharing techniques and their latest projects. 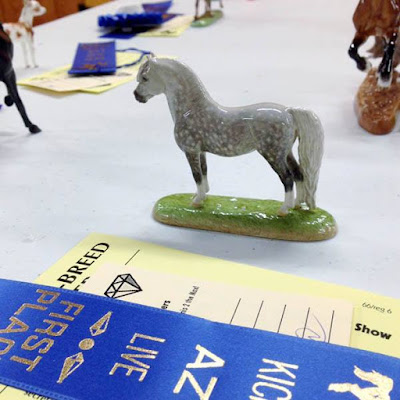 Gail Hildebrand's  NaMoPaiMo horse was a commission for Heather Visser, 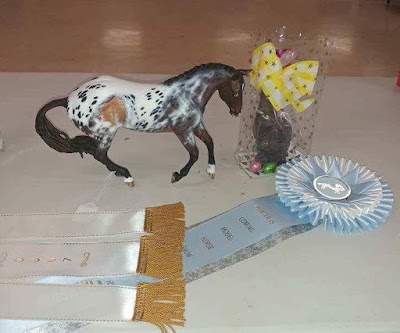 who has been showing her with great success. 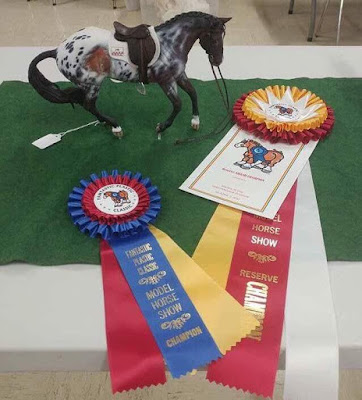 One of those shows was BreyerWest in Albany, Oregon. 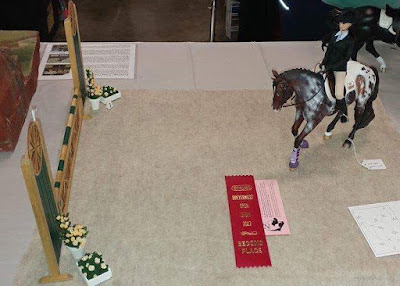 She wasn't the only NaMoPaiMo horse on the table there. 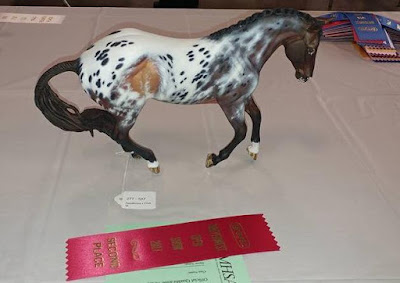 Allie Davidson's Lady Phase/Strapless combo was a force to be reckoned with in the performance division. 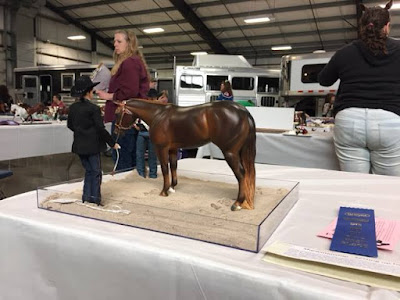 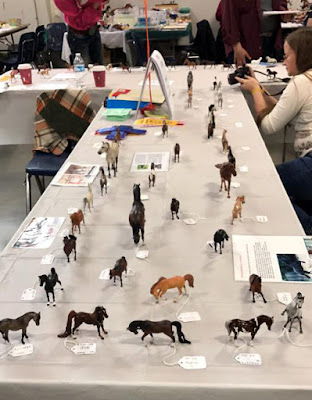 but he sure looked good on the table. 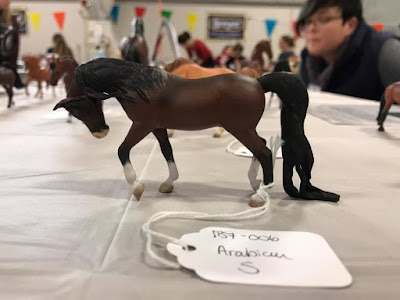 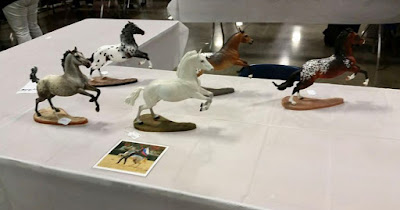 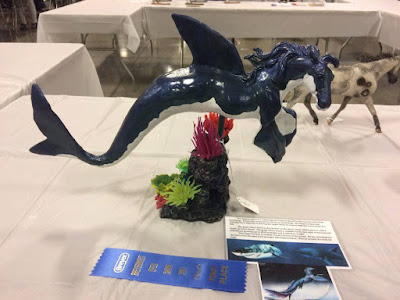 Congratulations, everyone! I can't say it enough: You're all winners to me!
Posted by Braymere at 10:40 AM