One of my long term goals is to digitize all my old photos. I've been working on this sporadically for several years, and since the scanner lives in my studio, I was not surprised to find lots and lots of pictures during my recent cleaning spree. Some were neatly stored in albums and boxes, but others were randomly tucked into books, corners and envelopes. They're all scanned and sorted now, but before I put them away, I want to share a few here. 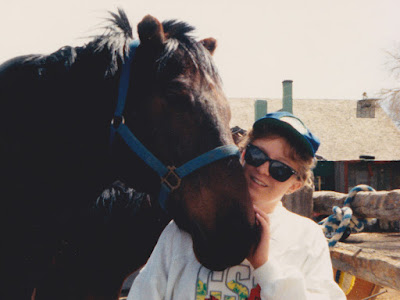 This is my college roommate, Amber and her Thoroughbred gelding, Tim. These pictures were taken in Alamosa, Colorado in the spring of 1988. 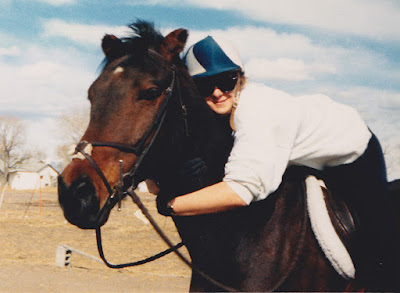 I wrote a post about Tim and his distinctive ears in 2011. 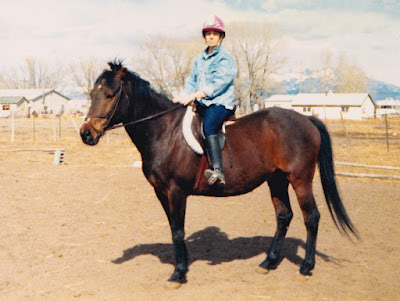 These pictures were not included, because I couldn't find them. 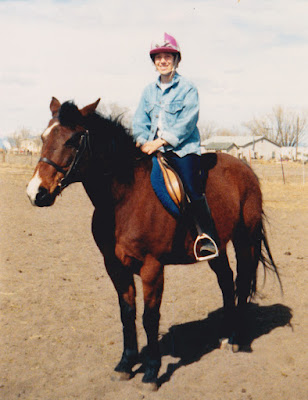 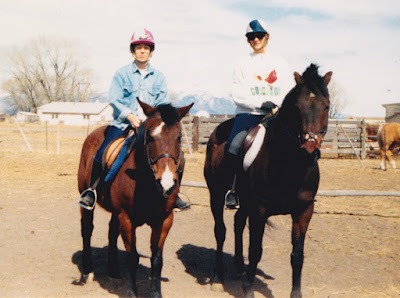 A few months later, Tim broke a leg in a freak accident and had to be euthanized. Amber was devastated, but eventually, she started looking for a replacement horse. I accompanied her on several far flung horse shopping adventures, the most memorable of which took us to a fancy dressage barn in Glenwood Springs, Colorado. 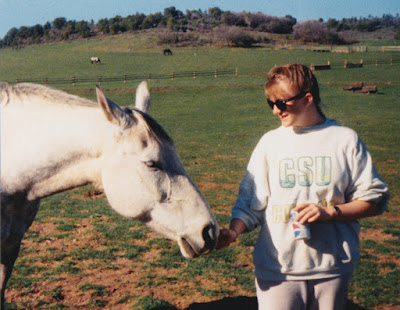 The horse we we'd gone to look at wasn't a good fit for Amber, which was almost a relief. She really didn't want to end up with a grey Anglo-Arab. 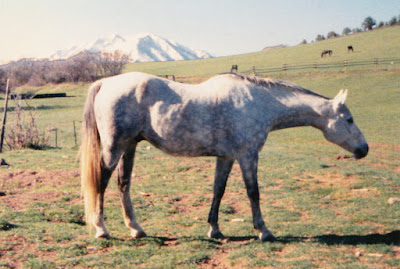 Fortunately, there were other things at that barn which made the trip worthwhile. These included a dressage clinic, which we were allowed to audit for free. 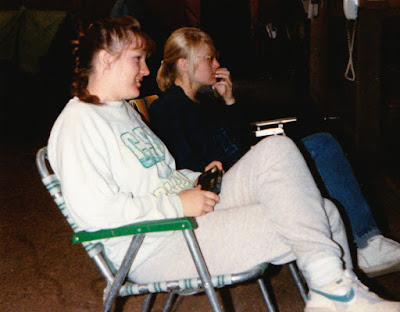 Even better, the barn had several warmblood broodmares and foals. 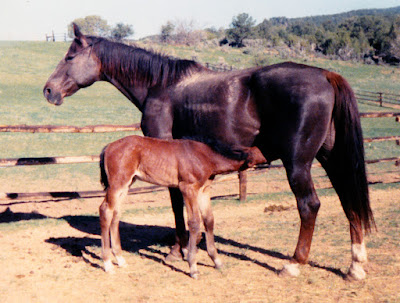 Prior to my time at Kenlyn, my horse life was mostly foal-free. I was really excited to spend some time with these beautiful babies. 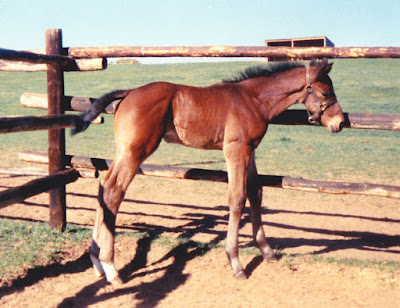 Similarly, before I discovered Longhopes, my life was mostly devoid of donkeys. However, there was that one time when Colorado State University's Equine Reproduction Lab was briefly home to a pair of Poitou donkeys. 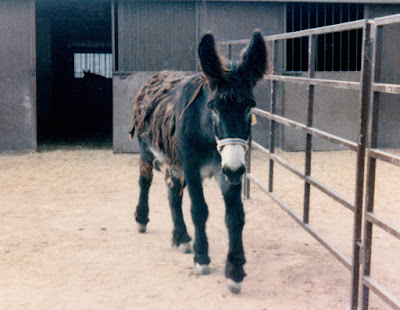 Of course, Amber and I had to go meet them. 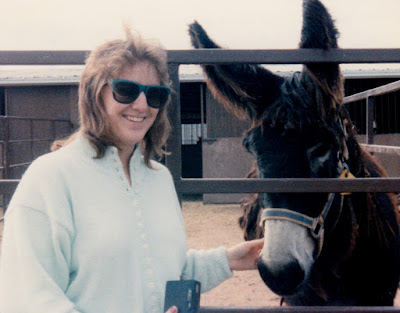 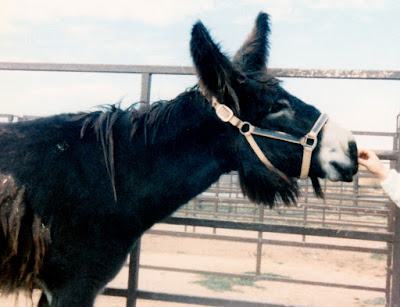 and took a few pictures. 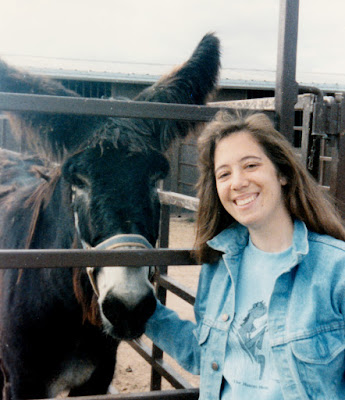 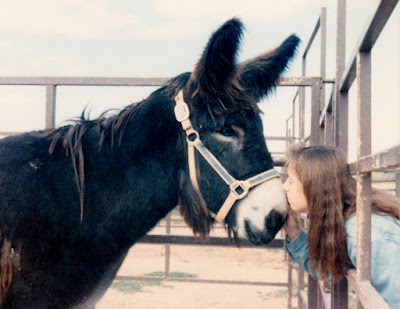 Amber and I had a lot of good times during our years at CSU. 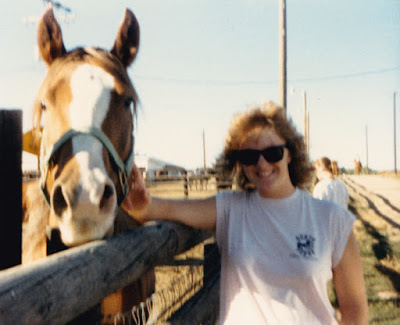 These aren't the only pictures I found while cleaning, but I'll save the rest for another day. Happy Easter, and thanks for joining me on this walk down memory lane!
Posted by Braymere at 3:04 PM