The second Copperfox Tour Event took place this past Sunday in beautiful Devon, England not far from the Cornish border. British hobbyist, Jackie Radwanski, was in attendance and kindly has allowed me to share some of her photos here. 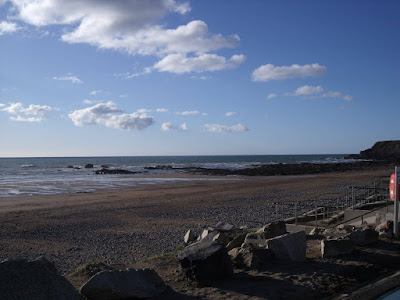 The day started with a long queue to buy models ... 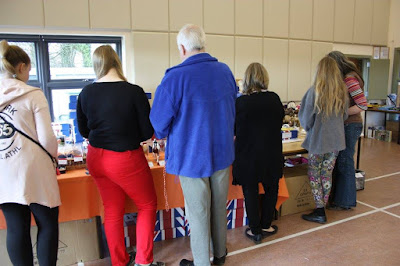 Not surprisingly, the full range of Copperfox models were on display, 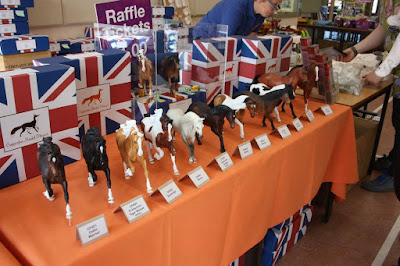 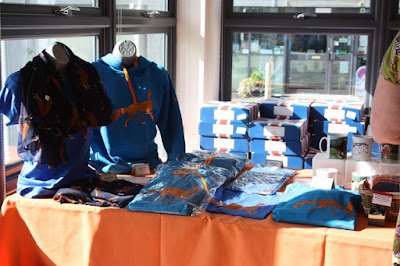 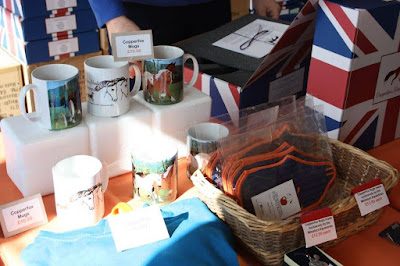 There were some real bargains to be had... 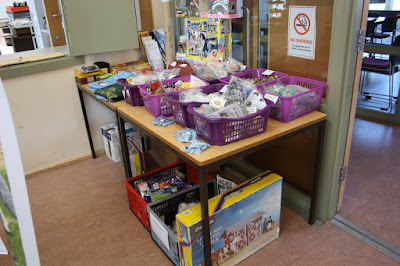 and everyone was digging deep to see what they could find! 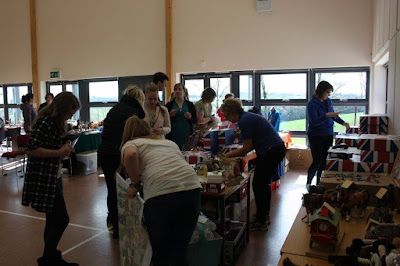 Here's a look at the prize table. 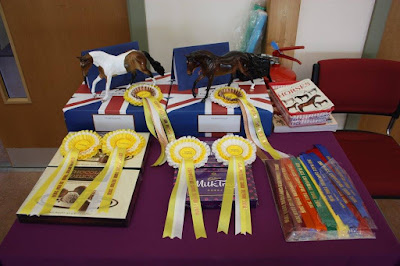 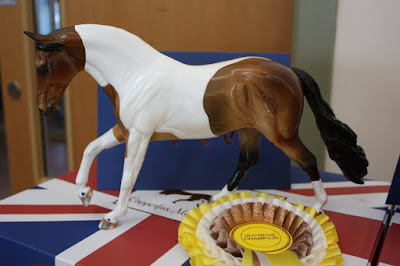 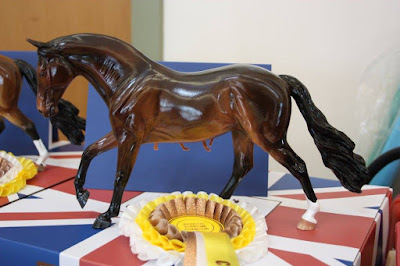 The raffle models were also glossy and just as nice. 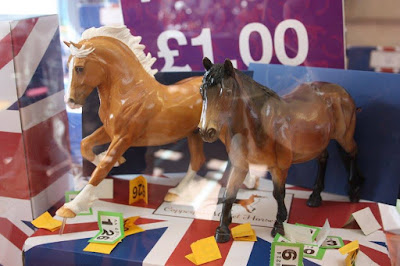 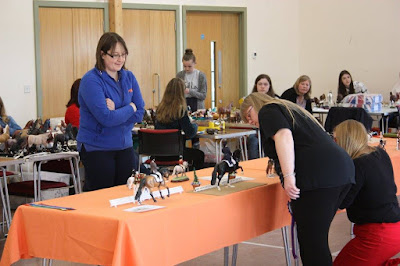 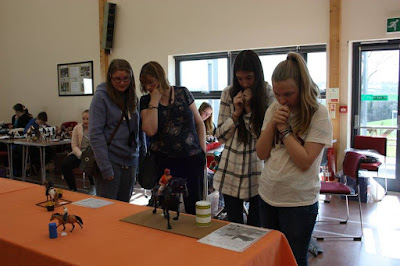 Jackie had a good day winning first place with her dressage horse... 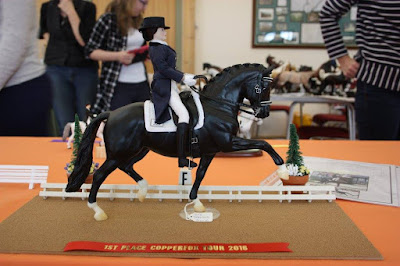 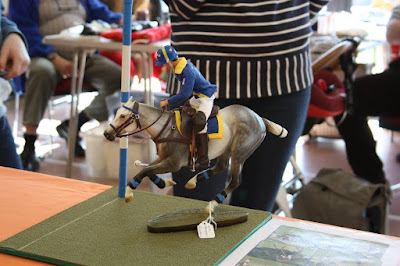 and second with her draft horse barrel racer. It was her scene entry, however, which really drew a crowd. 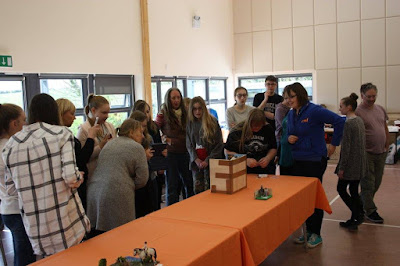 I will post detailed pictures of this spectacular entry tomorrow. For now, here's a little teaser. 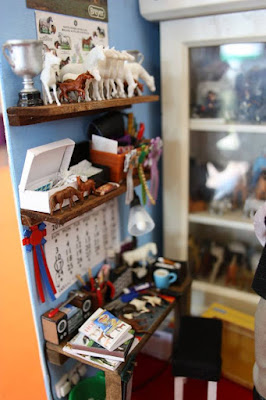 Breed classes were next. 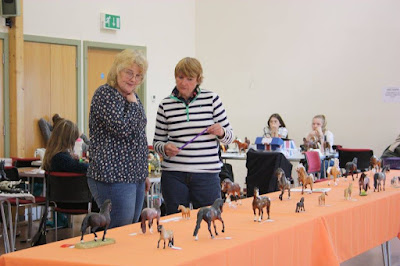 Top honors in this division went to Dorothy Jacobs' Friesian. 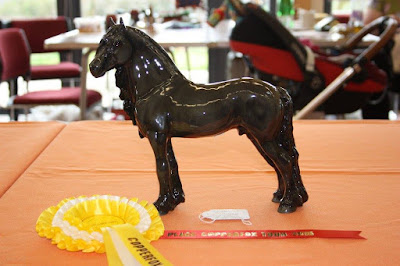 The champion and reserve champions from both divisions were brought back for the  Supreme Championship judge off. 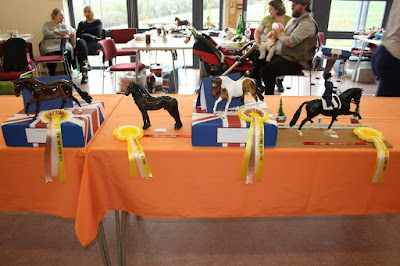 In the end, Jackie's dressage horse was named Supreme Champion... 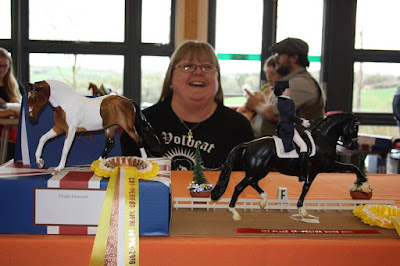 with Dorothy's Friesian in Reserve. 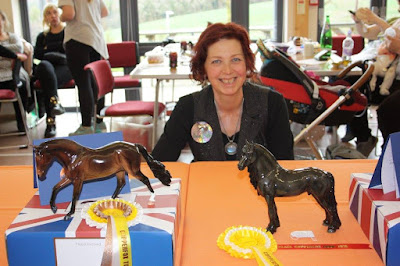 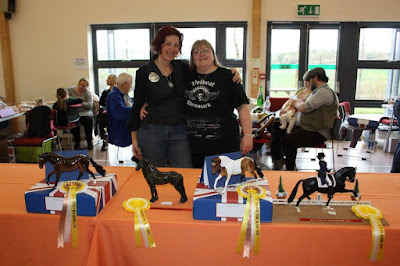 Thanks again, Jackie. That looks like it was a really fun show!
Posted by Braymere at 3:57 PM