Judging from the photos, Jackie Radwanski's scene class room box was far and away my favorite entry at the Second Copperfox Tour Event in Devon, England. 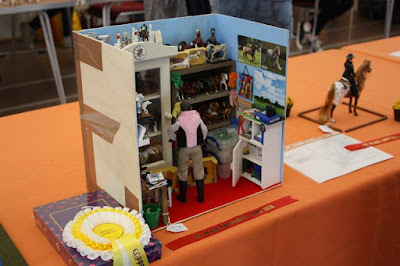 Many of the entrants in this show were younger collectors. 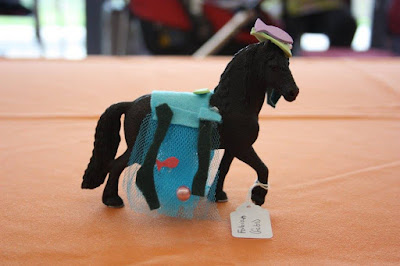 This was their first live show experience, and their entries in this class were bubbling over with imagination and enthusiasm. 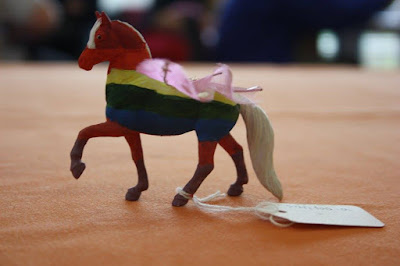 So many fun entries! 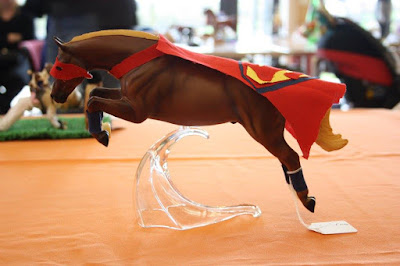 This one was titled Inverted Riding Lesson: Humanback Riding. 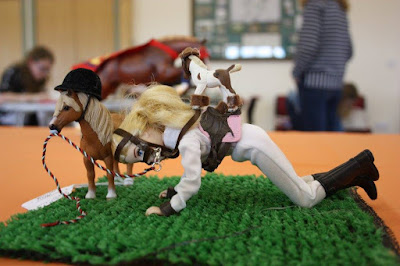 This is a woolly mammoth... 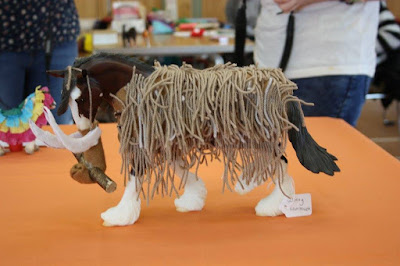 detail of the tusks and trunk... 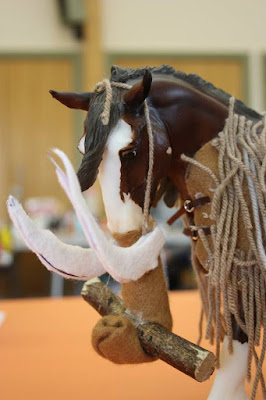 and this is a horse dressed as a hamster in a hamster wheel! 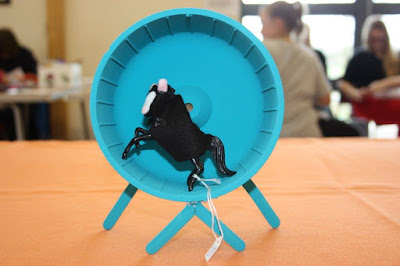 The most traditional entry was Jackie's cute ghost pony. 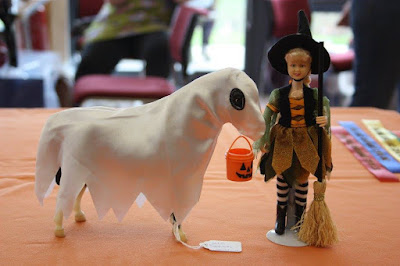 I really don't know how the judge was able to narrow it down... 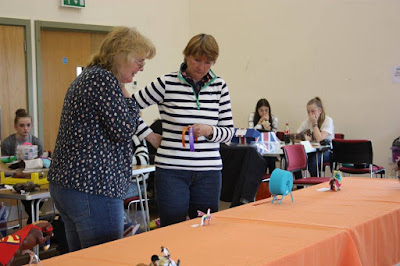 but in the end, the hamster was first, followed by the woolly mammoth and the ghost. Congratulations to all the winners! 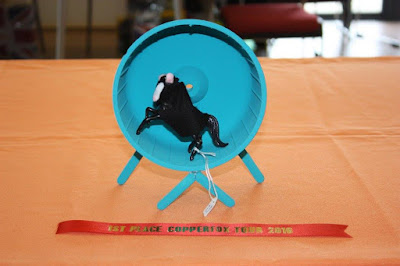 Thanks again to Jackie Radwanski for allowing me to share her photos. More pictures from this event can be found in her Facebook album.
Posted by Braymere at 7:24 PM