Thank you to everyone who left a comment on my recent post about Quarter Horse Hunter Under Saddle classes. As promised, here are the pictures showing how one horse made the transition from the Under Saddle ring to the Over Fences competition. 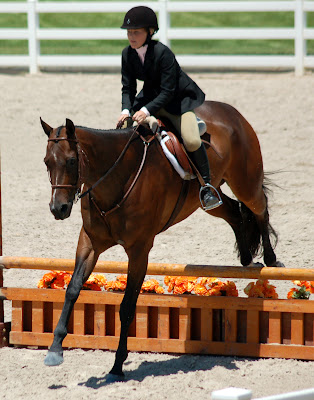 It was impossible not to notice this big bay gelding at the Rocky Mountain Quarter Horse Association Youth and Amateur Show held last month at the Colorado Horse Park in Parker, Colorado. With his elegant looks, long sweeping strides and imposing height, he literally towered over the competition in the Hunter Under Saddle ring. 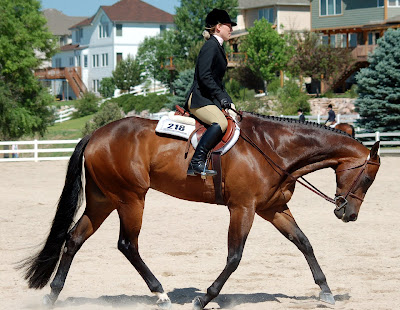 Because of this, I was really pleased to see that he was one of the few horses that moved over to the Hunter ring after the completion of the Hunter Under Saddle division. 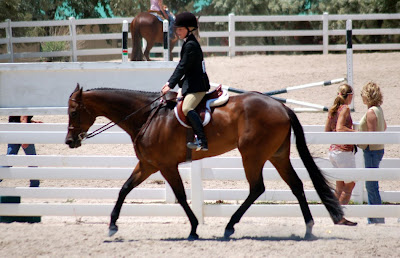 Here he is showing Under Saddle... 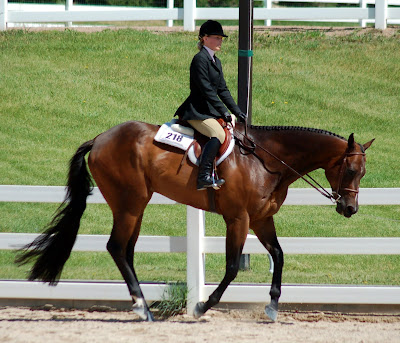 and Over Fences. If you look closely, you may notice several differences including a new rider, a breastplate and a fitted saddle pad. 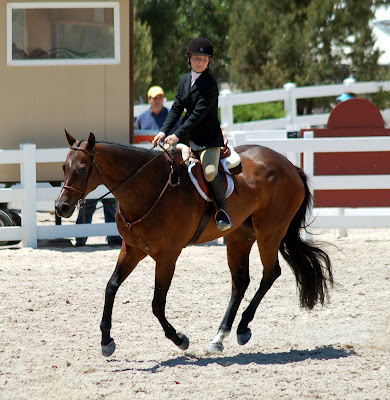 Of course, the most obvious difference is the headset. In the Under Saddle classes this horse's headset varied from level to way below level. 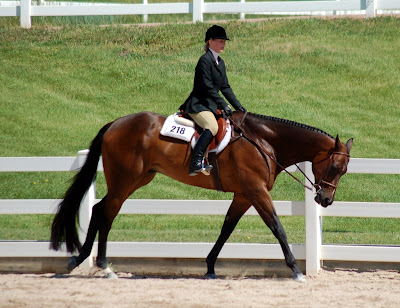 Over fences the range was significantly higher. Around the ends of the ring, he was level... 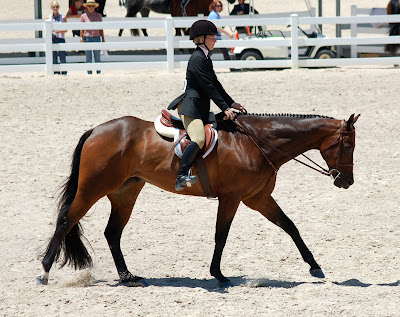 but as he approached the fences, that head came right up. He's also much more engaged behind. Look at the right hind leg. It's stepping way up under his body. 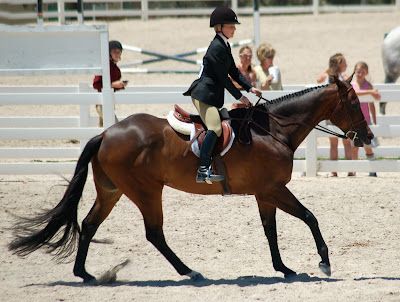 Over fences, I found his form to be somewhat disappointing. Like many naturally low-headed horses, he was a bit slow with his front end. Ideally, you'd like to see both knees up and even but that's hard to get with a horse that's used to travelling on its forehand. He's not round either, but I wouldn't expect him to be over a fence this small. 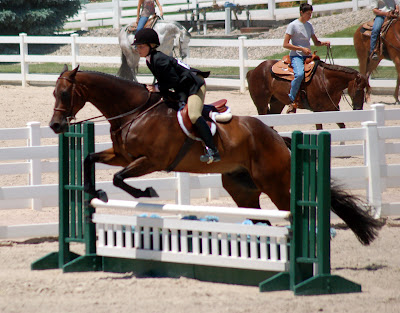 I'm not sure any of this has any relevance to model horses, but I hope it was interesting anyway! As always, comments are welcome.
Posted by Braymere at 1:19 PM