As promised, here are pictures of the three big ticket parade sets that were sold at the Brian Lebel Cody Old West Auction last month in Denver, Colorado.

I love a saddle with a story and this Brydon Bros parade set certainly has one. Here's the provenance as described in the auction catalog: Saddle previously owned by P.K. Fisher, a leading Palamino breeder who sold Trigger Jr. to Roy Rogers, becoming close friends of both Roy and Dale. Though the saddle initially exited the Brydon Bros, Los Angeles, shop, it also visited Ed Bohlin’s Hollywood saddlery for some later embellishments with subsequent mountings applied by master silversmith Phillip Fredholm. In addition to Fisher, the Brydon saddle was owned by legendary actress Barbara Stanwick (1907-1990), who added her trademark rubies. Stanwick and her husband, handsome leading man, Robert Taylor (1911-1969) rode the saddle around their large ranch in the Mandeville Canyon section of Brentwood in West Los Angeles – a property that is still referred to as the old Robert Taylor Ranch. 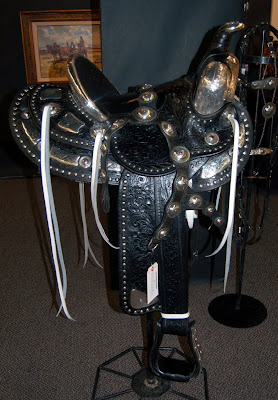 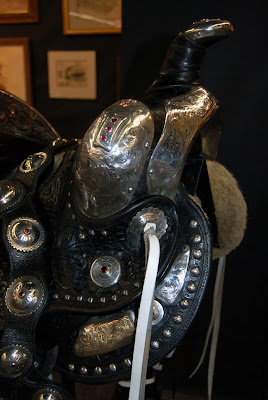 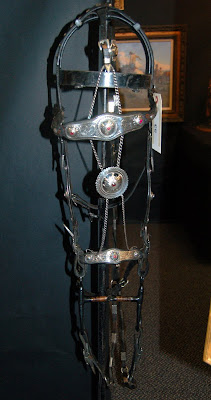 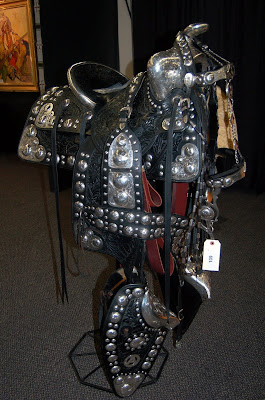 All the mountings are original to the saddle and compliment its deep floral carving. 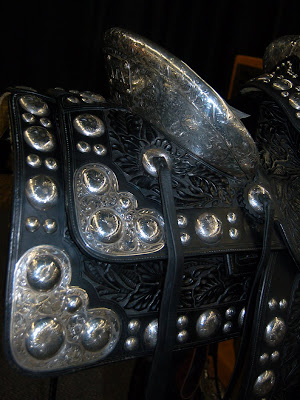 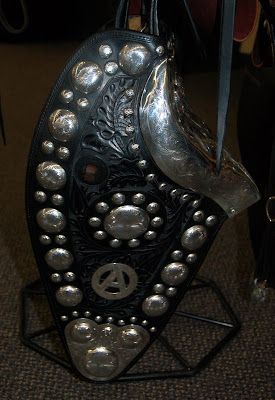 Last but certainly not least is the Bohlin silver parade saddle set. 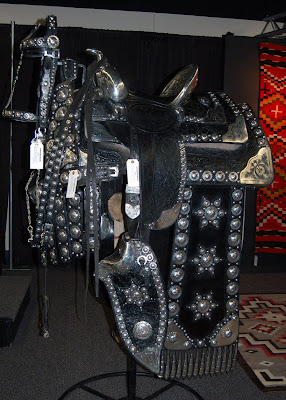 This is another saddle with a history: According to Keith Seidel of Cody’s popular Seidel’s Saddlery, who completely renovated the entire outfit about 10 years ago, the saddle was originally made at Bohlin’s Hollywood shop in the late 1930s or early 1940s as a fully tooled roping saddle without silver. It was then returned to the Bohlin shop on several occasions to be mounted as evidenced by the Bohlinmade maker-marks on the silver added to the swell, skirts, and fenders. Again, at a later date (c. 1950) the third skirt (corona) was added as well as the serapes and the tapaderos, plus the matching bridle and breast collar. Keith further states that this is all apparent by the varying amount of wear on different parts, as well as the silver installed over the tooling on the original saddle. The newer accessories are all well marked Bohlinmade. “I had the saddle apart in my shop for restoration work and inspected for original maker marks. I found marks on the tree as well as handwritten marks for identification during construction – all confirming authenticity.” 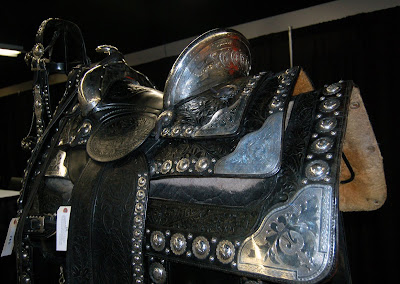 Heart shaped conchos on the cantle spell the name "Lori." Sigh. I wish I was Lori! 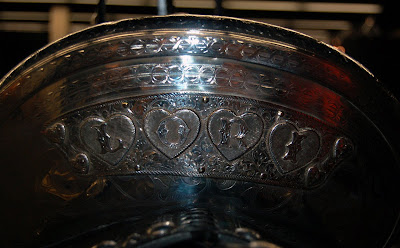 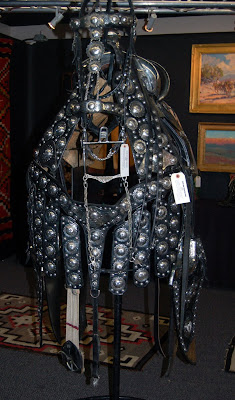 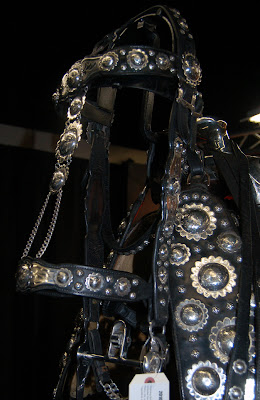 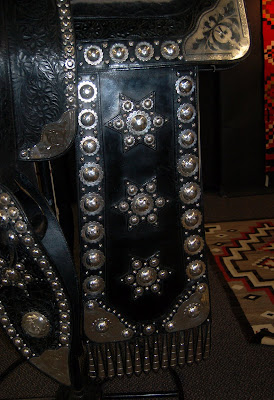 Detail of the serape. 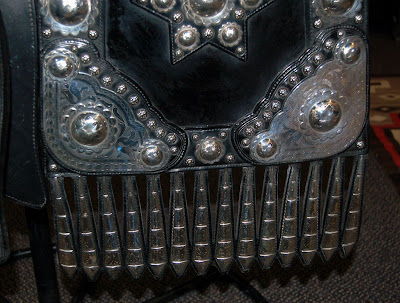 Have you ever wondered how the serape attaches to the saddle? Here's a peek at what's hiding beneath the skirts. 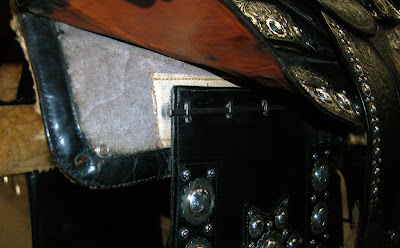 The Bohlin set sold for an impressive $30,000. I guess it's safe to say that I will not be collecting full sized parade tack anytime soon!
Posted by Braymere at 9:12 AM