Hunter Under Saddle is the English equivalent of a Western Pleasure class. Horses compete in a group, on the rail and in both directions of the ring at a walk trot and canter. They are judged primarily on the quality of their gaits and manners. For the purposes of today's post, I'm focusing on the stock breed version of this class. All pictures were taken at last month's Rocky Mountain Quarter Horse Association Youth and Amateur Show which was held at the Colorado Horse Park in Parker, Colorado. 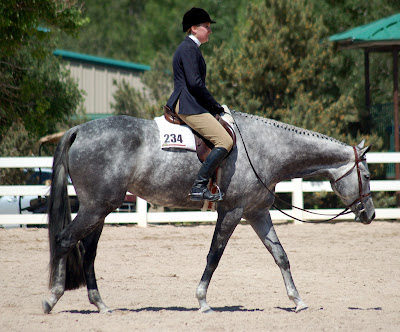 The ideal Hunter Under Saddle horse should move out with a long, low, sweeping stride. Headsets will generally range from slightly above to significantly below level. 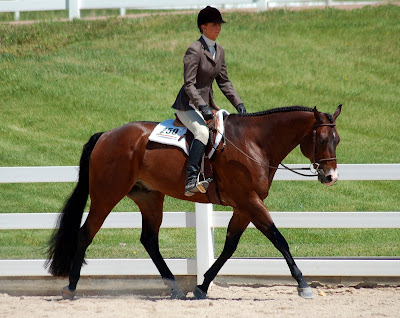 This bay horse was one of the biggest winners of the day both in the Under Saddle and Over Fences divisions. While I do not care for his very low headset, there was no denying the fact that this horse was a very good mover. I suspect he would have been the winner no matter where he held his head. 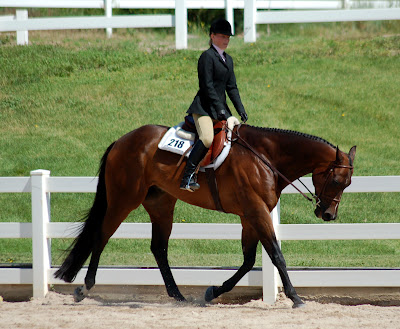 Although I did see a few "tropers" in the Hunter Under Saddle division, they were the exceptions rather than the rule. Most of the horses cantered out nicely with a long albeit slow stride. 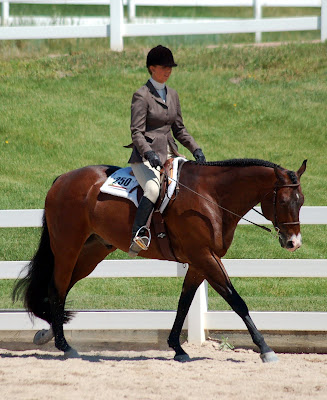 This tall grey was also a class winner. Like many of the horses in this division, he was very Thoroughbred-y in appearance. 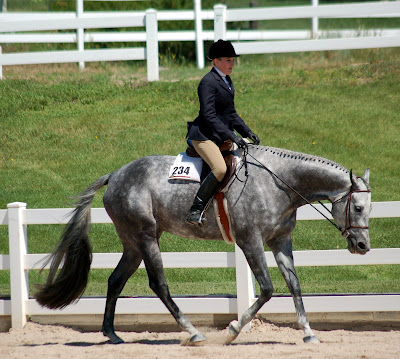 In addition to performing at the walk, trot and canter, the horses are also required to halt and backup. 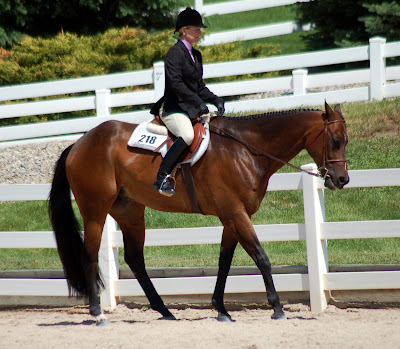 After the horses have performed in both directions, they are called to line up in the center of the ring to await the results. 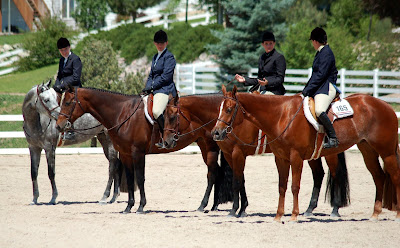 Roughly half of the horses in this division were braided with hunter style braids. 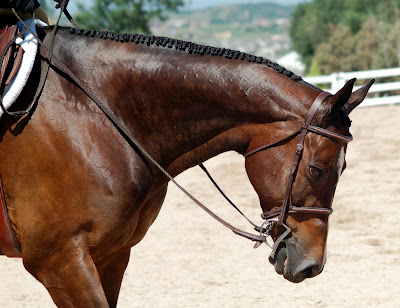 The other half wore bands. Many--but not all--of the banded horses went on to show in the Western Pleasure classes later in the day. 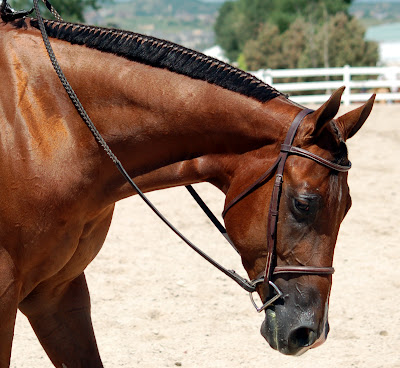 Although I did not see any horses competing with loose manes, I did notice one horse whose mane was completely roached off! 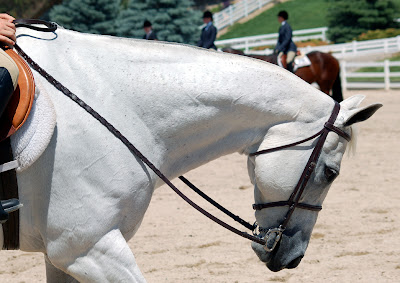 Tails were uniformly long, full and banged at the fetlocks. I did not see a single braided tail. 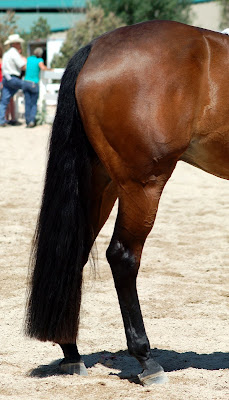 At a regular USEF hunter show, nearly every horse in the ring will be wearing a big dee ring snaffle. There were some of these bits at the RMQHA Youth and Amateur Show... 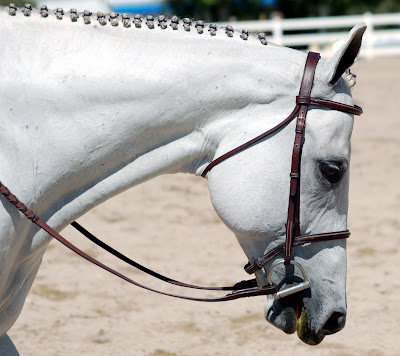 but there were also a lot of kimberwicks. 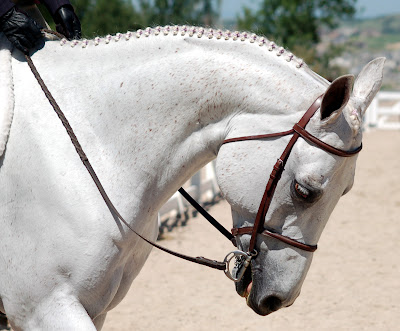 Another popular choice was the Myler dee ring bit. At first glance this looks like a regular snaffle. However, if you look closely you will notice that this bit is fitted with a curb chain. Also, the reins and cheekpieces attach to the bit through "hooks" which give the bit a mild curb effect. 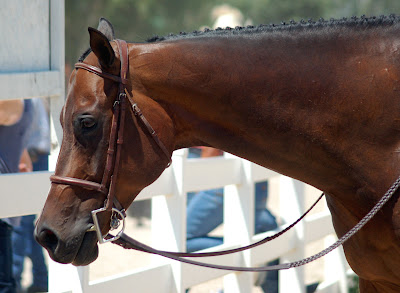 A couple other notes on turnout--every single horse showing in this division wore a number pocket saddle pad. That's something you don't see at a USEF hunter show, so keep that in mind as you dress your model hunter. Also, even in the Youth classes, none of the riders had chinstraps on their helmets. 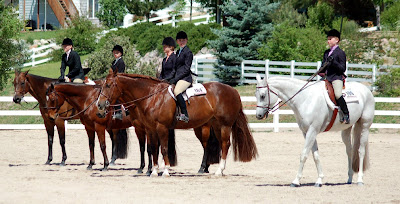 Questions, comments, random thoughts? Please post them!
Posted by Braymere at 11:10 AM