Cleanliness is next to firstliness.

She's right. I can not tell you how many times I've seen really good performance showers lose classes because they neglected the basic building blocks of their entries. It really doesn't matter how nice the rest of the set-up is, if the foundations are faulty, you probably aren't going to win the class.

In today's post, we're going to discuss one of the most basic basics: bridle fit.

There are so many ways that model horse bridles can go wrong, but one of the most common is described by Erin Corbett like this: If I look at your entry from the front, and I can see air between the cheeks of the headstall and your horse, I cry. I cry so many tears. So many.

I feel her pain. The entire headstall should lie flat against the horse's head. There shouldn't be any gaps.

Bit placement is another important and often problematic issue. The mouthpiece should be placed right at the corner of the horse's mouth. A tiny bit lower is okay, particularly with a curb bit. However, it's never alright to have the bit at or lower than the midpoint of the mouth. 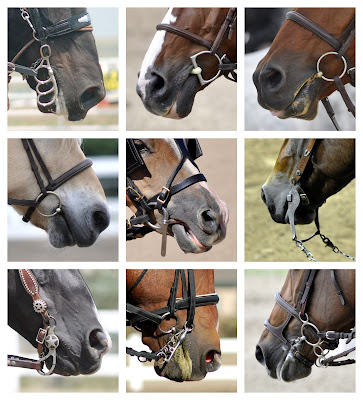 If the bit is a curb, it also needs to have a curb chain (or curb strap). If it's a double bridle, the curb chain needs to pass in front of the snaffle bit.

Noseband types and usage vary widely across horsedom, and the specifics of which are a topic beyond the scope of this article. For hobby purposes, it's most important that the noseband be even when viewed from the front, and all the pieces are in contact with the horse's head. If the bridle has a flash noseband, figure eight noseband or some other flavor of dropped noseband, that needs to be placed in front of the bit. 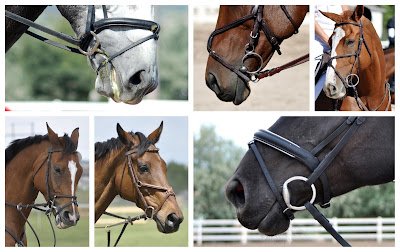 Depending on the style of bridle, the buckles on the cheekpieces may fall above, below or even with the horse's eyes, but they should never, ever touch the eye itself. 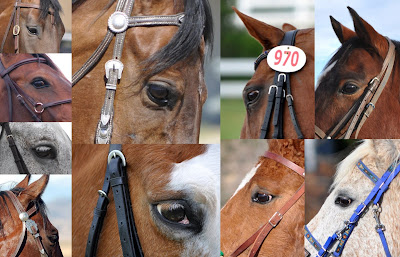 Ideally, the browband should lie flat against the horse's forehead and be close to, but not touching, the base of the horse's ears. It should roughly parallel the noseband rather than tilting downwards or upwards.

This is mostly an aesthetic issue, however. Minor crookedness and small gaps look sloppy, but don't have a profound affect on bridle function. As such, I will mark them down, but less so than a misplaced bit or absent curb chain.

It's much the same with ear pieces on Western bridles. They should fit closely around the ear and not pop out in front of the horse's forehead. 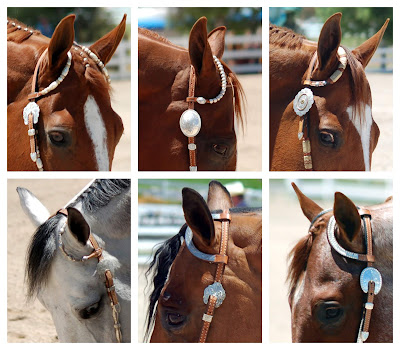 Ear bonnets, if used, should be placed under the bridle's crownpiece and browband. 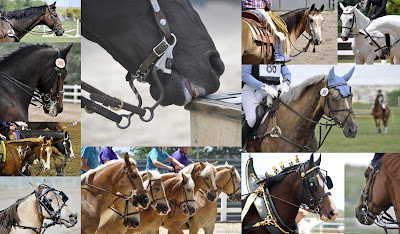 There is, of course, a lot more to bridle fit than this. For the purposes of model horse performance showing, however, these are the basic building blocks for success. If you can get this much right, the judge probably won't cry many, many tears when she looks at your entry.
Posted by Braymere at 3:46 PM