NaMoPaiMo is just ten days away, and hobbyists across the globe are scrambling to prep their ponies before the end of the month. For most artists, prepping is a solitary, and usually dreaded, task. However, a few enterprising NaMoPainters have found a way to make prepping both fun and social: NaMoPaiMo Prepping Parties. 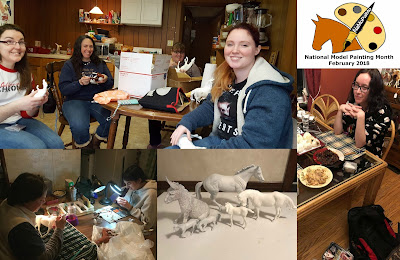 The first prepping party of the year took place January 8 at Sondra Householder's home in Iowa. This was a small, two person party, with just Sondra and Amanda Bowe in attendance. 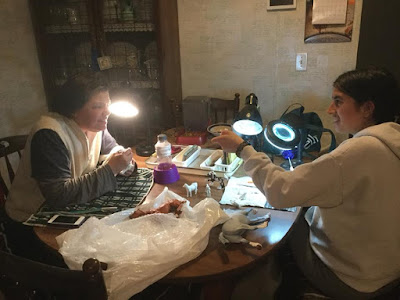 They were supervised by Sondra's cat, who is, apparently, a very exacting taskmaster! 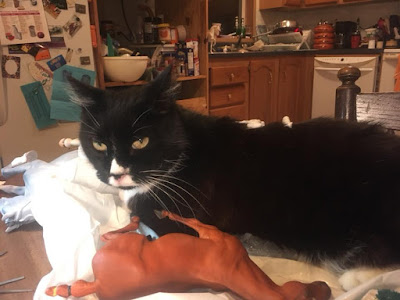 The next prepping party was a two day, two person affair attended by Andrea Brygidyr and Erica Ferguson. 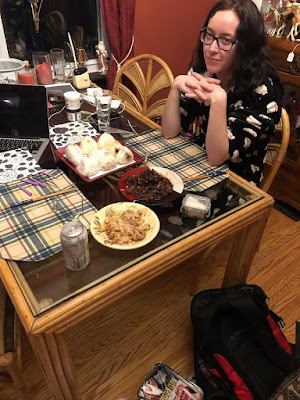 This party was equal parts prepping, foal watch and adventures in Japanese cooking. The prepping and food parts were a big success. Foal watch is ongoing. You can read all the details on Andrea's blog. 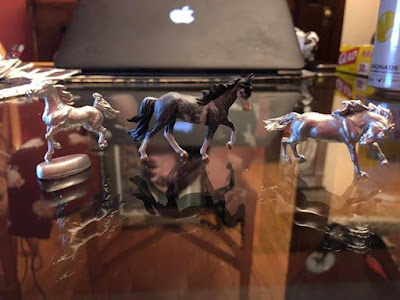 Yesterday there were two more big prepping parties, both of which were live-streamed on Facebook. The first was held by Erika Ipes in Pennsylvania.
The second was a jointly hosted by Cindy Evans and Betsy Groff at Betsy's house in Georgetown, Kentucky. The guest list included Candice Curtis, Ashley Palmer, Angela Risinger-Morlock and Rachel Alford. 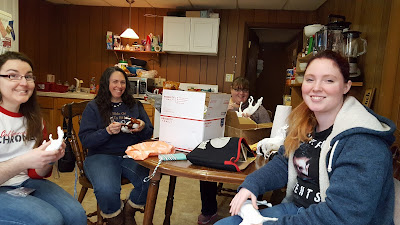 Everyone brought a project to work on, and Cindy kindly snapped pictures and commentary to share here. First up is Ashley's  Conquistador resin. This model was painted previously, but had to be stripped due to water damage. Ashley spent most of her time time picking out the stubborn leftovers of his original paintjob and revisiting missed seems. 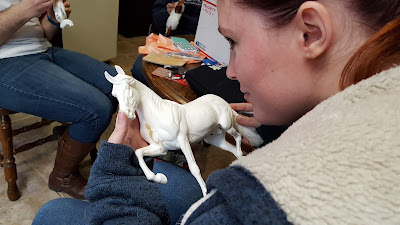 Angela's model is a Breyer Boomerang. She removed the eyebrows to make him look more realistic, and also mentioned fixed his mouth so he wasn't "smiling.". 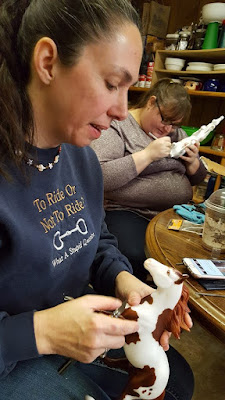 Betsy worked on several projects, including making a base for this former ornament model. 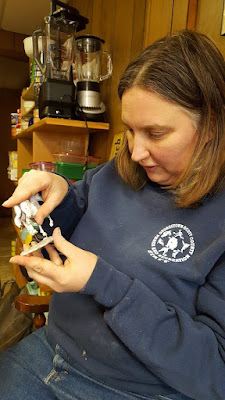 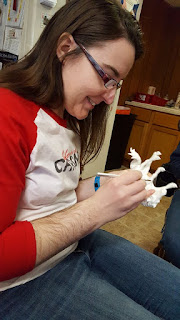 and Rachel were first time preppers. They were happy to receive support and guidance from the other party goers. 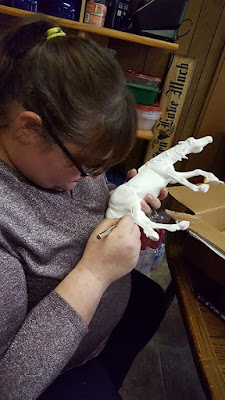 Since prepping with pets is a NaMoPaiMo tradition, Cindy's dog, Molly... 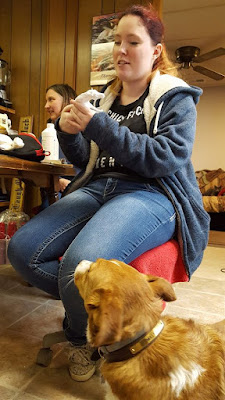 and her cat, Bug, both took part in the festivities. 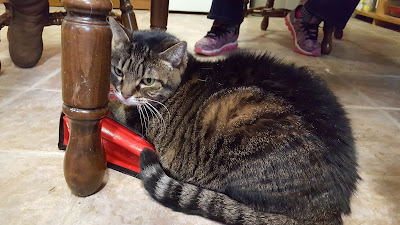 The party ended with a trip to Red State BBQ's food truck... 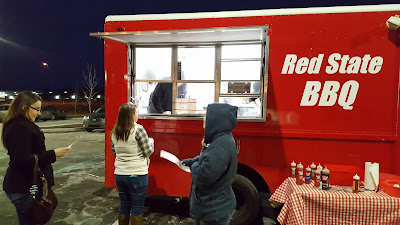 and a hard cider from Country Boy Brewing. 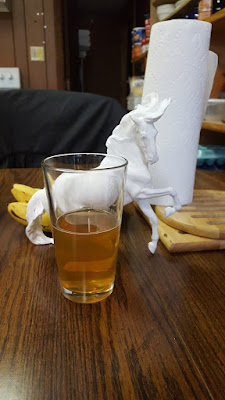 Cindy writes: The party was a complete blast! We all had a lot of fun, learned a lot, and everyone agreed we should totally hold more art parties like this in the future.

I one hundred percent agree with that sentiment. Nothing makes me happier than seeing hobbyists get together for collaborative, rather than competitive, endeavors. Congratulations, Sondra, Amanda, Andrea, Erica, Erika, Linda, Betsy, Candice, Ashley, Angela, Rachel and Cindy. You are the NaMoPaiMo champions of the day!
Posted by Braymere at 2:00 PM