In fact, just the opposite is true. Although rules vary by region, if you use a nameplate halter at NAN, your horse will be disqualified. It's happened before.

Because of this, people who buy nameplate halters do so not because they want to win a blue ribbon, but because they have a deep and abiding affection for a specific model.

I kind of love that.

Most of my tack customers are also my friends, so I wasn't surprised by the names chosen for the recent batch of nameplate halters. 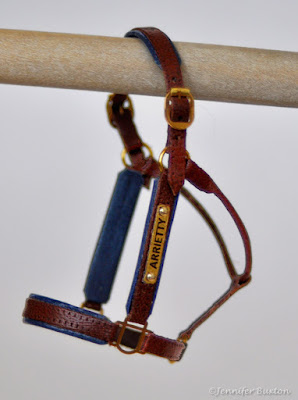 Janna Shepherd's head down Palouse, Arrietty, has been featured on this blog several times. 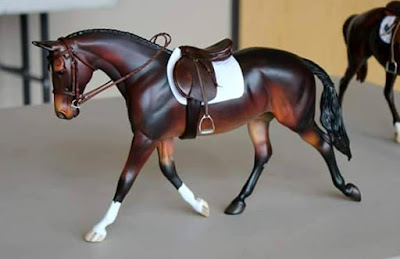 She's a serious performance superstar with many championships to her name. As Janna says, she's earned her halter. 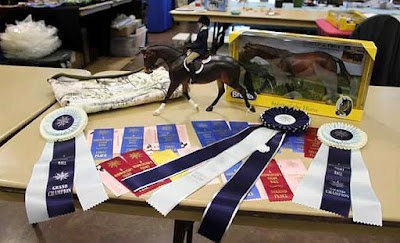 The same can be said for Jackie Arns-Rossi's Polka Parr T. 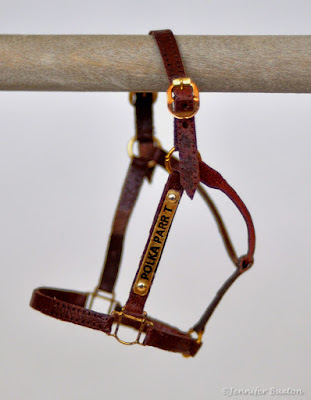 Created in 1999, this customized BHR Reiner is still a contender in the tough Region X performance arena. Here he is winning the Scene class at last year's TRXC. 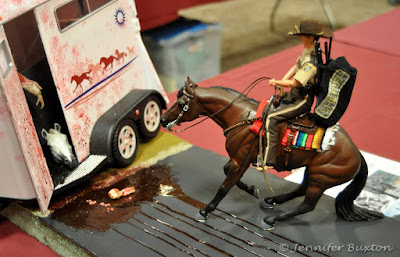 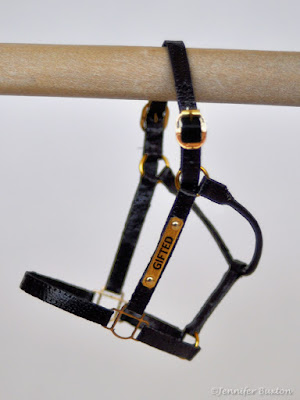 this customized Valor has quickly found his way into her heart. 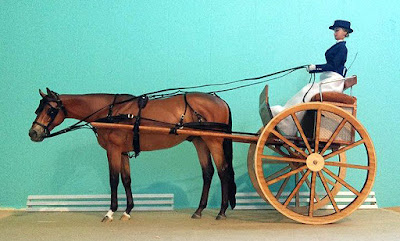 Likewise, Margaret Balch's Daydream Believer is a new but cherished member of her herd. 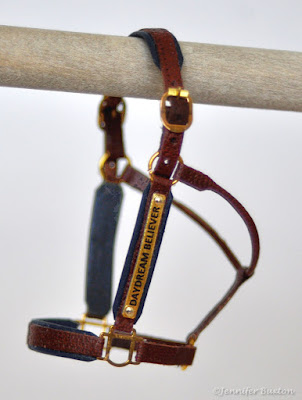 And what's not to love? Just look at this Purdy boy! 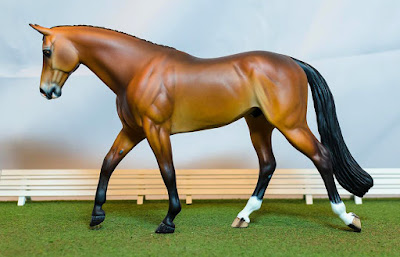 Thanks you, Janna, Jackie, Sara and Margaret. I really enjoyed making nameplate halters for the your favorite model friends.
Posted by Braymere at 11:59 AM