As much as I like the Grevy's Zebras, they're not my favorite equids at the Denver Zoo.  That distinction goes to the Mongolian Wild Horses (also known as Przewalski Horses or Takhi). 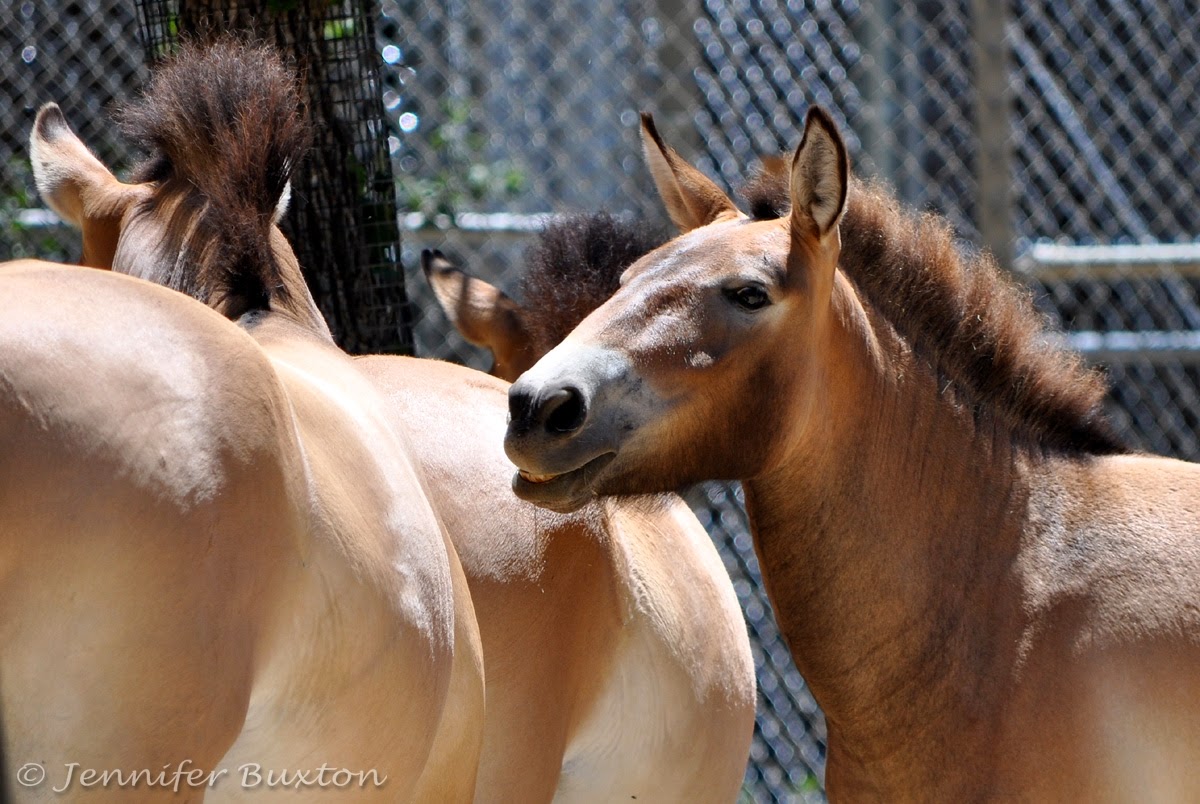 The youngest member of the herd is little Sube. 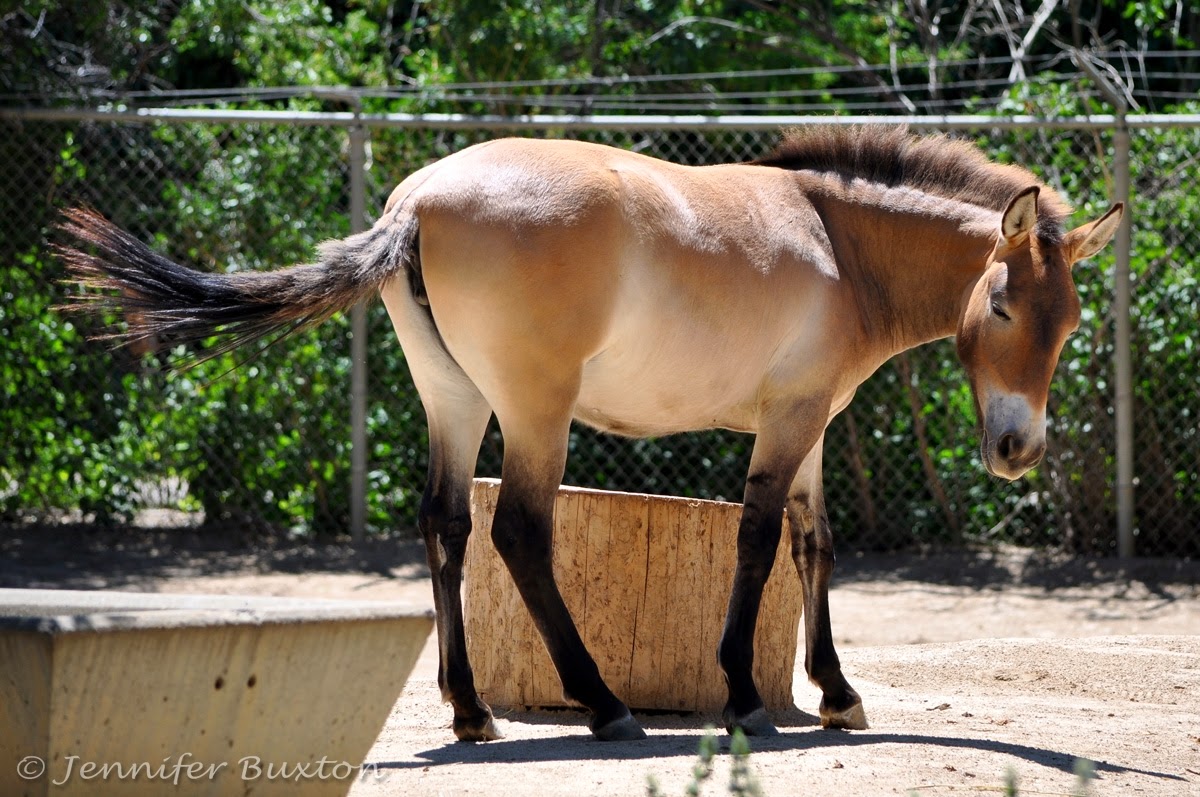 She was born just over one year ago, and has grown a lot since my last visit.  Here she is with her mother, Yisun and boss mare, Bernia... 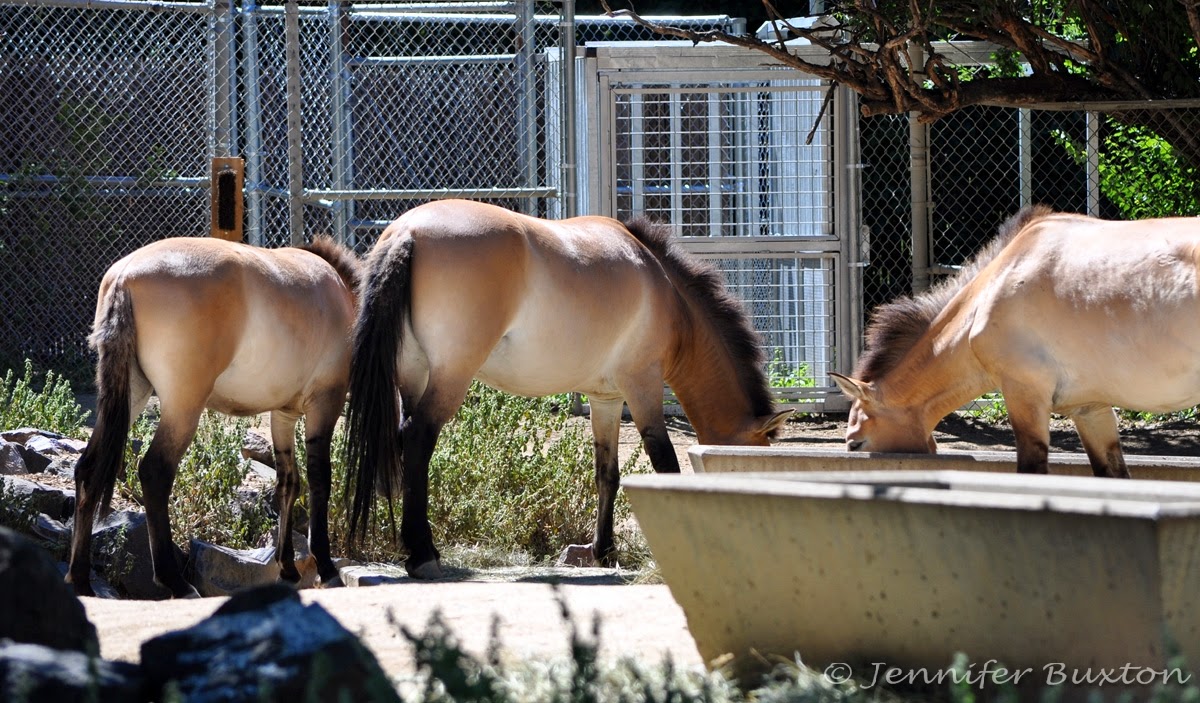 and again with her father, Bartaar. 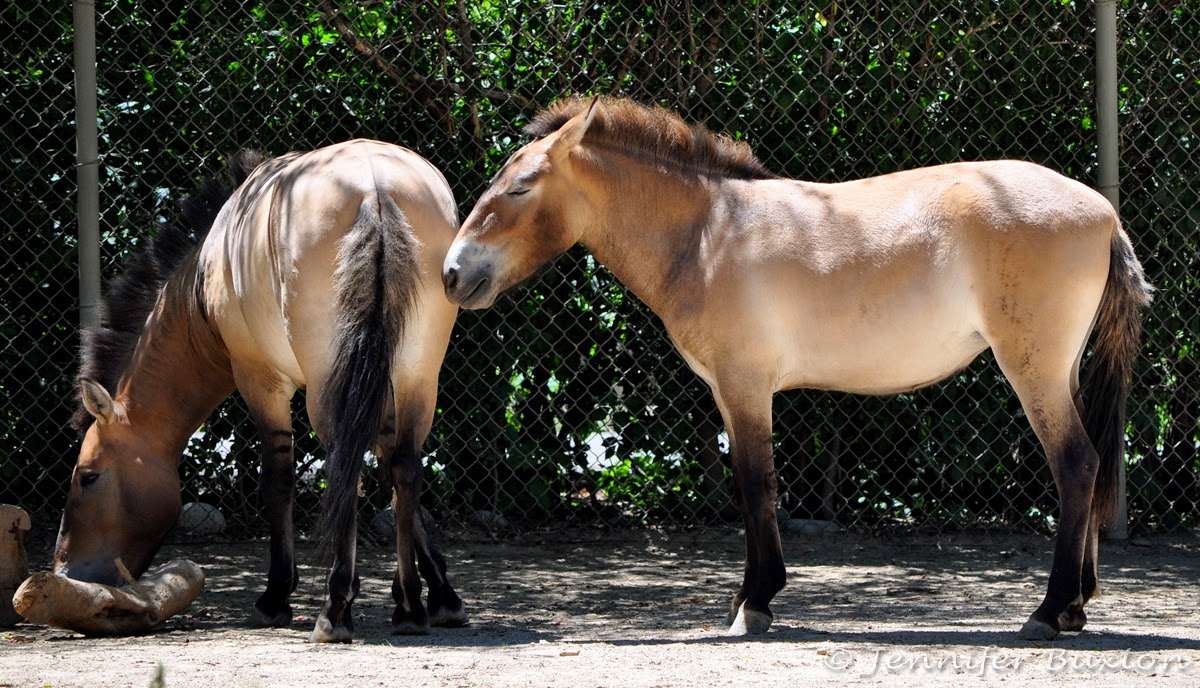 Such a pretty girl! 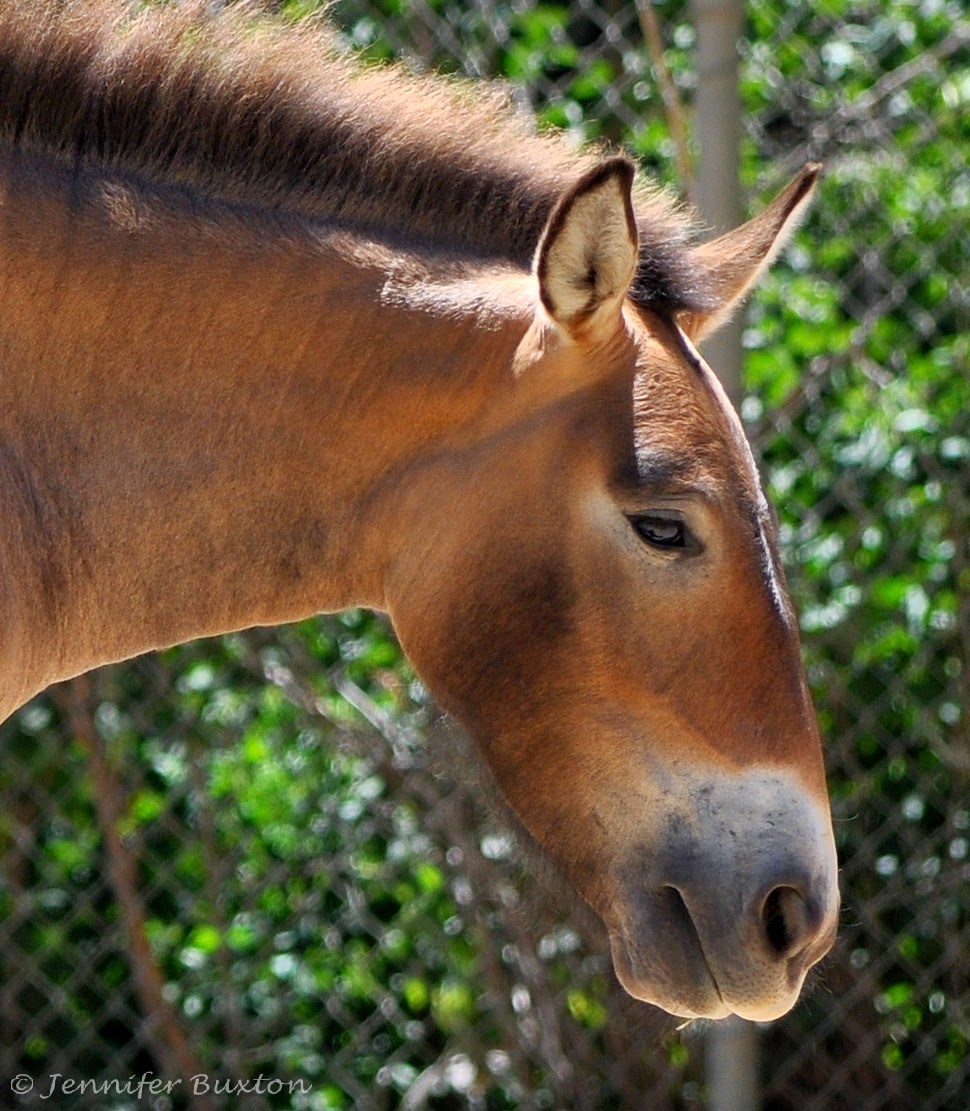 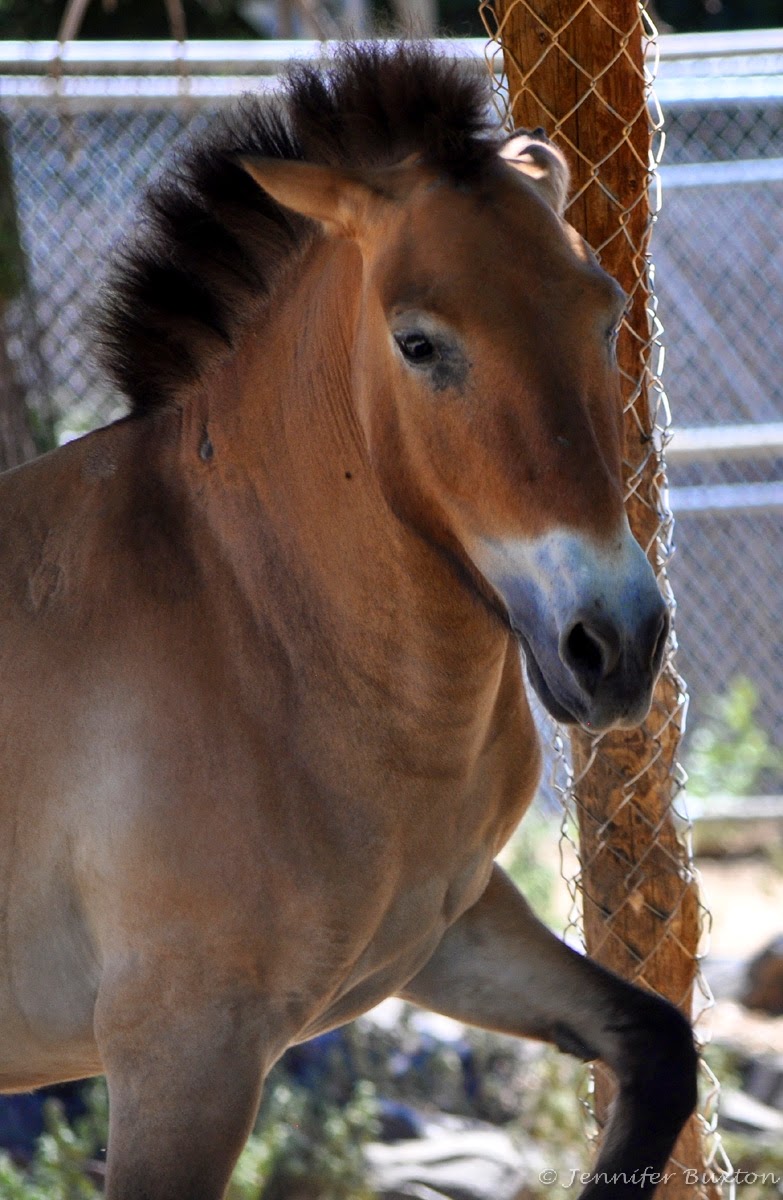 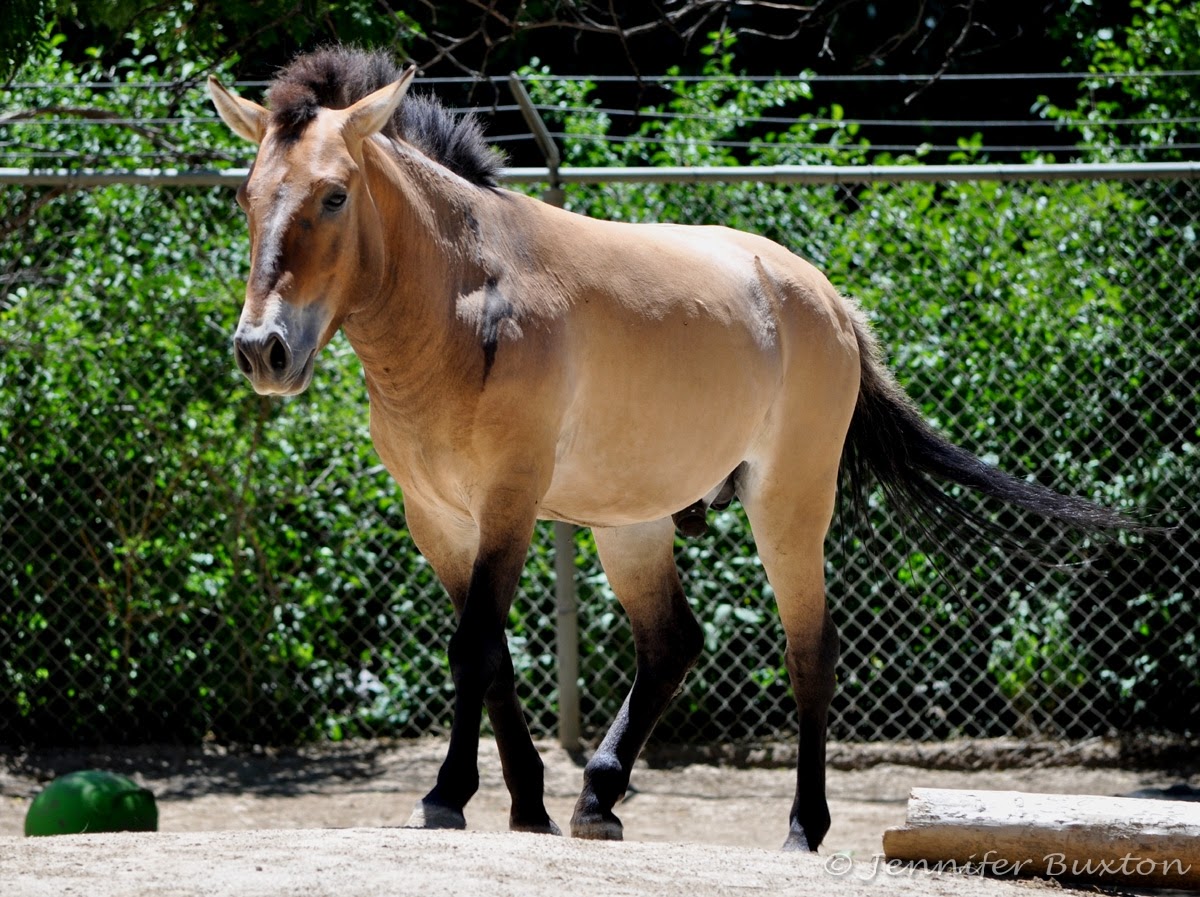 He has the most interesting markings on his shoulders.  Even if he wasn't the only stallion, he'd be easy to recognize. 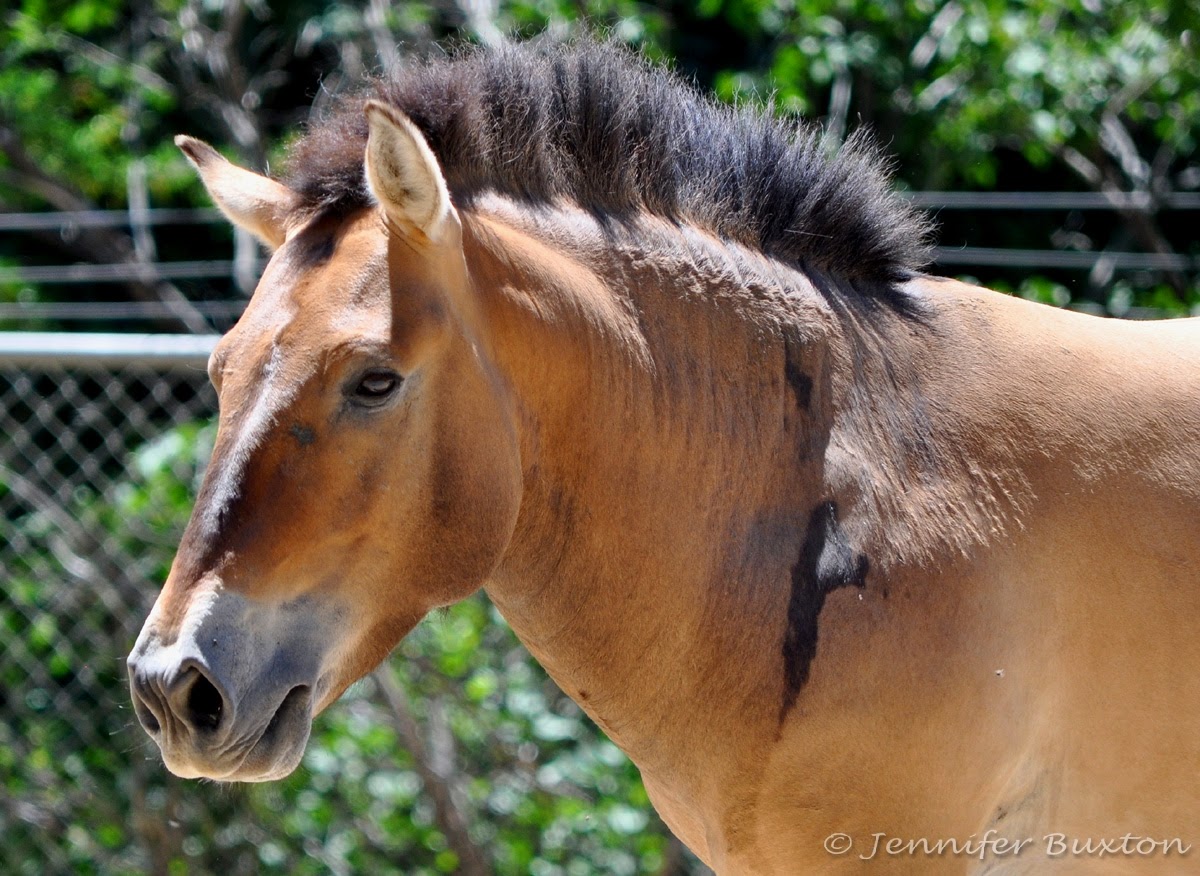 Last but not least, this is Bernia. 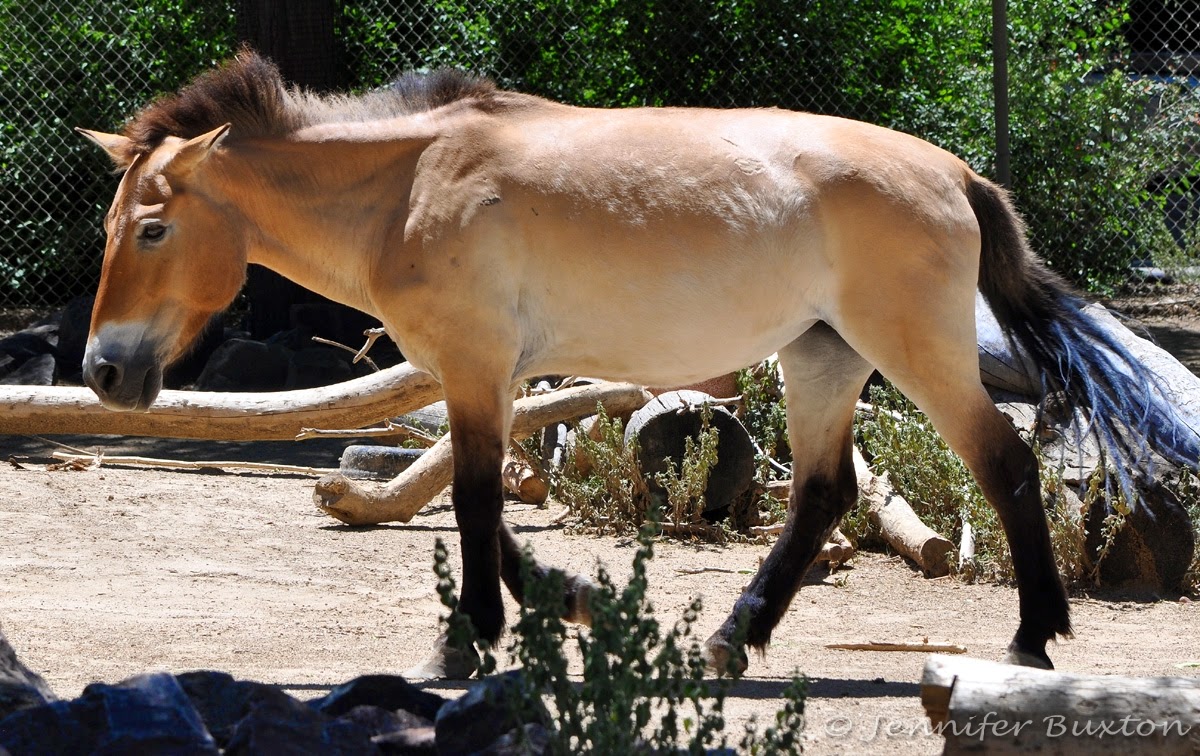 This old mare always looks a bit poor.  She's ribby and her coat still has patches of winter hair. 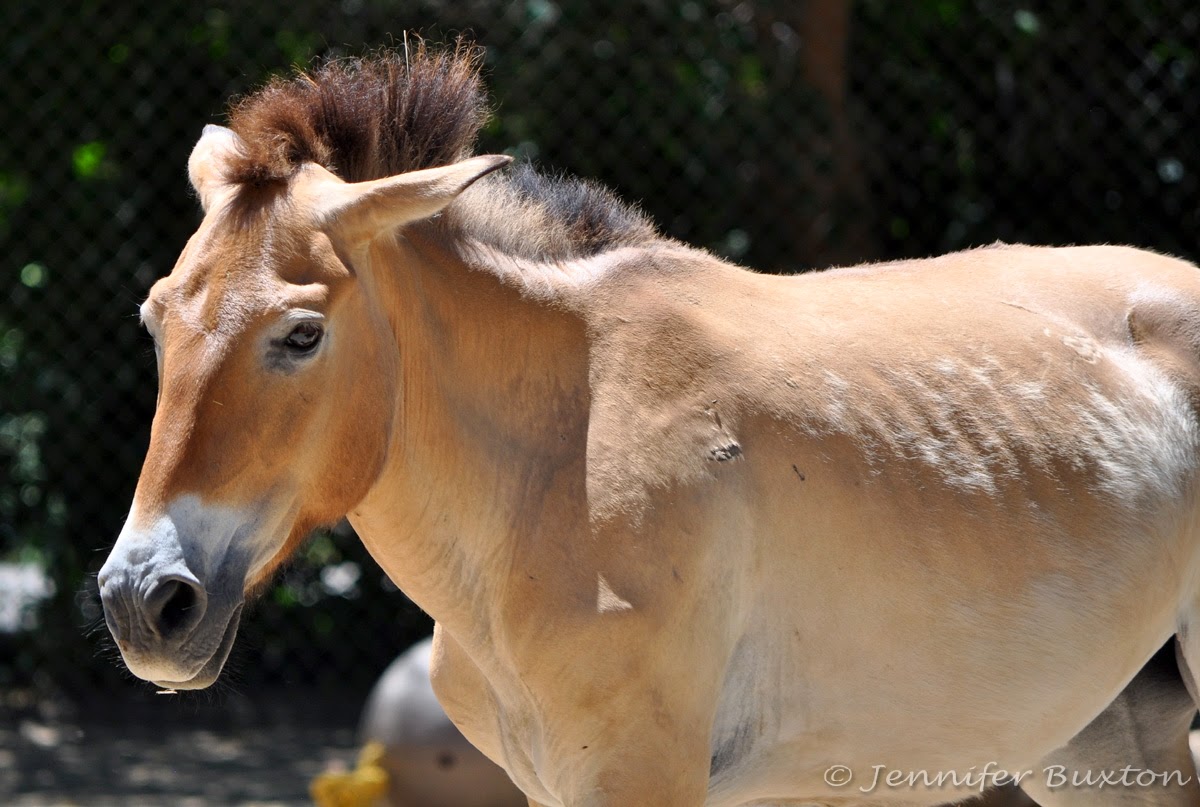 Still, I think she's beautiful.  Such a wise old face! 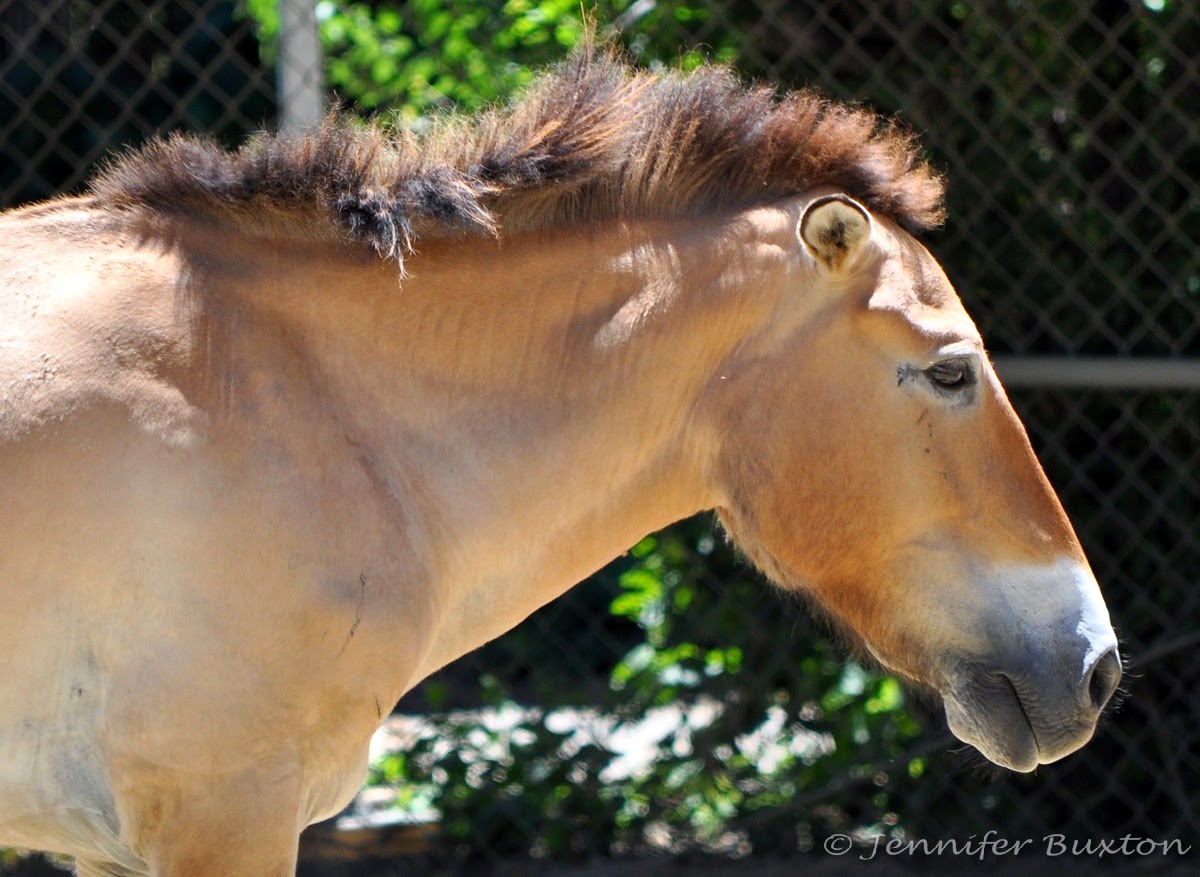 I could spend hours watching these horses. 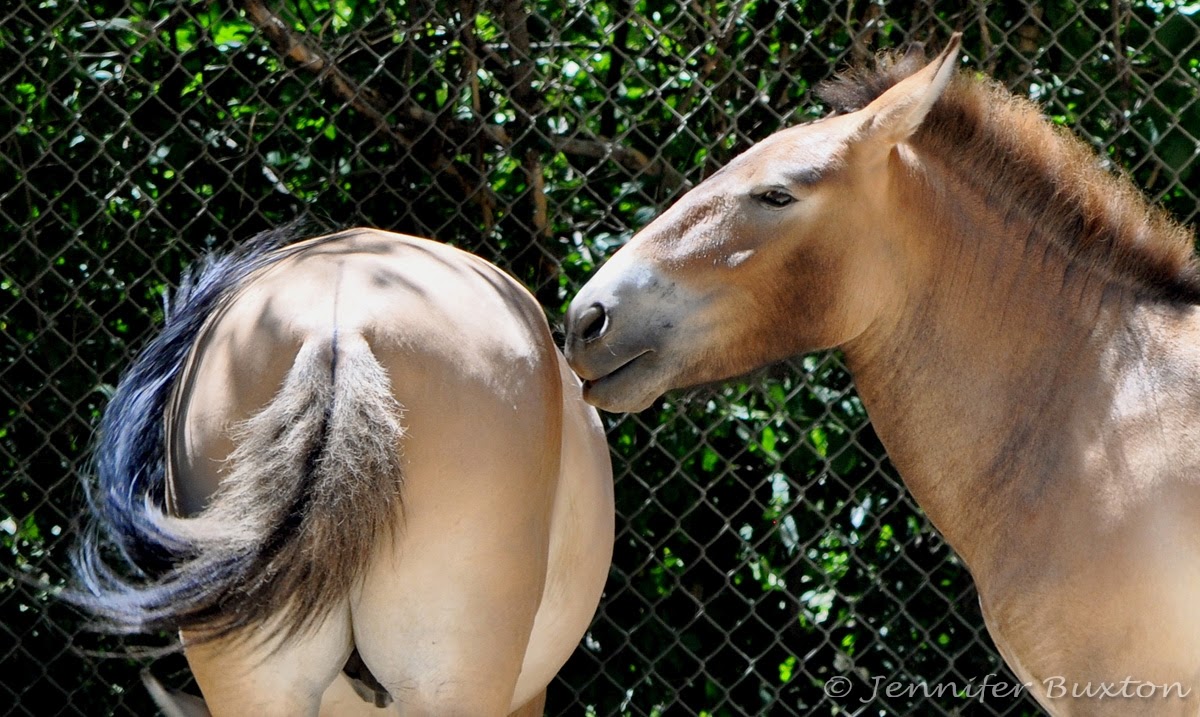 Hopefully, it won't be another year before I go back to see them again!
Posted by Braymere at 7:54 AM