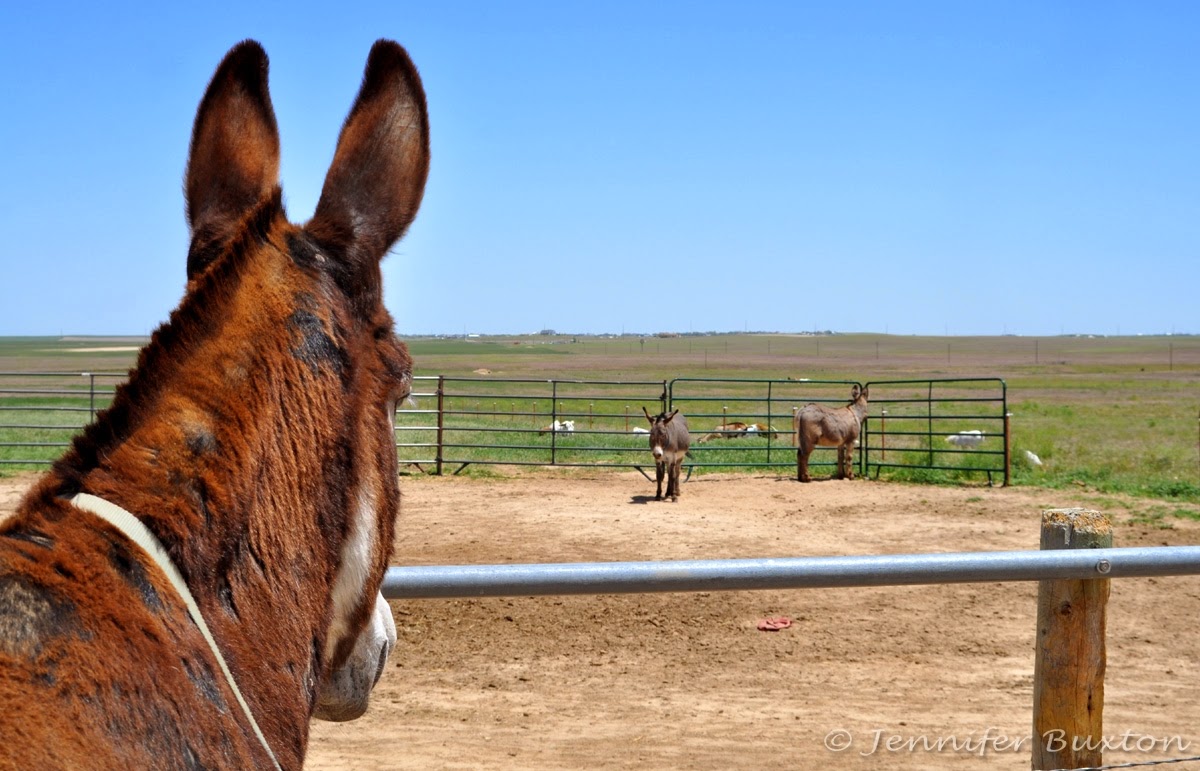 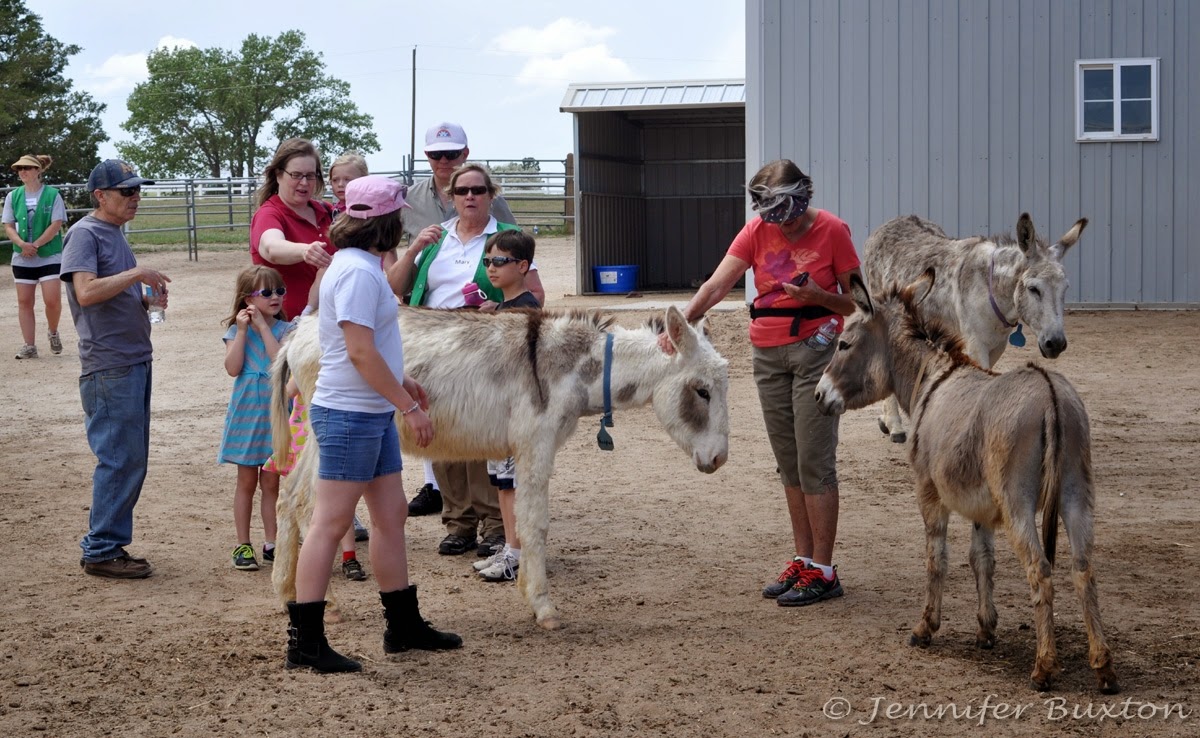 I love Longhopes, so this was a must attend event for me.  I was accompanied by James... 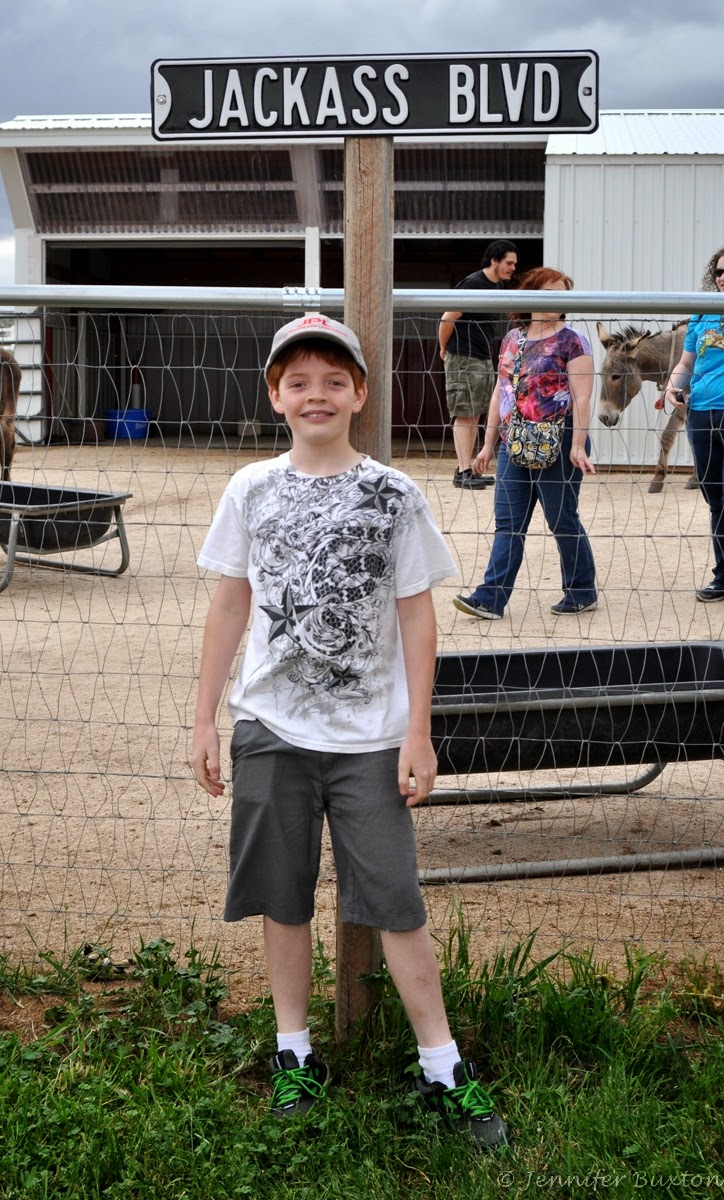 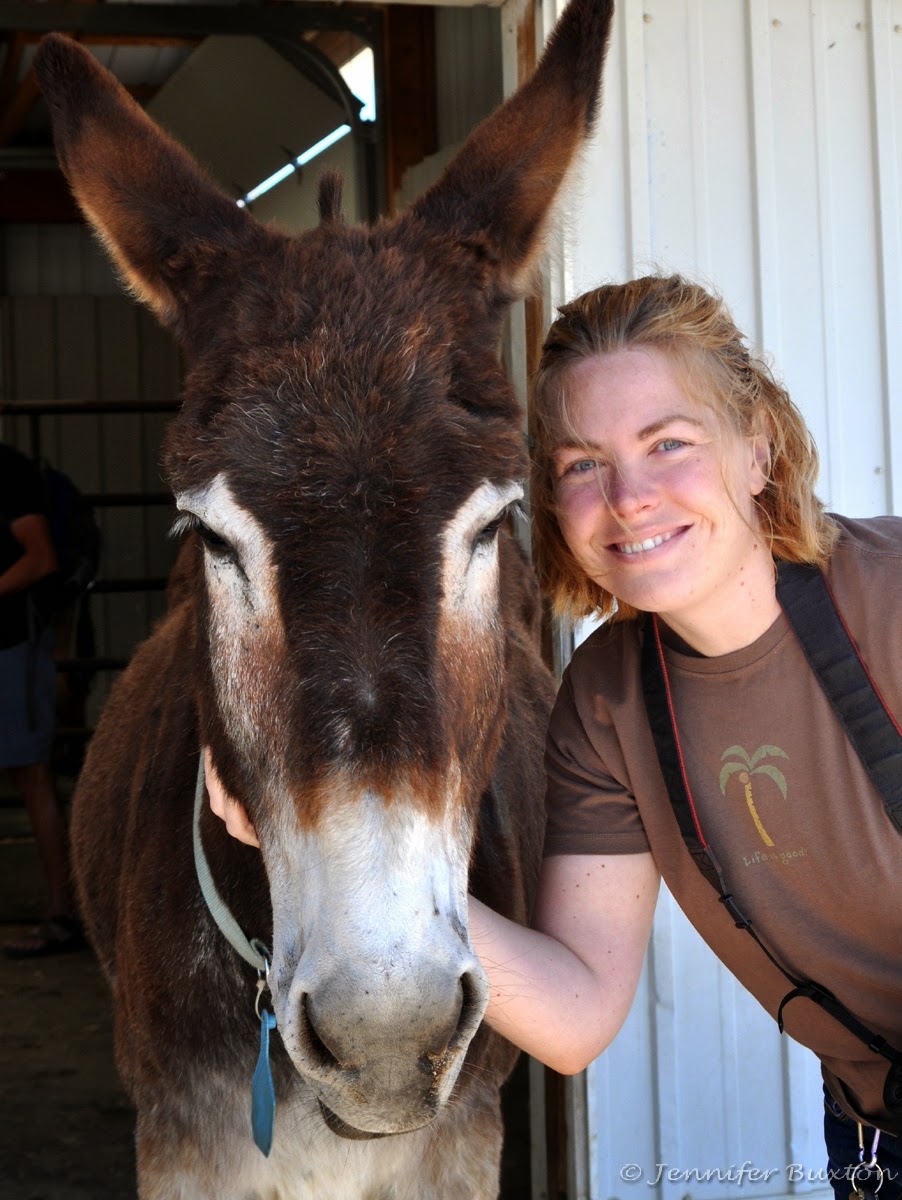 As soon as we arrived, we headed straight for the pastures and made a surprising discovery--James' foal whispering powers didn't translate well to donkeys.  Despite his best efforts, none of the Longhopes were very interested in him. 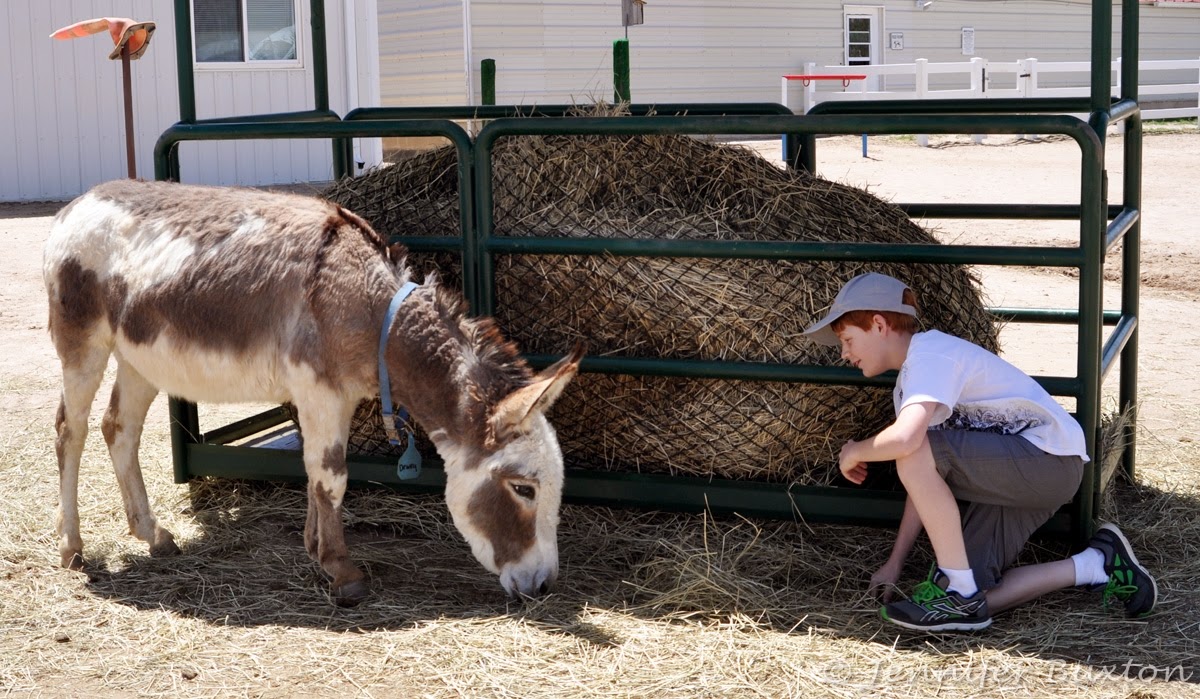 Then Della bit him. 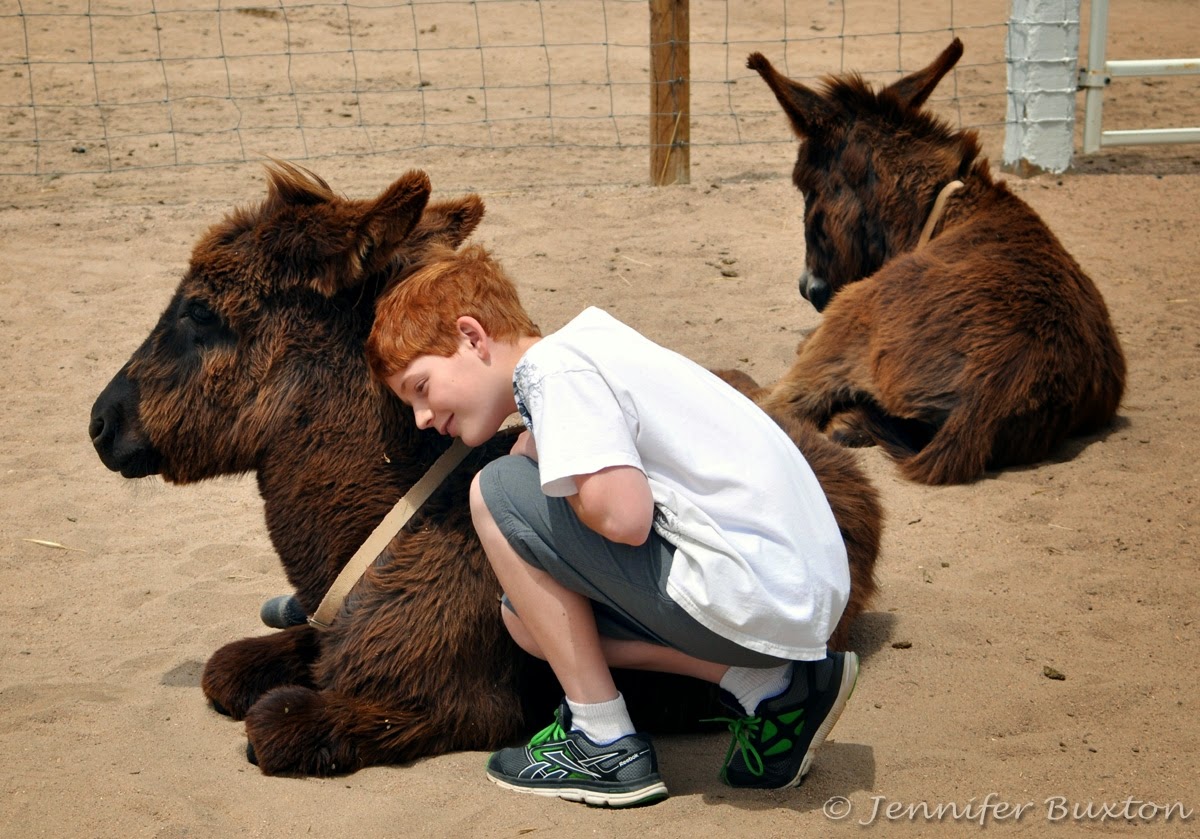 I thought it was game over, but fortunately, a white faced jenny named Annika saved the day. 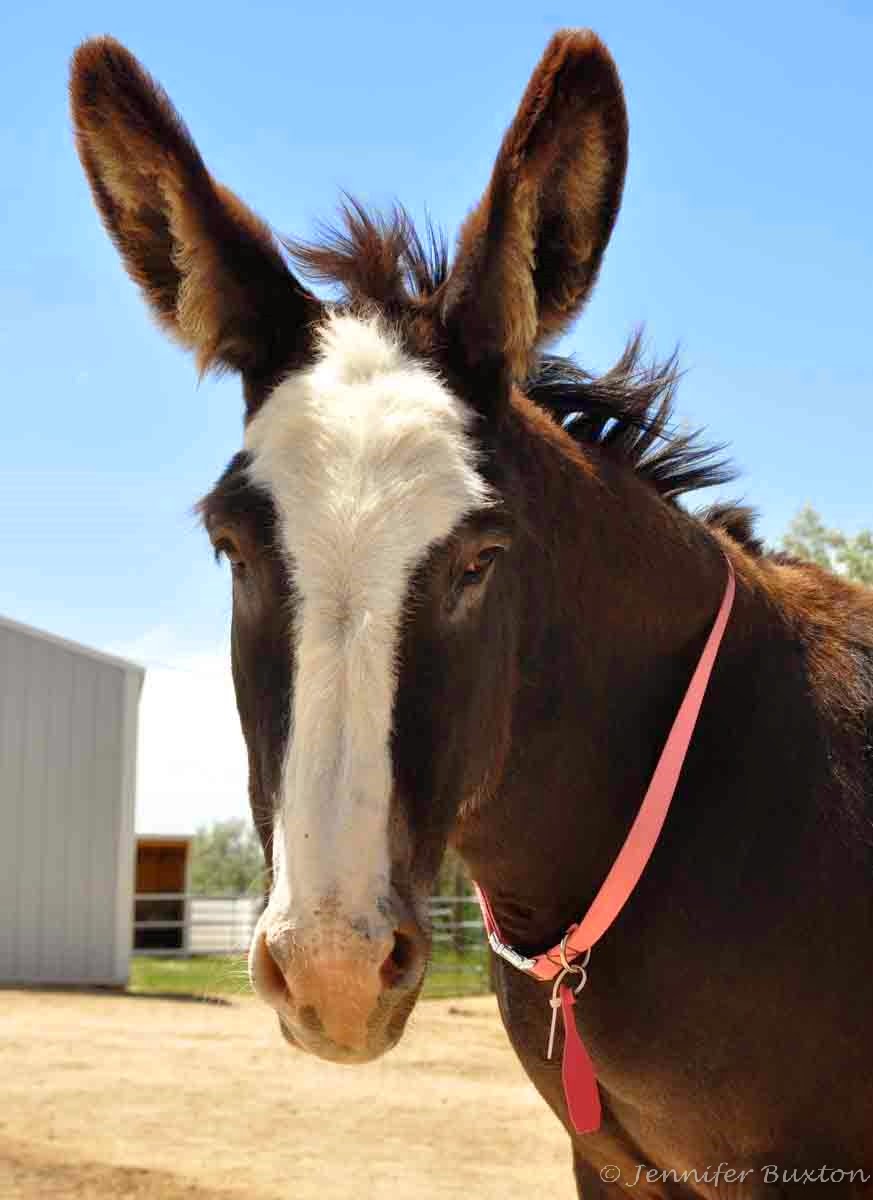 Her gentle personality more than made up for Della's transgressions. 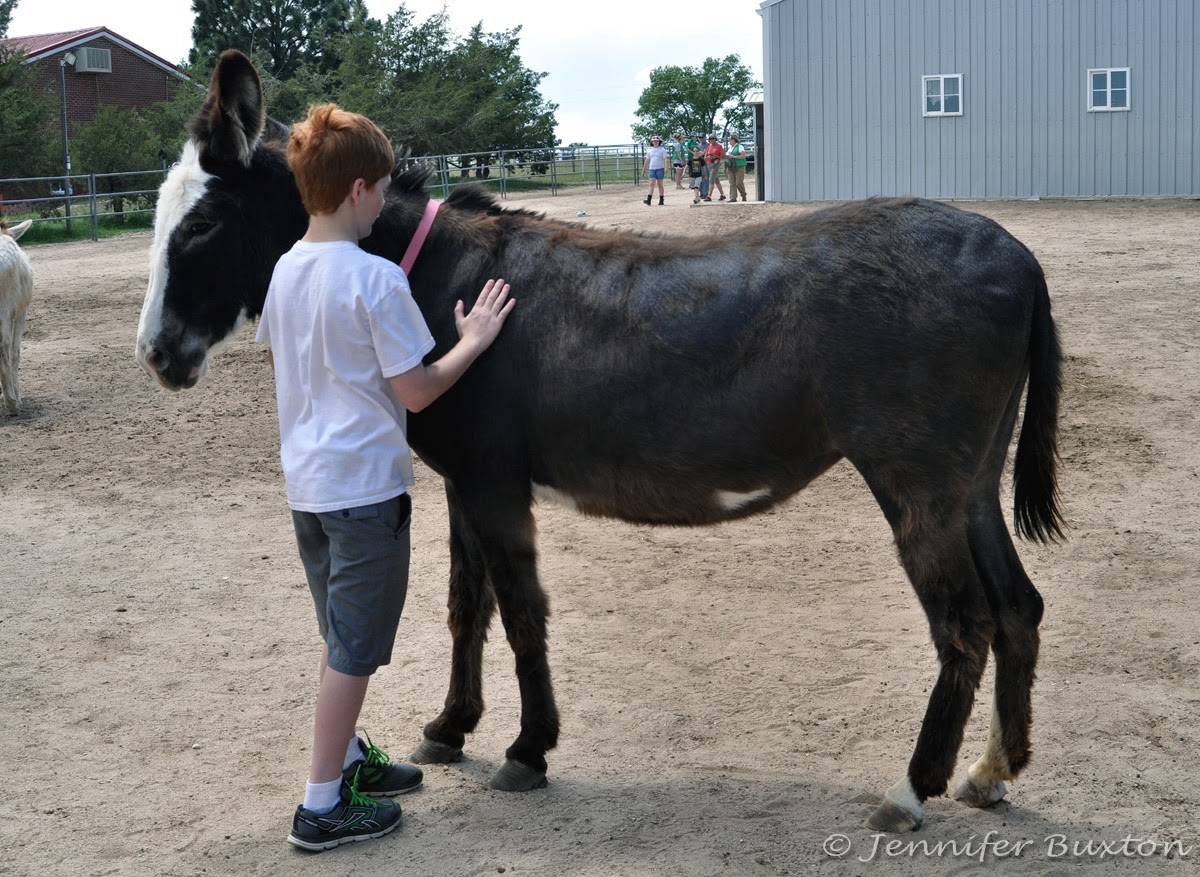 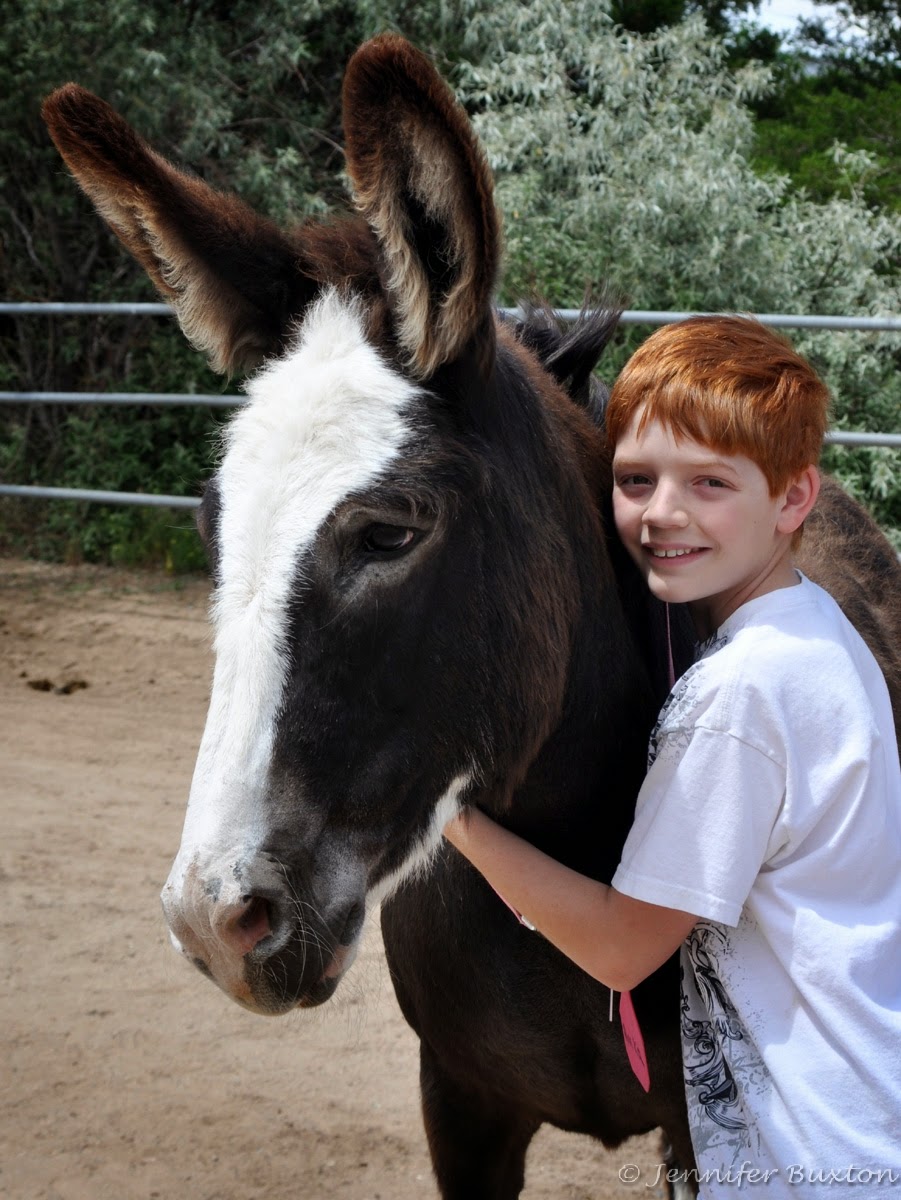 She could live in our backyard, right? 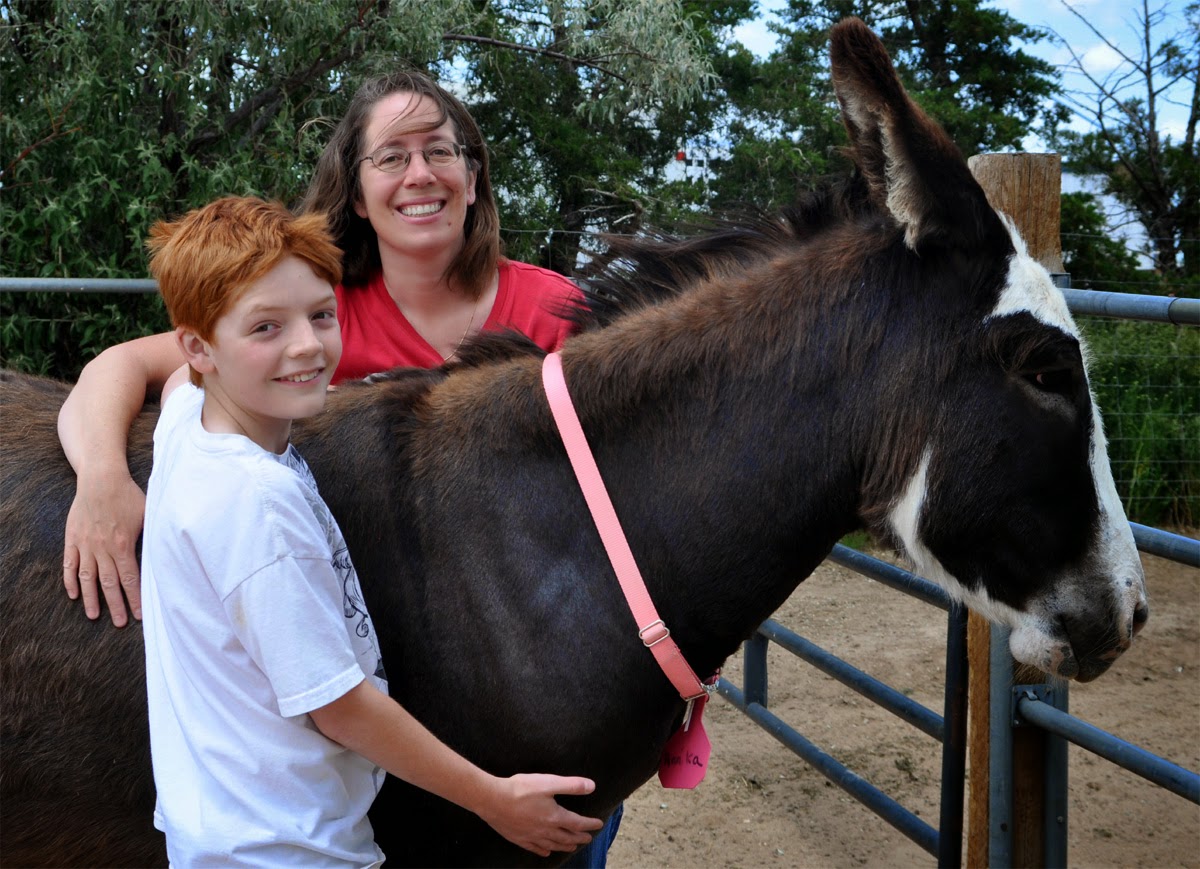 Speaking of which, I know these two would be happy in Jenn's backyard.  Come on, Jenn, you know you want them! 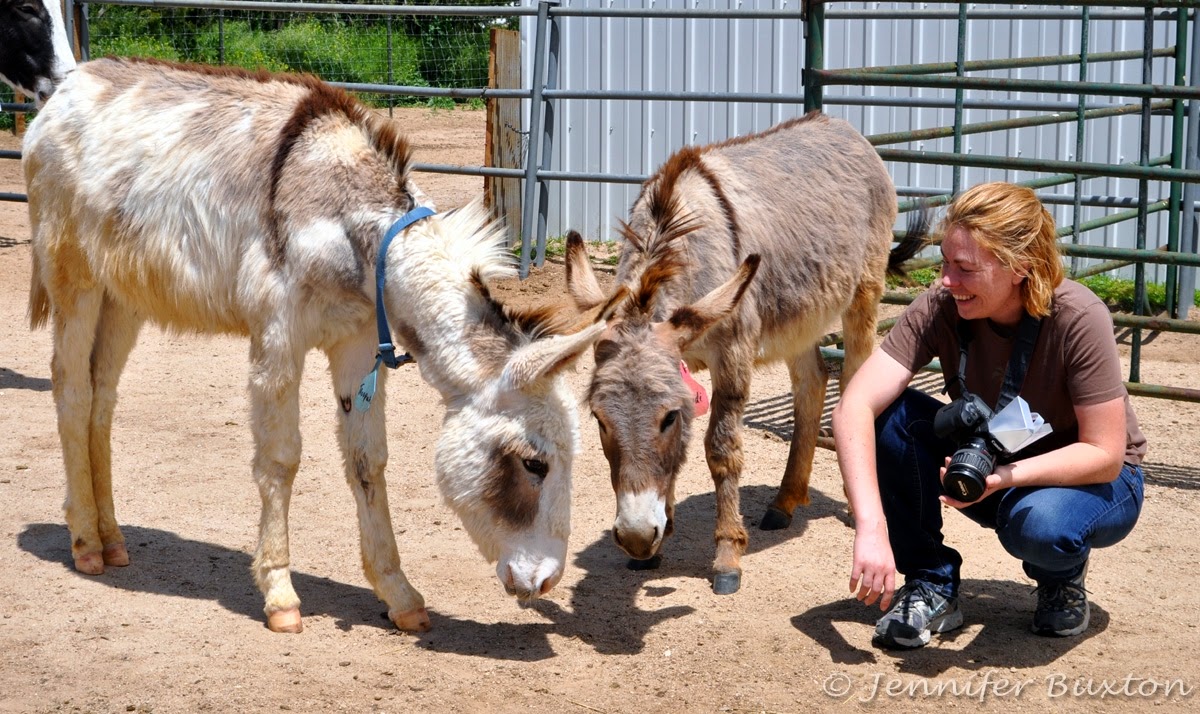 When we were finally able to separate James and Annika, we headed over to the donkey rides. 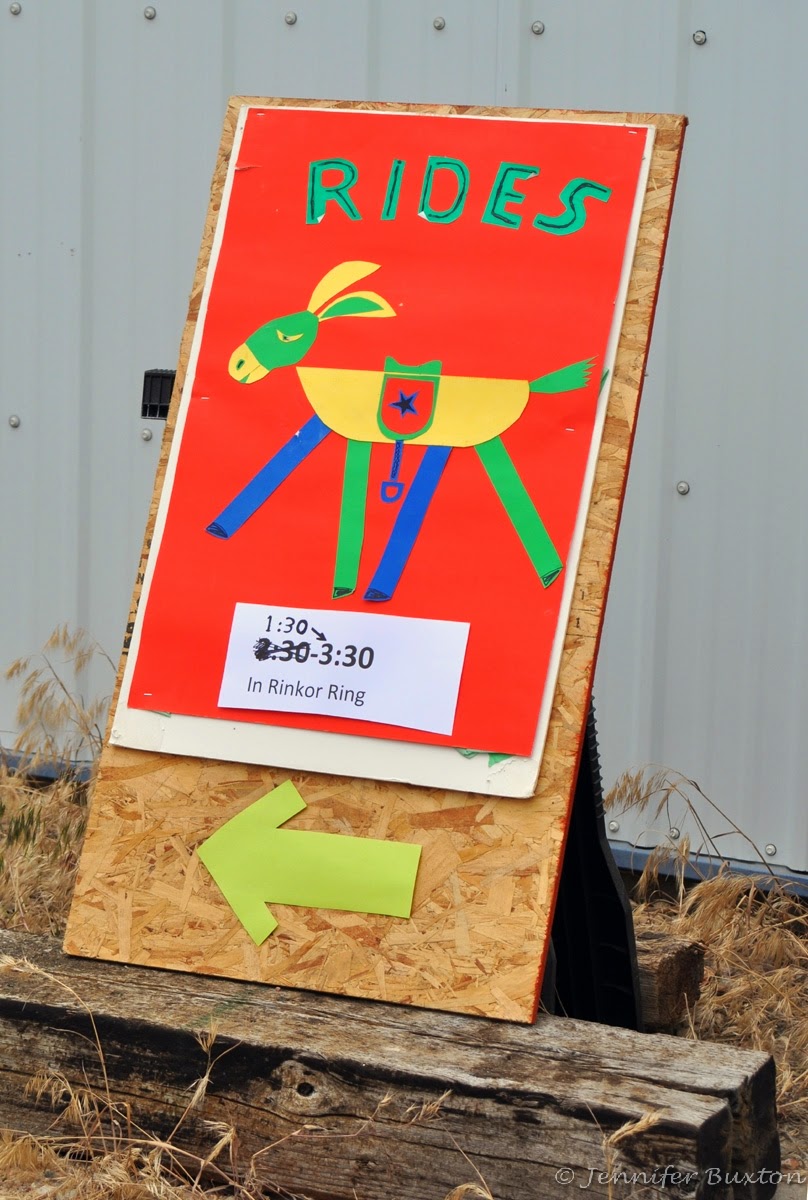 We stood in line and then James climbed aboard a great big donkey named Buster Brown. 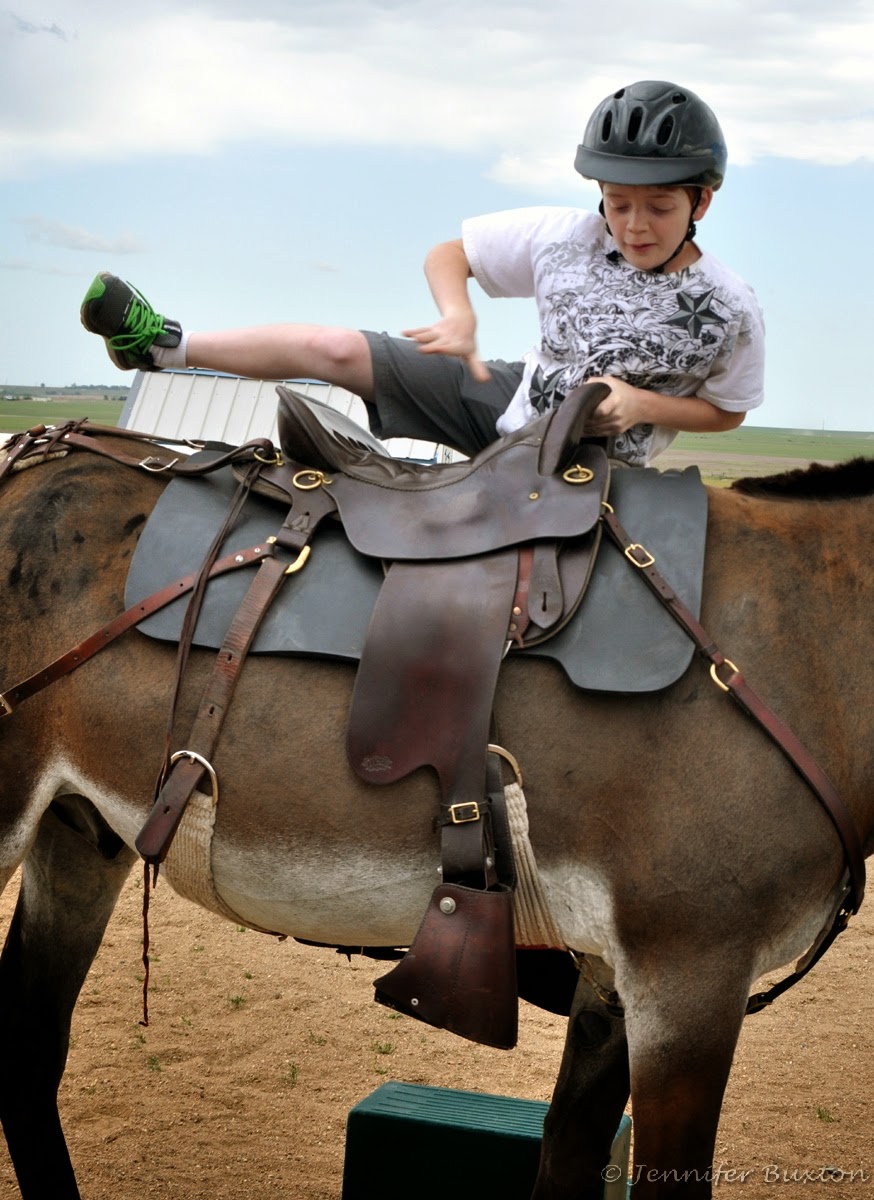 Okay, I admit it--I was a little bit jealous.  I want to ride a donkey, too! 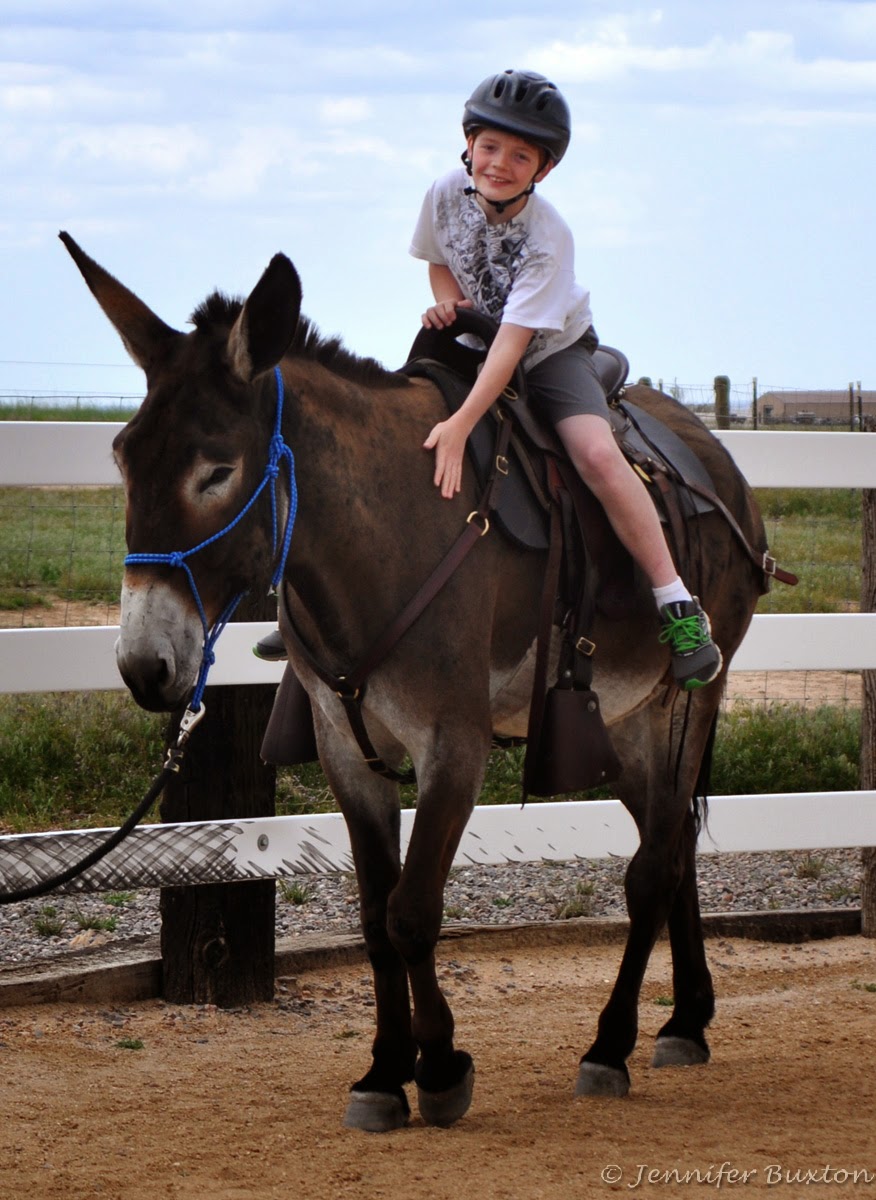 Despite the rough start, this was a really fun day for humans... 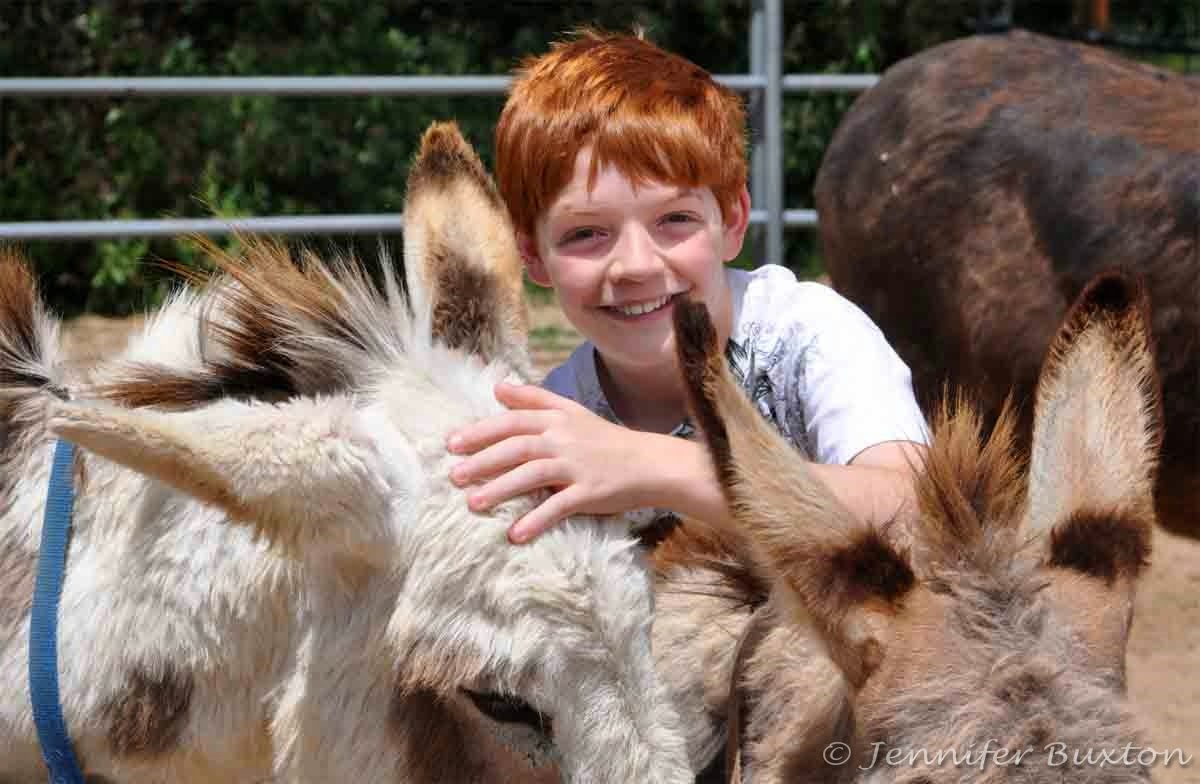 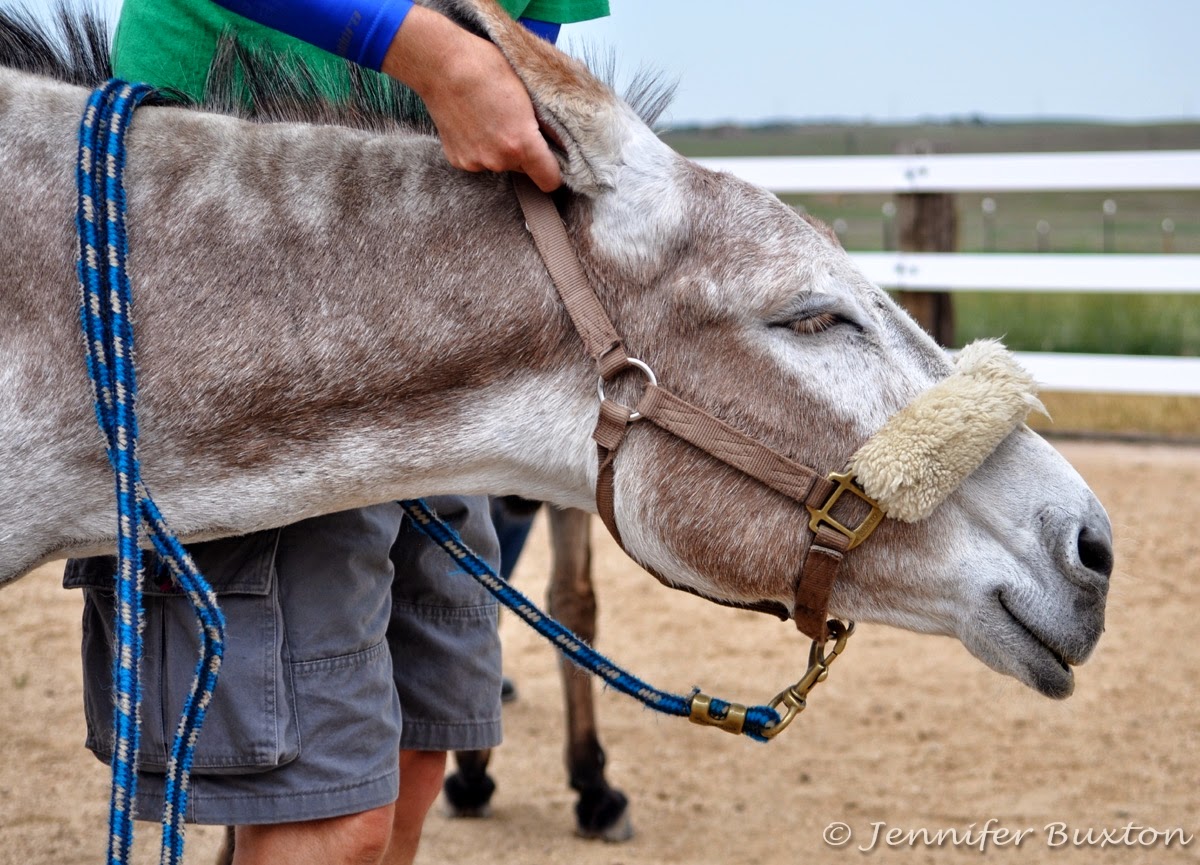 Thanks for coming with me, James and Jenn.  I can't wait to do it again next year!
Posted by Braymere at 3:42 PM