Denver is a football town. 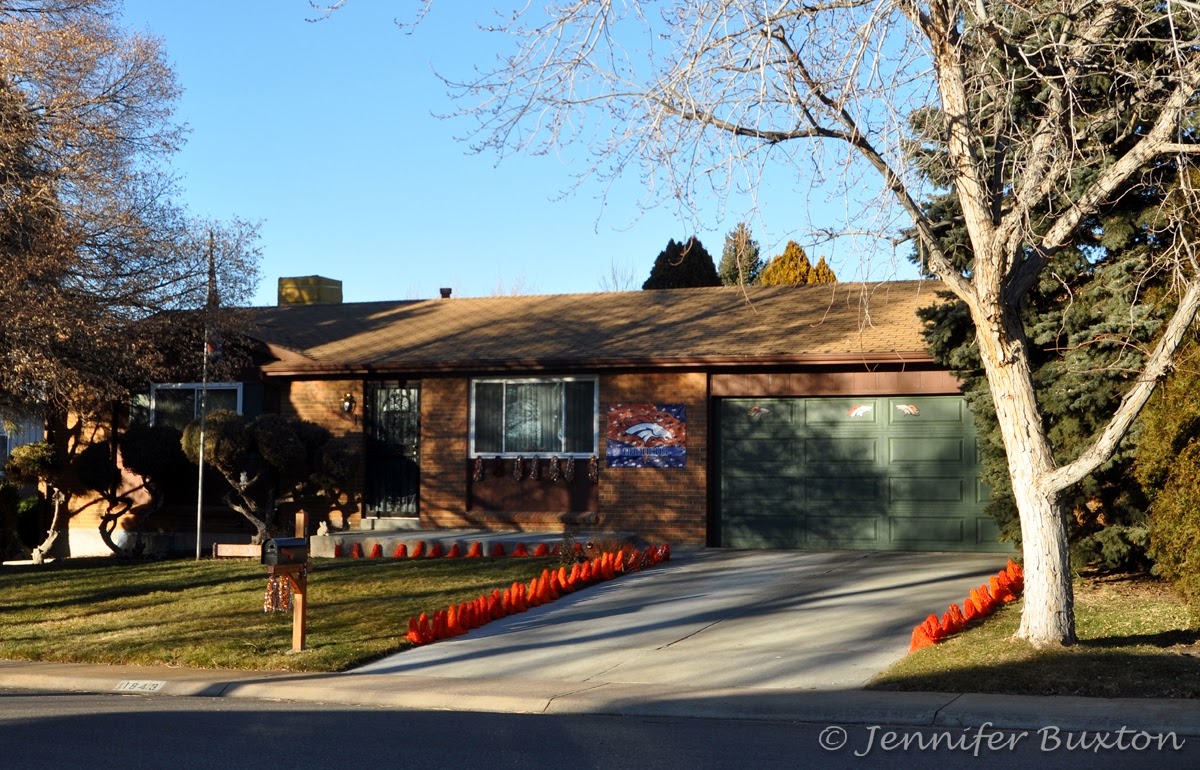 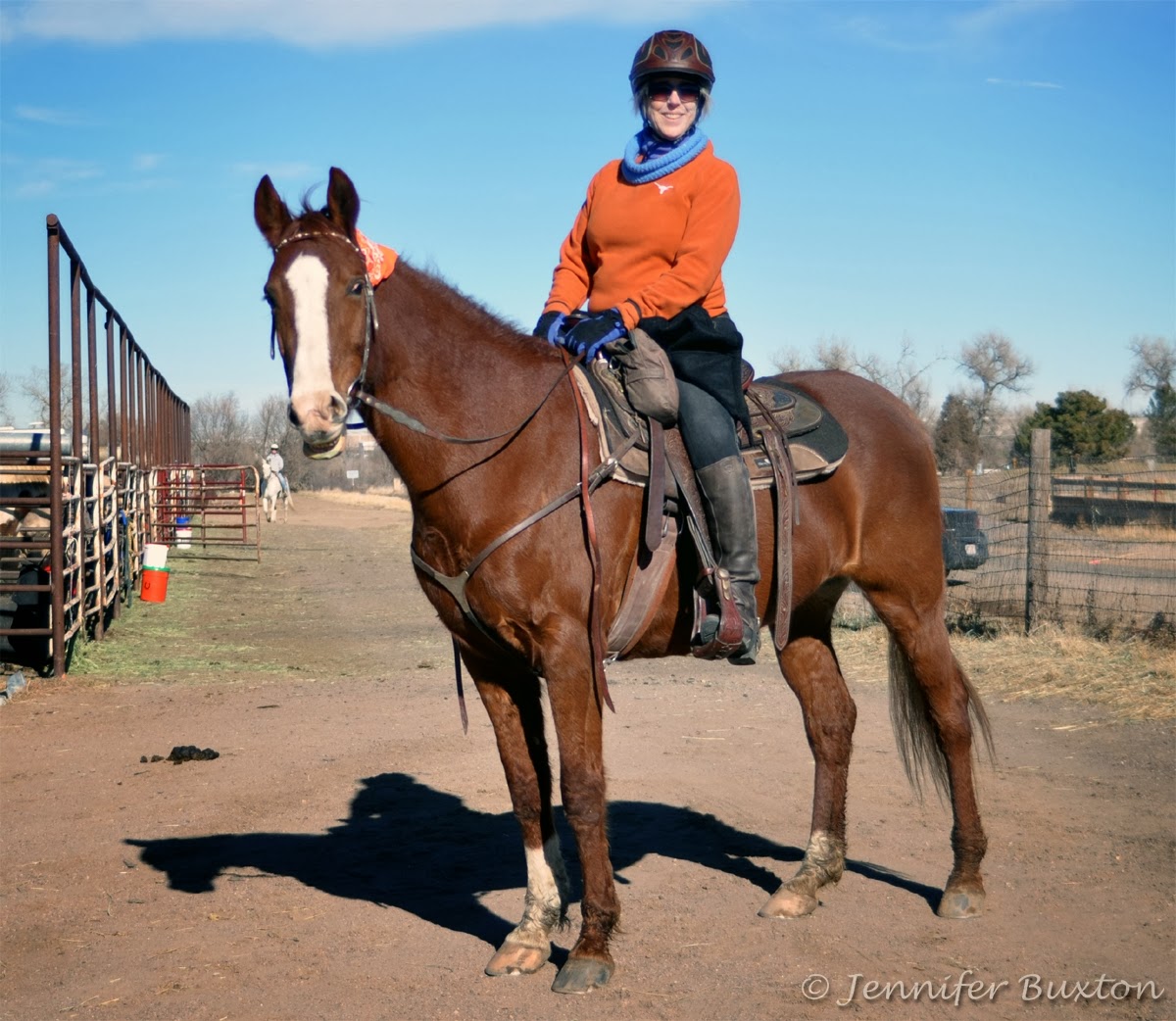 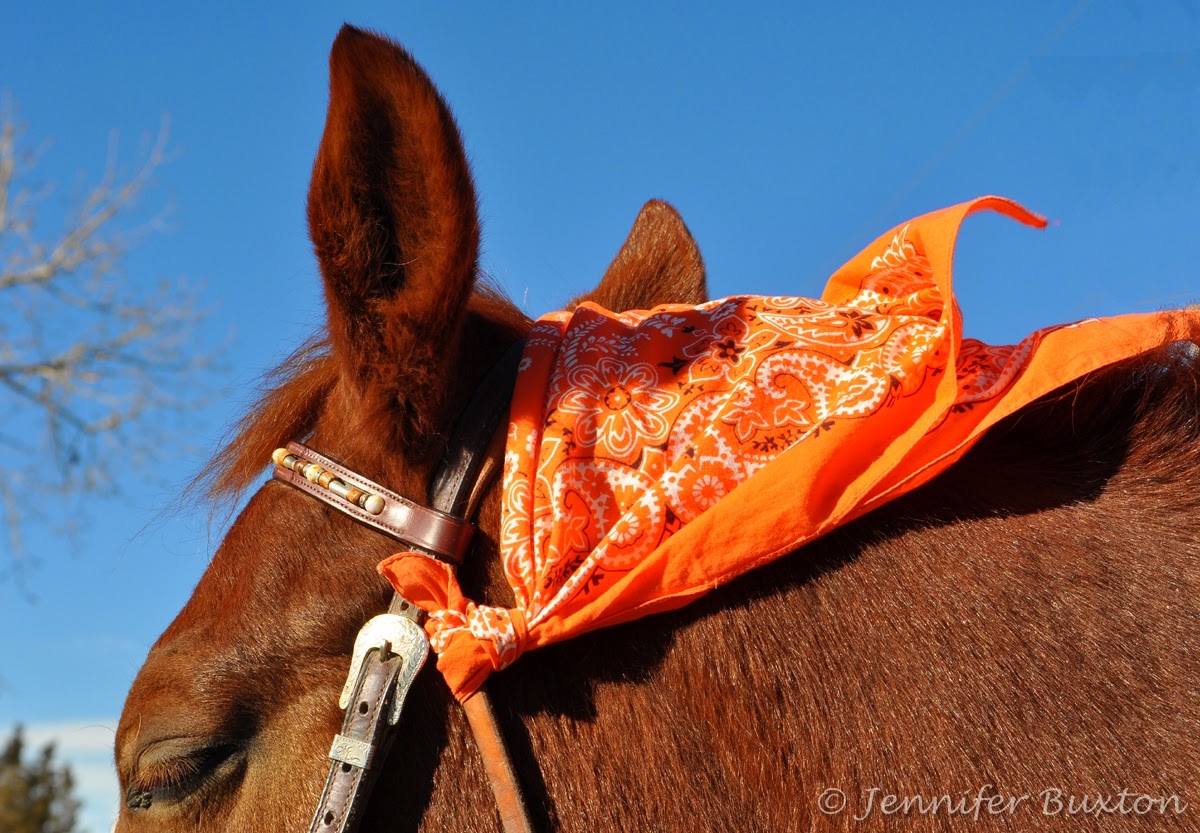 I'm not really a football fan, so I thought this would be a great day to go to the National Western Stock Show. After all, with everyone home watching the game, it was bound to be a lot less crowded. 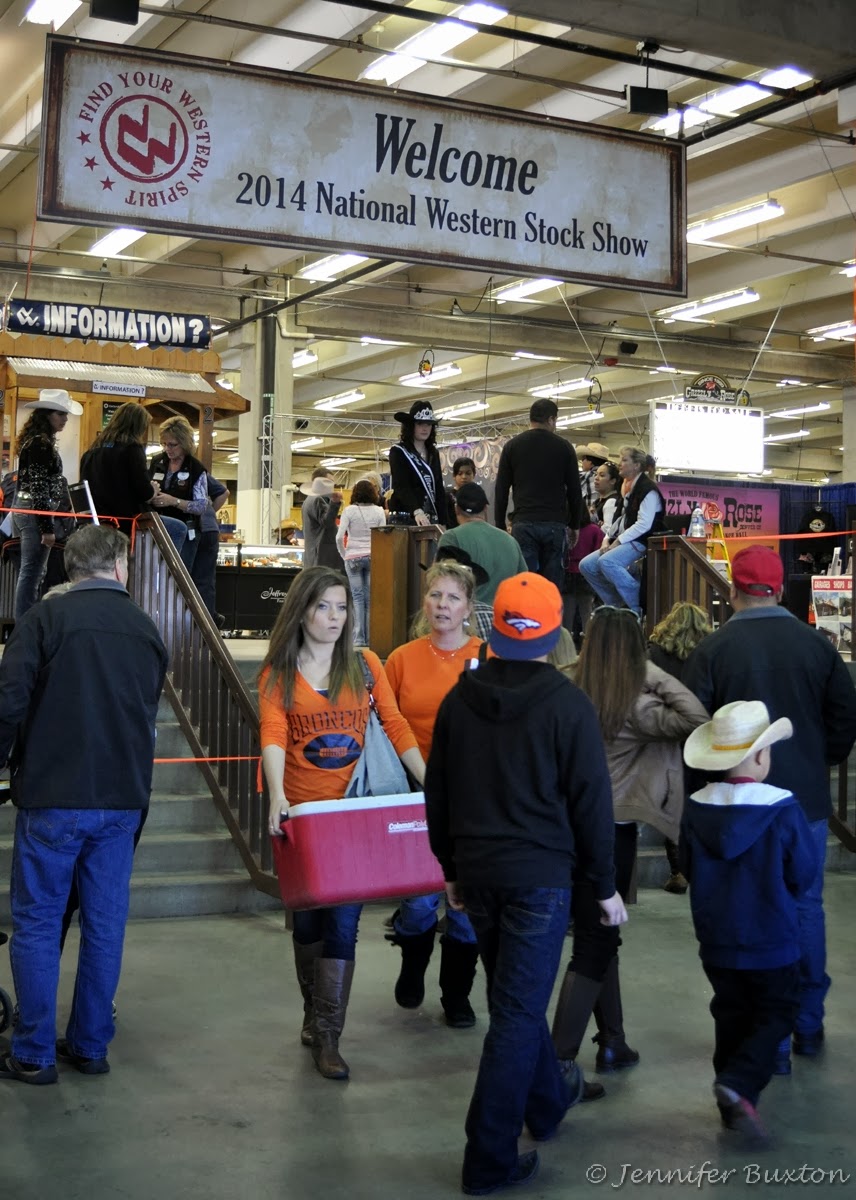 I was joined by Carol and Cara, and the first thing we did was head over to the Event Center to watch the hunter show. 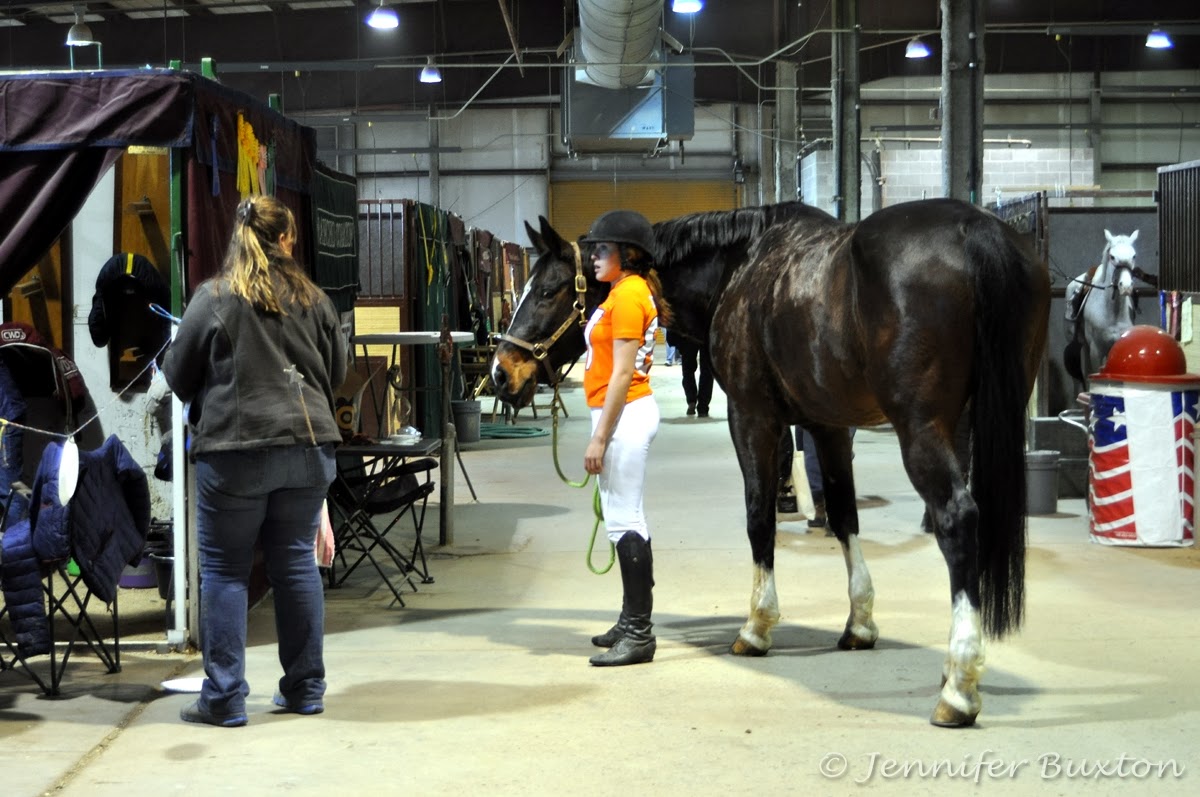 There was orange in the stables. 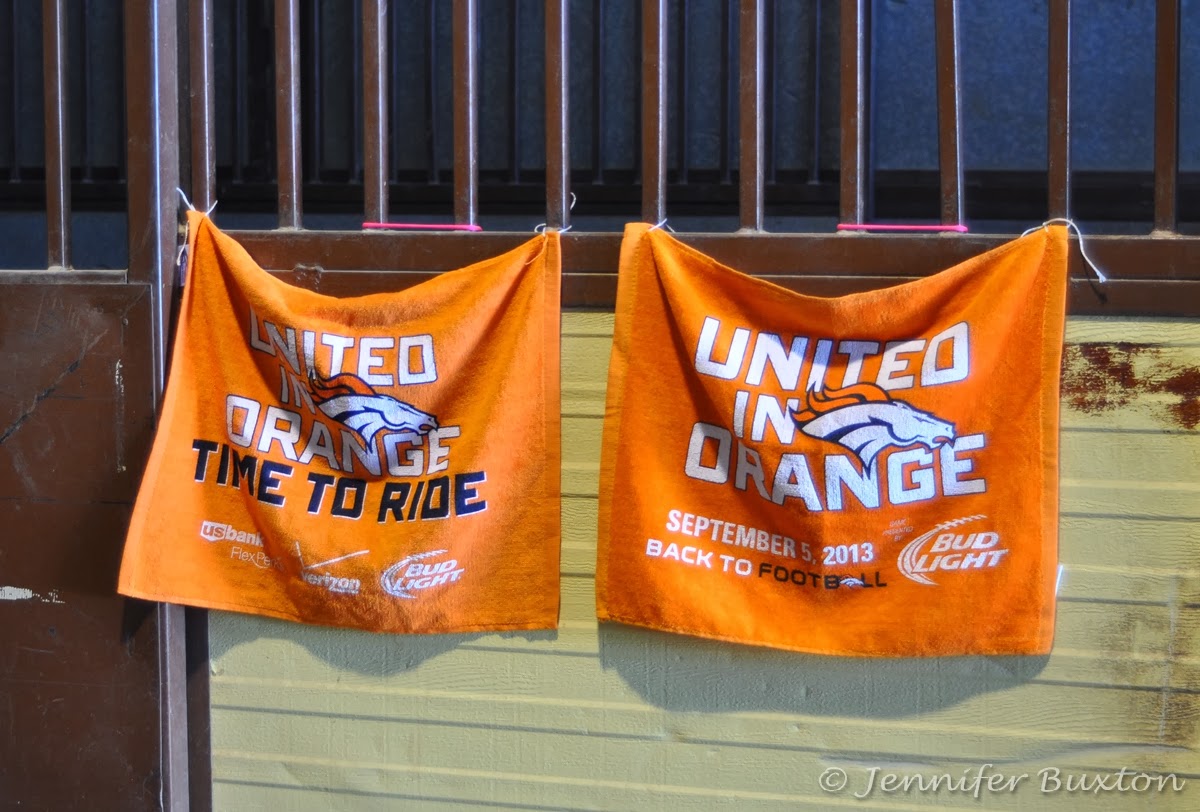 There was orange in the warm up rings. 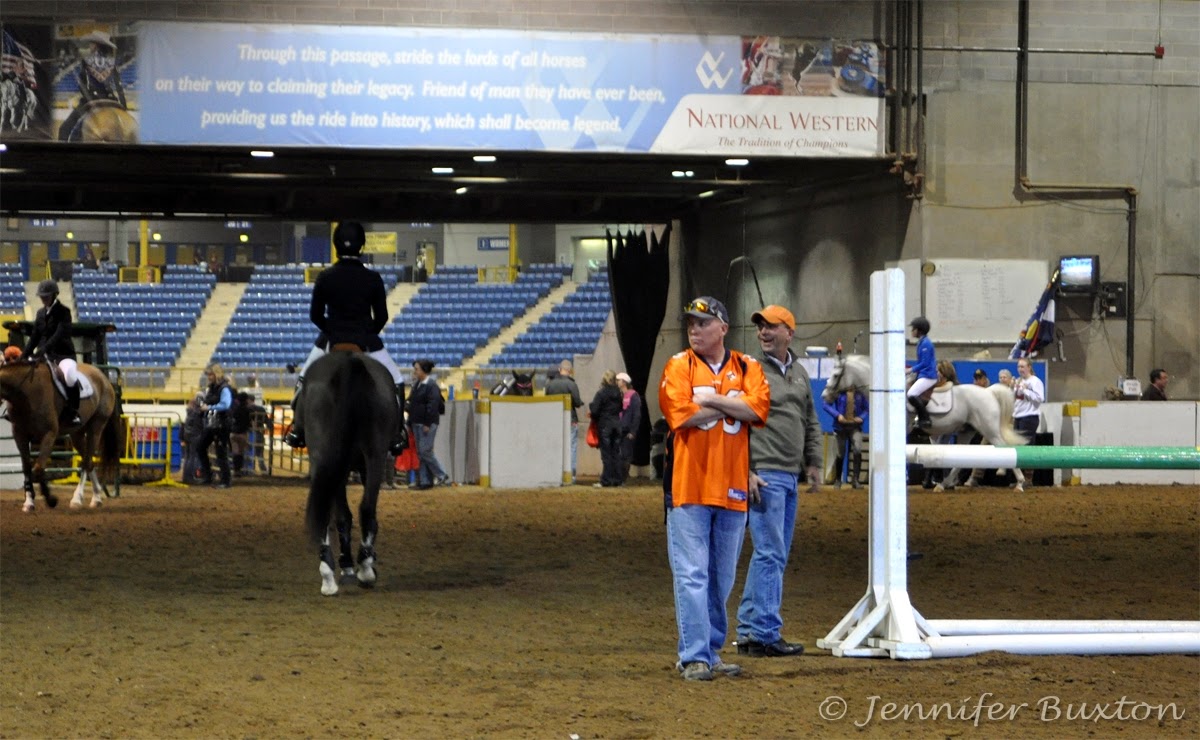 There were even orange jumps! 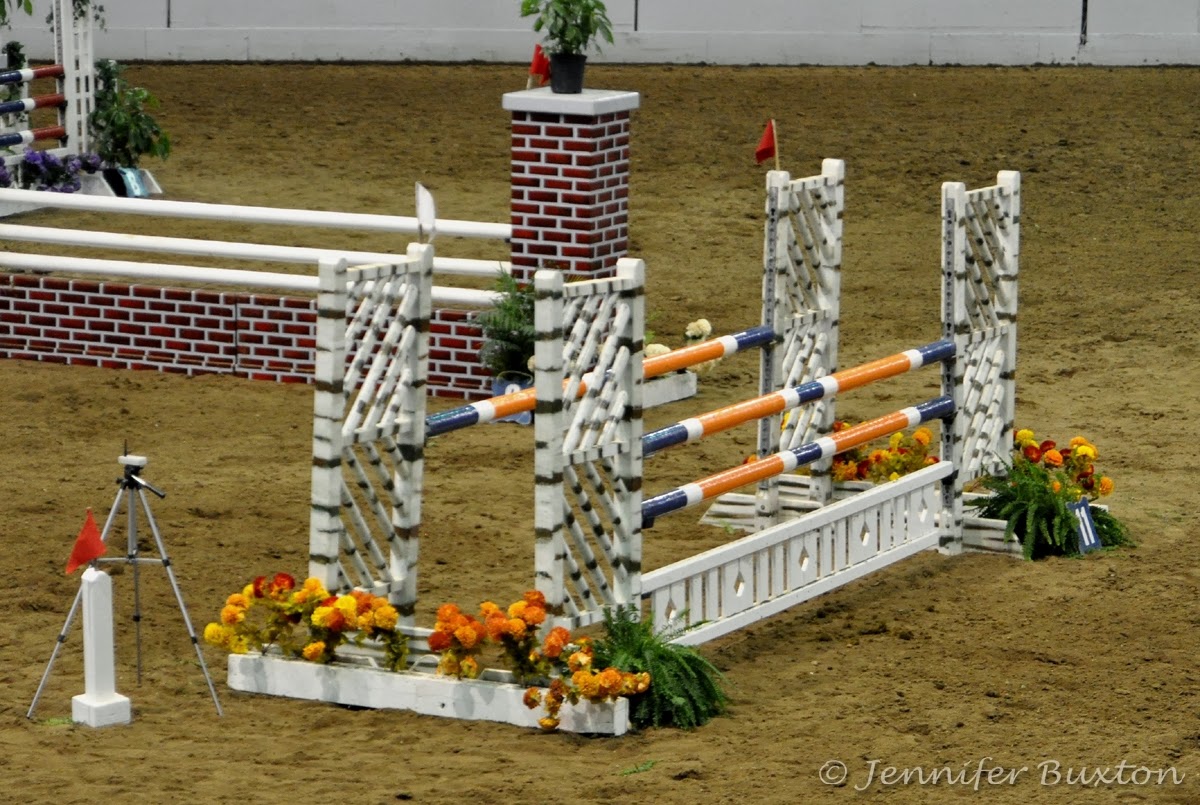 This horse was clipped with a football on one side... 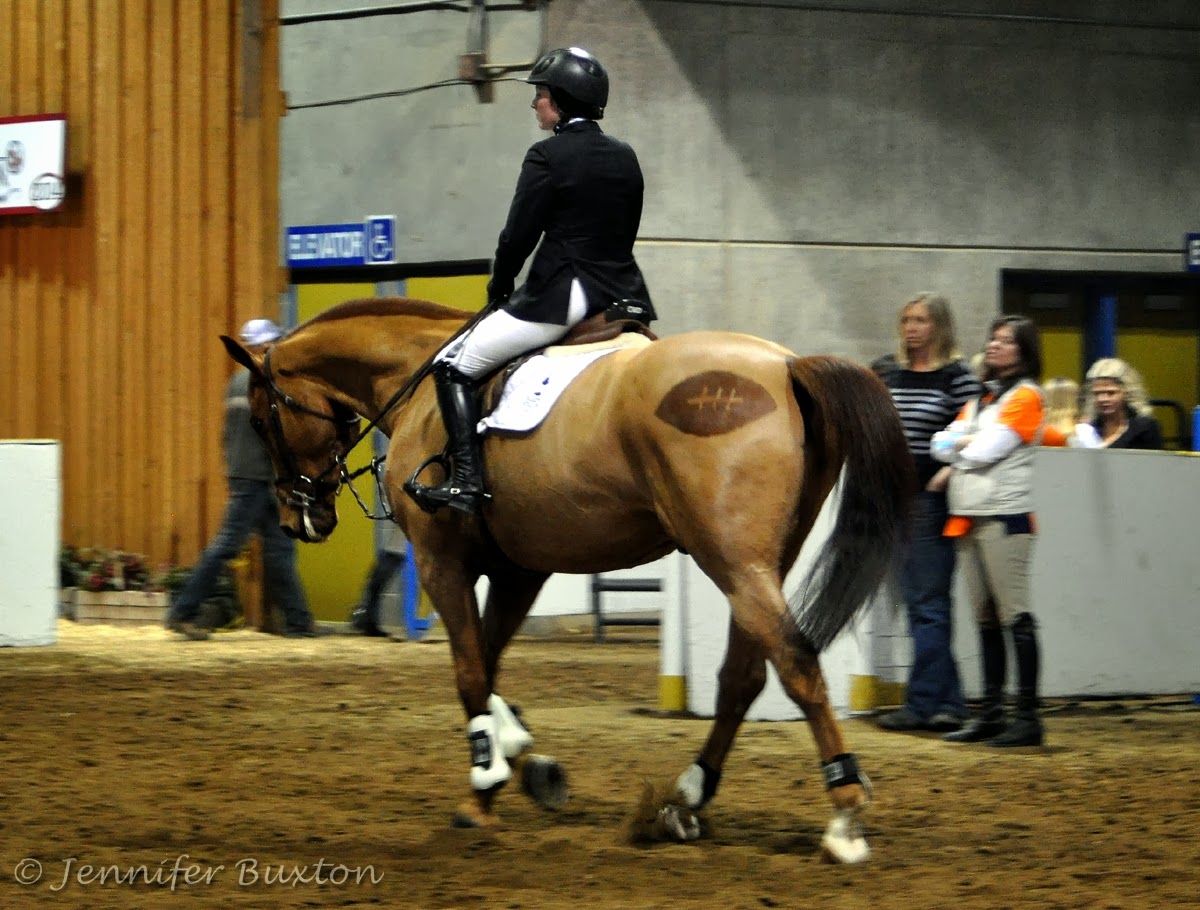 and Peyton Manning's number on the other. 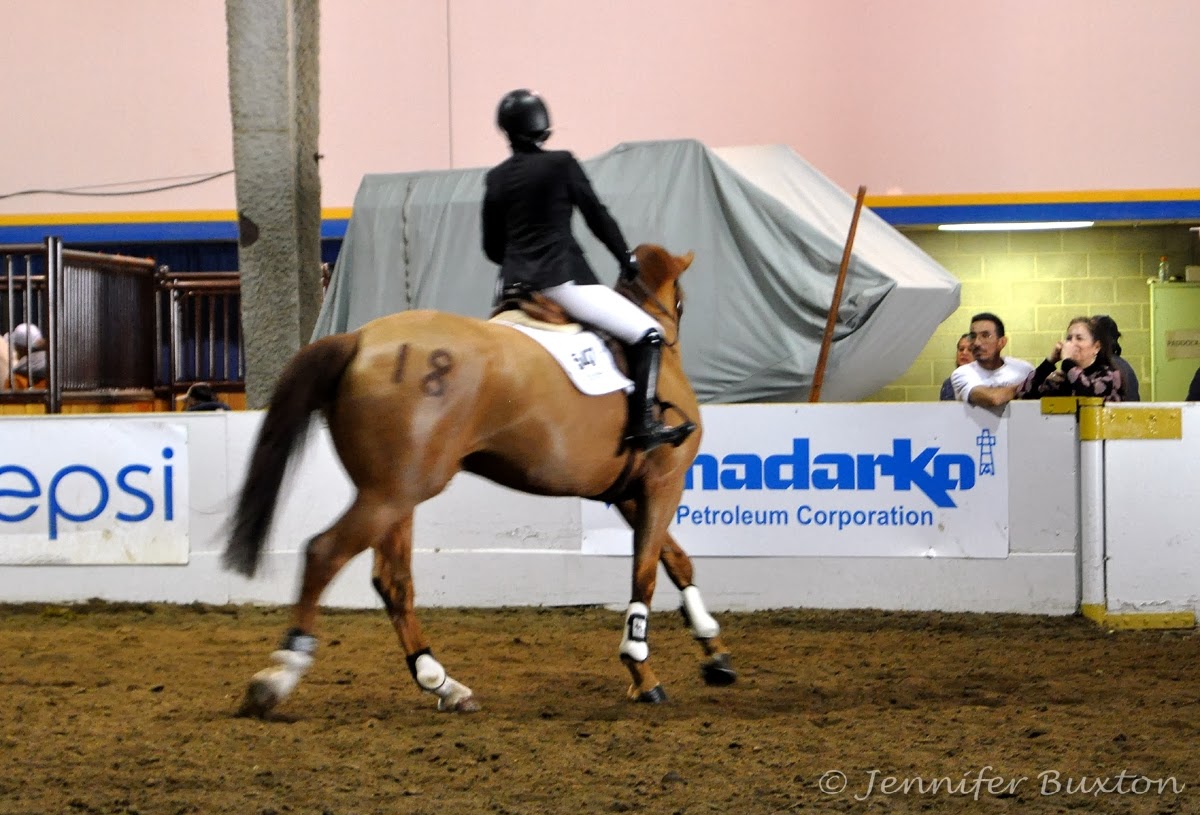 The announcer was obviously a football fan.  Every rider's score was paired with a game update.  "That'll be a clean round for number four hundred and two, Validator, ridden by Suzy Creamcheese, and the Broncos are now leading thirteen to three." 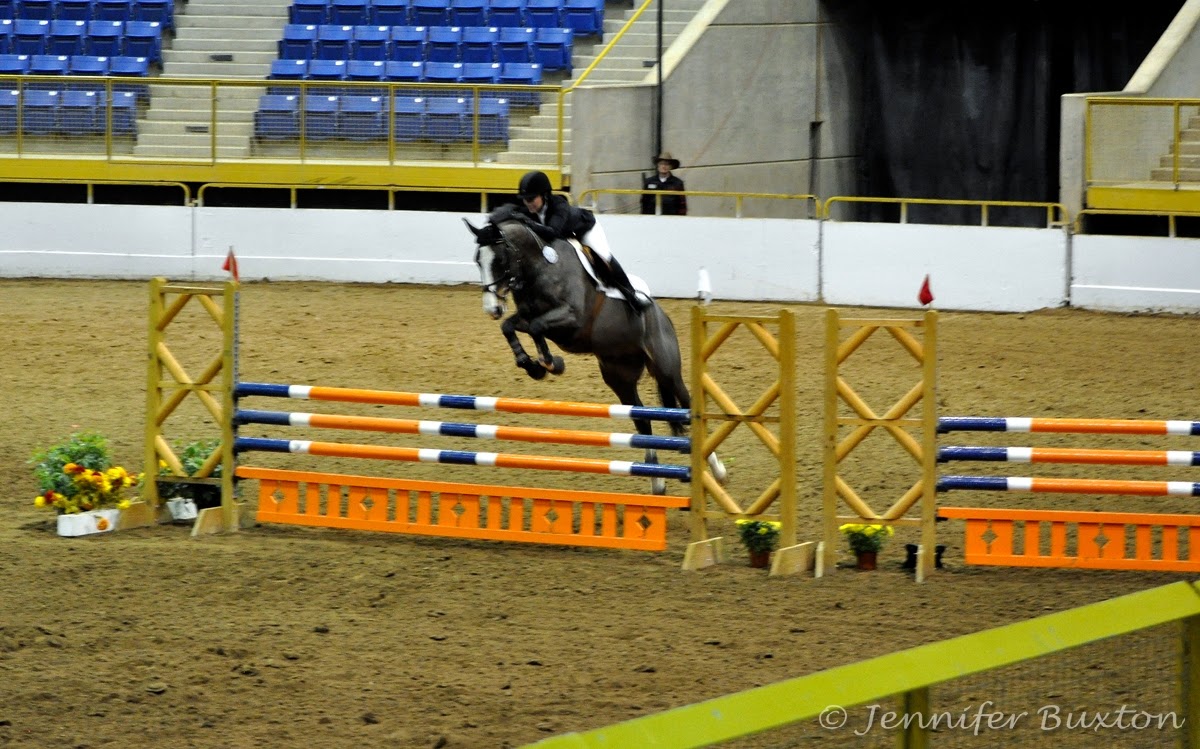 Things were even more orange at the trade show, with all sorts of Broncos goodies for sale. 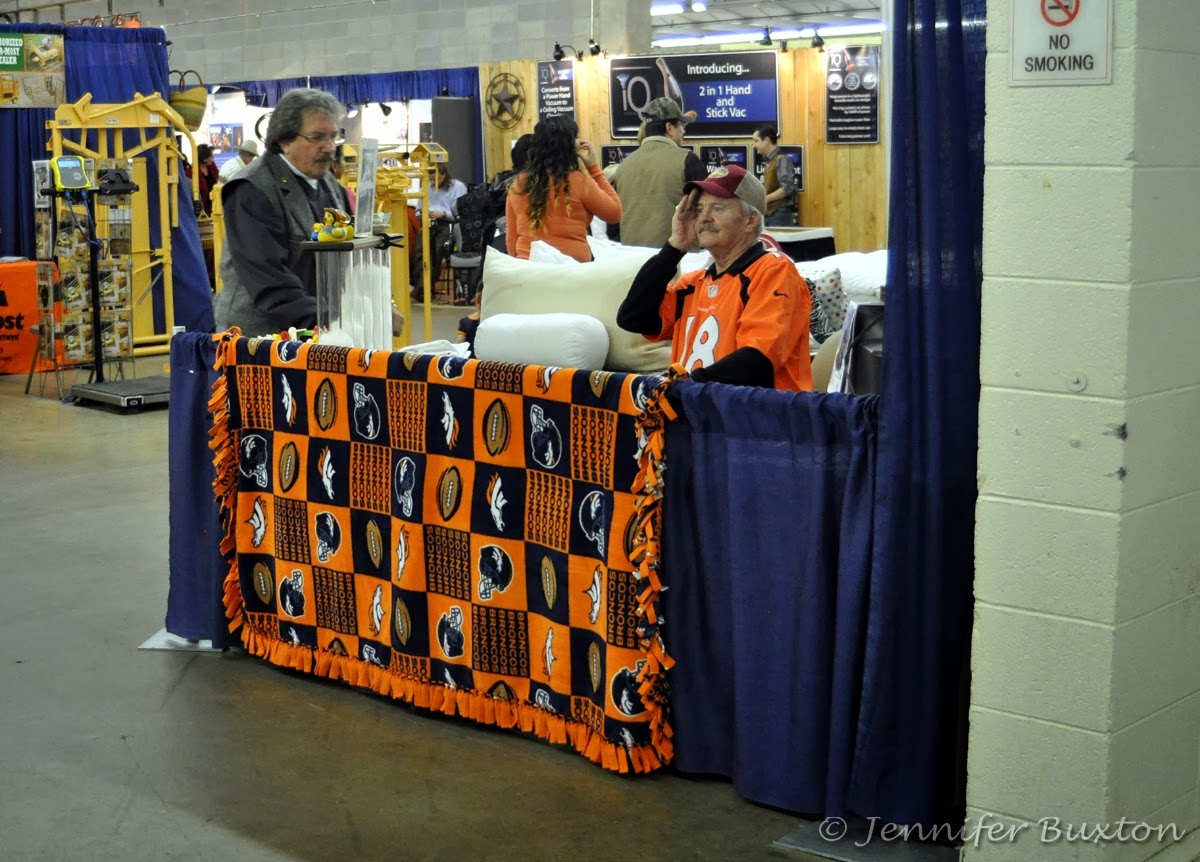 Still, the biggest draw was the game itself... 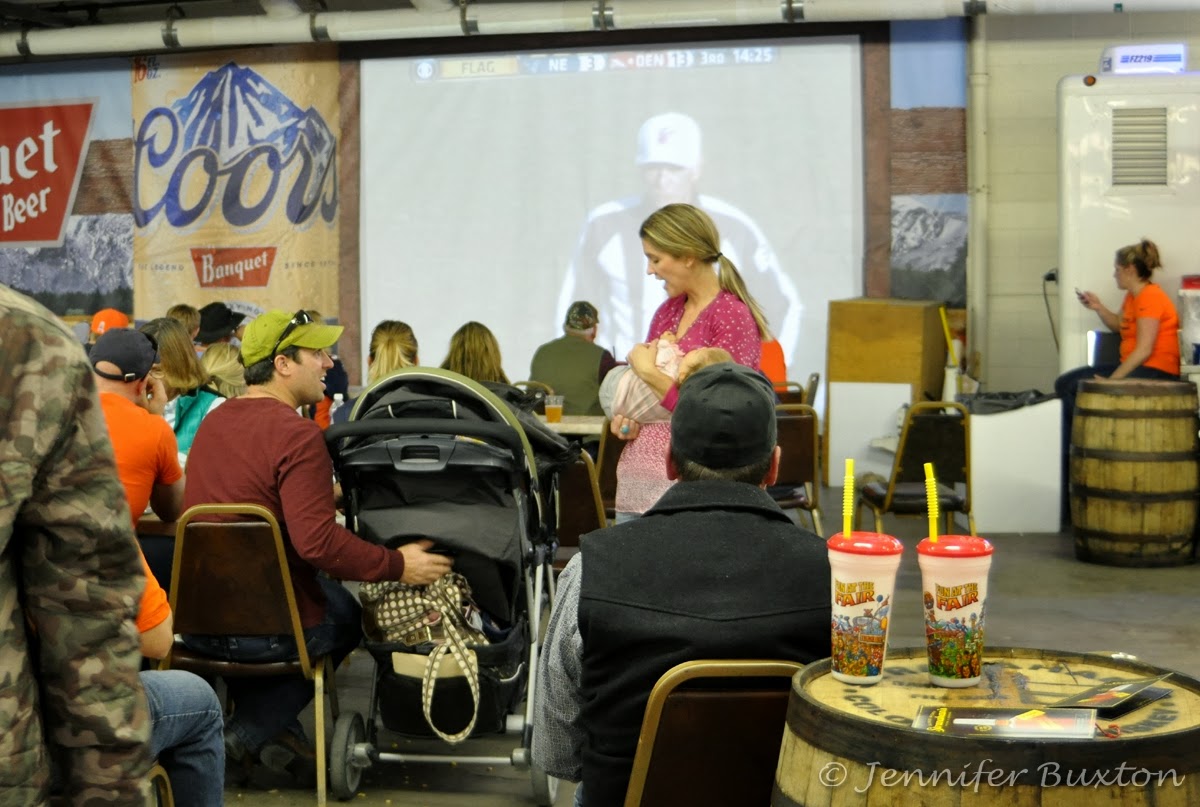 which was playing on a large number of screens. 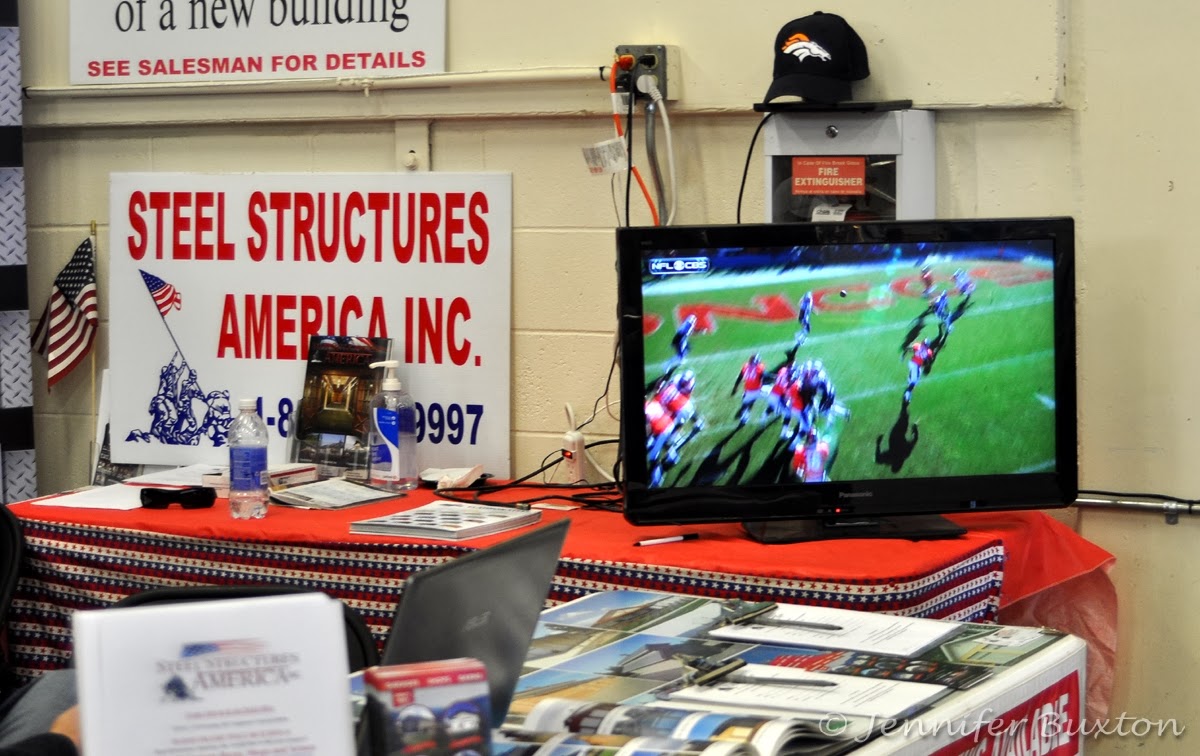 I may not be a football fan, but I'm glad the Broncos are going to the Super Bowl this year.  I like all the orange, and I really like seeing horse pictures everywhere. 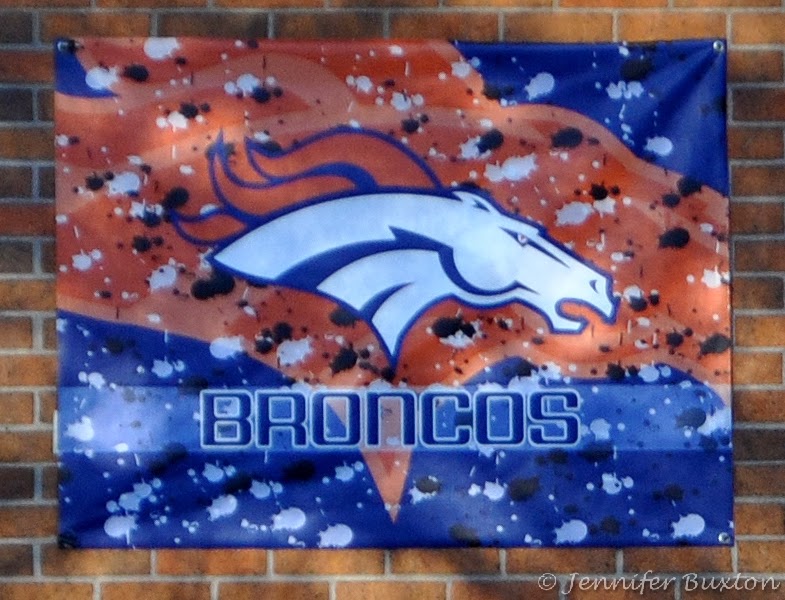