For the last fifteen plus years, I've been riding in an old pair of zip up Grand Prix paddock boots.  I love these boots, but they are literally falling apart. 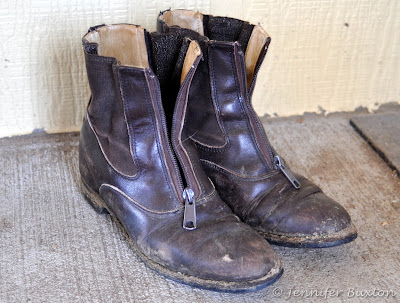 I asked Santa Seth to give me a new pair for Christmas, and he did--hurray! 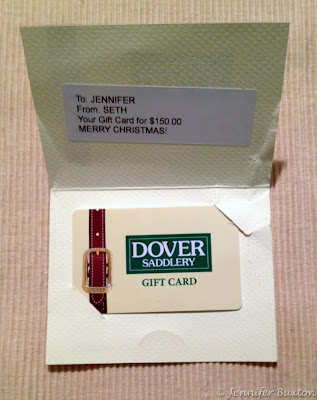 The new boots arrived yesterday and went on their inaugural ride this morning.  Here's hoping they serve me as well as their predecessors! 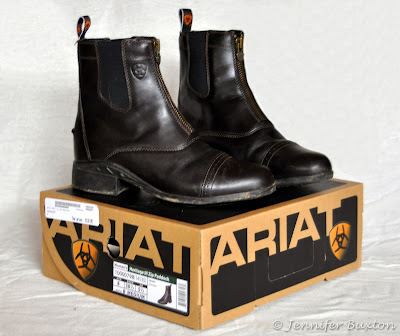 About a year ago, I traded a saddle set for two custom dolls by Anne Field.  I specifically asked Anne to leave the boots off, because I like to make them myself.  She agreed, and the dolls arrived with bare feet.  The sidesaddle doll got her boots back in August, but until today, the poor junior rider was barefoot.

No more!  She's now sporting a new pair of zip up paddock boots that look suspiciously like my new Ariats.  Funny how that works! 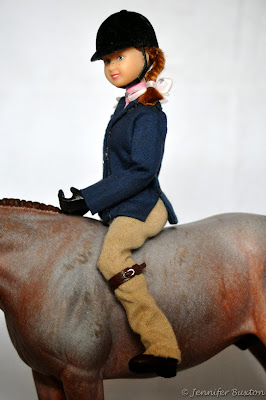 It feels good to have finally crossed this project off my to-do list. 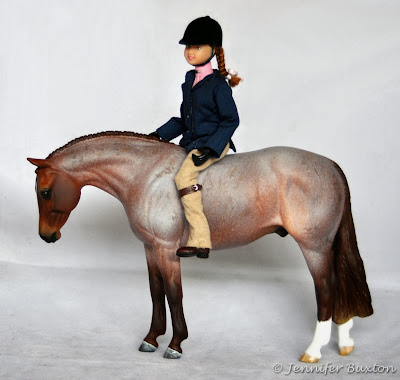 2014 is only three days old, but I've already accomplished more in the studio this year than I did in the entire month of December last year.  Hurray for the Year of the Horse!
Posted by Braymere at 4:39 PM