Last year wasn't a particularly productive year for my studio.  Despite my good intentions, I didn't eliminate my order backlog.  In fact, the slowdown caused by my accident/recovery has put me more behind than ever.  Still, I am optimistic.  2014 is the Year of the Horse, and I am convinced that it will also be a year filled with tack.

Although my studio year won't start for real until the kids go back to school on Monday, I'm already back to work.  The first piece of tack for 2014 is a bridle for Fabian's Breyer Fjord, Cisco. 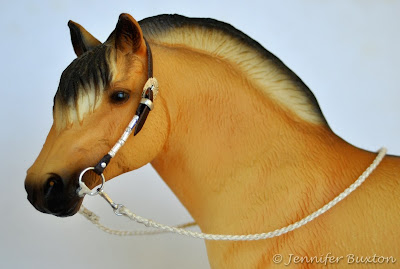 This is a semi-portrait of the real Cisco's bridle.  I used the beads and hardware I had on hand, so it's not perfectly identical.  Still, I think it's close enough, and I hope Fabian will be pleased. 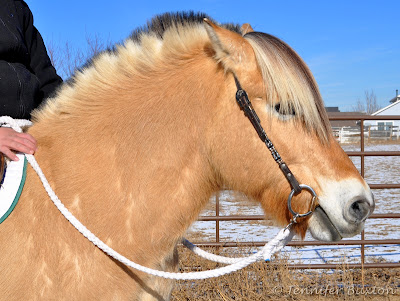 I hope to see more of both Cisco's in the new year. 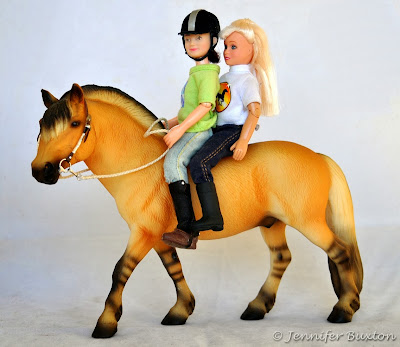 After all, it's the Year of the Horse.  It's going to be awesome!
Posted by Braymere at 9:23 AM