Another one of my hobby goals for 2014 is to get some of my unpainted resins into the hands of finishwork artists.  The first one to go will be my Rev portrait, created from a Maggie Bennett Cooper body and a Peter Stone Arabian head. 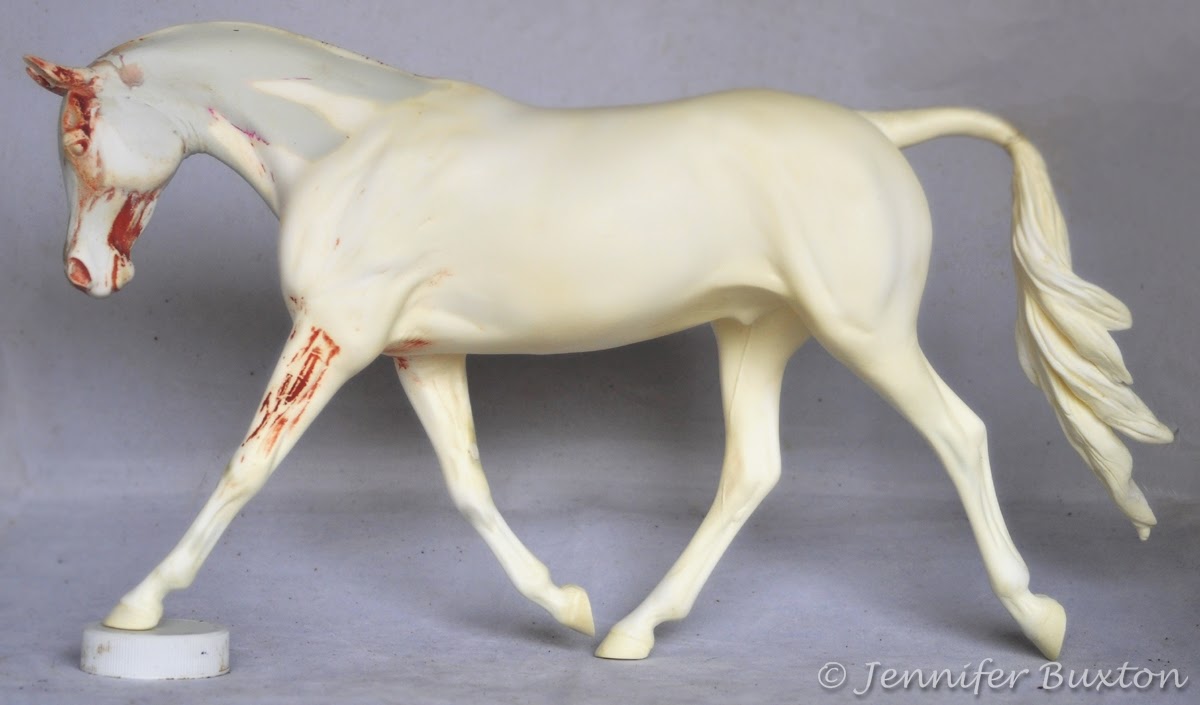 I started this guy last Spring and made a lot of progress in a short amount of time.  The head is securely attached to the body and the resculpted area on the neck is nice and smooth.  However, normal prepping aside, there are three big areas that need to be addressed before I send him off to Tennessee.  These are his ears, his tail and his mane. 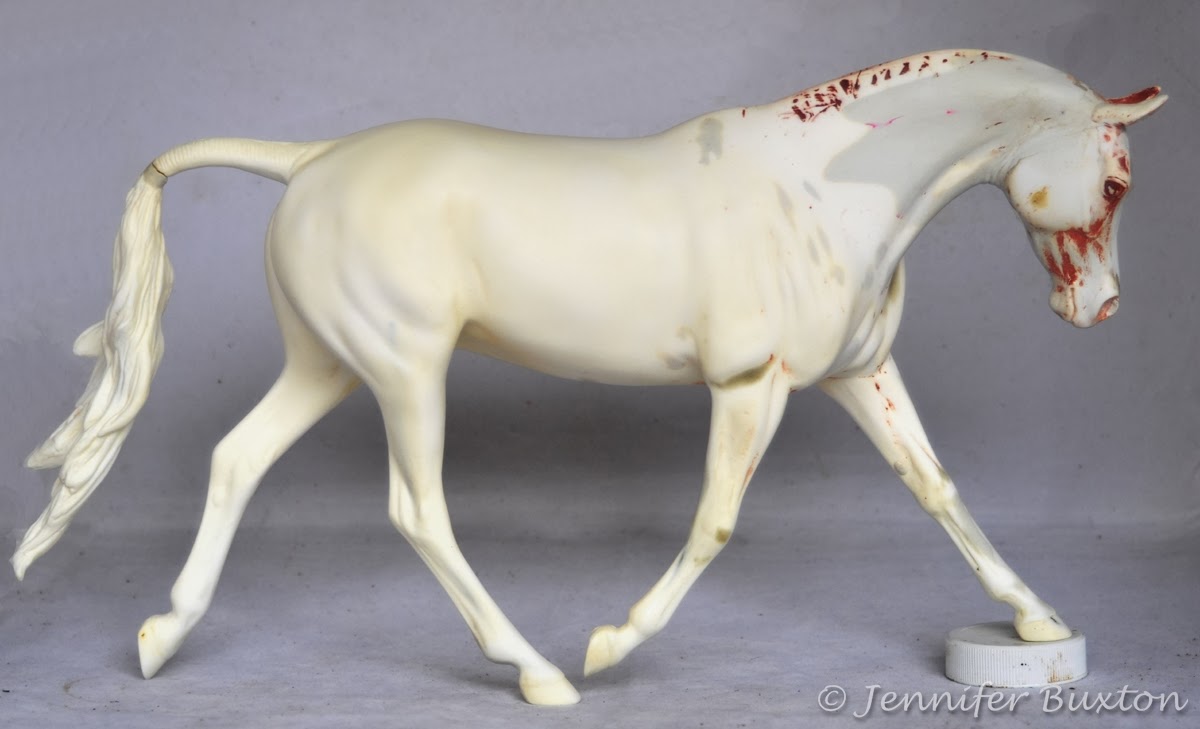 The ears look okay from the side, but are weirdly narrow and pointy when viewed head on.  I tried to shape them with epoxy, but that didn't go very well. 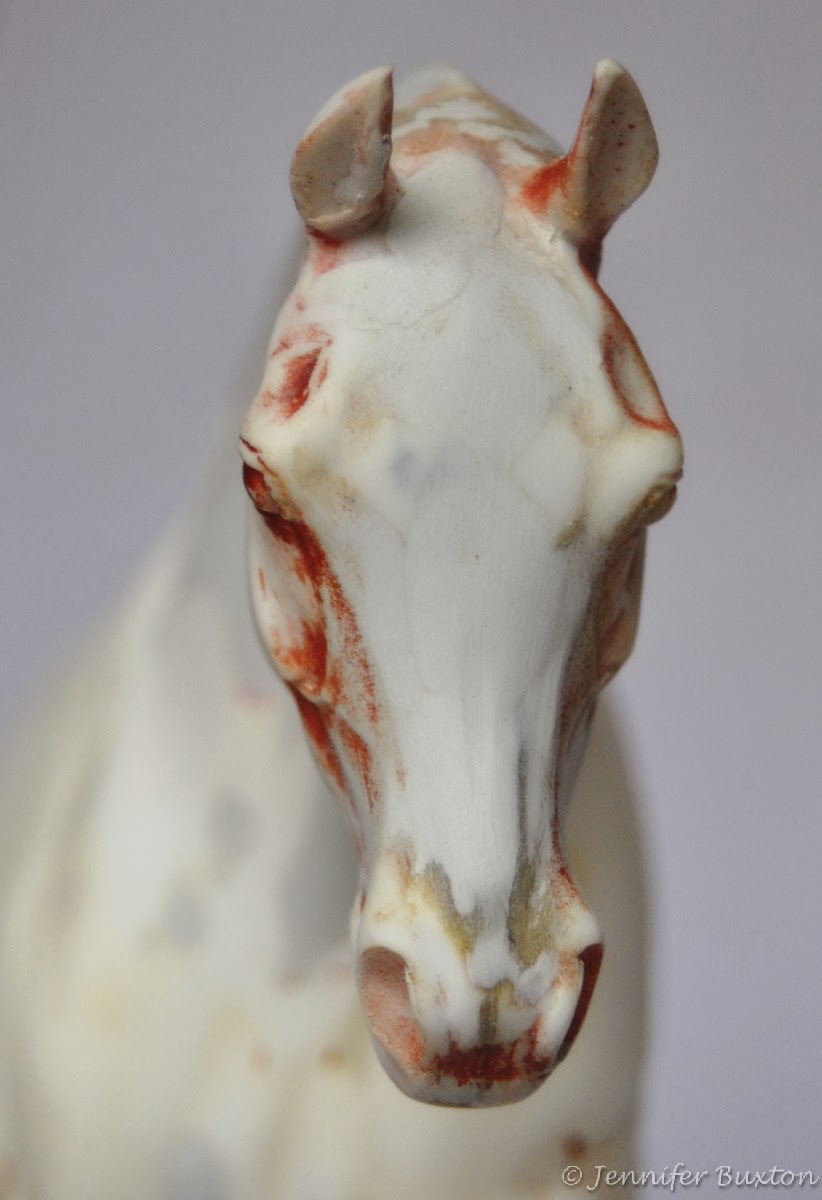 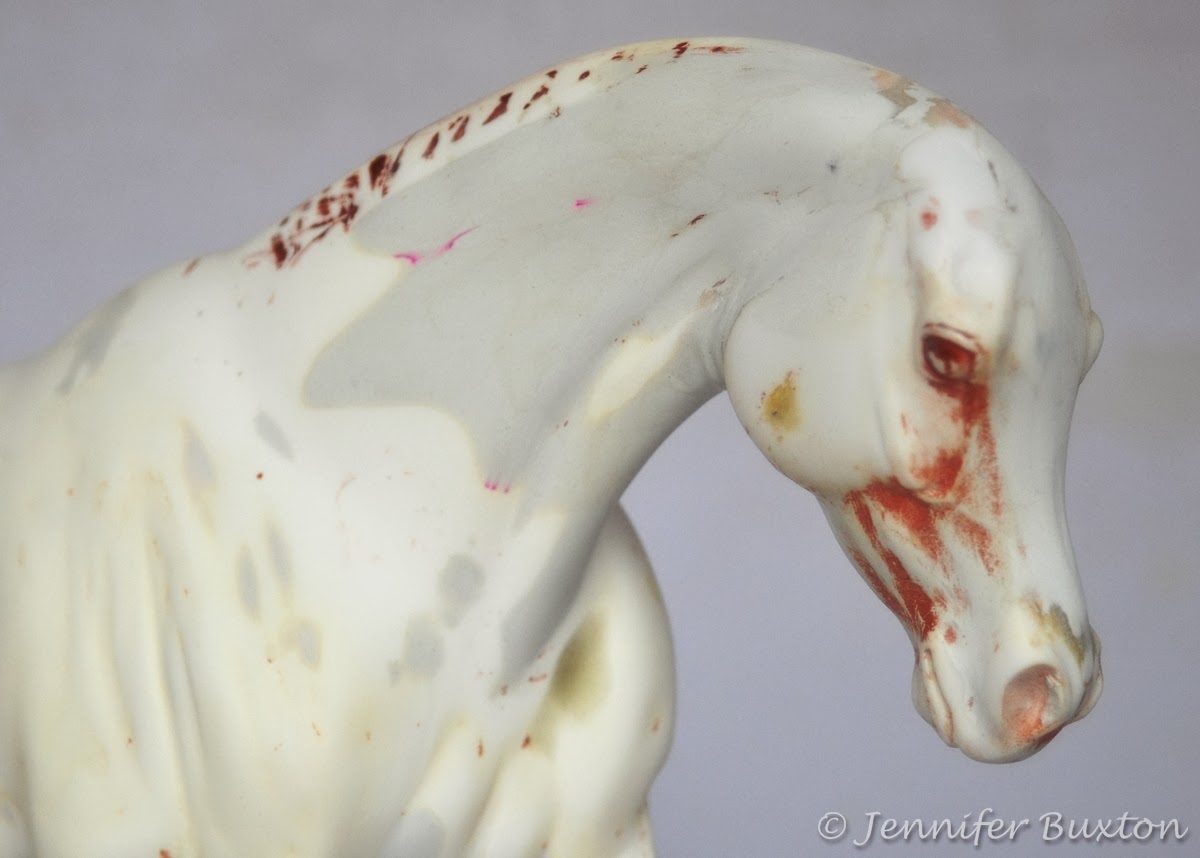 I then used Laura Skillern's method to make some new ears out of epoxy. 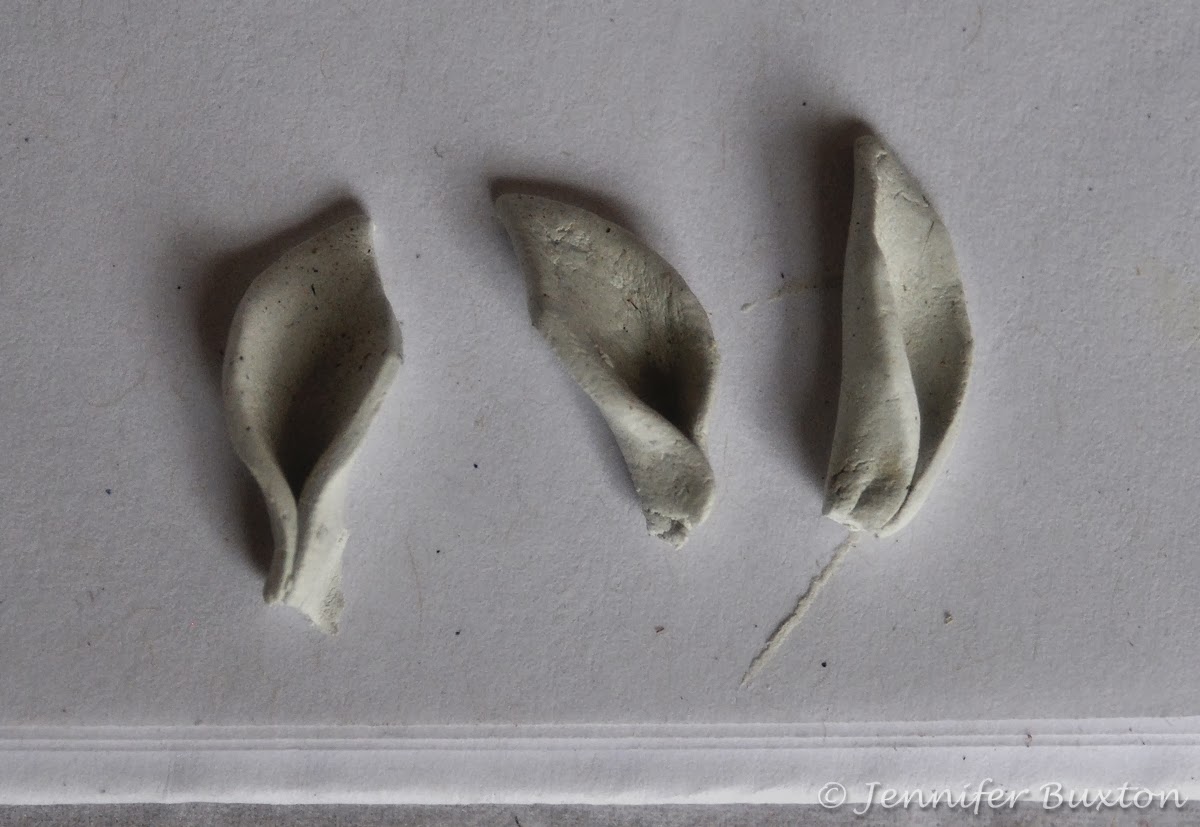 While those were drying, I moved on to the broken tail.  I carefully chipped out the crack, 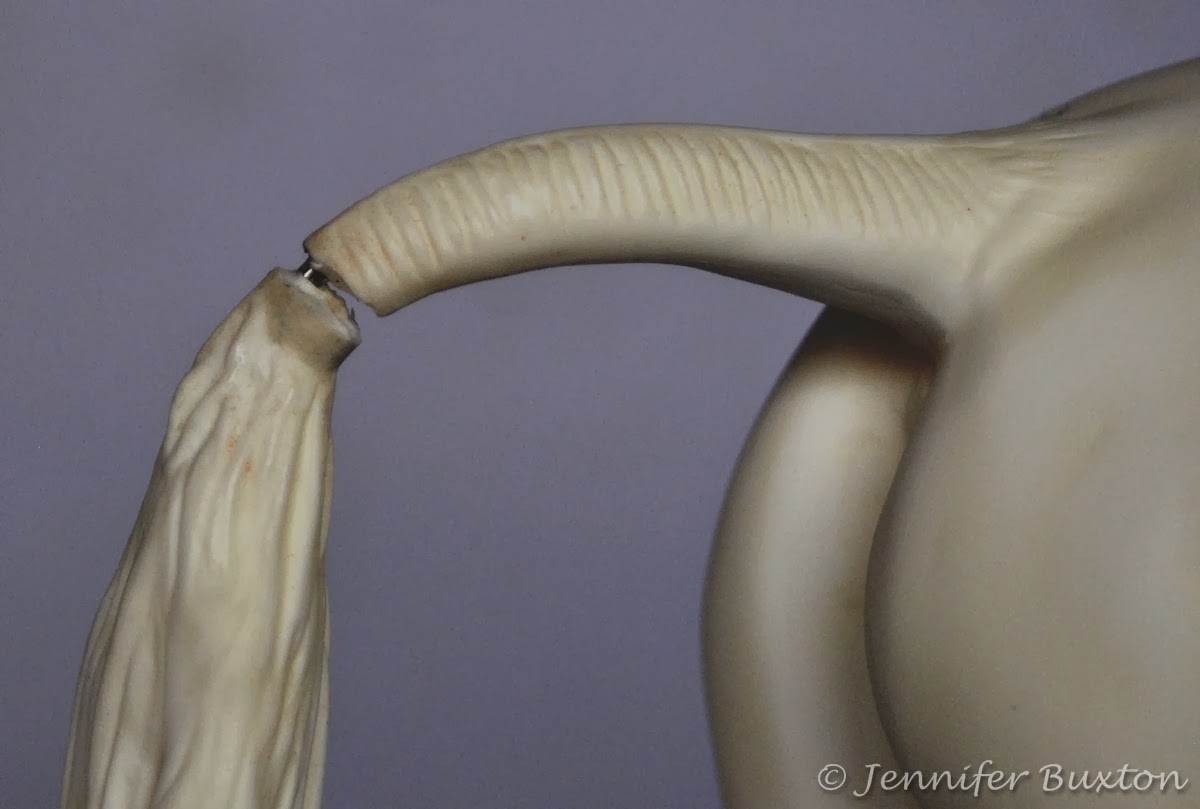 filled the gap with baking soda and super glue, 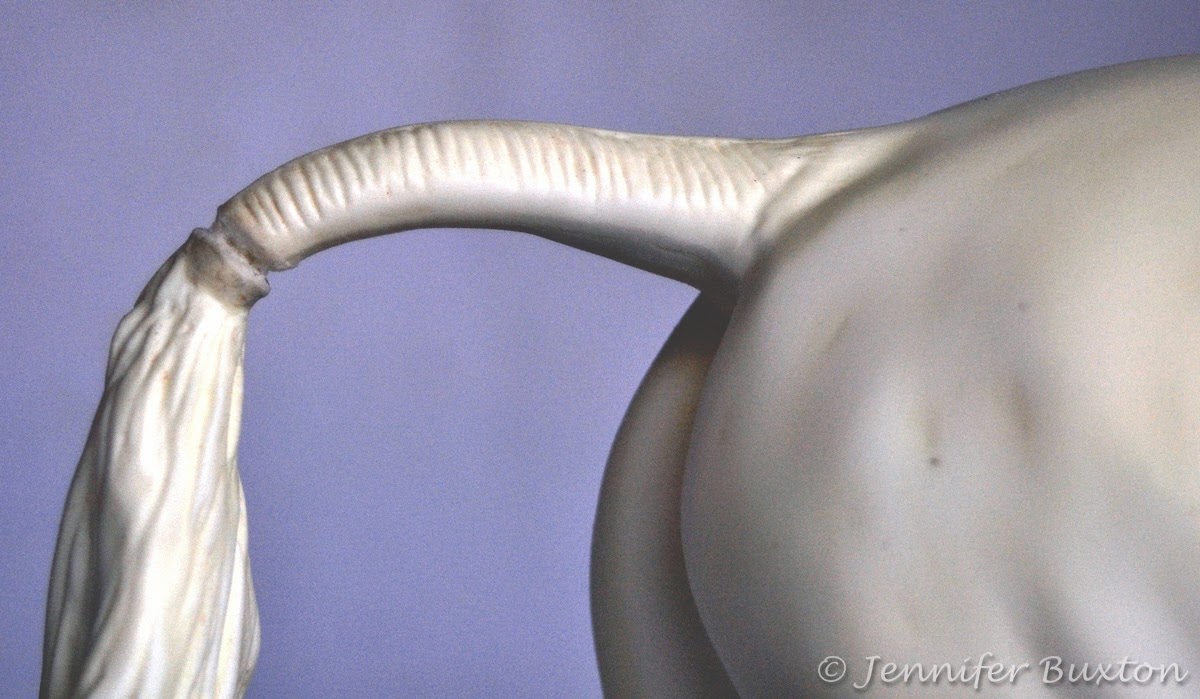 and covered it up with a layer of epoxy. 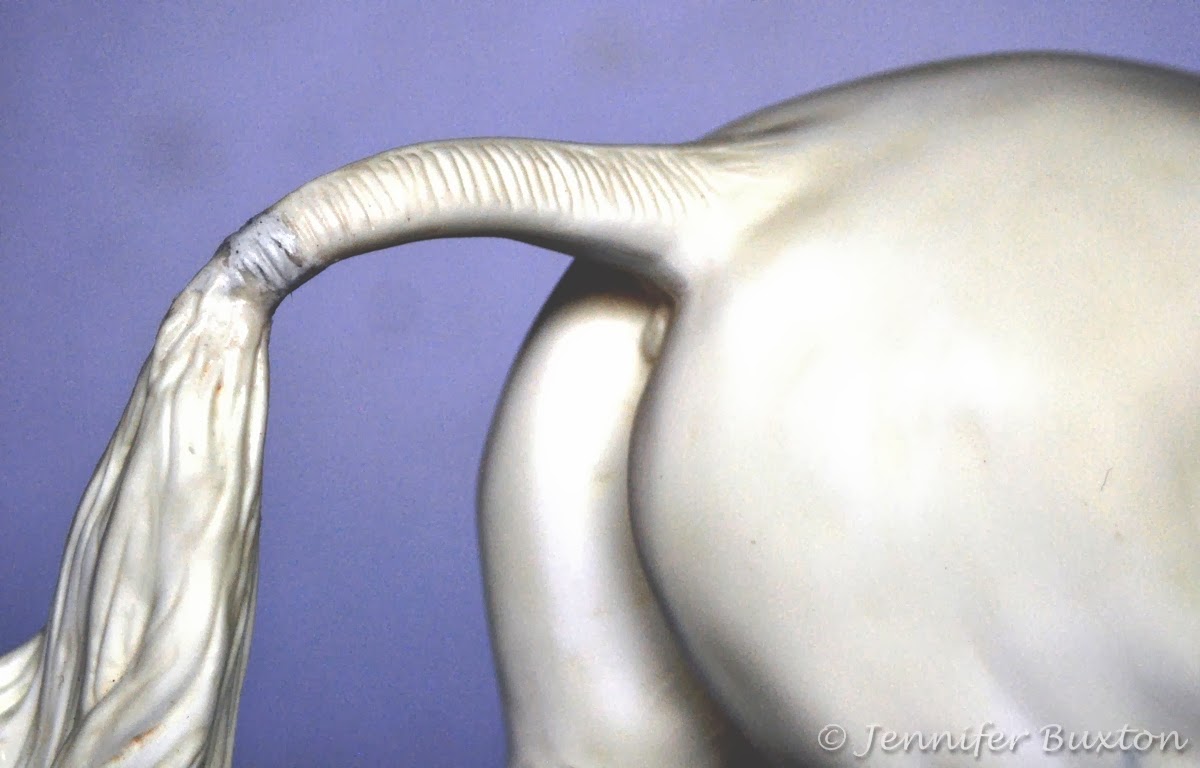 Then--because I was feeling fancy--I decided to add a pinwheel! 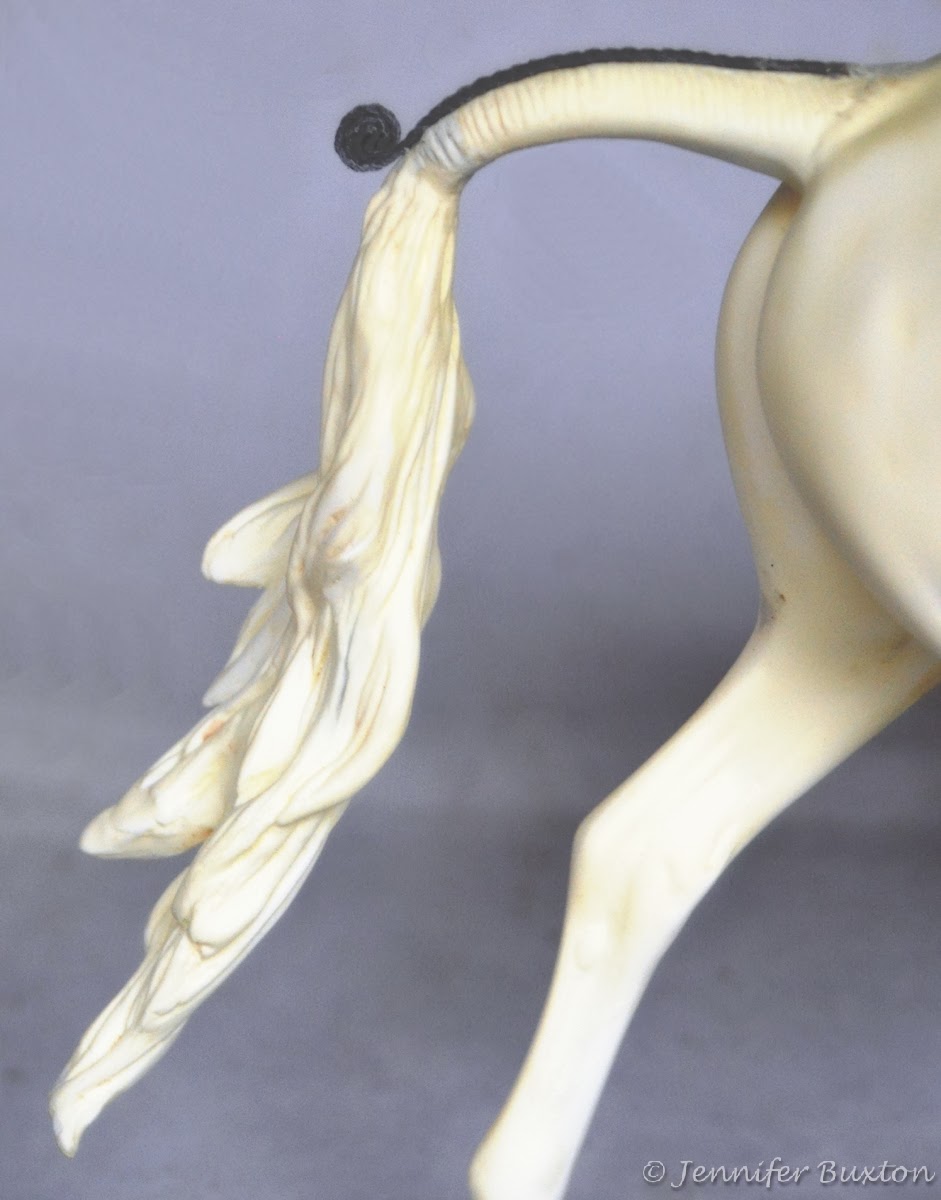 The new mane is loosely based on another Laura Skillern tutorial.  I created it with a combination of embroidery floss and epoxy. 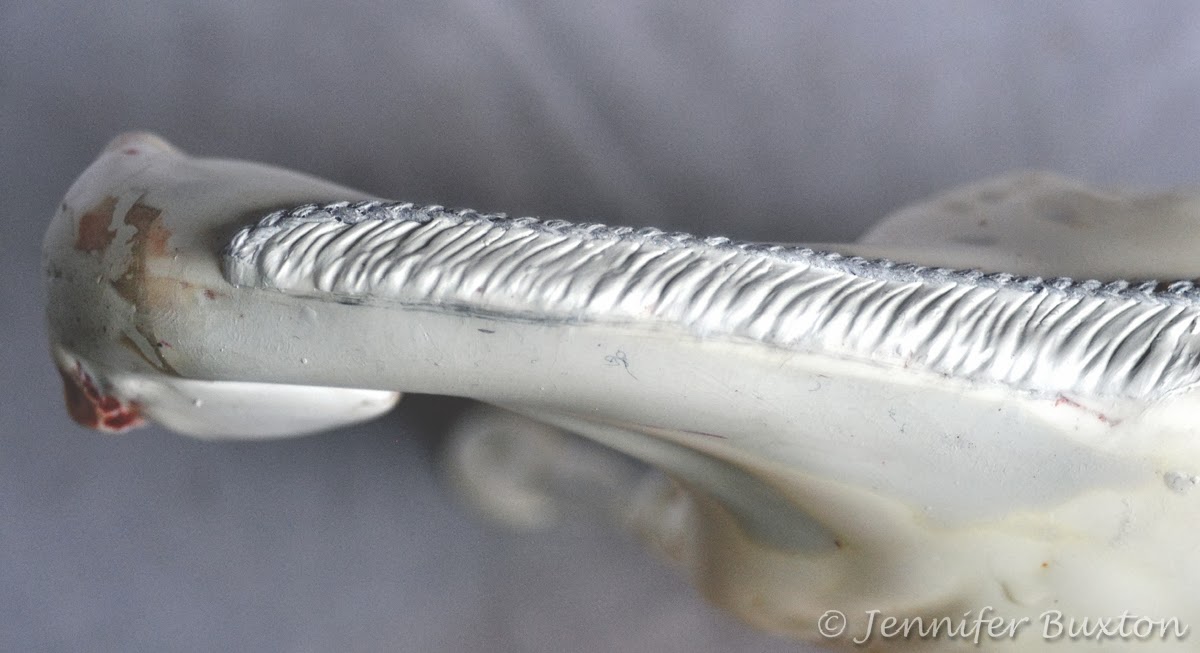 After everything had cured, I played around with the ears.  The real Rev is a cheerful guy, and his ears are usually pointed forward. 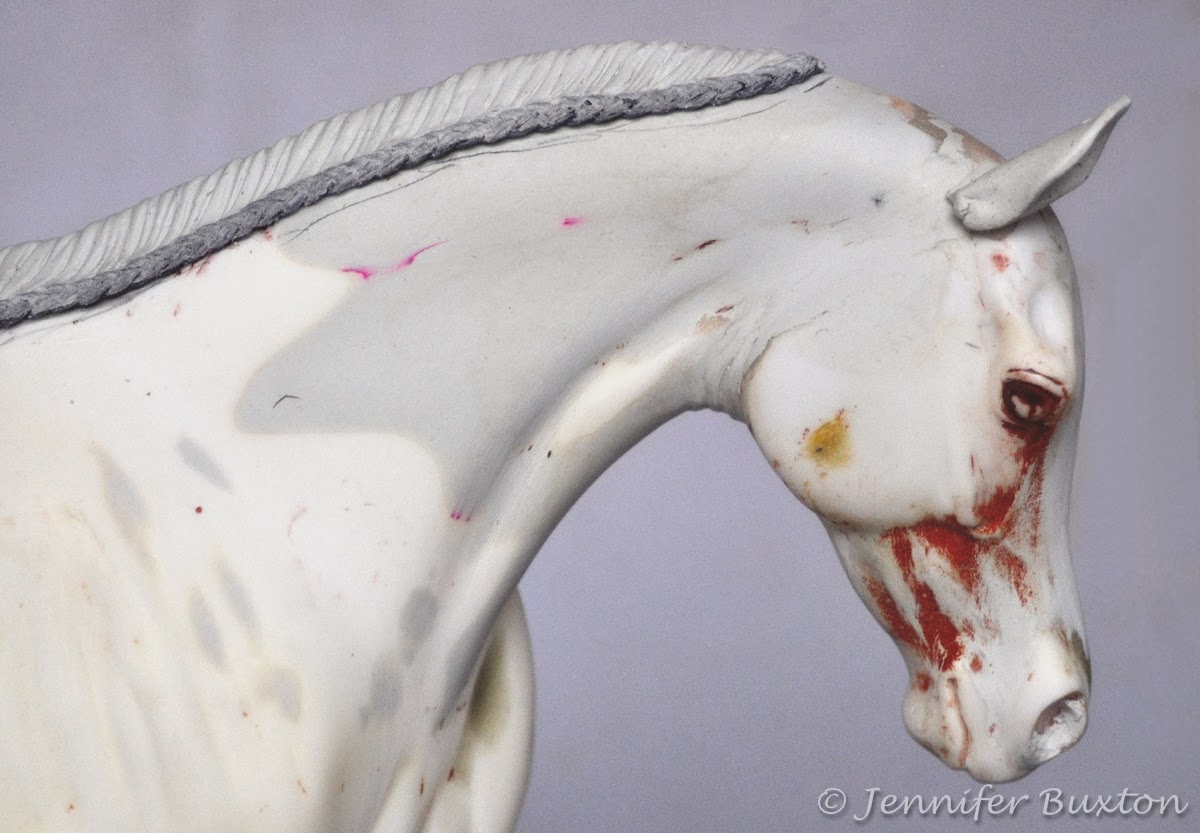 Despite that, I think I'm going to point them backwards. 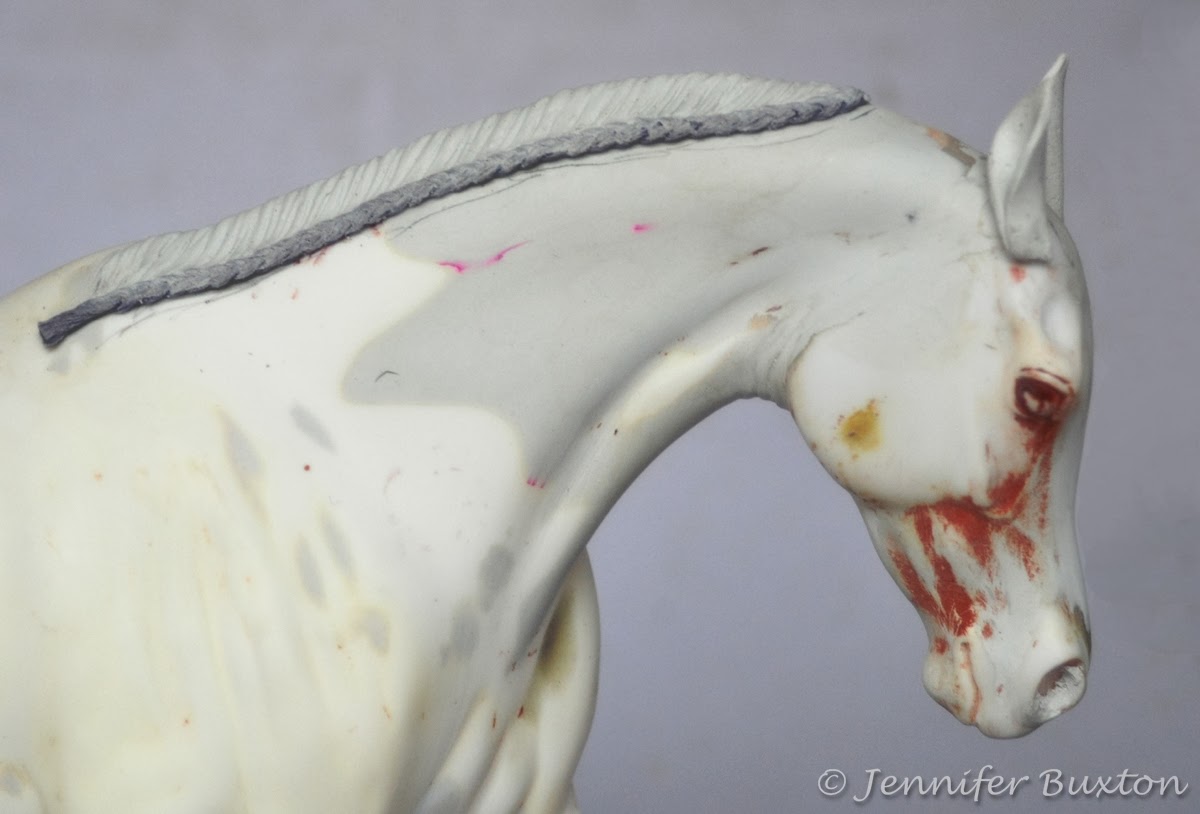 For some reason, this look is really working for me! 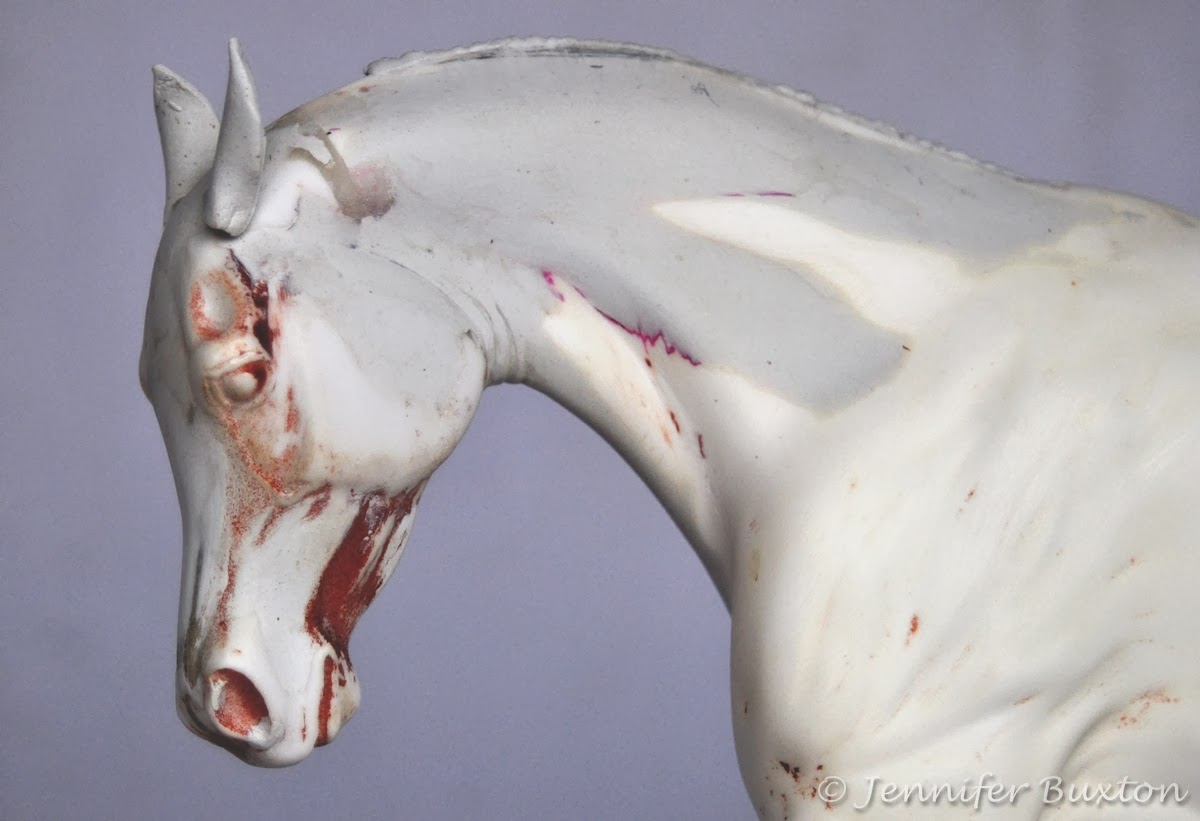 It's been a fun day working with epoxy instead of leather.  I'm going to give myself the rest of the weekend to finish this guy, and then it's back to tack!
Posted by Braymere at 5:03 PM