Carriages at the Christmas Carriage Parade

It should come as no surprise that an event known as the Christmas Carriage Parade would include a large number of horse drawn vehicles.  Here are few (!) entries that caught my eye. 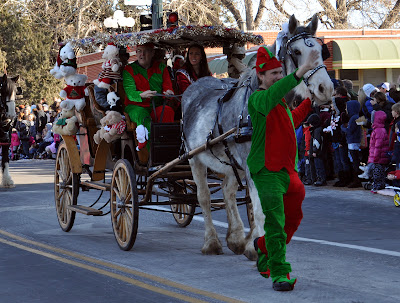 First up is James' friend from the staging area, Silver.  Like many of the horses, he was accompanied by a walker as he made his way down Main Street. 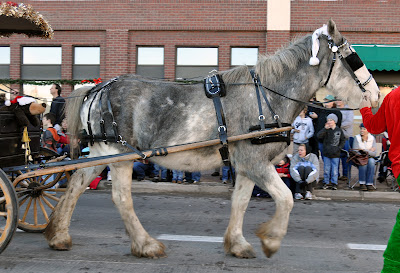 Most of the horses and carriages were adorned with Christmas decorations... 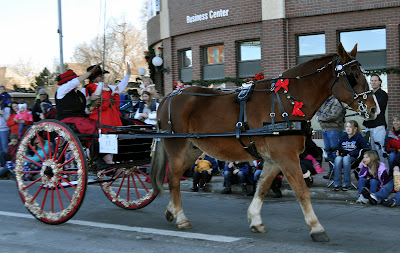 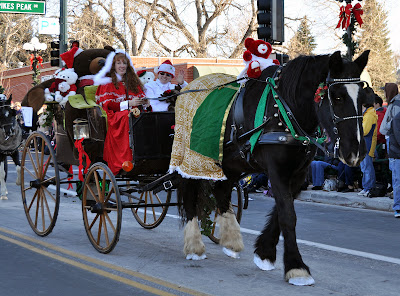 The theme of this year's parade was "A Beary Special Christmas" so the teddy bears were everywhere. 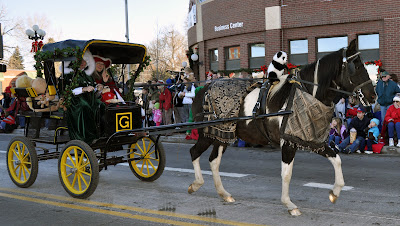 A lot of the humans dressed up as teddy bears, too! 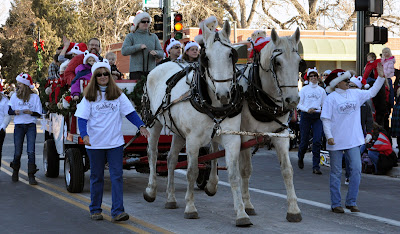 Although this parade was notable for the large number of mini horses in attendance, there were also some nice big drafty guys. 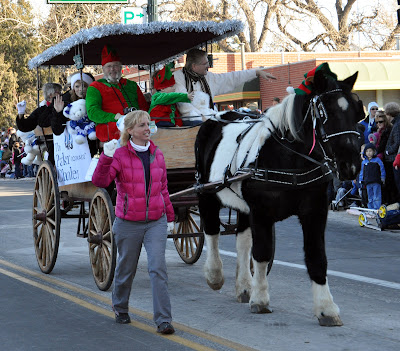 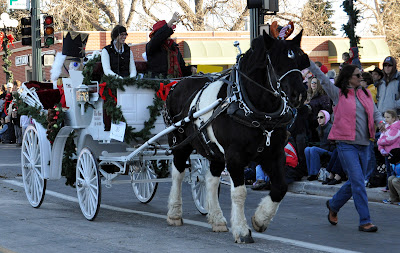 The Wells Fargo stage coach made an appearance. 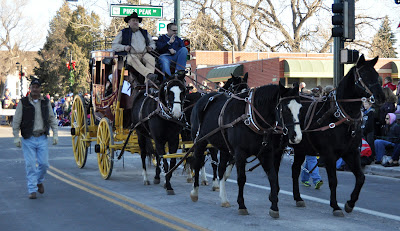 One of my favorite horses was this Appaloosa pony. 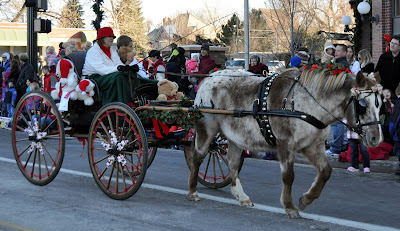 I have a soft spot for chestnut varnish roan Appaloosa ponies because they remind me of Snickers. 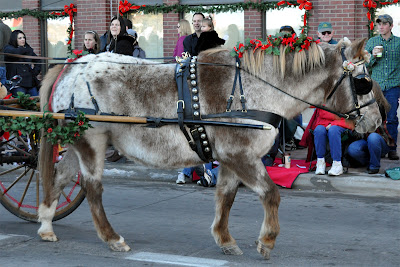 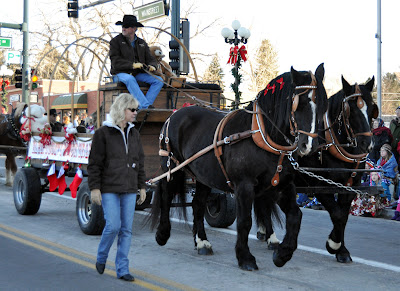 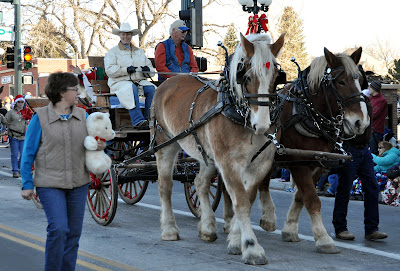 Here's a better look at one of the horses from yesterday's post. 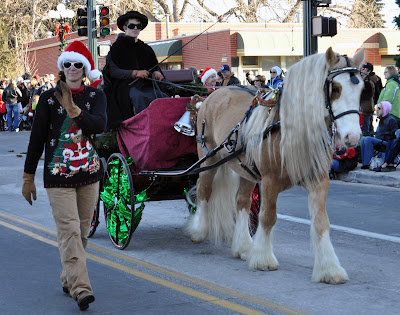 Beautiful color but so much hair! 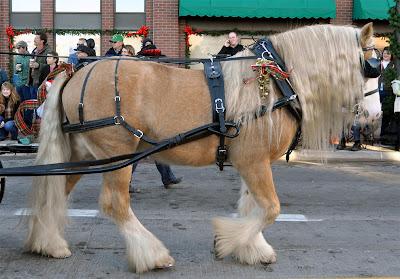 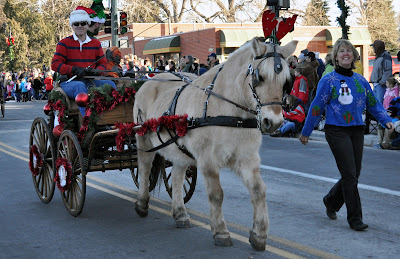 The next entry was the winner of the Best "Beary Special  Christmas" Carriage award. 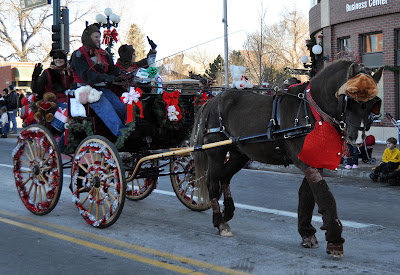 The horse was dressed as a bear!  Can you see the claws on his hooves? 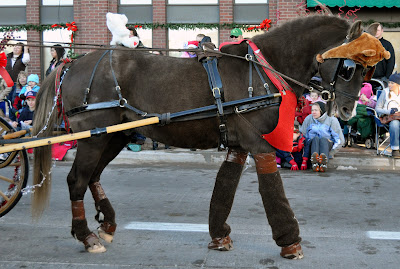 The very last carriage was actually a sleigh on wheels which carried Santa Claus himself.  Ho ho ho! 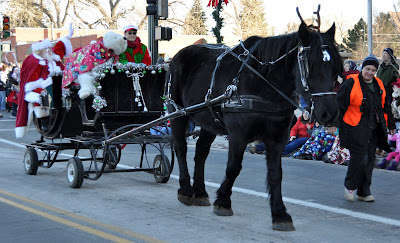 Minis are next!
Posted by Braymere at 3:46 PM