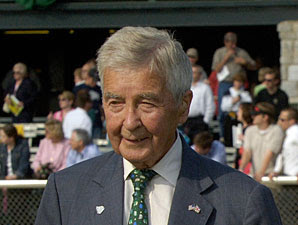 The Champion steeplechase jockey turned best selling author lived a life full of riding and writing. He rode in over two thousand races and wrote forty two novels. Most of his books were set in the world of British racing, but even those that weren't always had some sort of horsey connection.


I read my first Dick Francis book in 1983. I was fourteen and that book, Banker, changed my life. 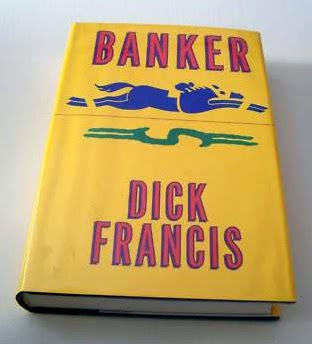 A horse crazy, book loving kid like me was bound to discover Dick Francis sooner or later, but what made Banker such a revelation was where I found it. It didn't come from the library like most of my books. Instead, I first spotted in among a pile of my father's books.


Prior to that time, it would not have ocurred to me to share books with my dad. I mostly read young adult horse novels and he read... Well, honestly at fourteen I had no idea what kind of books my dad read. I just sort of assumed his books would hold no interest for me.


Dick Francis changed all that. I immediately started raiding his bookshelf on a regular basis. I began with his other Dick Francis books (don't you love the groovy 1970's covers on this pair?) but eventually branched out to other authors as well. I was amazed to learn that my father and I shared very similar tastes when it came to books. 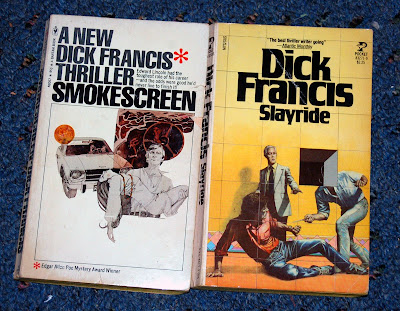 Still, Dick Francis remained a shared favorite. Year after year he provided us with new books to pass back and forth and discuss. 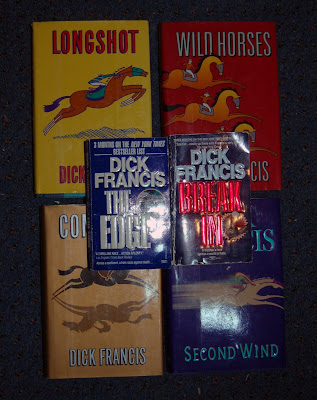 We still do that, although there isn't much actual book exchange these days. Instead we recommend authors to one another over the phone. Nearly thirty years post Banker, our tastes remain similar. I know that if Dad likes an author, I will too and vice versa. 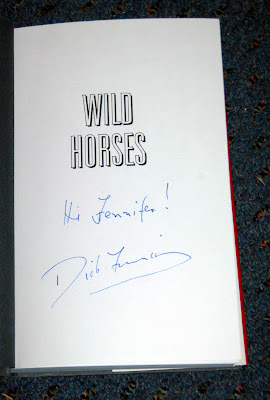 It doesn't matter how many times reviewers compare various up and coming authors to Dick Francis... 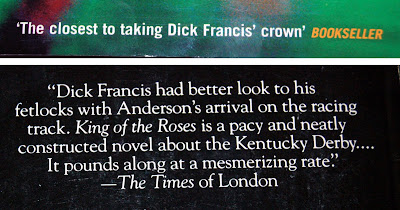 He will always be number one in my book!


Thank you, Dick Francis, for the words and the memories. My dad and I will miss you.
Posted by Braymere at 10:05 AM