I'm sick. It's nothing serious--just a bad cold--but I've barely made it off the couch since the kids went to school. I've had a couple people suggest ideas for tack tips (thank you!) and I'd planned to post one of those today. That's not going to happen, though. I just don't have the energy to do a good job of it...

Instead I'm going to post some pictures that make me feel all warm and happy--pictures of the best pony ever. This is Snickers. 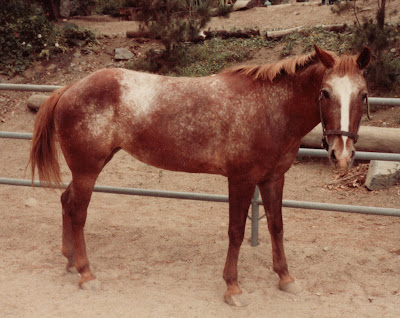 Although I didn't actually own her, Snickers was my best friend during my teenage years. She belonged to a day camp that had a nice string of riding horses and ponies. The horses worked in the summer and were leased out to various people during the "winter" (actually September through May). I was part of the camp's Horse Staff for the four summers between 1983 and 1986. 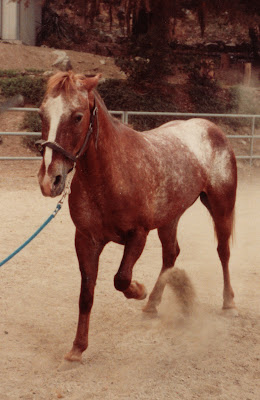 Snickers was small (about twelve and a half hands) and ornery. She was not particularly popular with anyone but me and did not get leased out most winters. Instead the camp's owners boarded her and the other "undesirables" at whatever low cost stable they were able to find in the area. This was wonderful for me. I was able to ride her as much as I wanted and pretend she was mine. And really, she was mine for a couple years anyway. 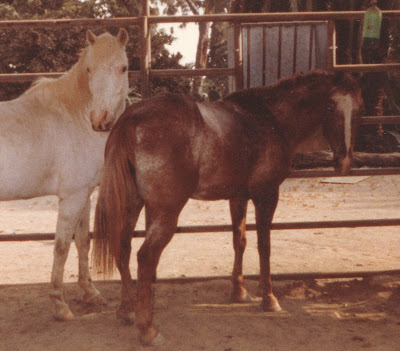 I have a First Impression resin that I want to have painted to look like Snickers. She's a complicated color and most of the artists who could do a good job of it have closed books or are way out of my price range. Still, I'm sure that one of these years the right opportunity will present itself. I'm really looking forward to that. Snickers was my horse of a lifetime--at least so far!
Posted by Braymere at 12:38 PM