Even though I've been collecting horse shaped objects for more than thirty years, this is my first real Hagen Renaker (I'm not counting the little tiny ones that came on cards. I had some of those as a kid but none have survived intact.) 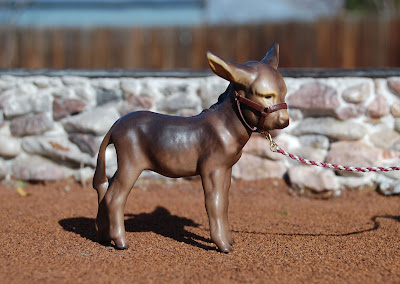 I recently bought this little guy on eBay for less than $30. I'm not sure if that was a good deal, but it certainly seemed reasonable to me. He's so cute that I really don't care much one way or the other. The only bad thing is that now I'm thinking he needs a mama... and I so don't need a new collecting addiction! 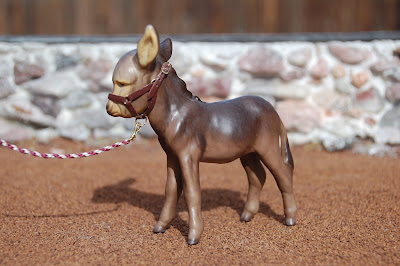 He doesn't have a name yet, but he does have his own halter. Somehow they don't feel like they're really mine until they have their own clothes! 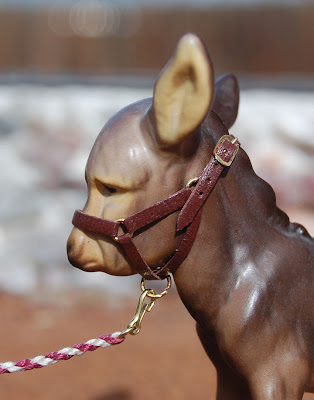 The halter has the criss cross bottom section that you sometimes see on halters for very young foals. I don't think I could have made a regular halter that would have fit this guy's uniquely shaped head nearly as well.
Posted by Braymere at 11:57 AM