Let me start out by saying that I am not an expert on anything pertaining to saddleseat. I've ridden in a park saddle exactly one time and that was a joke. 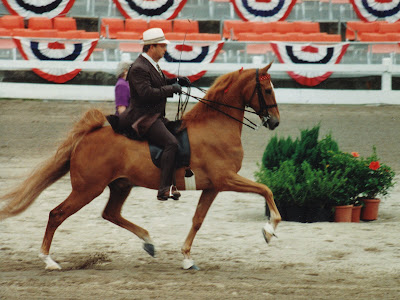 Years ago, I was invited to go riding with a friend who owned a pair of Morgans that were stabled just outside Griffith Park in Burbank, CA. I'd only ridden with Janie a couple times, and was expecting a pretty tame ride so I chose to use her park saddle just "to see what it was like". Oh, bad decision! Instead of riding around a ring, we went straight up the mountain. The whole ride was up and down and up and down and it was all I could do to hang on to that flat, slippery saddle. All subsequent rides with Janie were enjoyed in a Western saddle! 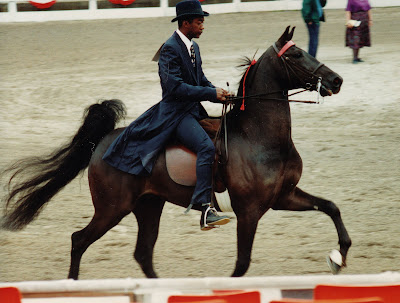 I have three orders for saddleseat saddles on my workbench right now, and all three of those saddles are supposed to be black. That's interesting to me. I could be wrong, but my strong impression has always been that the default tack color for that discipline is brown. Dark brown--dark enough that it might be mistaken for black from a distance--but still brown. I'm not sure I've ever seen a saddleseat type saddle that wasn't brown. 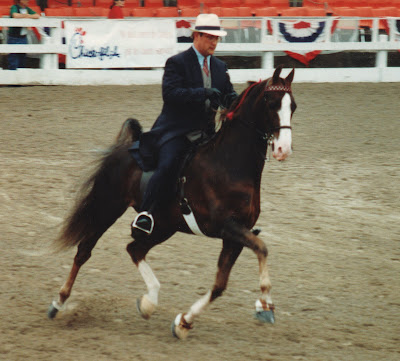 With the exception of dressage tack, parade saddles and synthetic saddles of all varieties, you don't see a lot of black tack in the real world. You do see it the model show ring, though, and I think that's ok. Tack color is a style thing, and there's really no reason the model world has to have exactly the same styles as the real world. I'm too much of a traditionalist to embrace nonstandard colors in my own tack collection, but if you think your model looks wonderful in a black Western show saddle, I won't hold it against you! 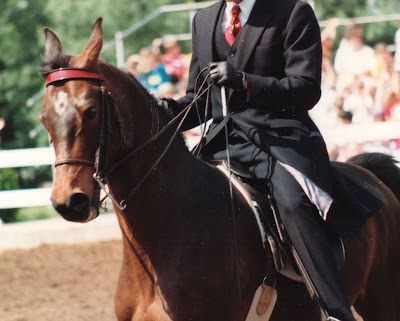 As a tack maker, I find black to be the easiest color to work with. There are no color matching issues. Black is black! The tooling leather, skiver and lace are all going to match just fine. I've also found that I can recycle brown leather pieces that didn't dye evenly. Rather than throw them out, I just redye them black. Truth be told, I'm delighted to have three black saddles to work on even if they're not exactly what you'd see in the real world. 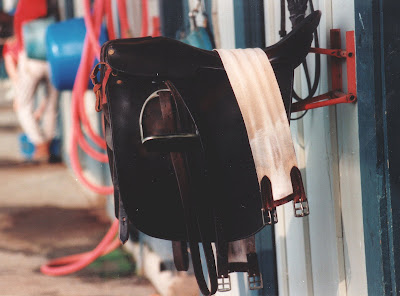