The primary Jennifer Show Monday Funday activity is going to be a group trail ride, and I have been tasked with finding the perfect rental stable. I've made a list of a few promising candidates, all of which I will audition this summer.

It's a tough job, but I am willing to make the sacrifice.

Yesterday was the first meeting of the Jennifer Show Trail Ride Committee. Fabian Rodriguez, Teresa Fedak and I took I-70 up into the mountains. We turned onto the Central City Parkway... 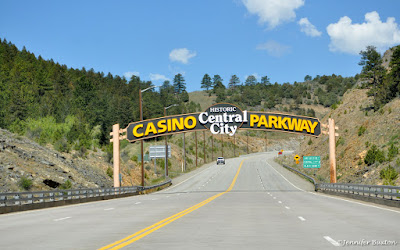 and drove another seven miles... 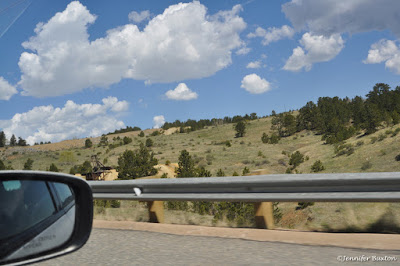 before turning on to a dirt road. 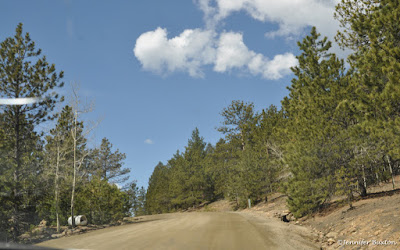 A mile and a half later, we reached our destination: A&A Historical Trails. 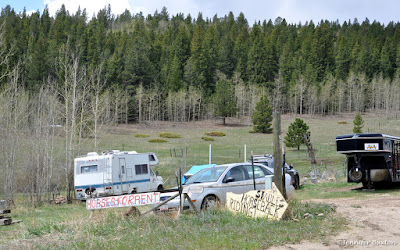 Our horses were saddled and waiting for us. 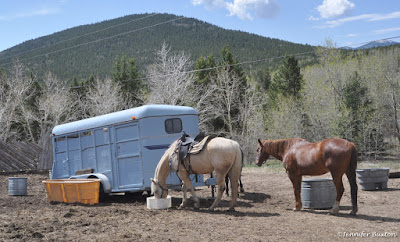 I was initially assigned to a big chestnut gelding named Jamba. He had caught all of our eyes as soon as we'd seen him, so I was pretty pleased to get him. 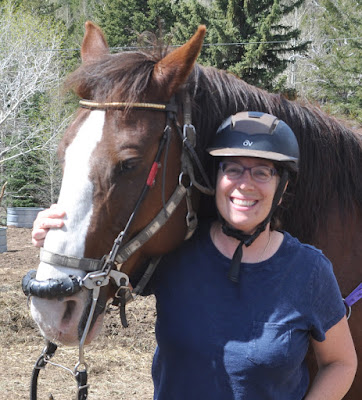 Then the stable owner looked at our boots, and decided to give Jamba to Teresa instead. I was so disappointed! 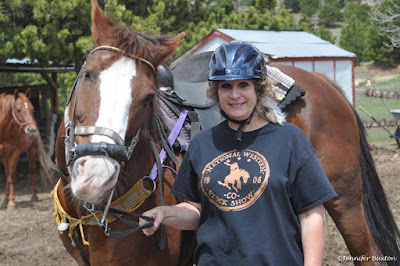 My next mount was a plain bay mare named Bonnie... 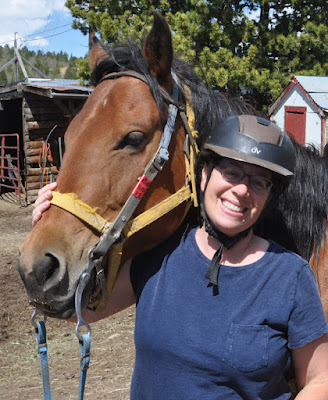 and Fabian's horse was a pale palomino gelding called Tonka. 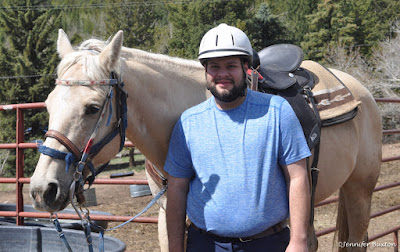 We mounted up and headed out. 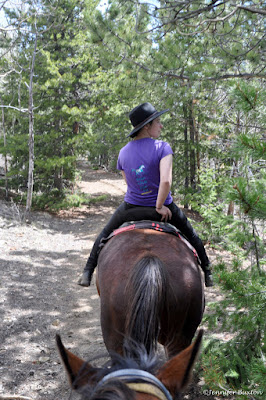 Our destination was the wooden structure on top of a nearby mountain. 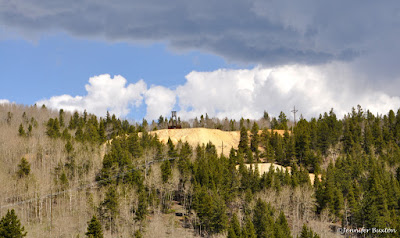 We rode by a lot of abandoned buildings... 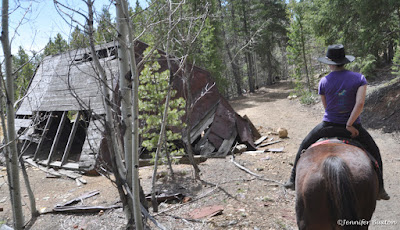 and through large stands of aspen trees. These are just beginning to bud now, but should be absolutely resplendent in September. 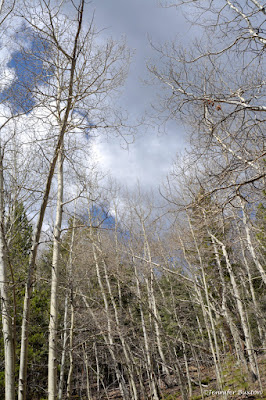 The views were spectacular... 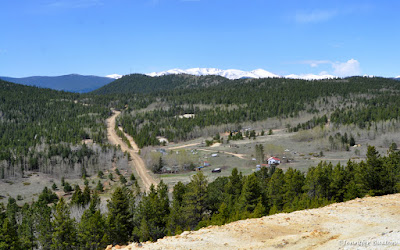 and the horses were very well-mannered and easy to ride. 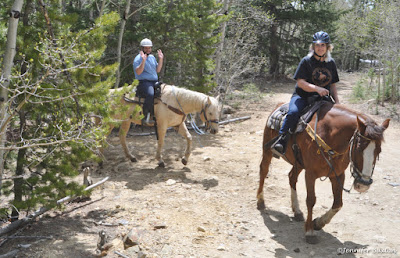 We reached the mountain top in no time. 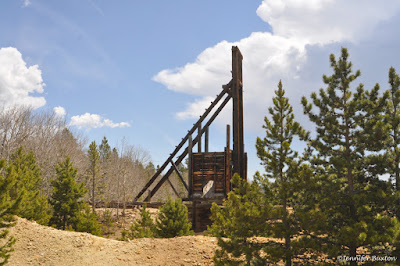 This is part of an old mine. I can't remember the official name, but the locals call it the Guillotine Mine. 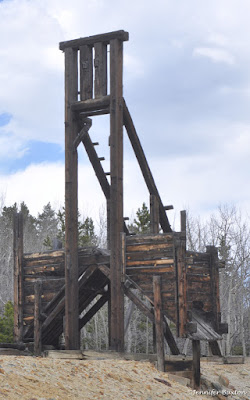 We took pictures with a mine view... 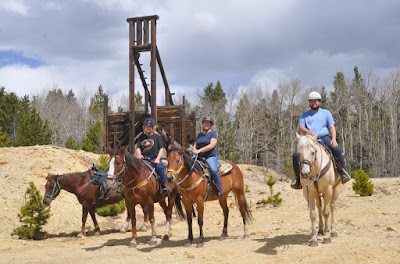 and a mountain view. 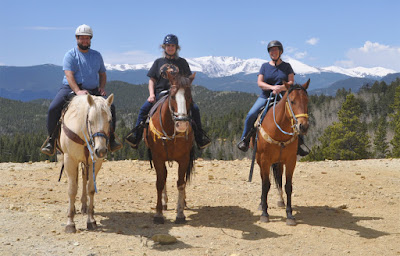 It was really beautiful up there. 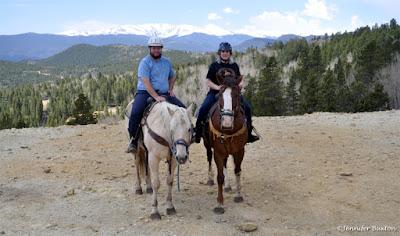 I took a few more pictures of my friends... 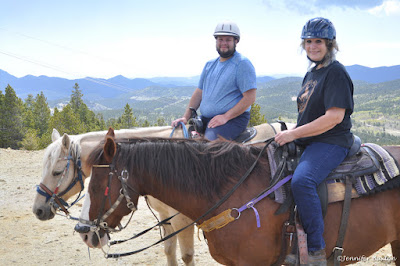 Then we headed back down the mountain. 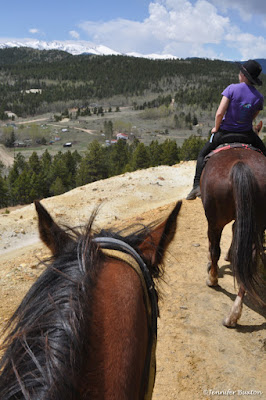 After our ride, we had lunch in nearby Idaho Springs. This mountain town is filled with great restaurants and would be a nice alternative destination for spouses and showers who want to be part of Monday Funday but don't care to ride. 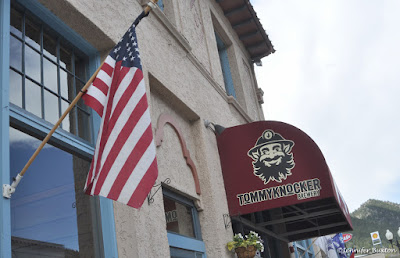 I'm still planning to audition the other places on my list, but it's going to be hard to top A&A Historical Stables. The location and price are top notch, and I think we'd all be happy to ride a horse like Jamba Bonnie!
Posted by Braymere at 8:09 AM