Two years ago, I asked Tiffany to paint my Adalee Hude Toot Sweet resin "roany pintaloosa." The result was so cute, I named her after Cuter Than Meeka, in honor of Tiffany's equally adorable dog, Mieka. 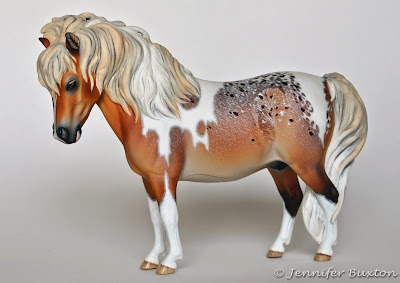 That same year, my friend Janna Shepherd gave me an unpainted Kristina Lucas-Francis Little Kisses resin. As soon as I unwrapped her, I knew three things: 1. she was Meeka's baby. 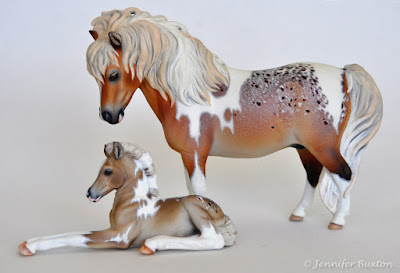 2.) She wanted to be a pintaloosa. 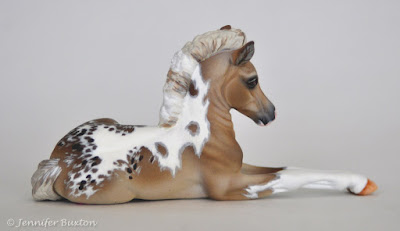 and 3) she was going to be named after another one of Tiffany's animals. 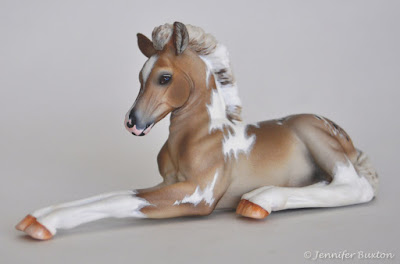 In this case, that animal is Tiffany's tortoise shell cat, Pixel. 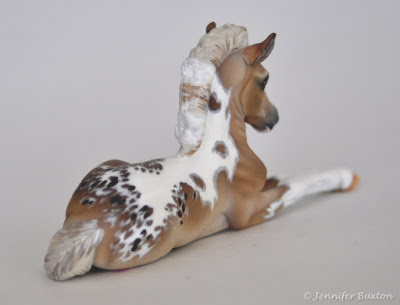 This foal really couldn't be much cuter. She is worthy of her name, Cuter Than Pixel. 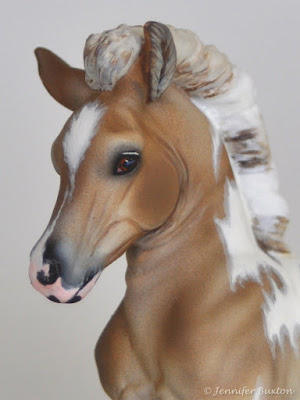 Thank you much to both Janna and Tiffany. I am so lucky to own this adorable girl and even more lucky to have friends like you!
Posted by Braymere at 11:02 AM