In the early days of this blog, I started each year with an ambitious list of hobby goals and resolutions. These were supposed to keep me focused and on track, but instead, they became tangible proof of one embarrassing fact: My list never really changed. Clear the backlog! Be more organized! Paint at least one model! No more unpainted resins! Blah blah blah! 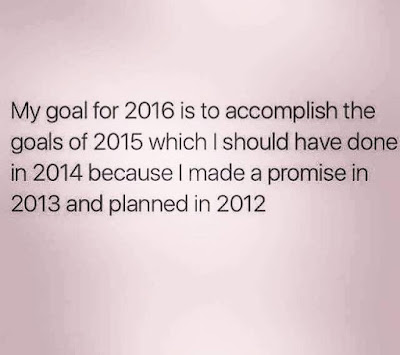 As much as I would love for things to be different, I expect 2016 will be more of the same. I probably won't clear my backlog, and organization will continue to elude me. I may or may not paint a model, and I've already bought one unpainted resin (oops). 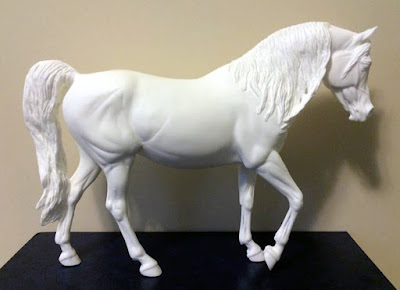 That said, I do have a few realistic goals that I am determined to achieve. The first is to finish this harness and make a serious dent in my backlog. I don't expect to clear it completely, but if I can't get my business back on track, maybe it's time for me to do something else. 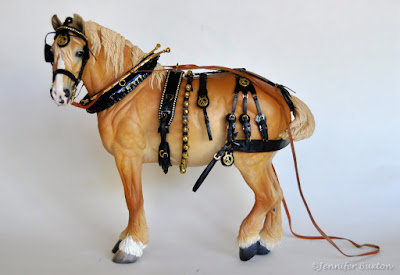 I  plan to attend at least one live show as a contestant, rather than a judge. It's been nearly two years since I've put a model on the show table, and that is much too long. 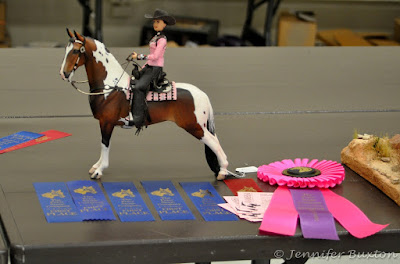 I also want to spend as much time as possible with my fellow hobbyists, because there are no guarantees in life and I really do love you guys. 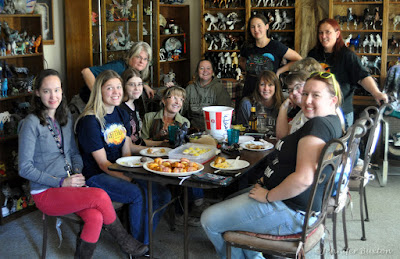 On the blogging front, I'm about six weeks away from my three millionth pageview. I'd like to celebrate the milestone with some kind of giveaway. It probably won't involve a saddle, but three million is a big deal. I want to do something.

There are other goals, too, but these are the main ones. Work hard. Show a little. Enjoy the people. Keep on writing. It should be a good year.
Posted by Braymere at 4:34 PM