The zombie has landed

Five months ago, Kristian Beverly celebrated the premier of AMC's Fear the Walking Dead with a giveaway on her Five Paws Studio blog. Every person who left a comment on her blog during the contest period was entered in a drawing. The prizes included custom zombie dolls and zombie pony pouches.

I am not a zombie fan, but I am a fan of Kristian Beverly. I left one little comment telling her as much.

Then this happened.
My prize box arrived today. 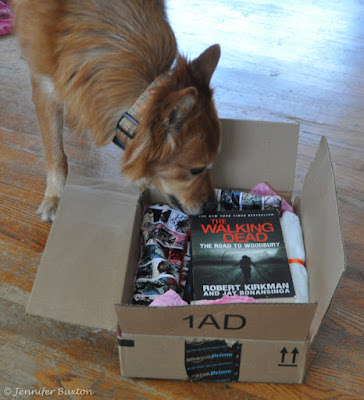 Inside I found three young adult books. This is perfect because although James loves to read, he really hates going to the library. He prefers books to appear with no effort on his part, like magic. Today, thanks to Kristian, that's what happened. 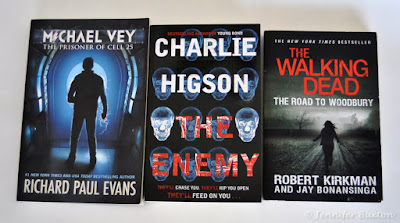 There were also not one, but two, zombie pony pouches, 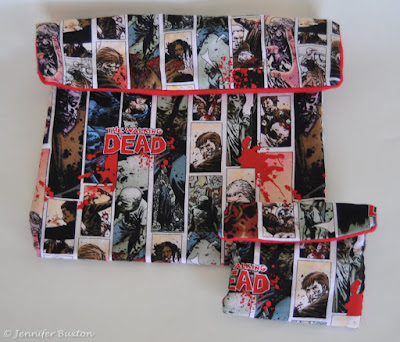 a lovely stable halter with a nameplate that reads "Zombie Slayer"... 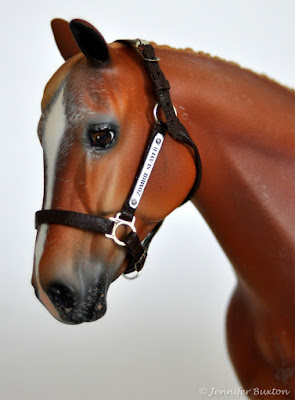 and, of course, that custom zombie doll. 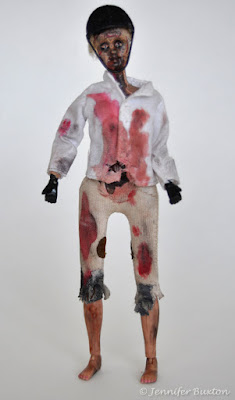 Knowing that my zombie knowledge is lacking, Kristian also included a documentation card to help me put my zombie to good use. 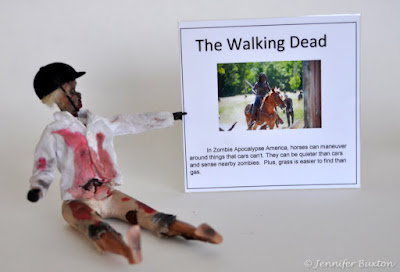 I think I've got this right... 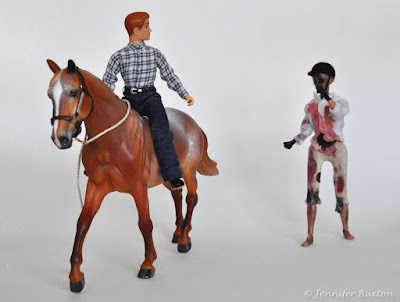 I may not be a zombie fan, but this was a really fun box. 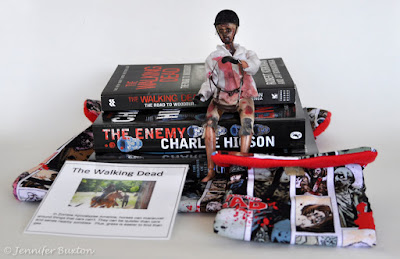 Thank you so much, Kristian!
Posted by Braymere at 3:39 PM

Labels: my hobby life, Tack by other tackmakers