My holidays just got a little Purdy-er. 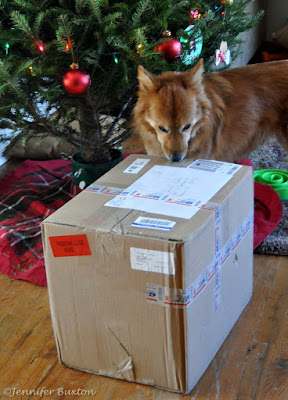 Among other things, my Christmas box from Tiffany contained two original finish Breyers. This one is for Liliana... 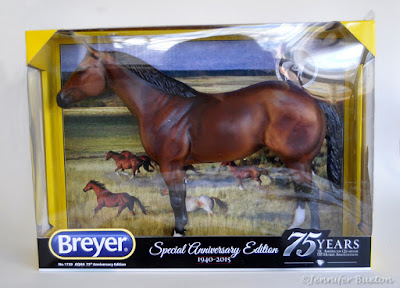 but this one is mine to keep. Old Timer is one of the few Chris Hess molds I've never owned. I always wanted one when I was a kid, but he was one of my best friend, Sarah's, horses. She and I generally tried to avoid duplicating each other's models so I did without... until now! 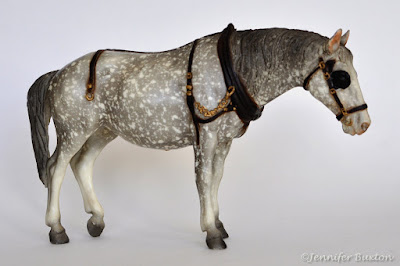 Because I've never had one, it took me a few tries to figure out the hat. 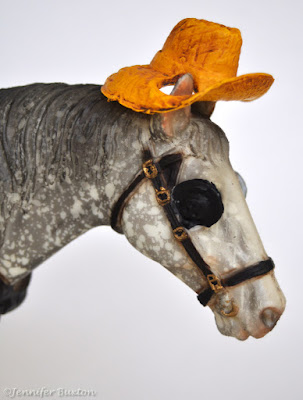 I'm pretty sure this is right. 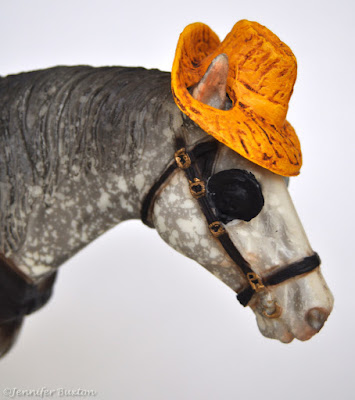 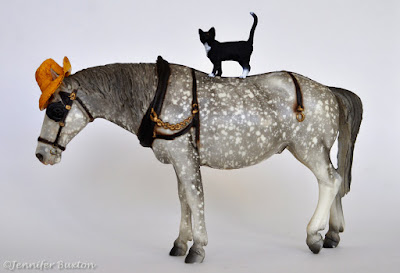 There was also a gift from Erin. 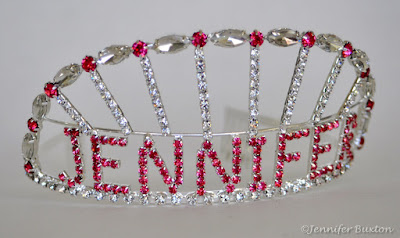 I've never owned a tiara either, so this also took a few tries to figure out. Don't I look Purdy?
Thank you so much, Tiffany!
Posted by Braymere at 2:17 PM