The model horse hobby is filled with women who never played with dolls as children, but now, inexplicably, have entire collections of expensive, custom made rider dolls.  Today's guest post tells the story of two dolls owned and loved by my friend and performance shower extraordinaire, Sandy Sanderson.  Thanks, Sandy!

It all started a long time ago...  and it's all Lori's fault....
I used to just buy pony pouches from her.  Then one Breyerfest, in a small room in the 100 block, or was that the 500s?? Who knows, all I remember it was in a cheap hotel room in a Holiday Inn....  I saw this cowboy laying on the bed. He was an old school wrangler, from the '70's by the way he was dressed.  I had to make him mine. Fifty bucks later we walked out the door together. 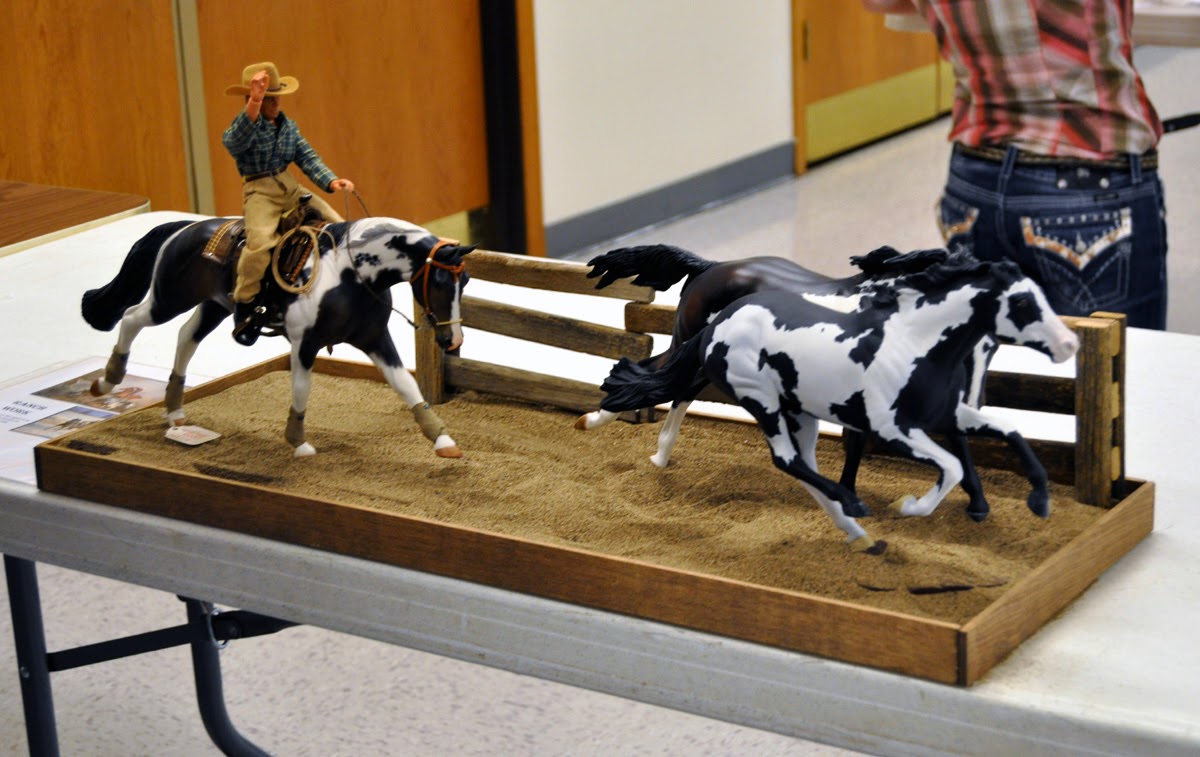 Hank and I were together for a lot of years...a versatile cowboy like him, well, we won a lot of competitions. 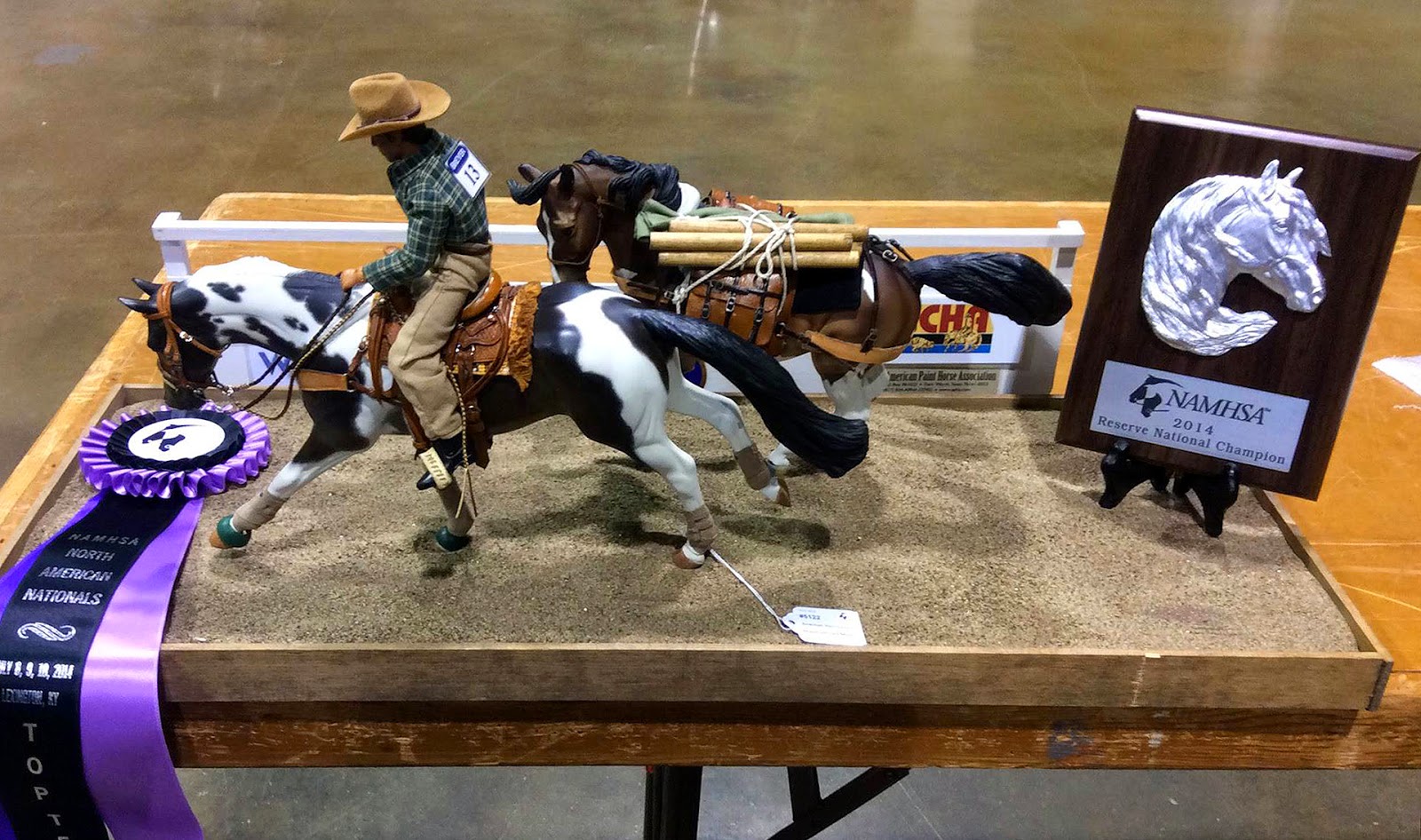 But time takes its toll on a hard working ranch hand.  Hank's right shoulder gave out...right in the middle of a roping class!!! 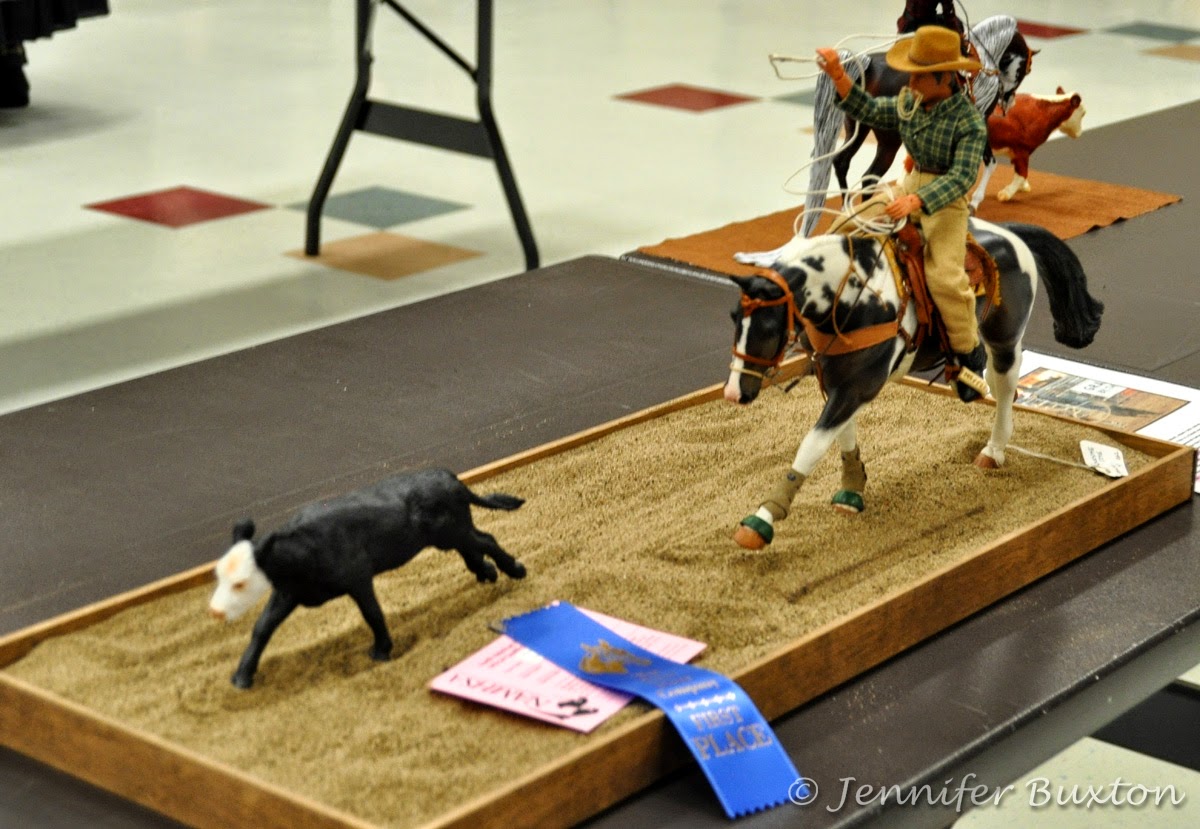 Luckily, it happened in Kentucky, and Lori just happened to be there. Could she hook me up with a younger, less beat up cowpoke? Of course, she says. So off we go to that dank motel room...  Pete was his name. Fit, trim and really tight joints! Just what I needed, and he was dressed a lot like ole Hank! I couldn't resist. 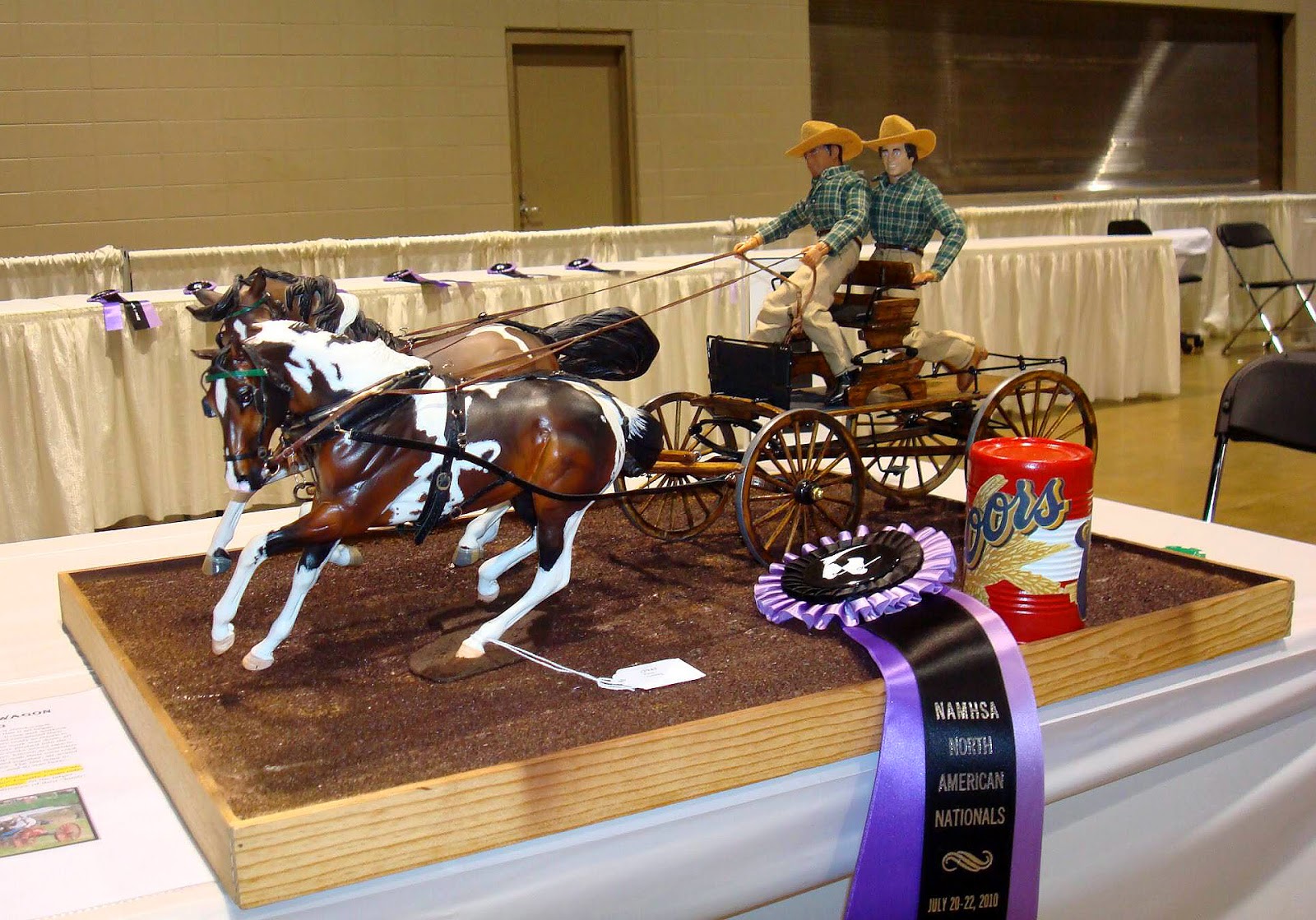 Months passed and Hank just hung around the tack box, all depressed and such...until Pete asked ole Hank to join him as his ride along on his Chuckwagon race team. 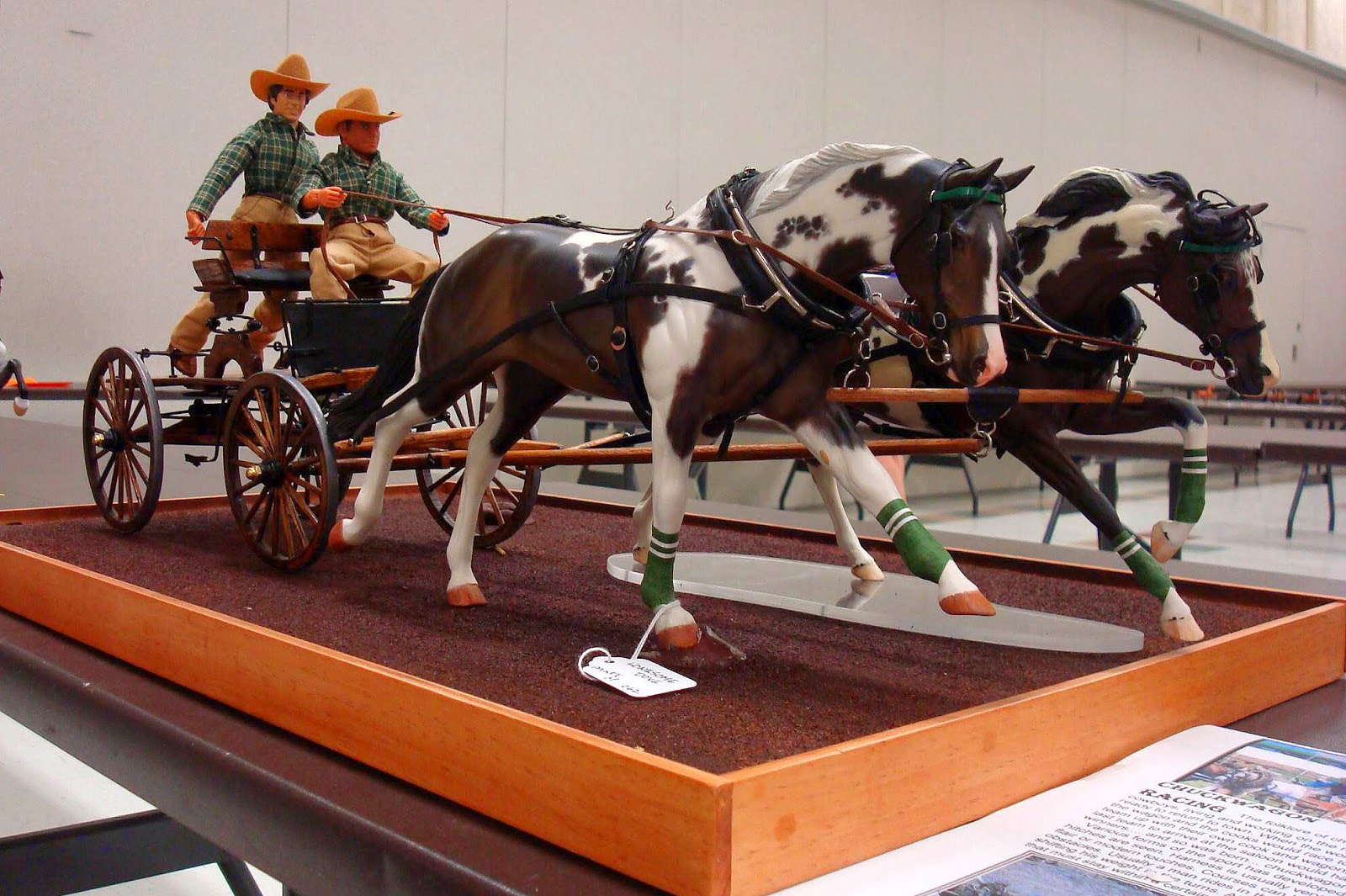 The rest is history. Those two boys got along like peas in pod... 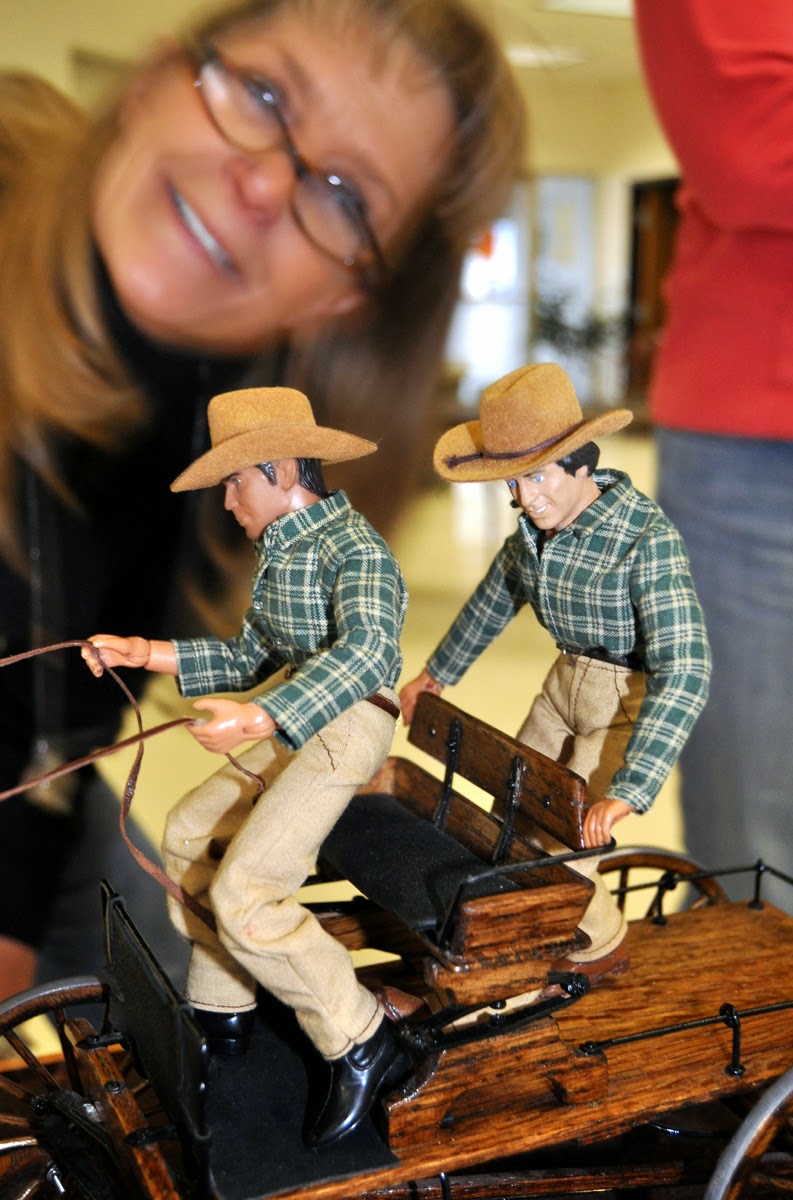 and they immediately started winning.  They even came real close at the Nationals  to earning a Top Ten ribbon two years in a row. 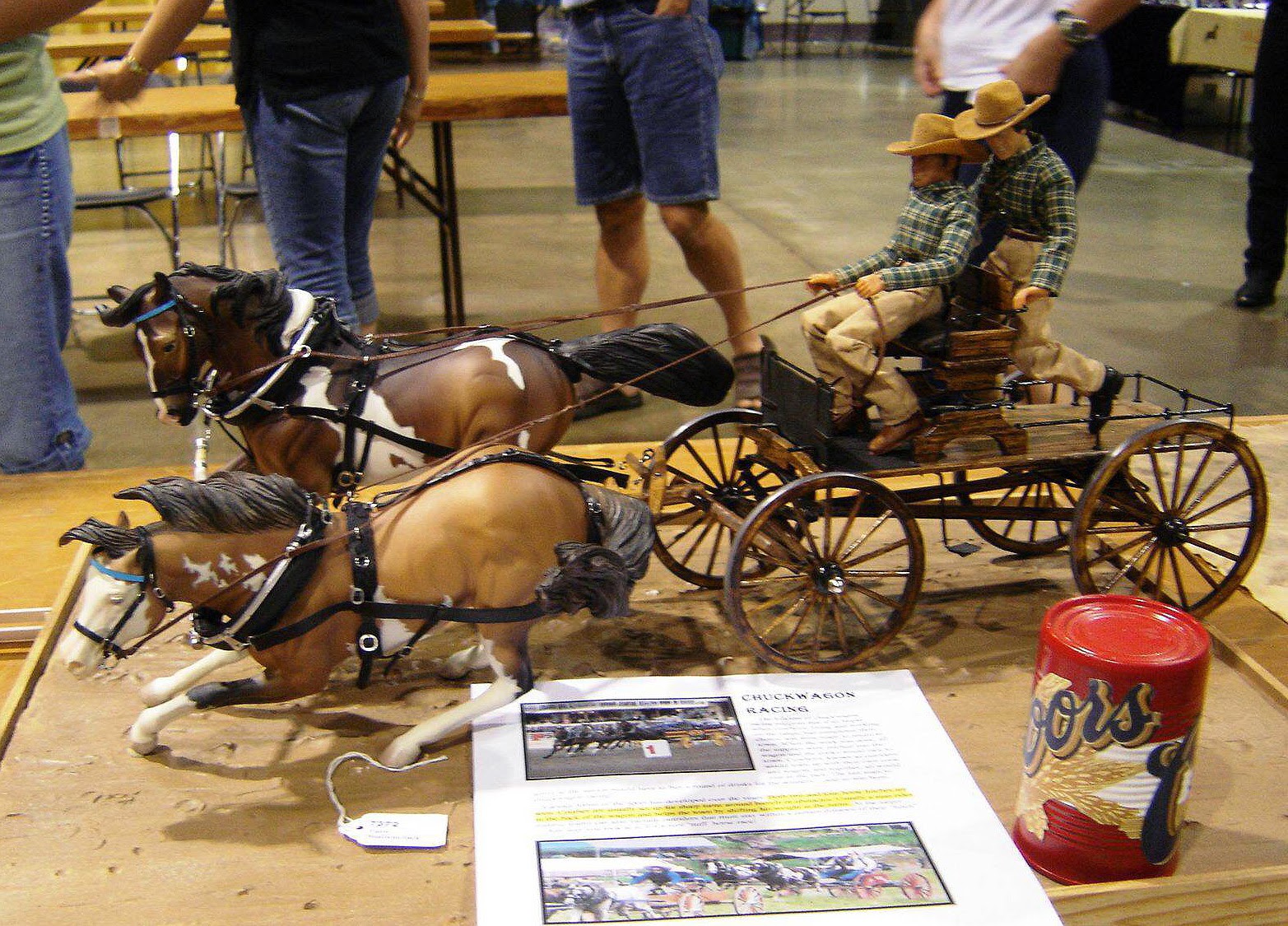 Occaionally, the age difference gets in the way.  When that happens, they'll take on separate gigs.... 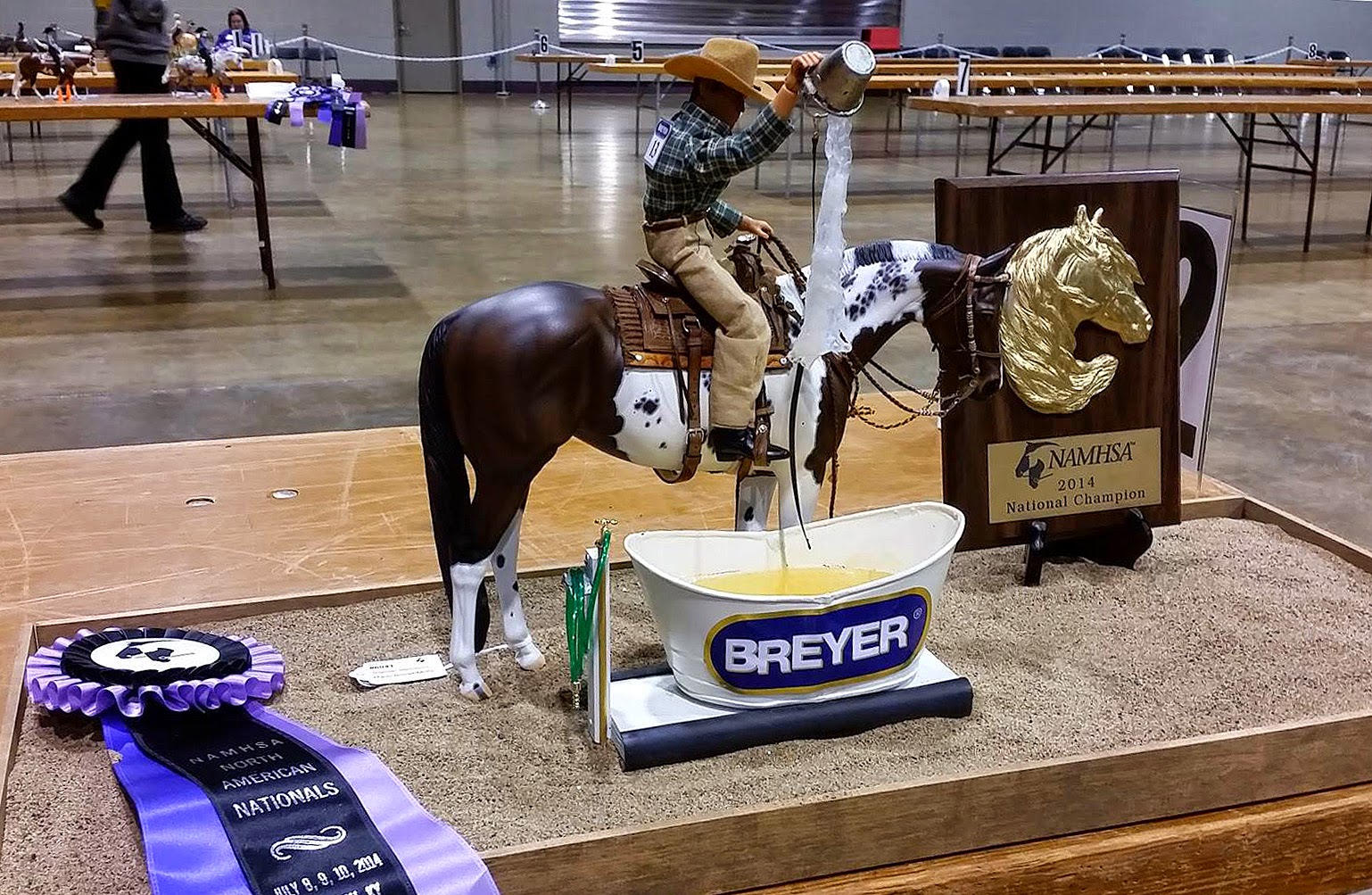 each a champion in his own right. 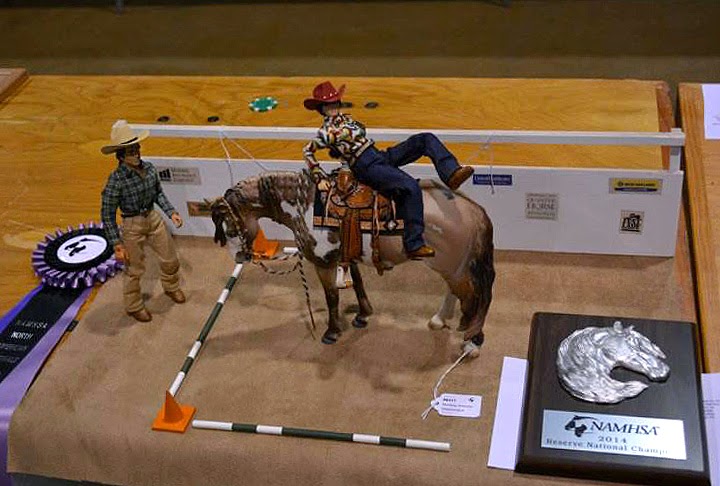 Fortunately, they always get back together in the end.  A partnership like this just can't be broken up, not even by Jennifer's jumping mule! 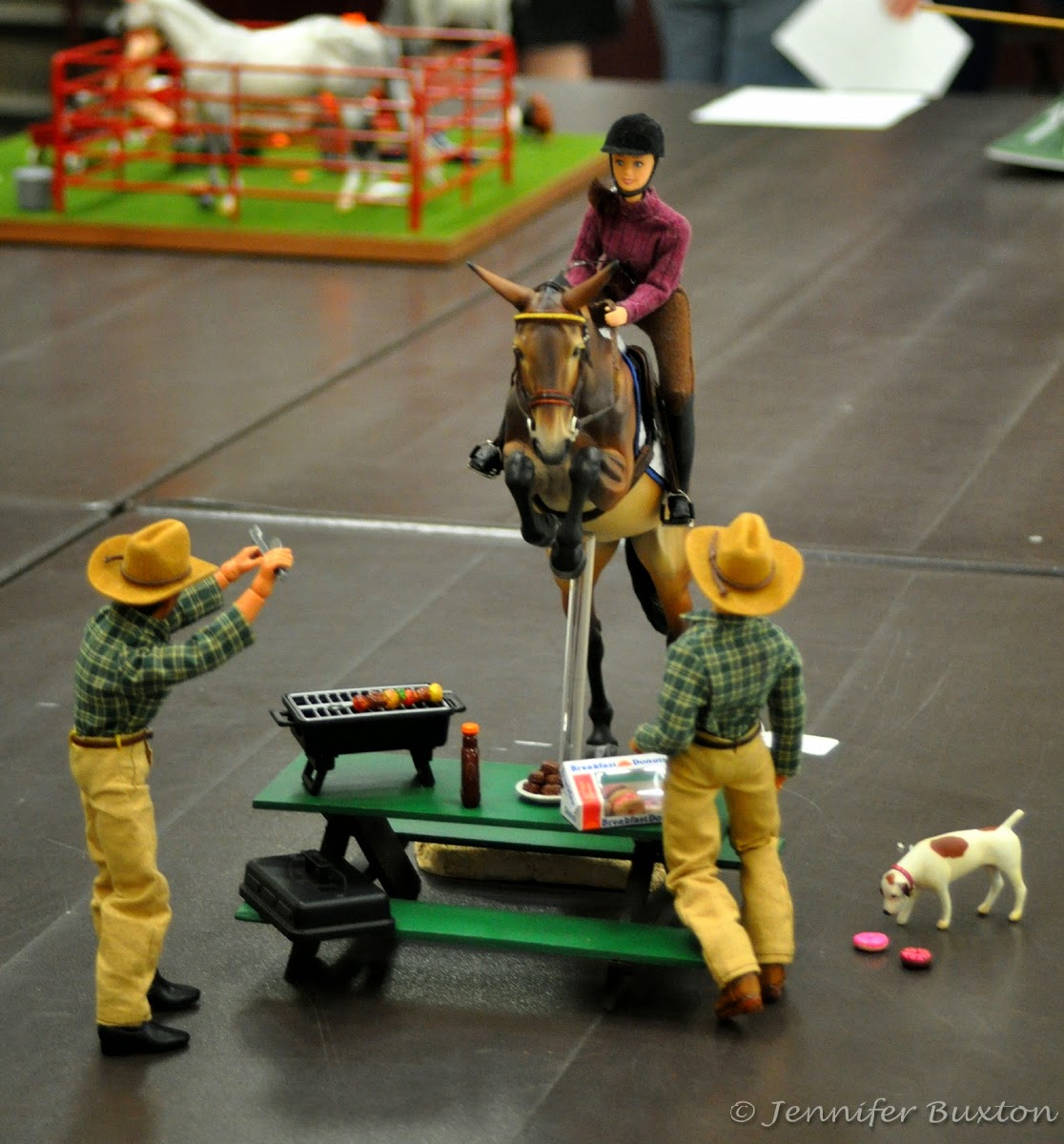 Long live the Brokeback cowboys!
Posted by Braymere at 2:05 PM