The Summer Riders by Patricia Leitch was another favorite title on my Scholastic book shelf. 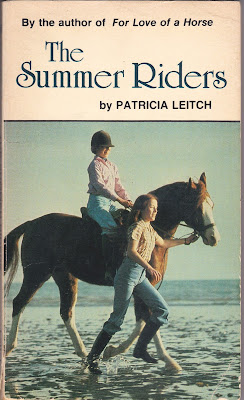 In this sequel to For Love of a Horse, Jinny's parents invite two unprivileged children to stay with them for the summer.  Much to her dismay, Jinny is expected to share her Arabian  mare, Shantih with the girl, Marlene.  How can she make her parents understand that this is a bad idea?  After all, Shantih is a hot blooded desert horse and completely unsuitable for a beginner.  Nothing good can come of this. 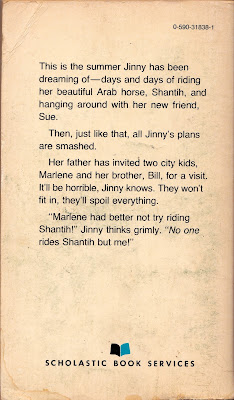 About a week ago, I hurt my back.  Seth listened to my symptoms, nodded his head and said, "Two weeks."

And I was, mostly, at least until I rode Rev. 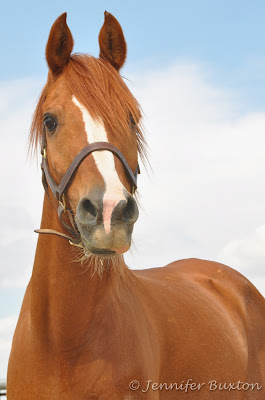 "I'm telling you,"  Seth said, as I told him about my relapse, "You need to give it more time.  Two weeks." 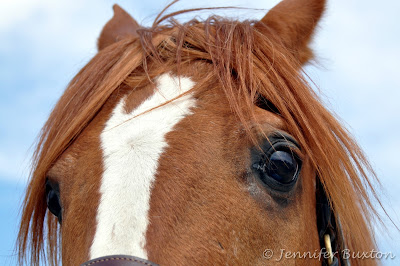 So instead of riding, I went to the barn and groomed Rev, turned him out and took roughly one million pictures of him. 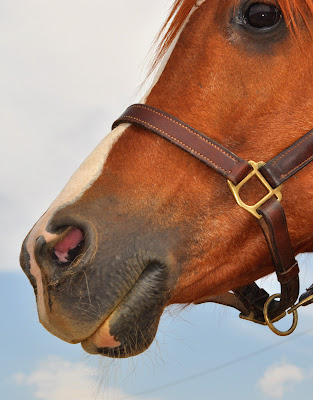 That was fun for a little while, but eventually we both wanted to do more. 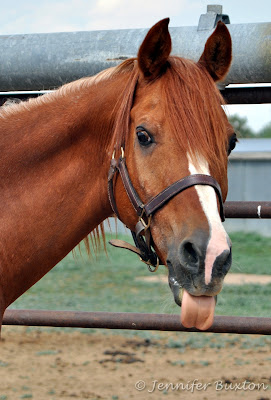 Rev is a horse that thrives on work and attention.  He doesn't want to stand in his pen and do nothing all day.  Since I can't ride him myself, I decided to recruit some summer riders. 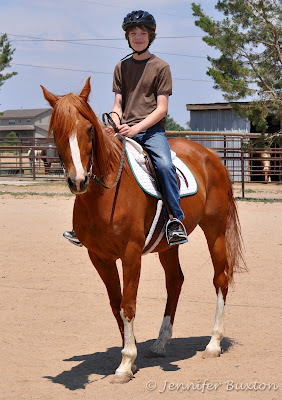 Like Shantih, Rev really isn't a beginner ride and Ryan really is a beginner. 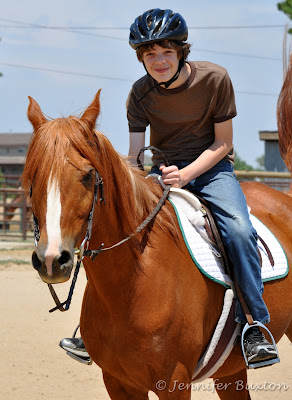 Fortunately, I'm not like Jinny.  I love sharing my horses, and I know how to take care of beginners.  We started on the lunge line and did a lot of walk-halt transitions and changes of direction.  After a while, both Ryan and Rev were relaxed enough to explore the arena on their own. 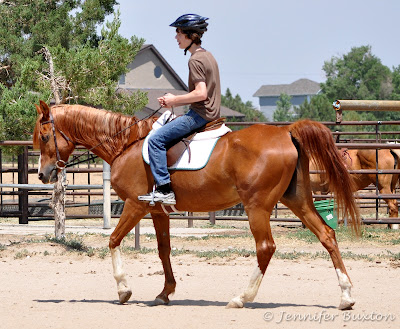 Today it was James' turn. 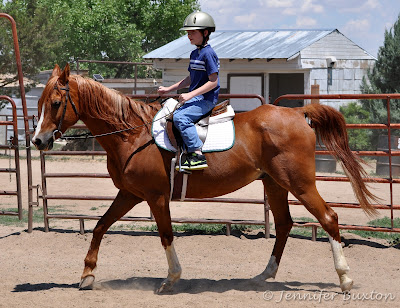 Although he's younger than Ryan, James has spent a lot more time in the saddle.  He asked me if he could trot, so we headed right to the round pen.   Things started out well... 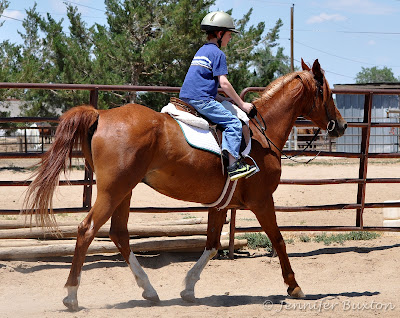 but then James' leg started to slip... 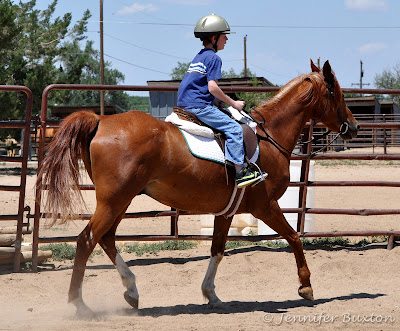 and Rev got worried. 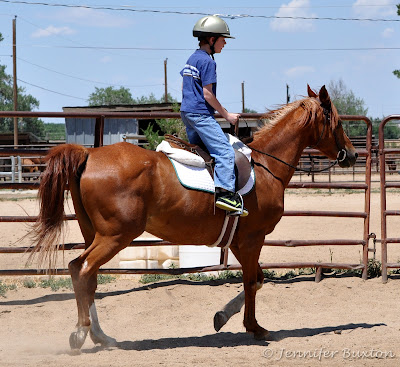 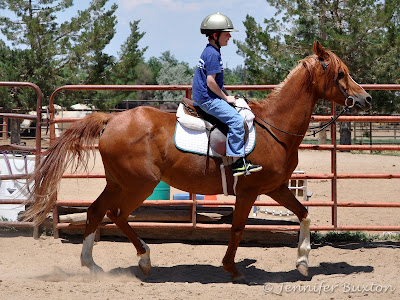 We regrouped and talked a little about pace and contact. 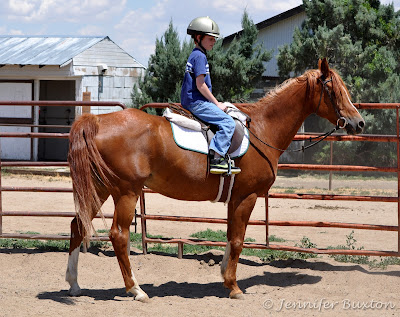 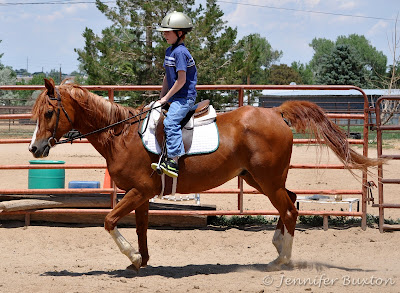 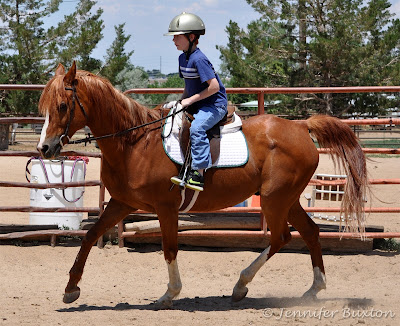 Look at them go!  Oh, this picture makes me so happy! 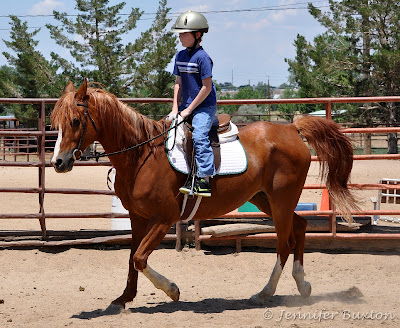 After the excitement of trotting, we went back into the big arena... 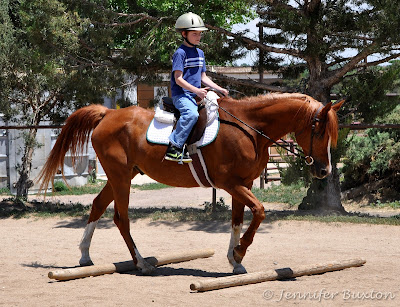 and James and Rev spent some time walking over little obstacles. 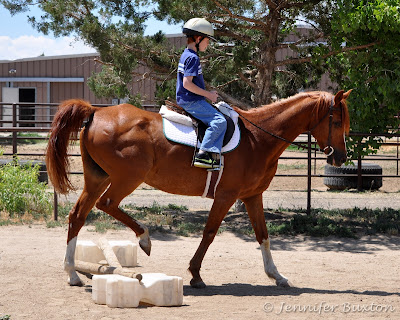 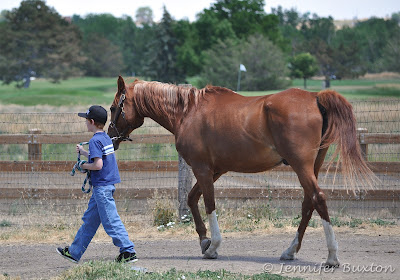