I have a confession to make: I don't really know a lot about saddleseat tack.  Don't get me wrong--I understand the basics well enough, and my work has done just fine in the show ring...  Still, I always feel like I'm faking it a bit. 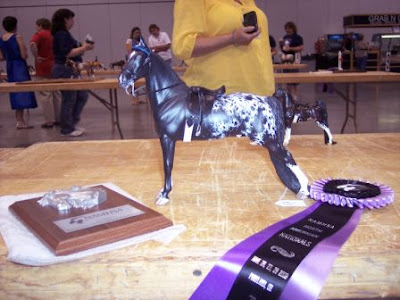 I've spent most of this week working on a saddleseat set for someone who actually rides and shows saddleseat.  This has been simultaneously stressful and exciting. 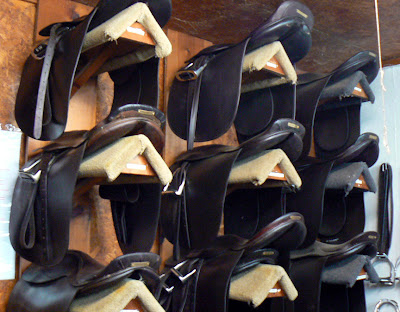 The stressful part is this--I really, really want my customers to be happy with their tack.  Tiffany knows so much more about saddleseat than I do.  I'm worried she will notice a bunch of little errors that are not apparent to me. 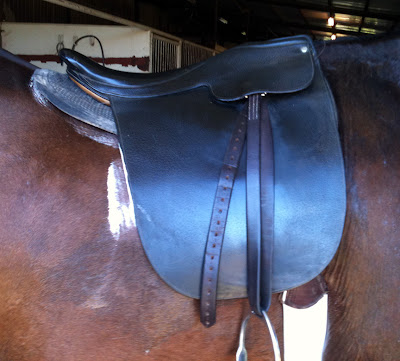 On the other hand, it has been wonderful to have her as a resource.  She's sent me numerous reference photos which have been instrumental in improving my existing saddleseat saddle pattern. 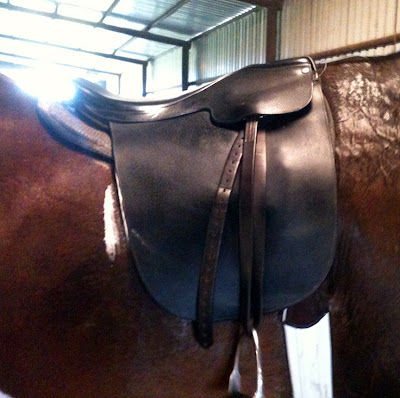 And yet, the resulting saddle still looks a lot like its predecessor.  It has a  flatter seat, squarer flap and slightly thinner panels.  The ends of the girth have been altered a bit to better match the reference photos. 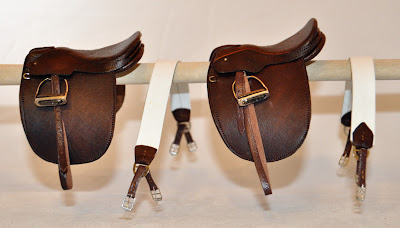 This detail shot reveals another difference--the new saddle has a square cantle with a name plate!  By themselves, these changes are pretty minor.  Taken together, I hope they move the saddle from good to great. 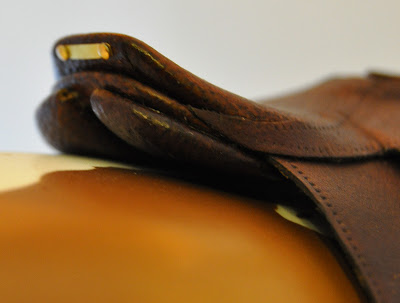 Onto the bridle!  Tiffany's photos reveal something I'd never noticed about saddleseat browbands--those dots on the browband are are actually holes! 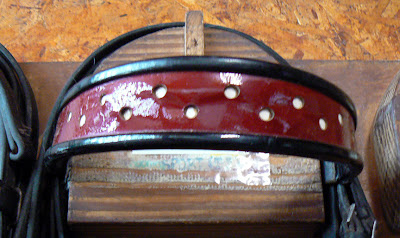 I really wanted to make a browband like the one above, but the combination of holes and rolled edges was a bit overwhelming. Instead, I decided to go with something more like this. 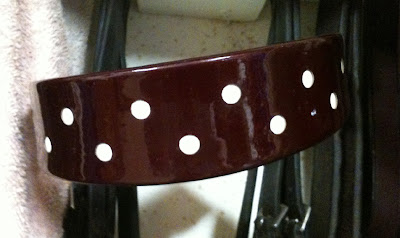 Here's the result.  This was surprisingly difficult to make.  I spent several hours on it, and I'm still not one hundred percent satisfied.  Let me tell you--it was a lot easier to just dab the dots on with paint! 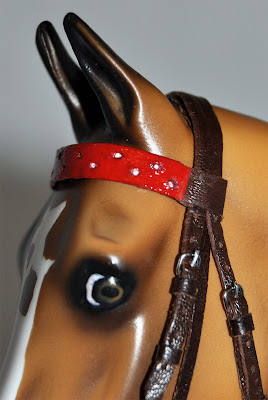 For better or worse, that's how things usually work.  The less you know, the easier it is to be satisfied with your work!  Sometimes I think I've gone way overboard with all this attention to detail.  Life would be so much simpler if I was content to just keep doing things the same way over and over.  That's just not me though.  I like to do everything the hard way.  Oh well.  Back to work!
Posted by Braymere at 7:28 PM